A cupcake isn’t a cupcake without frosting! Once you learn how to make homemade frosting, you’ll see just how good it can be. Plus, depending on the recipe, it can be so easy to make!

This post discusses all of the different types of frostings for cupcakes and cakes and gives you a number of frosting ideas for topping your own baked treats. 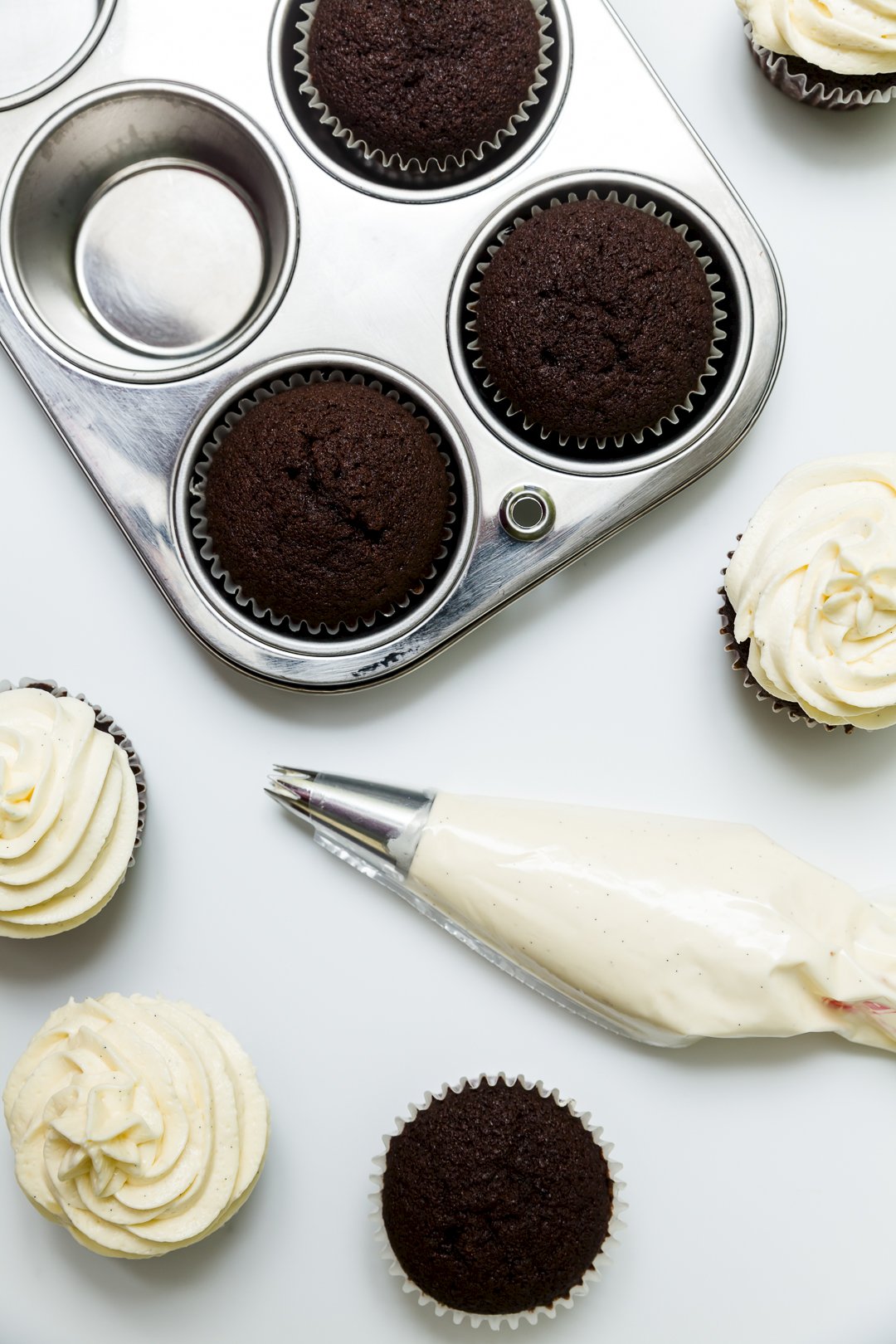 There are several key types of cupcake frosting:

Difference Between Frosting and Icing

While frosting can be piped into high swirls, icing is generally spread or poured onto cupcakes. Icing is typically flat, smooth, and shiny. Icing is also great on cupcakes!

If you like the look of icing, try caramel icing or ganache. 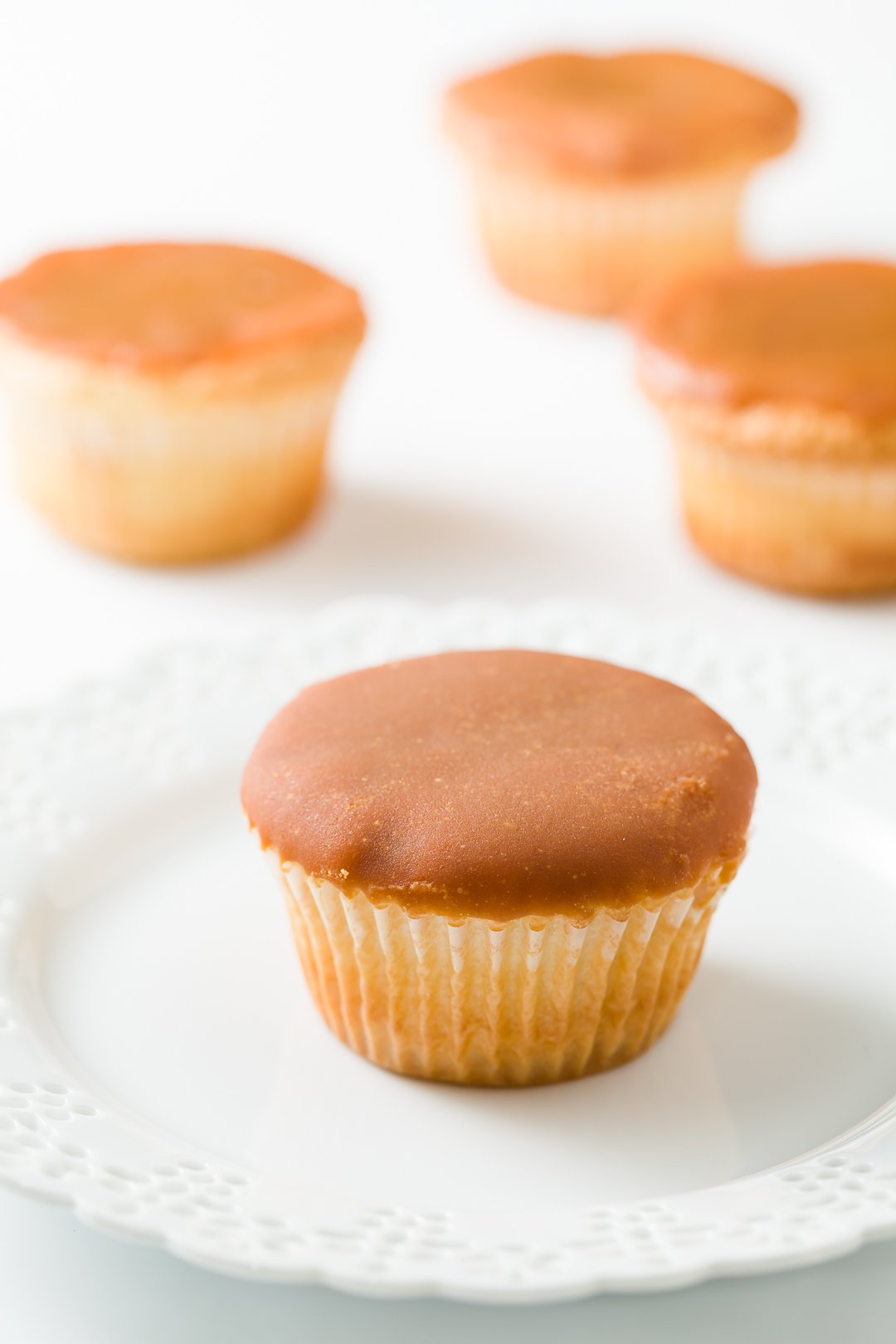 Glaze is similar to icing, but it is typically more runny until it sets. You see glazes on donuts and donut holes. Mirror glazes are extremely shiny and make for a stunning presentation.

Buttercream frosting is made using butter, powdered sugar, and whatever flavoring(s) you want to add in.

The secret to making perfect buttercream is to beat the butter for a really long time in an electric mixer. This makes sure that lots of air is incorporated and it produces a nice, light, airy frosting. 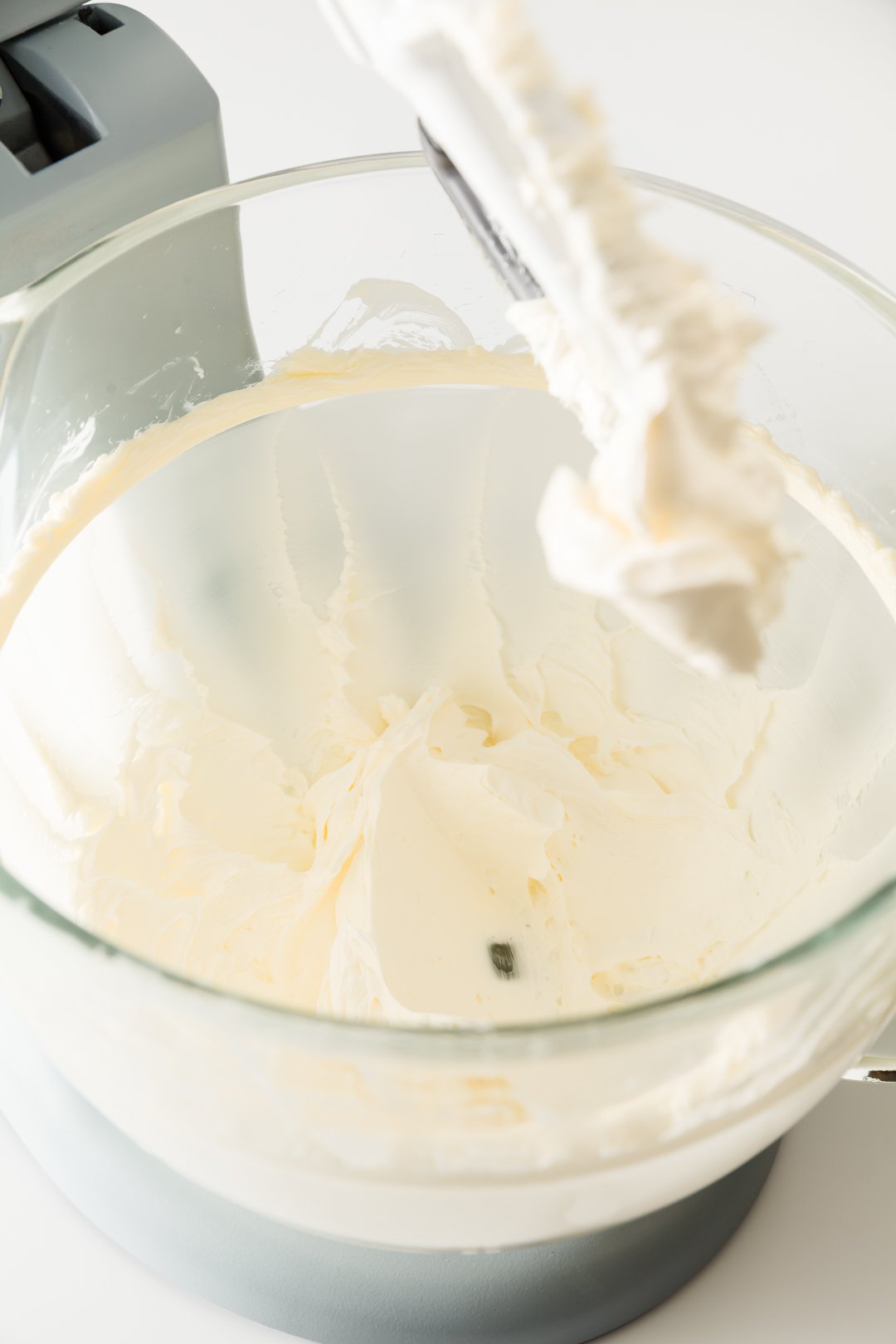 Some flavors of buttercream frosting to try are: 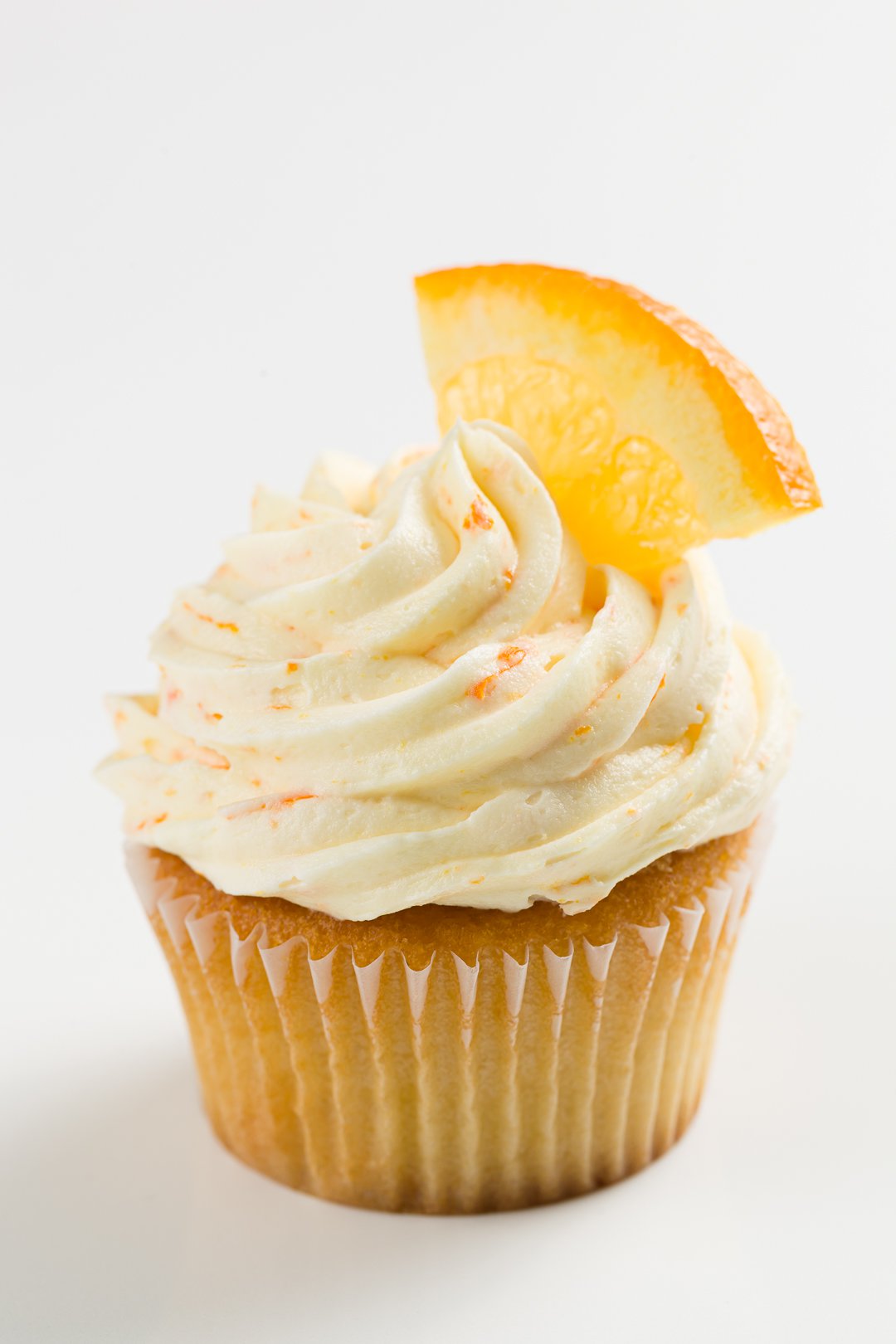 For a less traditional but perfectly fluffy meringue frosting, try my marshmallow frosting. It can even be toasted, just like real marshmallows. 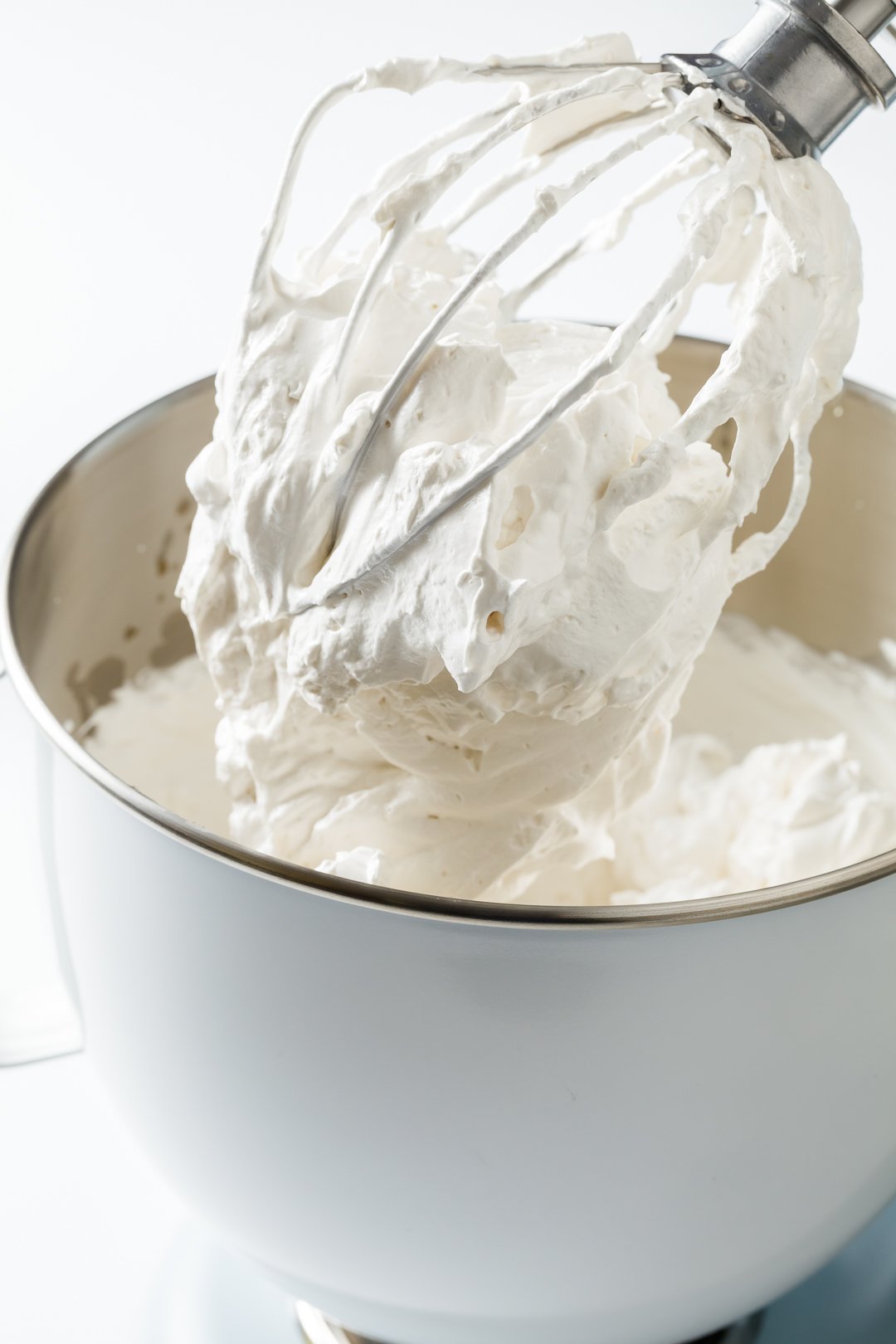 Whipped cream frosting is made by whipping heavy whipping cream until you have a light and airy whipped cream. At that point, you can sweeten it and add other flavorings. 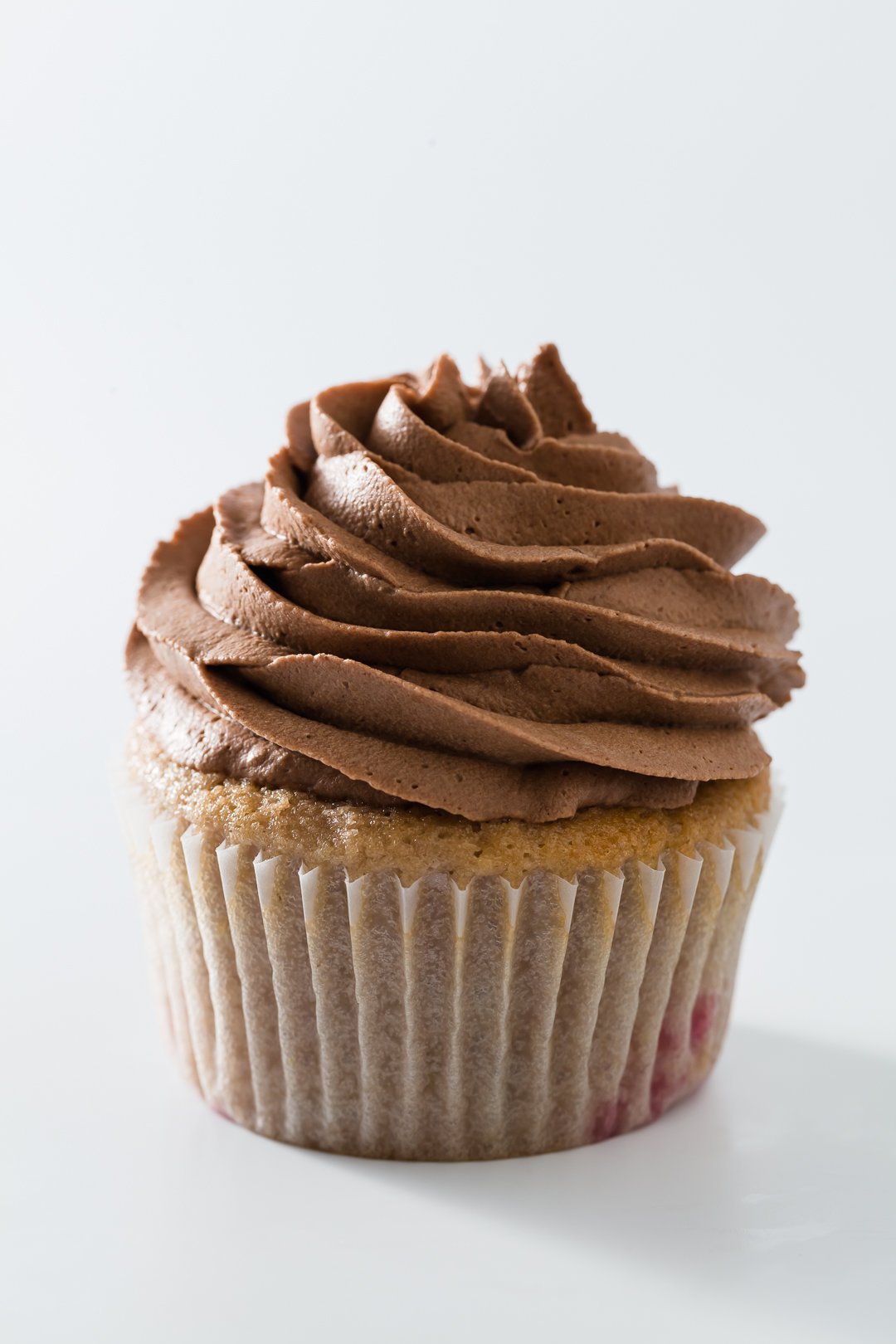 Keep in mind that if you use whipped cream frosting as a cupcake frosting, the cupcakes must remain refrigerated until ready to eat.

The secret to perfect cream cheese frosting is making sure the ingredients are all at room temperature before beginning. If the cream cheese is still cold, it will never blend in with the other ingredients.

Some cream cheese frostings to try are: 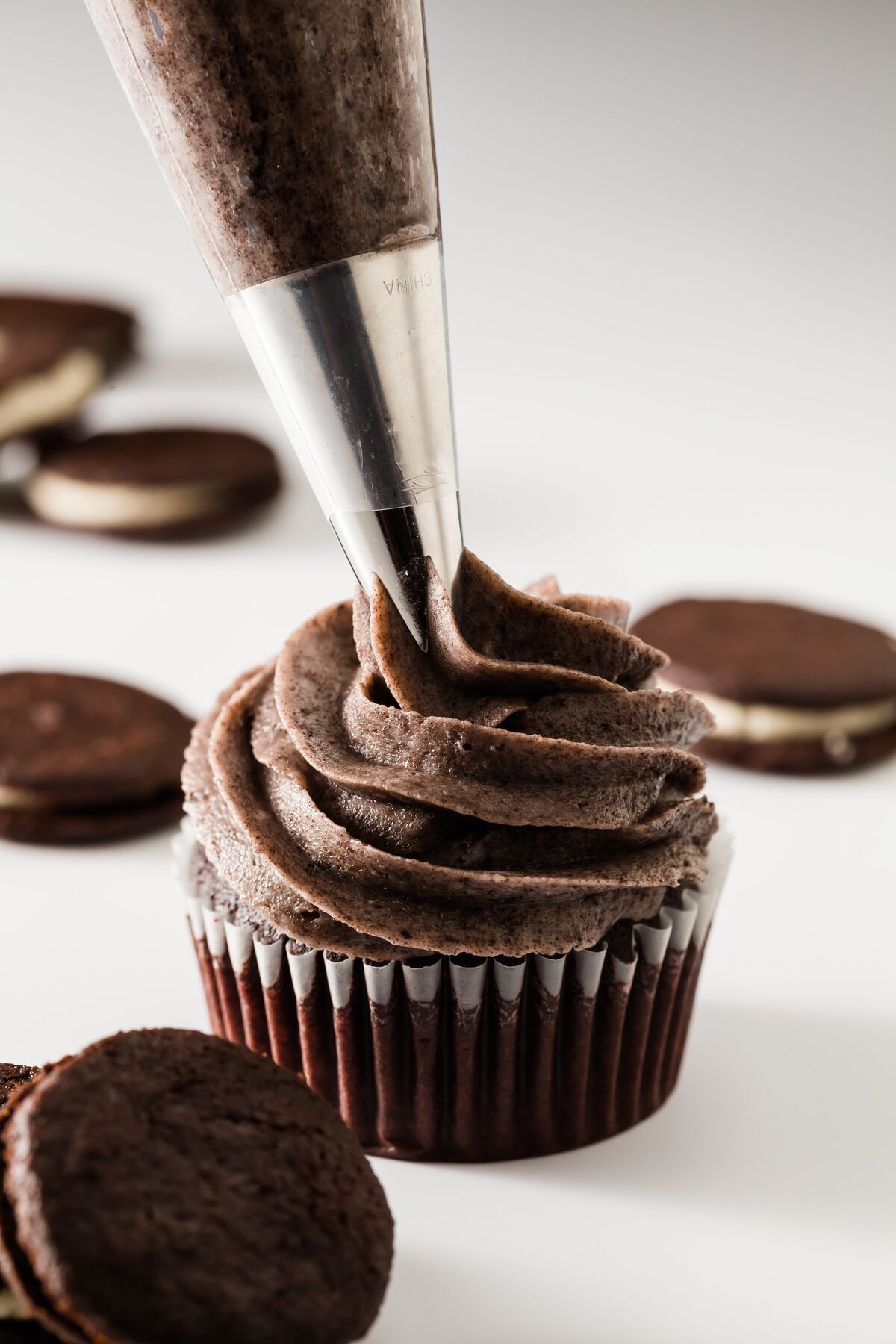 This frosting is made by whipping up chocolate ganache. The only ingredients are chocolate and heavy whipping cream.

The key to the best whipped ganache frosting is to use chocolate that you really love. The more that you like the chocolate all on its own, the more you will enjoy it in your cupcakes. 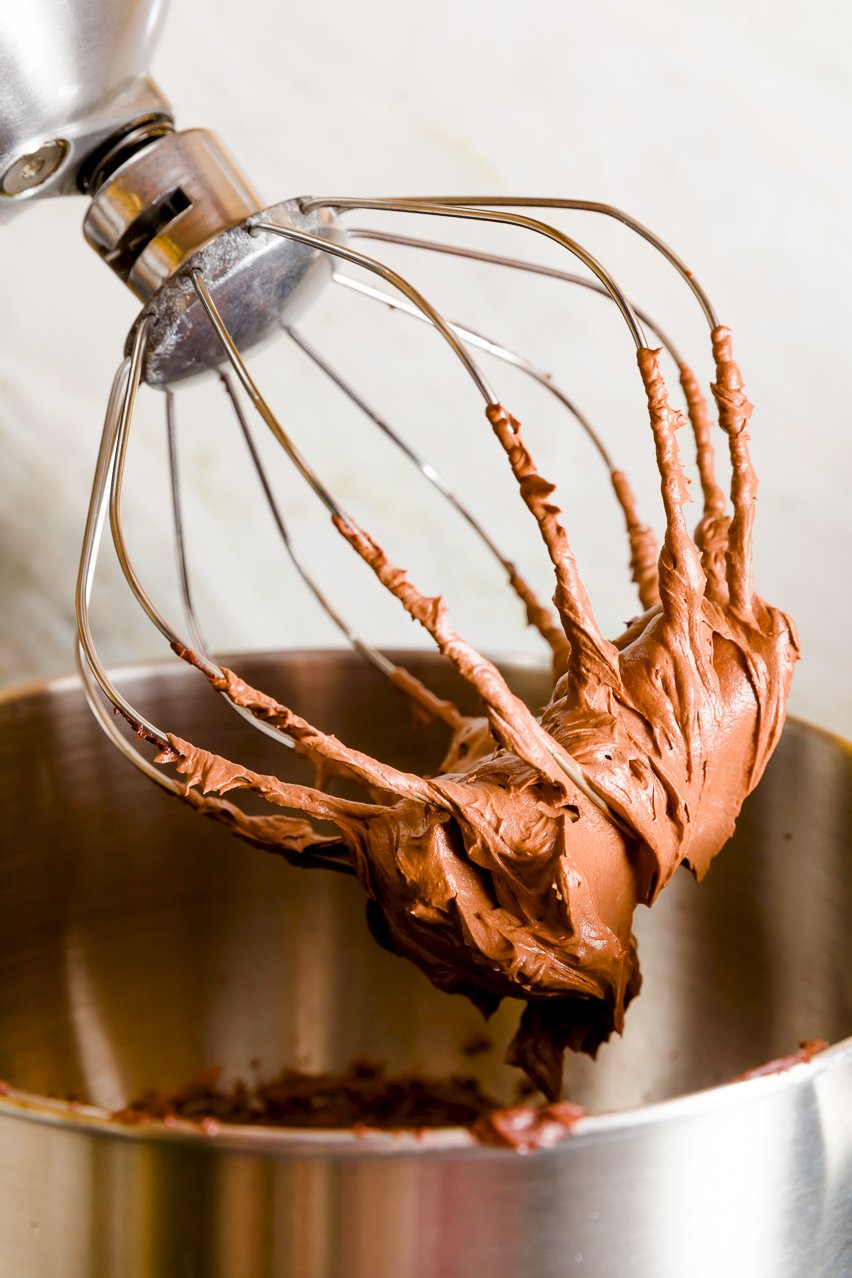 Cooked frosting made with flour is silky and smooth and it stands up very well to heat. It is great for summer parties!

Try it on some birthday cupcakes!

To make vegan buttercream, you can use any of the American buttercream recipes. All you have to do is replace the butter in the recipe with a vegan plant butter!

For a vegan alternative to meringue frosting, try using aquafaba. Vegan meringue frosting is made from the liquid in a can of chickpeas. It sounds crazy, but it turns into really nice meringue. 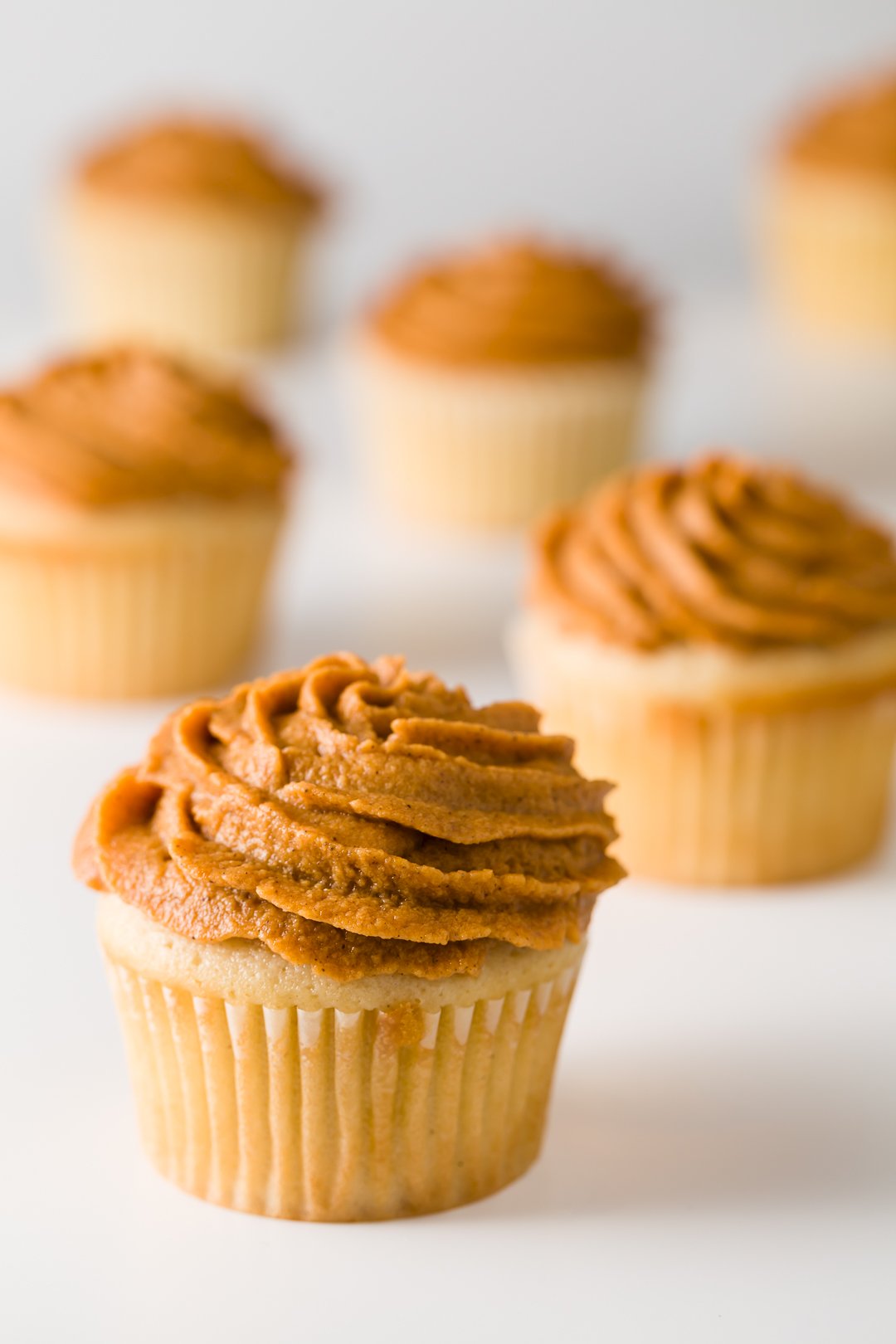 How to Frost Cupcakes

Once you’ve selected and made your frosting, it’s time to get to work frosting your cupcakes.

To make the classic cupcake swirl, I suggest using a Wilton 1M piping tip [paid link]. Start on the edge of a cupcake and swirl your way in toward the center, gently releasing the pressure once you get to the middle. 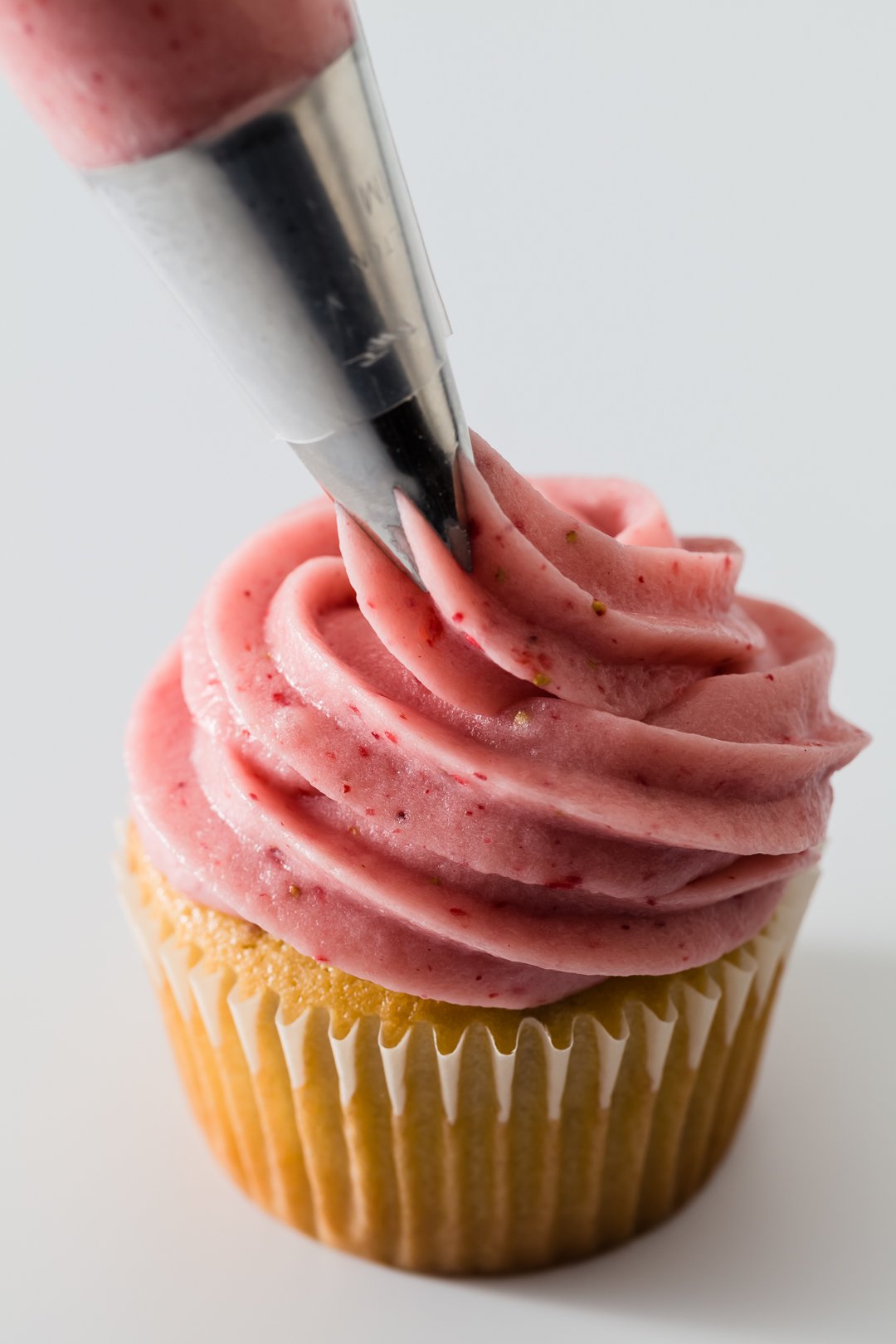 If you are new to piping, check out my post on using couplers to see how they can make piping easier.

If you want to experiment with some fancier cupcake frosting styles, consider trying Russian piping tips. They let you easily make all kinds of flower decorations using basic buttercream frostings.