Condensed milk buttercream, also called Russian buttercream, is made with only two ingredients: butter and sweetened condensed milk. It is light, silky, fluffy, incredibly delicious, and pipes beautifully. Most importantly for any home, hobby, or even savvy baker, it is very easy to make. 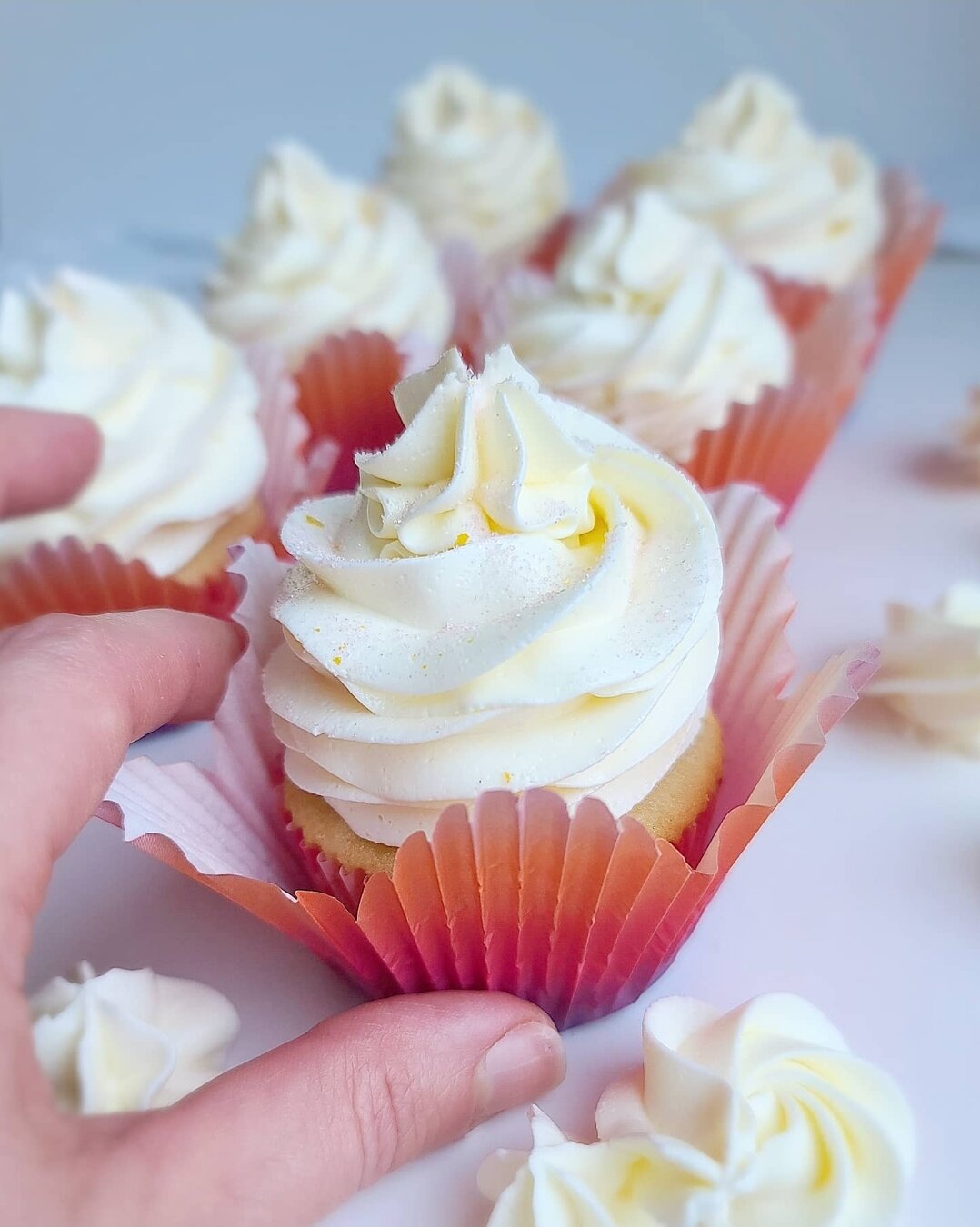 Guest blogger Sasha Nary, self-taught baker, confectionery artist and a creator of Instagram page @SashaCakesChicago, says that she was practically born eating Russian buttercream from a bottle. So, today she is sharing her best tips and tricks for making it come out perfectly every time. 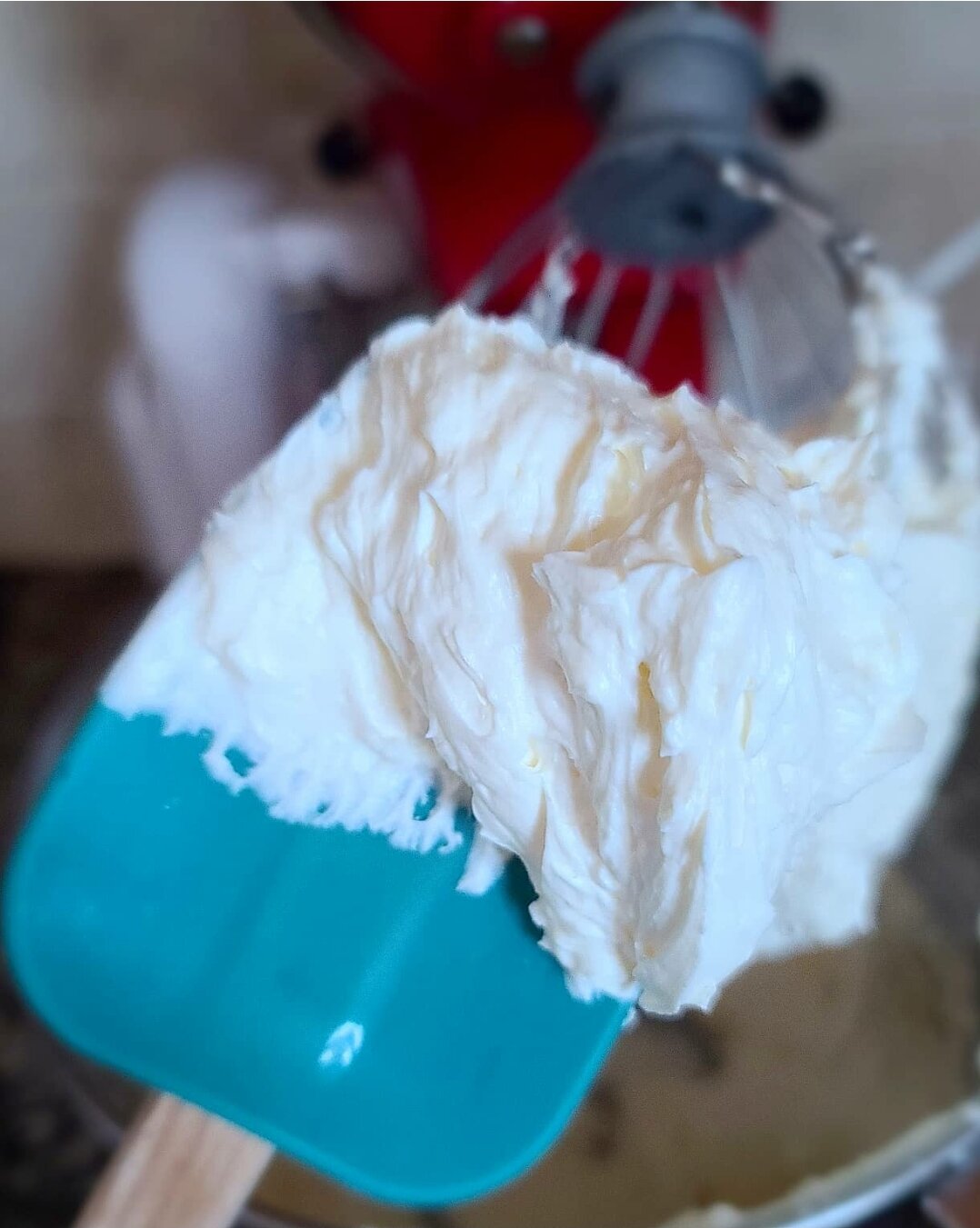 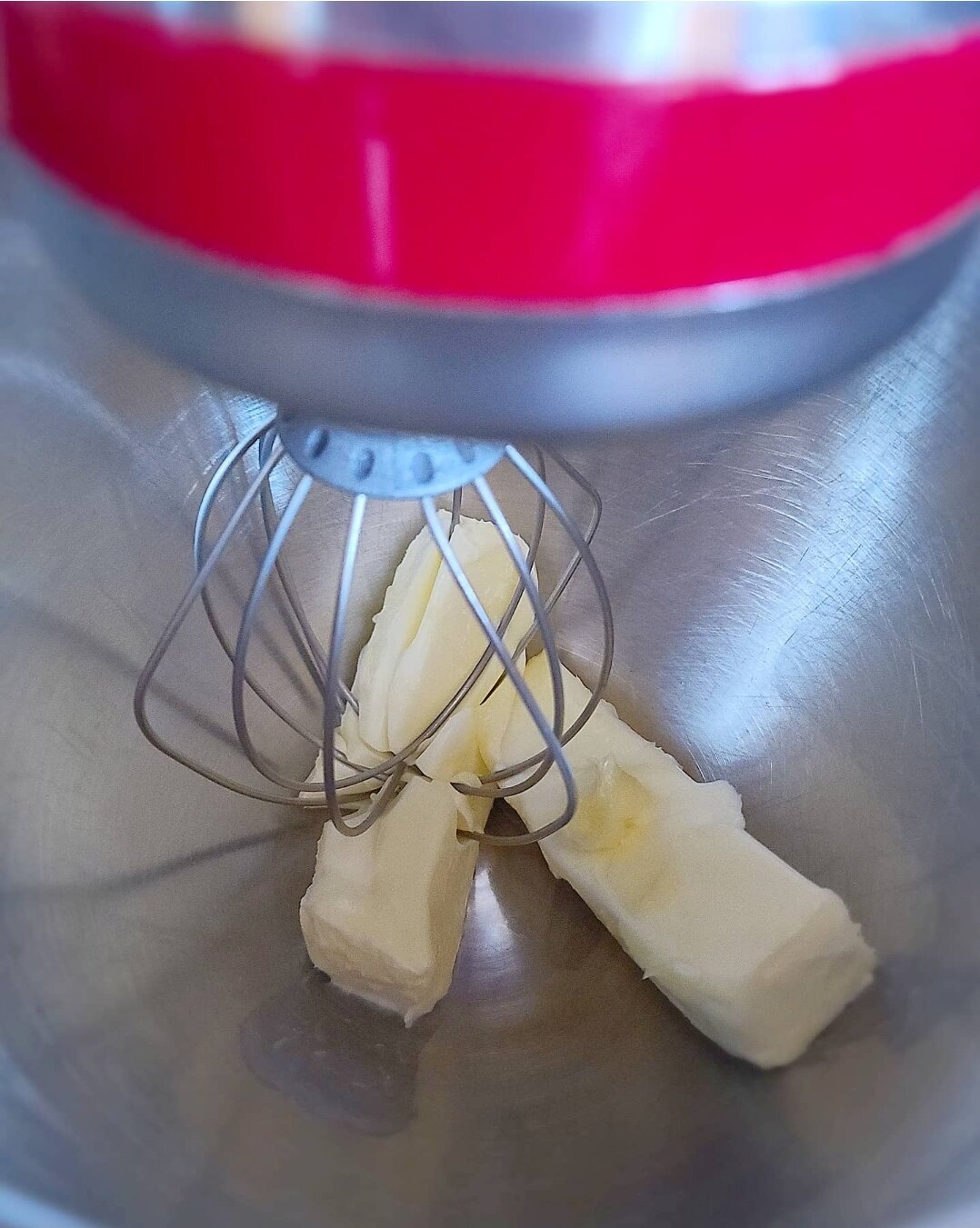 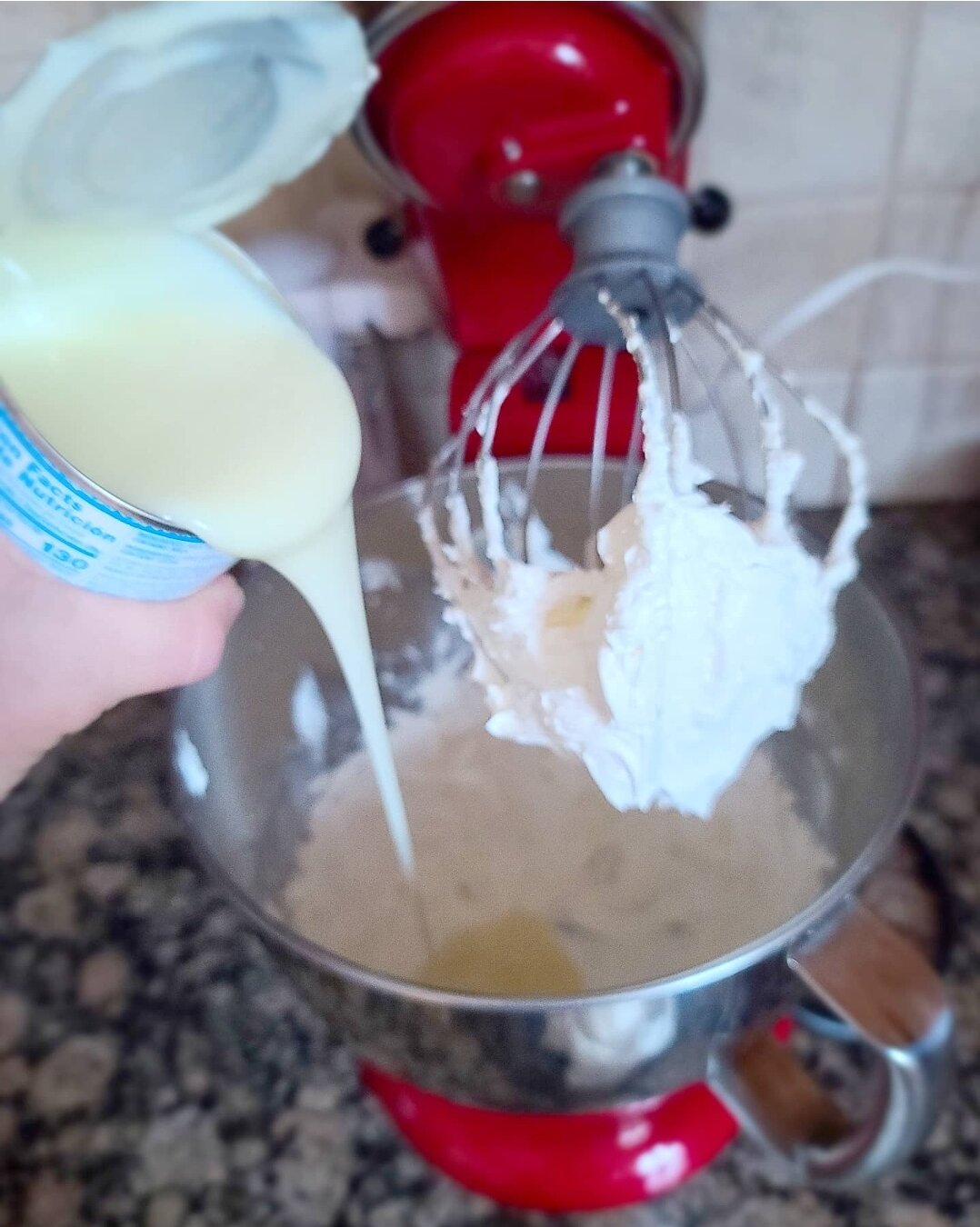 There are so many possible ways to use this frosting: 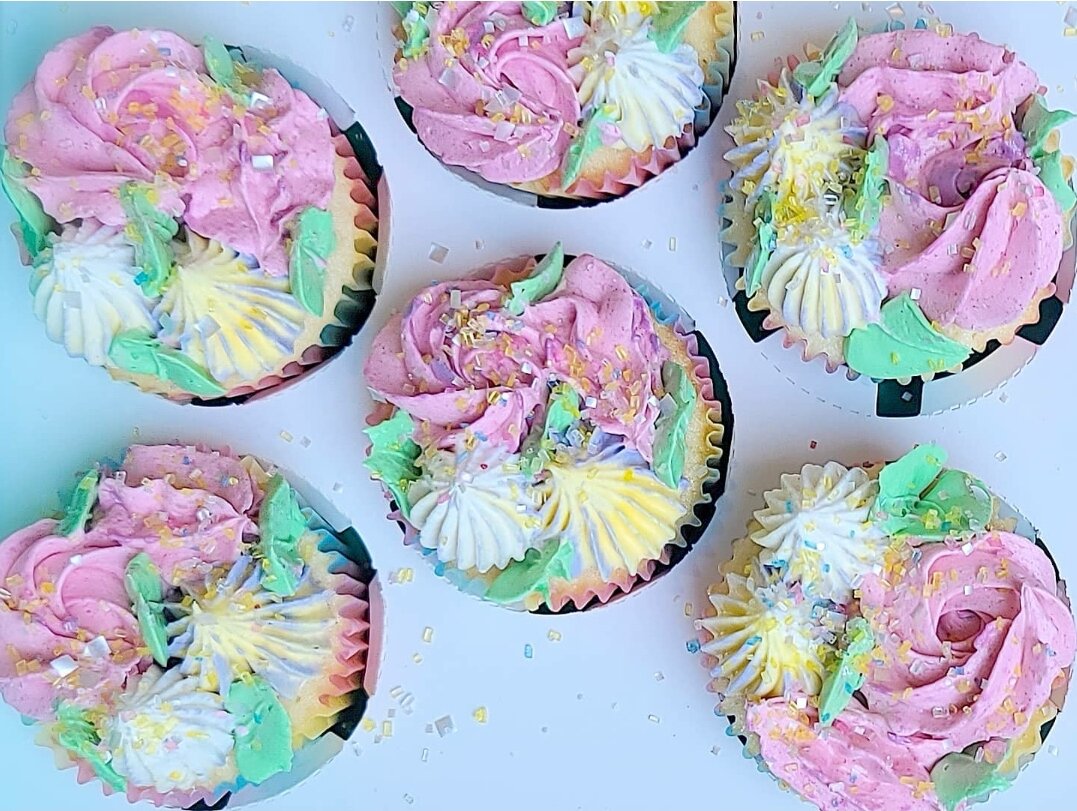 I highly recommend using Russian Buttercream within just few hours of making it. (Since it’s so easy to make, there’s no need to whip up large amounts!)

However, if you do have leftovers or had to make it in advance, store your freshly whipped buttercream in an airtight container, refrigerated for up to 7 days, or frozen for up to 30 days. Let it come to room temperature and then re-whip it before using.

While this recipe is delicious as written, many people add salt, vanilla, or other flavorings to this frosting. It’s a personal preference.

Other Types of Buttercream

If you are interested in experimenting with other other types of buttercreams, read the post on the difference between Italian, French, and Swiss buttercream. Also, check out this vanilla frosting recipe for a classic American buttercream. And, remember to check out the web story about this condensed milk buttercream.

It is VERY important to follow the recipe exactly as written. If you don't mix the butter long enough or don't add the sweetened condensed milk while mixing, the frosting may end up separated and too soupy.  Different brands of sweetened condensed milk are different colors. I've found that Nestle is much lighter than Eagle Brand. Keep this in mind if you prefer a lighter looking frosting. This recipe frosts 12 cupcakes with a large swirl or 24 cupcakes with a small swirl. While this recipe is delicious as written, many people add salt, vanilla, or other flavorings to this frosting. It's a personal preference.

Sasha Nary is a self-taught baker, confectionery artist, and creator of Instagram page @SashaCakesChicago, where she has built a loyal following around the world. She consistently shares inspiring designs and techniques for cakes, cupcakes, and decorating desserts. Some of the channels where her unique designs and tutorials have been recently featured include Wilton’s blog and social media, Cake Masters Magazine, and American Cake Decorating Magazine.

Sasha is originally from Russia/Ukraine and has lived in Chicago, IL for the past 19 years with her husband and three kids. Aside from recipe development, content, tutorials, and collaborative projects, Sasha offers group and individual classes to the local community as well as video tutorials/recipes on her Instagram page, website, YouTube and Google’s experimental project Tangi.Co.