How to Make Mini Cupcakes

Mini cupcakes are perfectly-sized treats that are always a hit at parties. Learn how to convert your favorite cupcake recipe to make mini-sized cupcakes – it’s so simple! Then, I’ll share the best mini vanilla cupcake recipe! 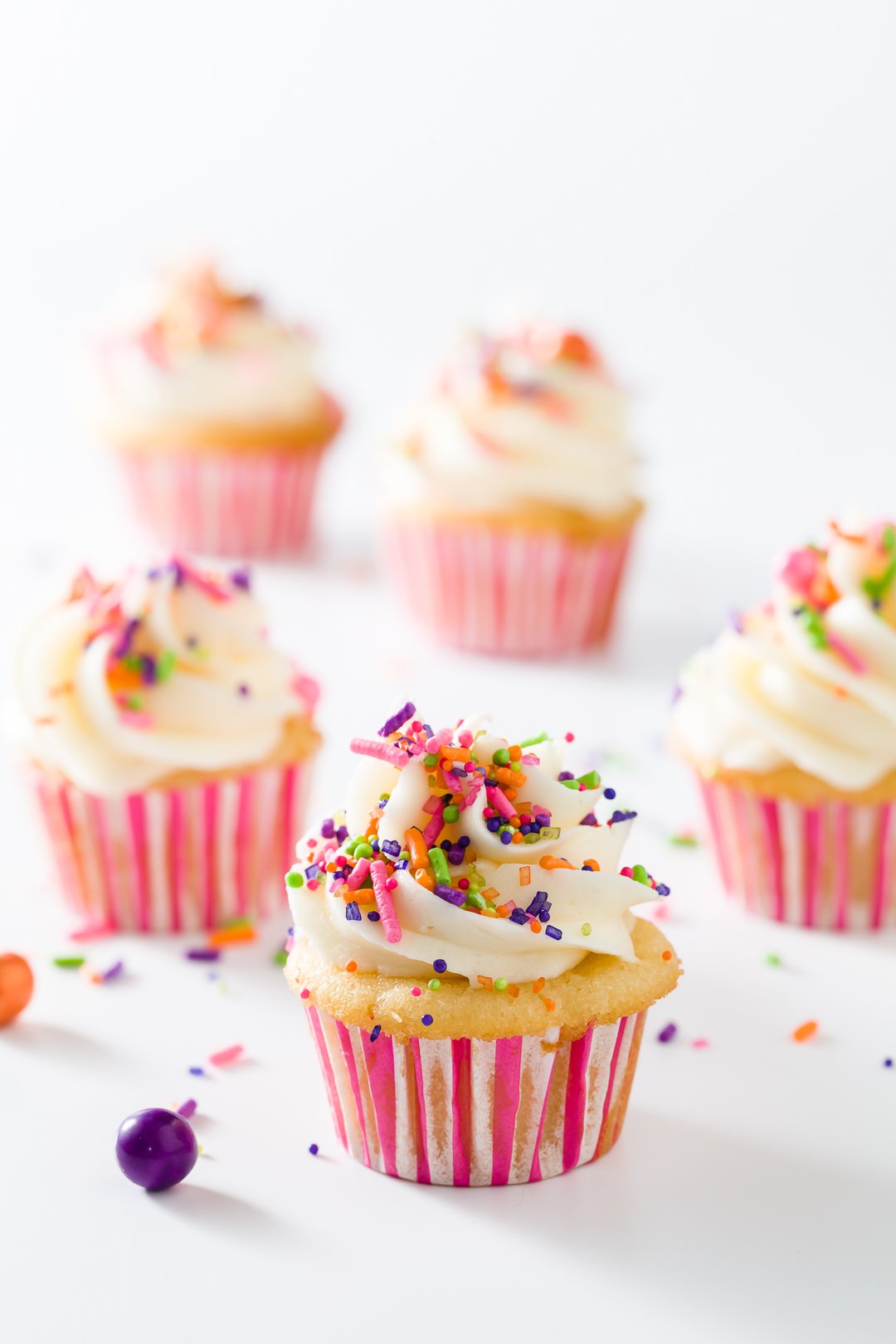 What You Need to Make Mini Cupcakes 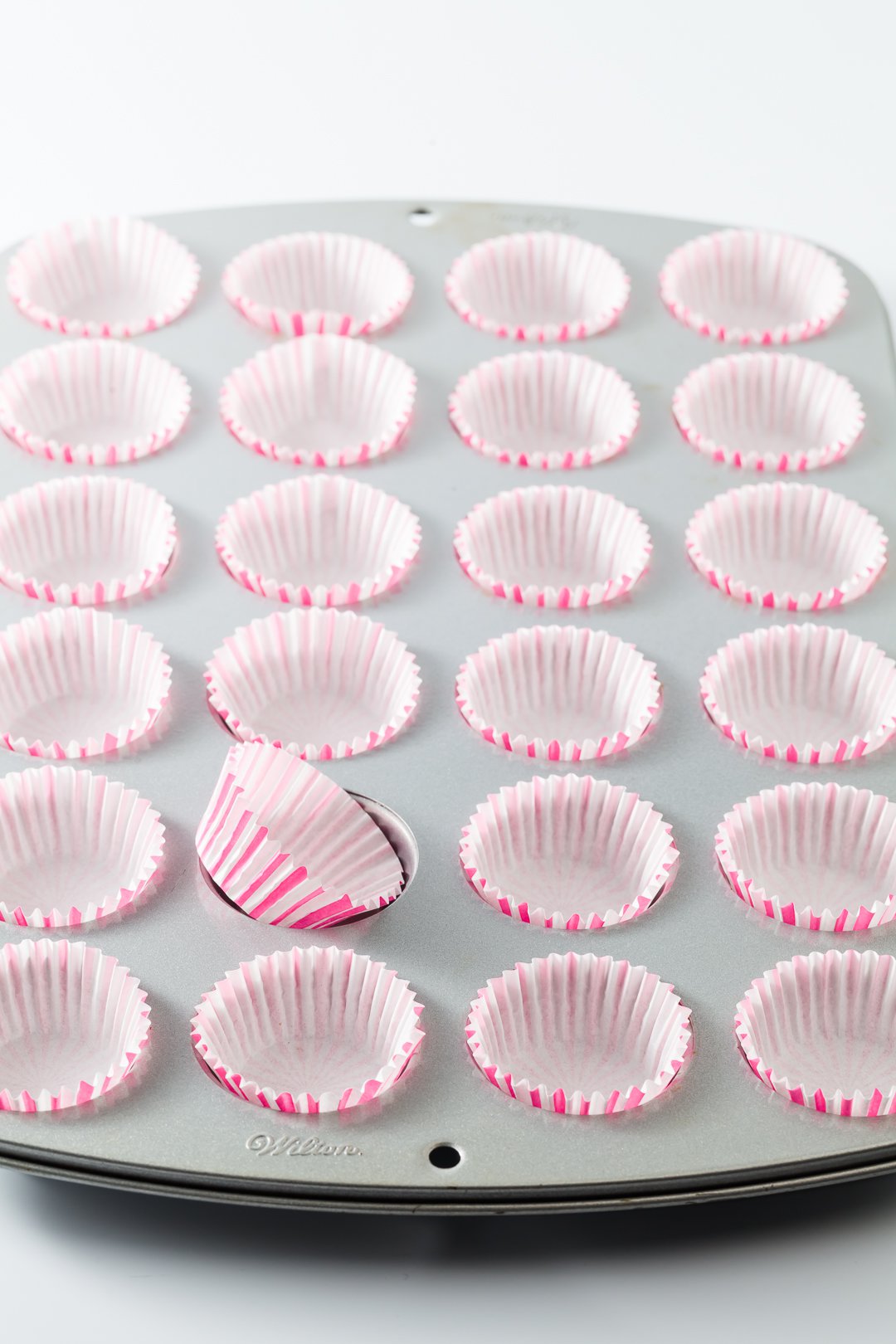 First, start with some basic cupcake baking tips if you aren’t familiar with how to bake cupcakes.

You’ll also need a few other essentials, so please check out my suggested baking tools before beginning this – or any other – recipe.

How to Convert a Cupcake Recipe to Make Mini Cupcakes

The exact recipe that you love for large cupcakes will also work for small cupcakes!

The alterations you’ll have to make come in when filling and baking.

How Many Mini Cupcakes Does a Cupcake Recipe Make?

When converting a cupcake recipe to make mini cupcakes, you will end up with three times as many minis.

How to Fill Cupcake Liners 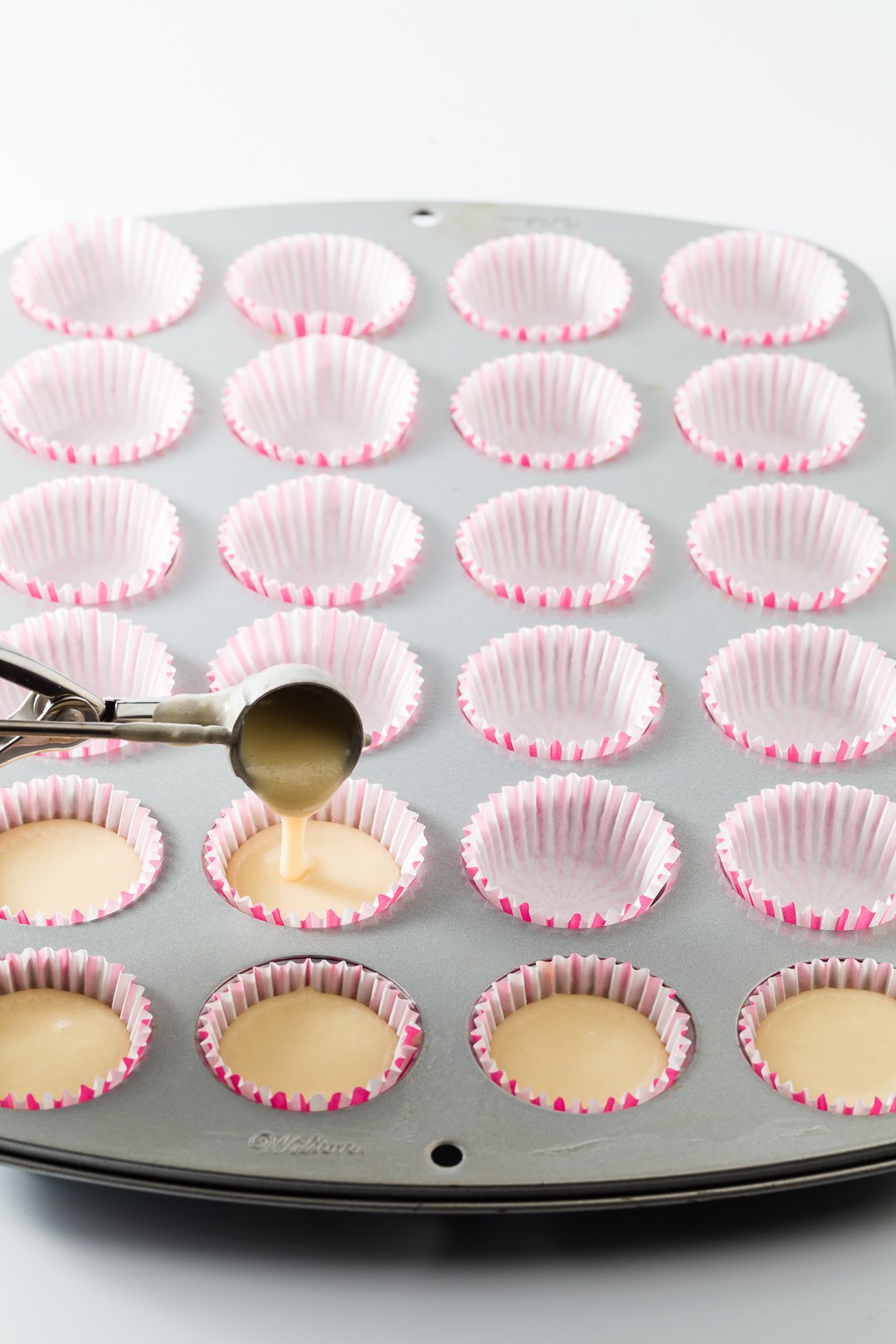 Regardless of the size you are making, there are several ways to fill cupcake liners.

Different recipes call for filling cupcake liners different amounts. The same rules that apply to regular cupcakes also apply to mini cupcakes. If a cupcake recipe says to fill the liner 2/3 full, do the same thing with your mini cupcakes.

Baker’s Tip: If the recipe doesn’t say how high to fill the liners, always make a test cupcake. Fill one liner about halfway and bake just that one cupcake. See how much it rises and use that information to determine how high to fill the other liners. As a result, you won’t mess up the whole batch by over or under filling the liners.

Because they are smaller, mini cupcakes take less time to bake than full-sized cupcakes. Typically, the baking time is somewhere between nine and fifteen minutes.

Test for doneness at nine minutes by inserting a toothpick or cake tester into a cupcake, then remove it. if the toothpick comes out dry or with a few moist crumbs, the cupcakes are finished baking. If there is still batter on the toothpick, allow them to bake three more minutes and then test again.

How Much Frosting for Mini Cupcakes 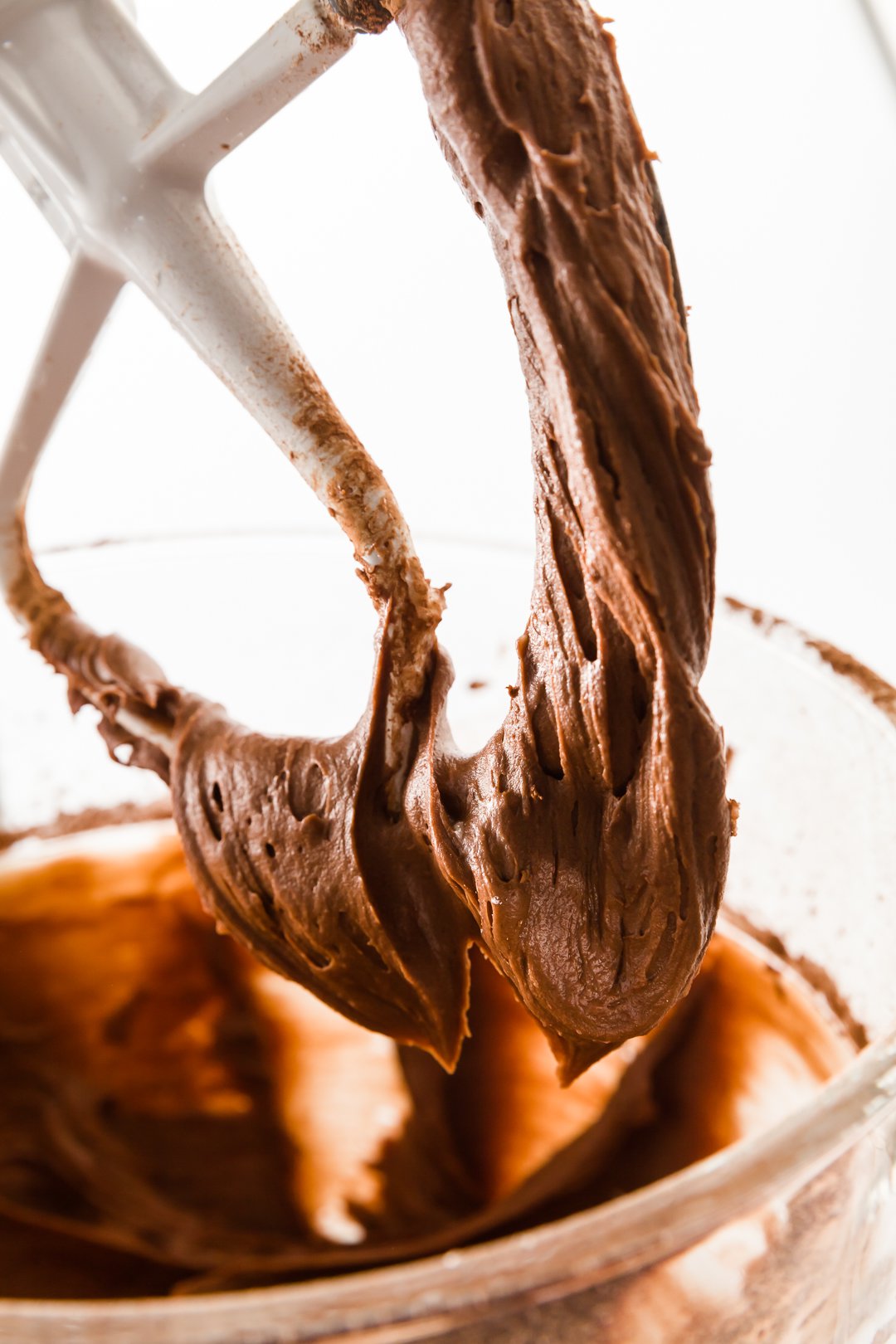 NOTE: If you like to make tall swirls of frosting on your cupcakes, you will have a greater frosting to cake ratio on minis than you do on standard sized cupcakes.

Multiply the amount of frosting that you would typically use on a batch of regular cupcakes by 1.5.

When you are frosting minis, you can use the same piping tip that you use for standard-sized cupcakes. I recommend a Wilton 1M tip. 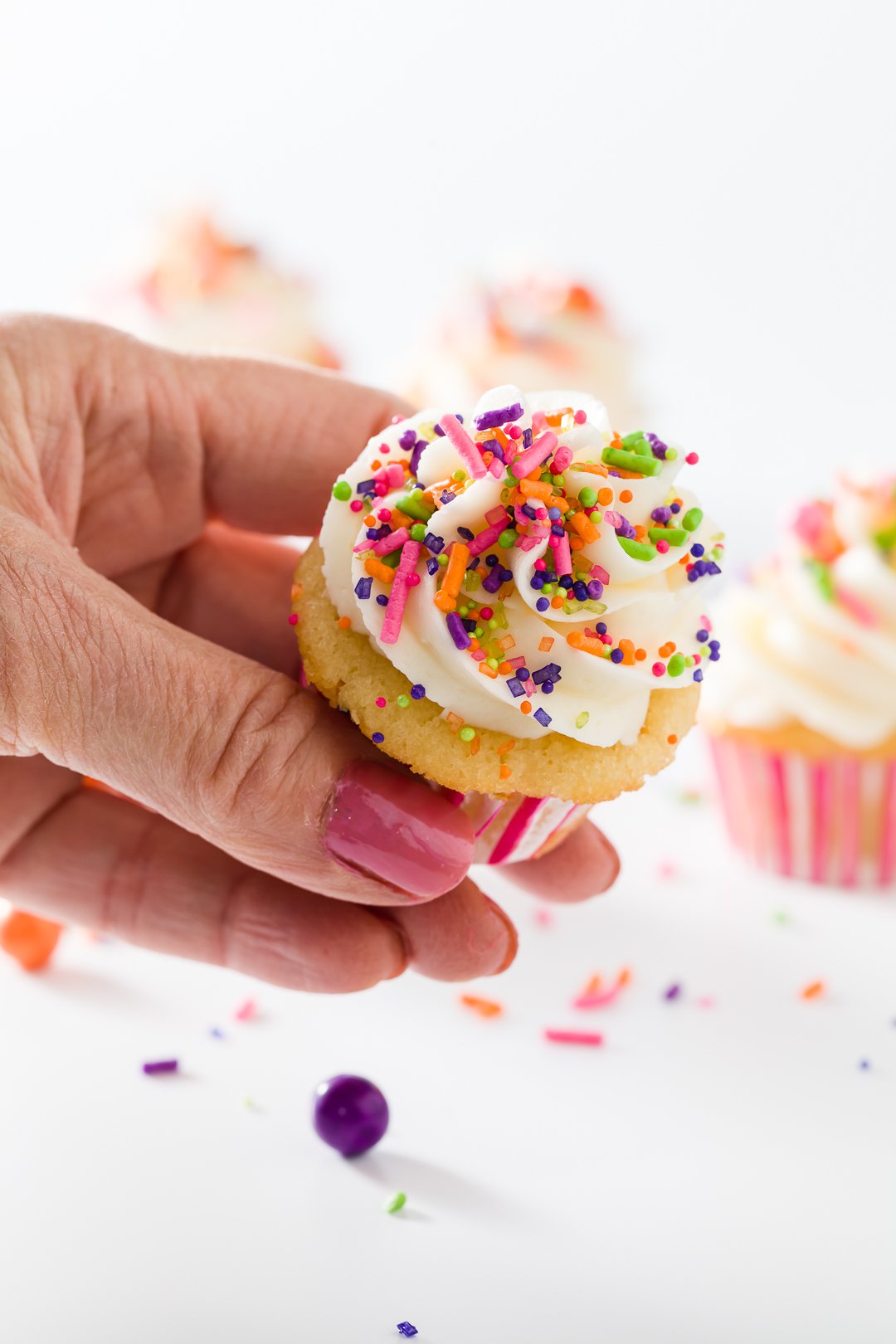 Below you’ll find my recipe for vanilla mini cupcakes. Here are some other ideas for mini cupcakes to get you started.