Raspberry buttercream frosting has a fantastic raspberry flavor from fresh raspberries. It is also naturally the most beautiful shade of pink! I love it using it on so many different cakes and cupcakes – especially my raspberry cupcakes. 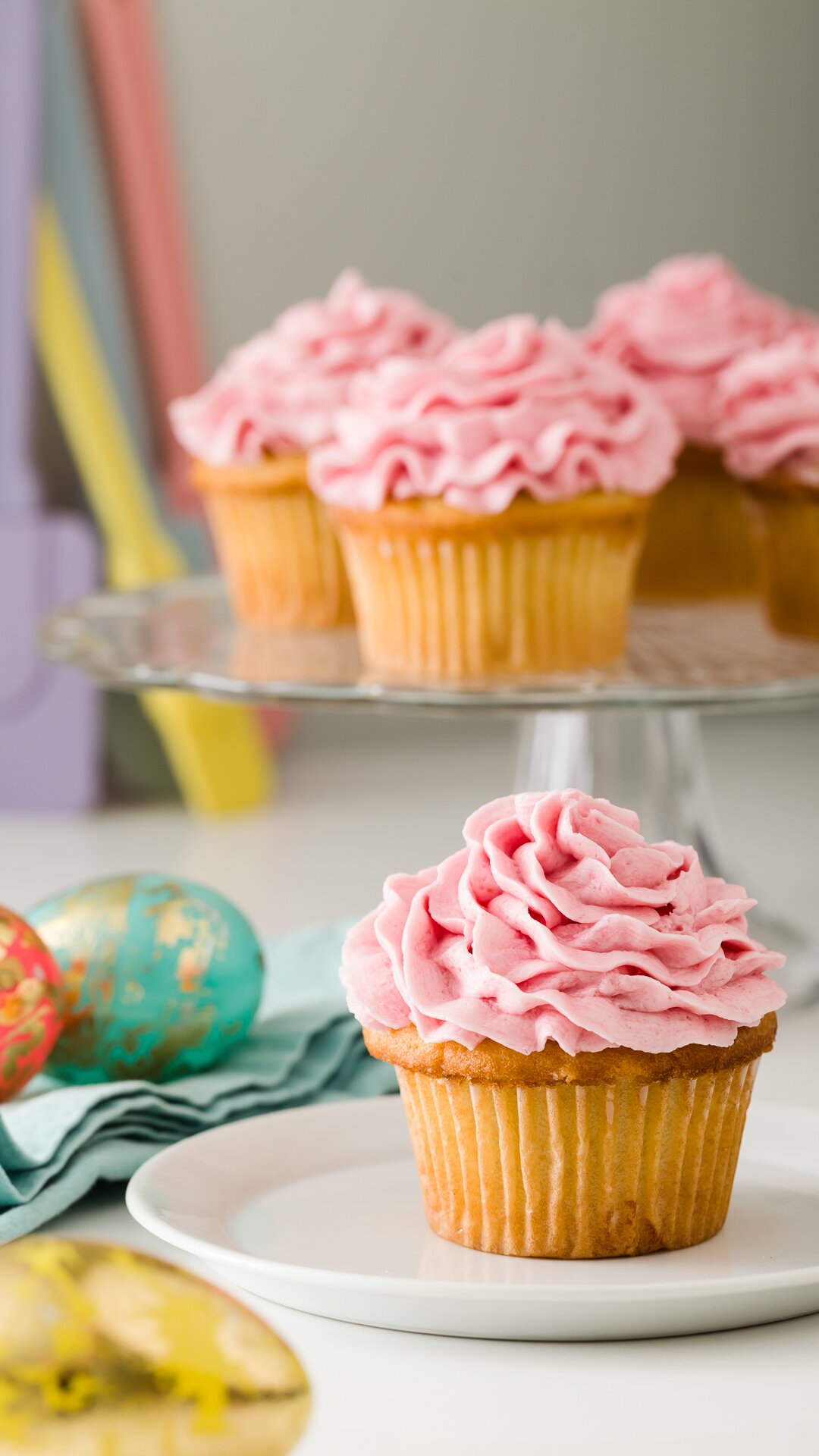 What is Buttercream Frosting? 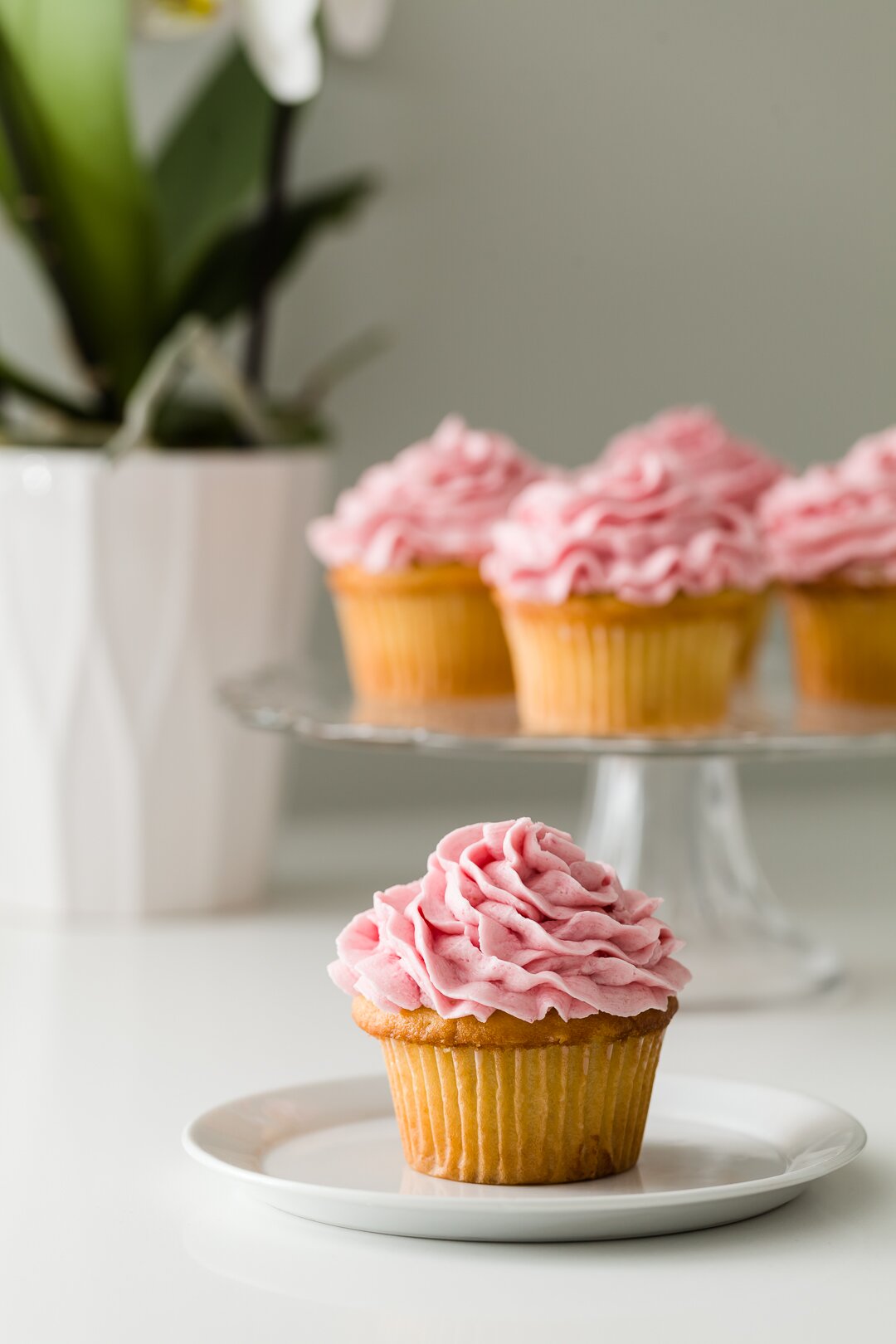 This frosting is considered an American buttercream frosting.

American buttercream is the buttercream that I make most often. (Try my vanilla frosting for another great example.)

Tip: If you’ve heard that making buttercream frosting is hard, you are probably thinking of Swiss, Italian, or French buttercreams. All of those buttercreams involve eggs and much more vigorous mixing. They aren’t as sweet as American buttercream and they are a little more fluffy.

What Are the Ingredients in Raspberry Buttercream Frosting?

Raspberry buttercream frosting starts with butter. Always use unsalted butter. You can add salt later in the amount perfect for your palate. 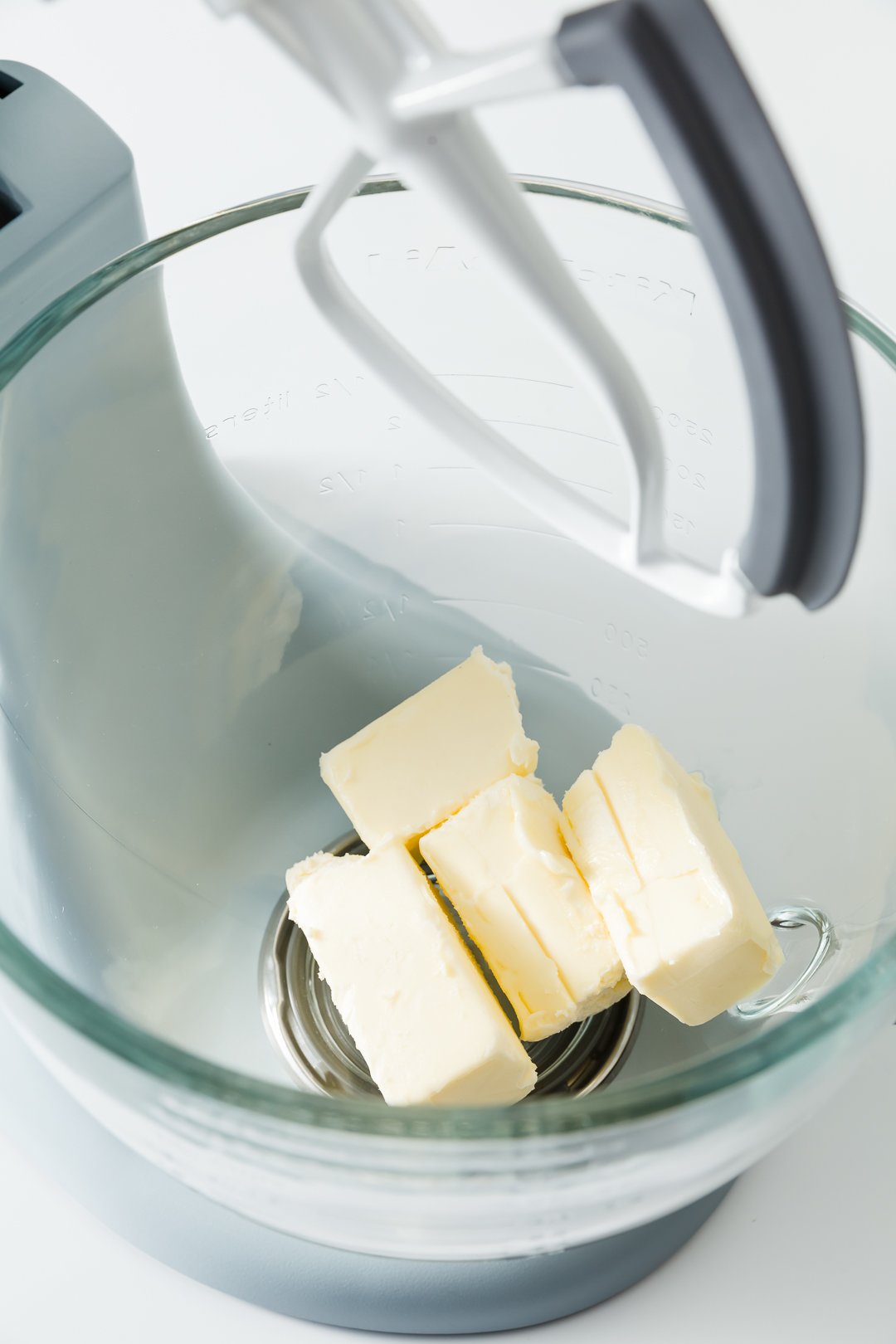 The butter must be at room temperature. You should be able to lightly press into it with your finger and leave an indentation. It’s too soft if the butter smooshes completely down when you press it.

Powdered sugar is necessary to make buttercream frosting stiff enough to pipe. It also is what makes the frosting sweet.

Use the powdered sugar quantity that I give in the recipe as a guideline. You can add more to make the frosting stiffer or less if you want it to be looser.

If your powdered sugar has hard clumps in it (which can happen over time from moisture), be sure to sift it before adding it to the recipe.

Tip: Powdered sugar and confectioners’ sugar are the same thing. There is no difference.

To make raspberry puree, wash the raspberries and place them in a food processor or blender. 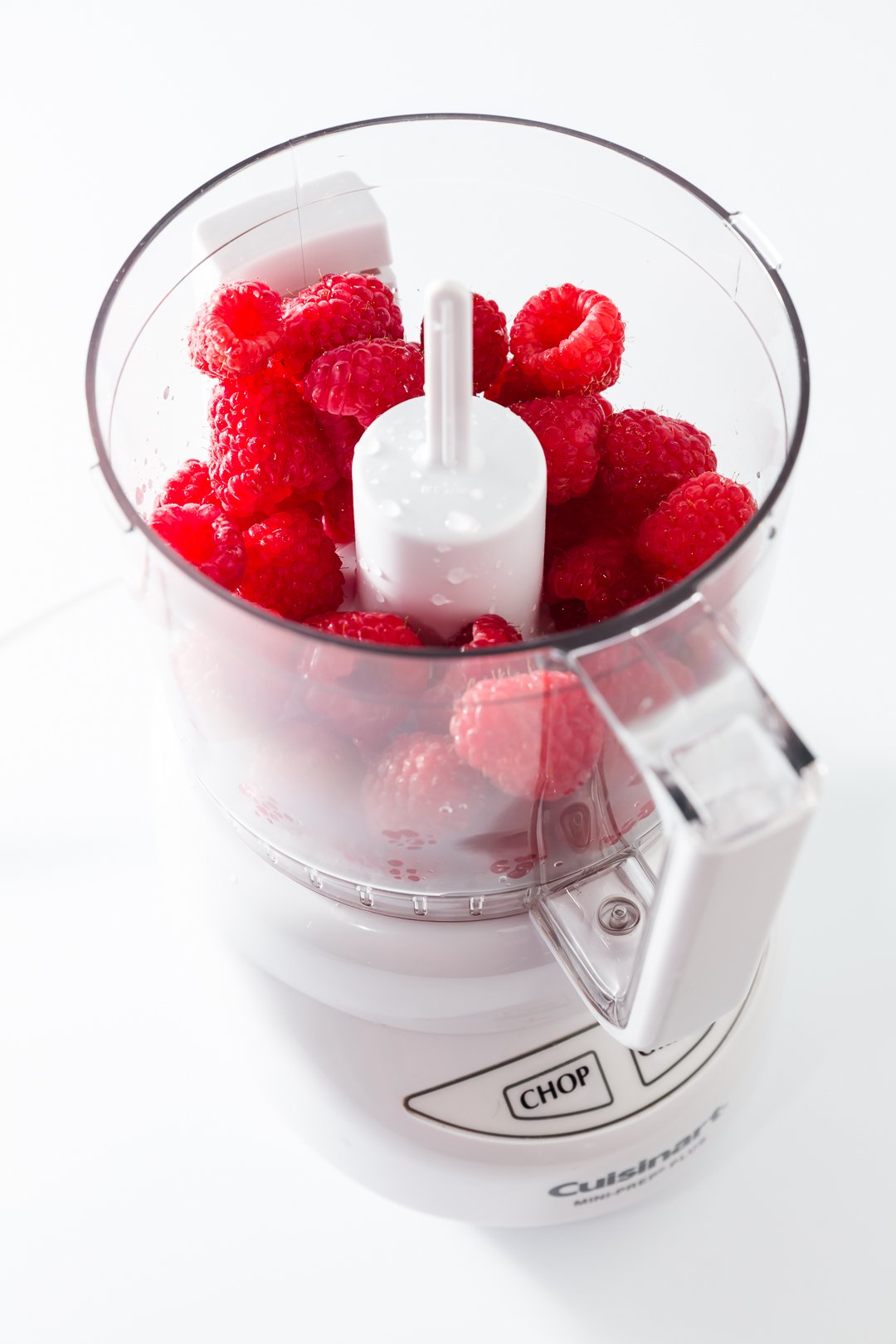 I find that my mini food processor [paid link] is perfect for this task.

Process them until you have a thick, seedy liquid. 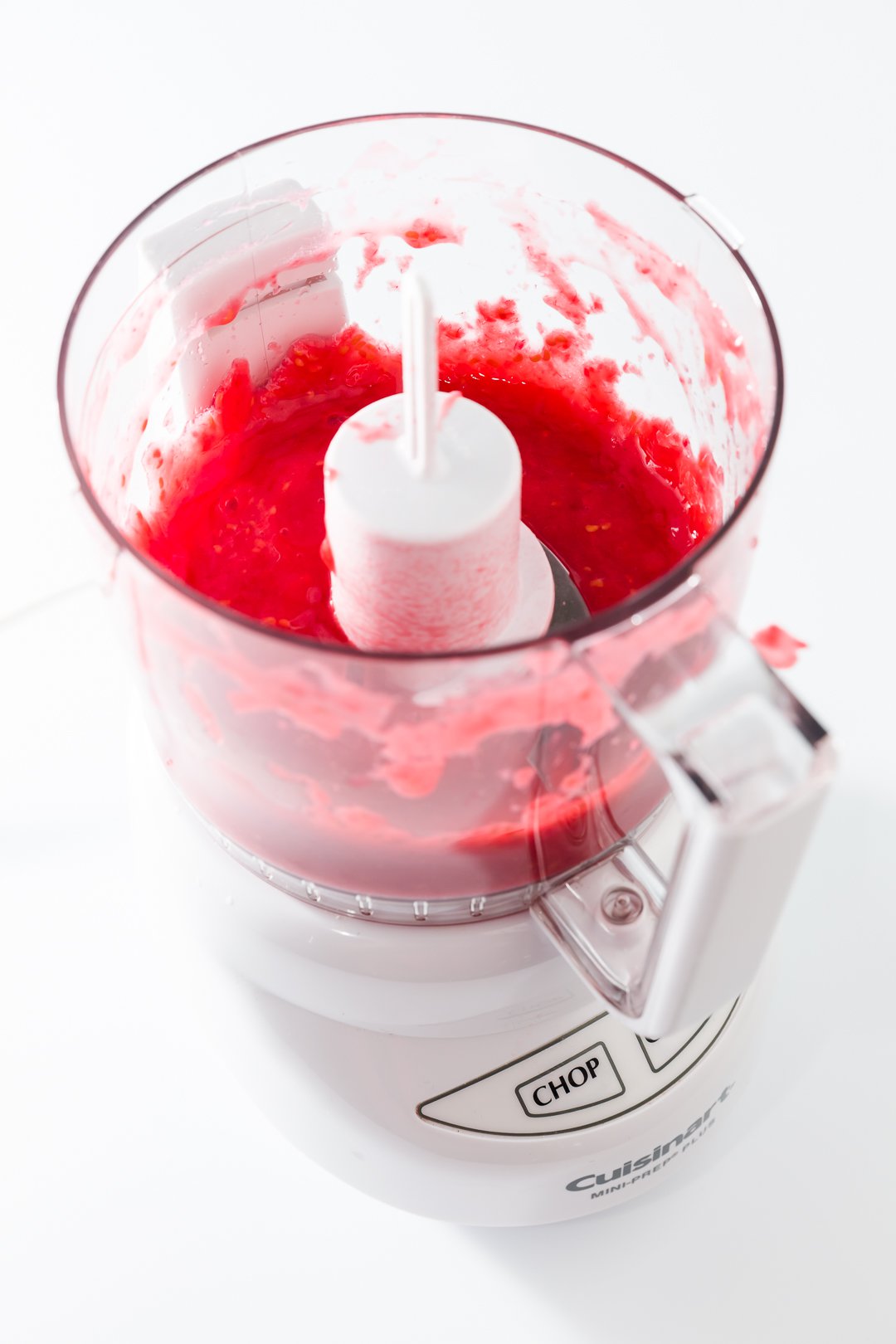 It’s important to strain out the seeds so the frosting doesn’t have a weird texture. 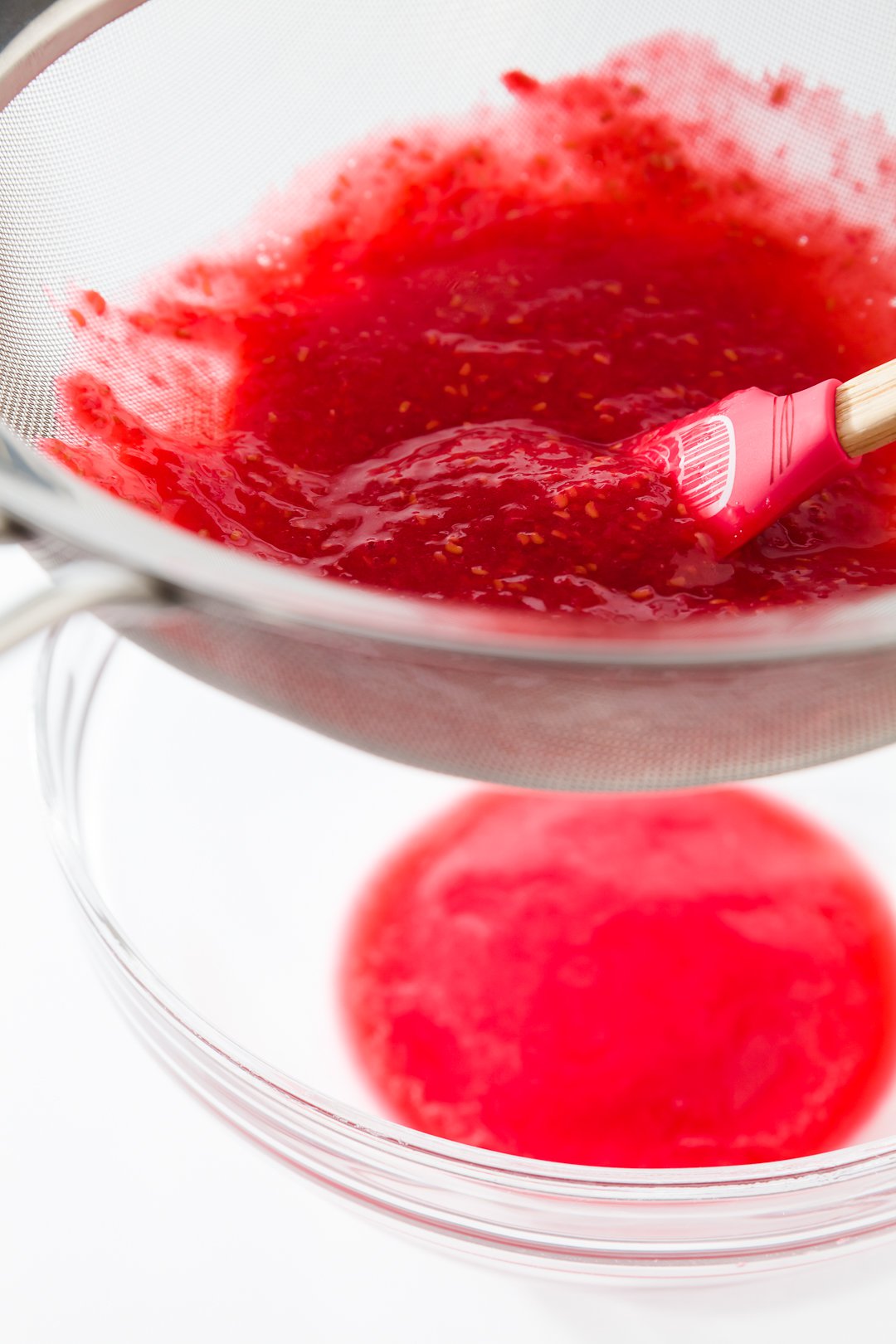 Adding salt to frosting helps to bring out the other flavors. I always add salt to buttercream frosting. 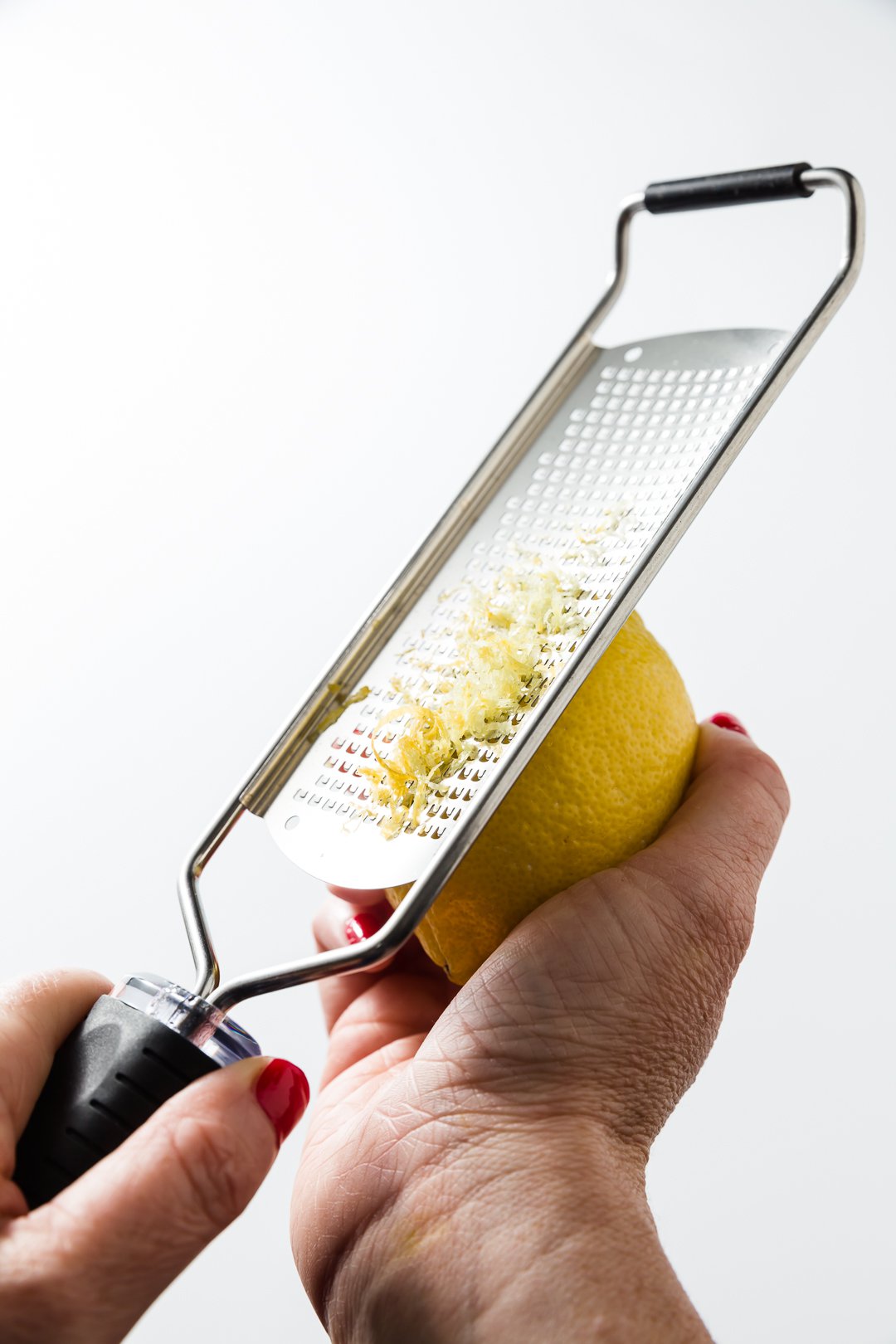 Fresh lemon zest brightens up the flavor of the frosting. You can zest with a microplane or use a knife (as I explain in my post on how to zest a lemon).

Can You Use Frozen Raspberries?

You can use frozen raspberries to make raspberry buttercream; bring them to room temperature first by leaving them in the refrigerator for at least four hours.

How to Make Raspberry Buttercream Frosting

Beat butter for about three minutes at high speed in a stand mixer fitted with a paddle attachment. This incorporates air into the frosting. If you don’t beat the frosting for long enough, it will be very dense.

Tip: You can also use a hand-held electric mixer. I do not recommend making buttercream frosting by hand. Unless you have incredible arm strength, your arms will tire out way before the butter is whipped enough. 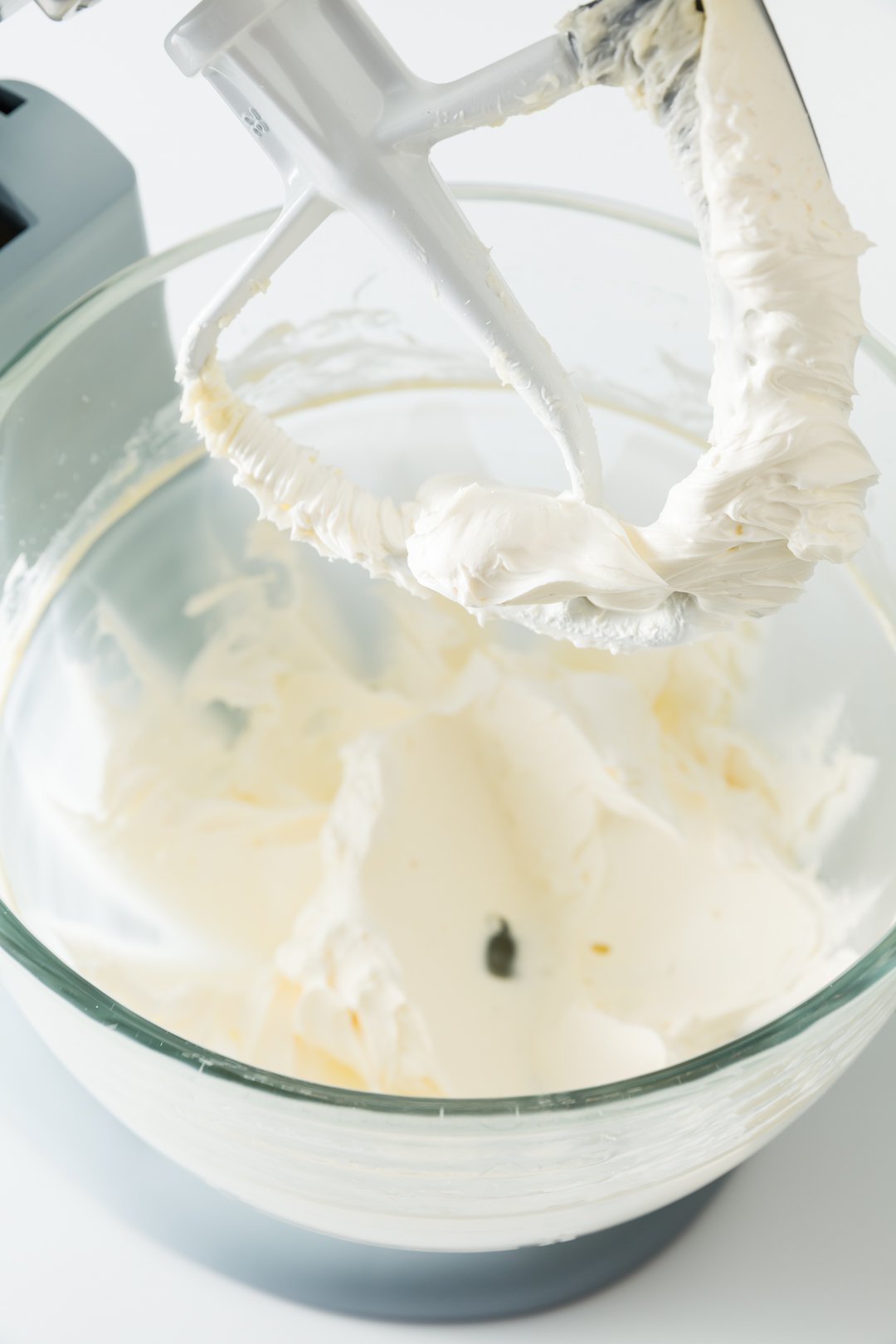 Mix in raspberry puree and salt. 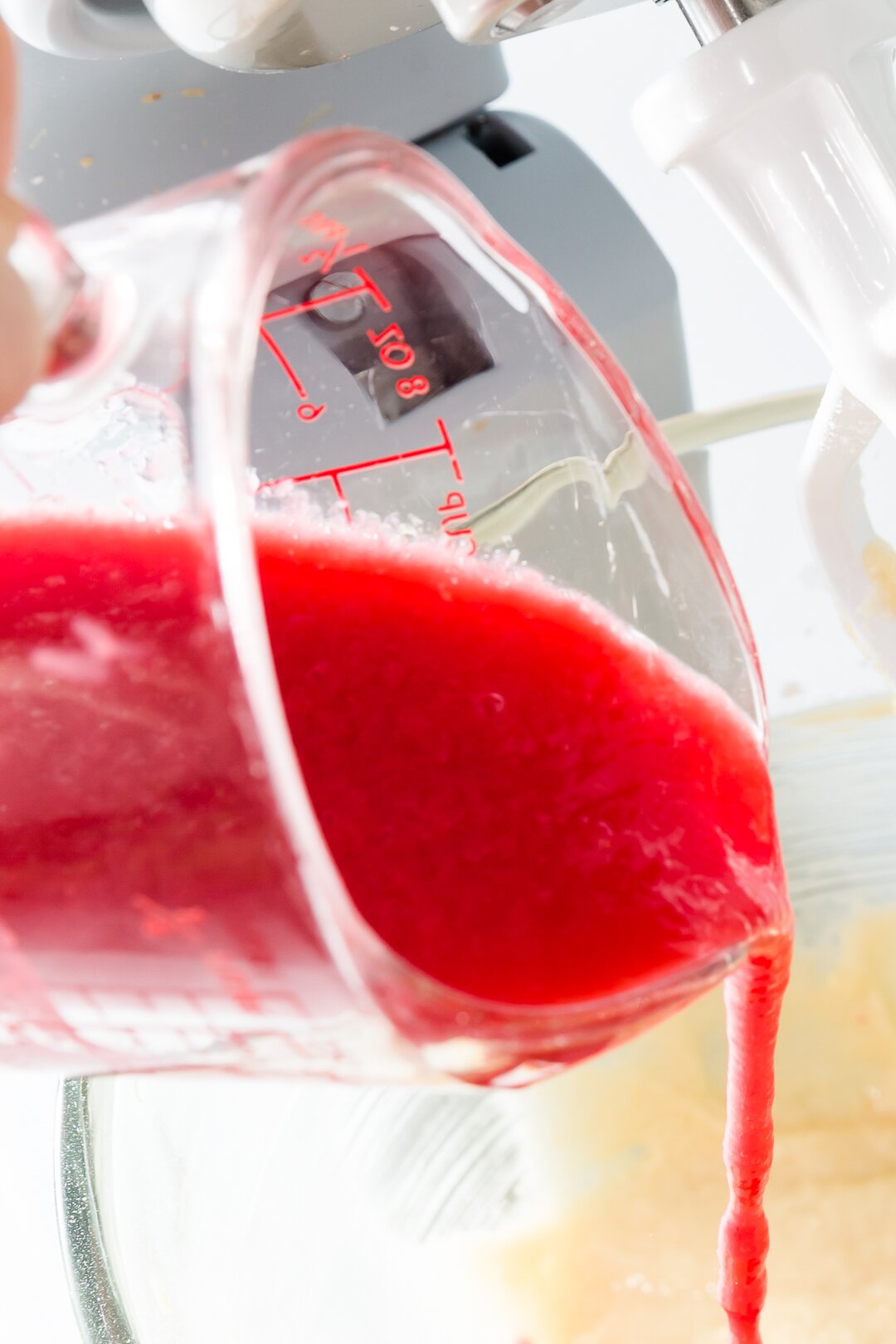 Tip: When adding powdered sugar, always start the mixer on low speed and work your way up to high speed. If you start on high speed, the powdered sugar will blow out of the mixer and all over your work surface – and your face!

Does Raspberry Frosting Need to Be Refrigerated?

You can leave buttercream out on the counter for up to three days.

What to Frost with Raspberry Buttercream 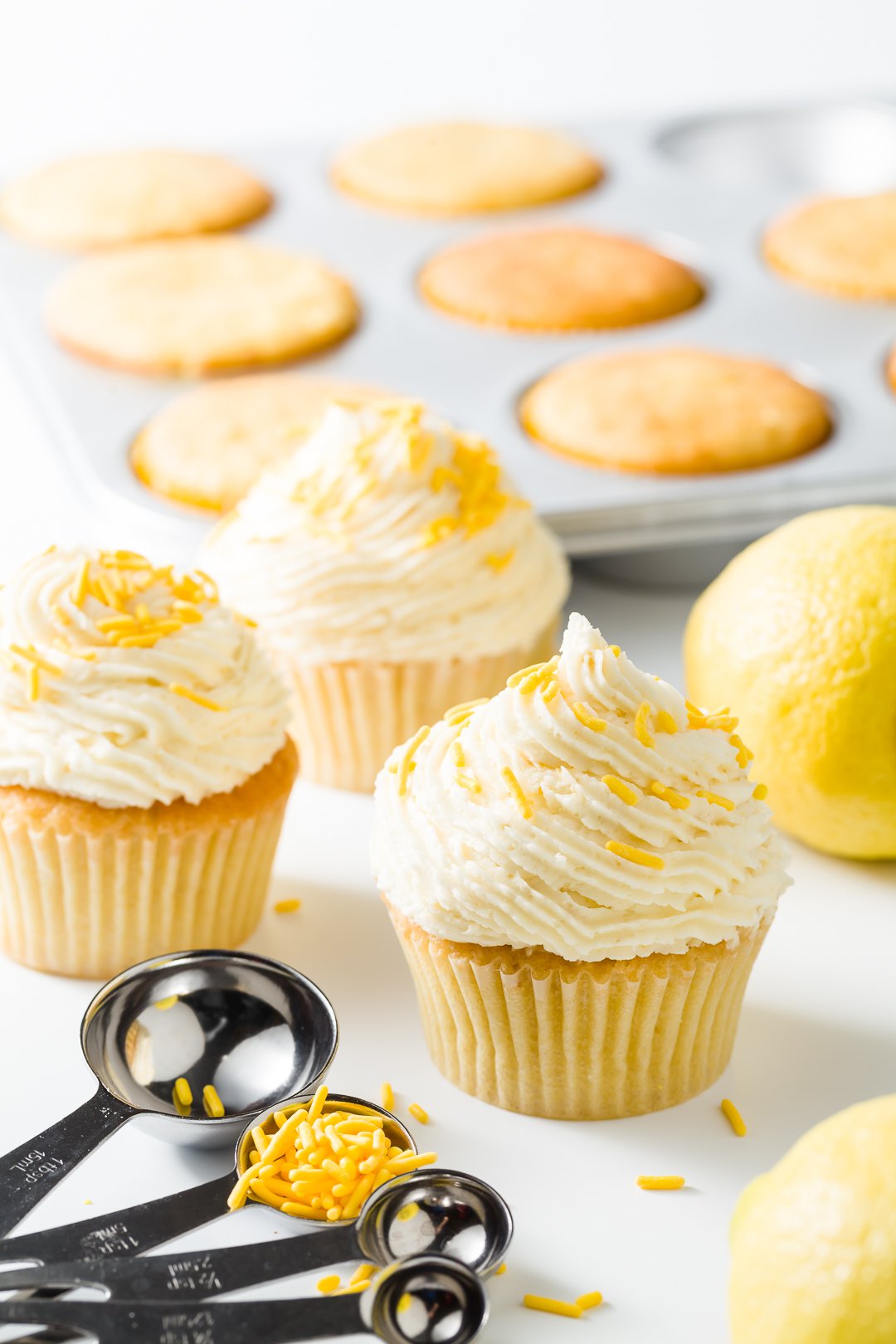 Why This Recipe Works

This raspberry buttercream works because the flavor of fresh raspberries goes so well with basic buttercream. Aerating the butter with the mixer on high speed makes the frosting’s texture perfect. You can’t go wrong with this recipe!

Frosts 12 cupcakes with a medium-sized swirl. Double the frosting recipe if you prefer large frosting swirls. You can leave buttercream out on the counter for up to three days. If you aren't going to be using it right away, store it in an air-tight container and keep it in the refrigerator for up to a week or in the freezer for up to a month. Bring frozen frosting back to room temperature by first putting it in the refrigerator overnight and then leaving it on the counter for a few hours. You will also need to re-whip it before use.