These apple cider donuts have the same consistency as fried donuts and are jam-packed with fall’s flavors – just like the ones sold at apple orchards alongside caramel apples. They are baked rather than fried and can be made as standard donuts, donut holes, or apple cider donut muffins! 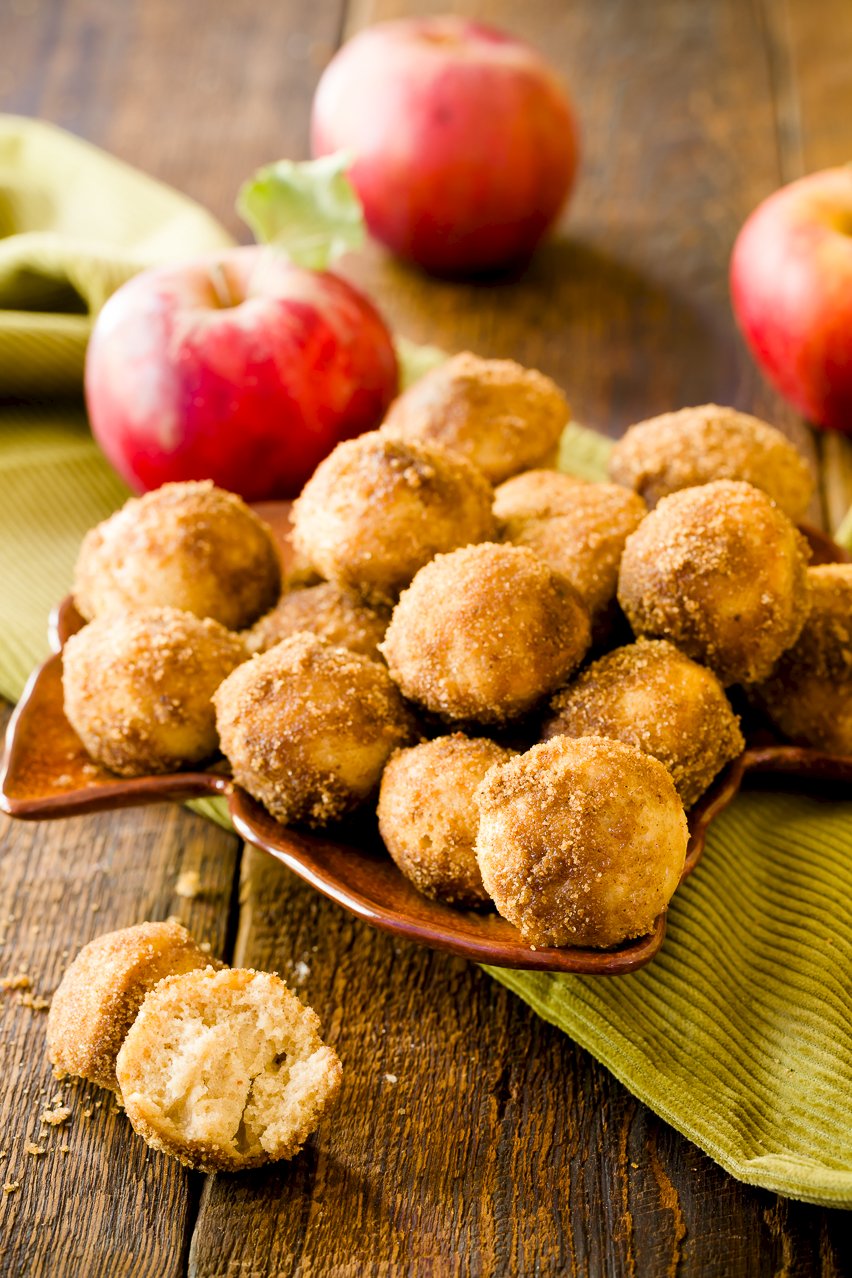 My aunt says that these baked donuts might be the best dessert she’s ever had. I don’t really play favorites, but this is a winner for sure. They smell SO good coming out of the oven! 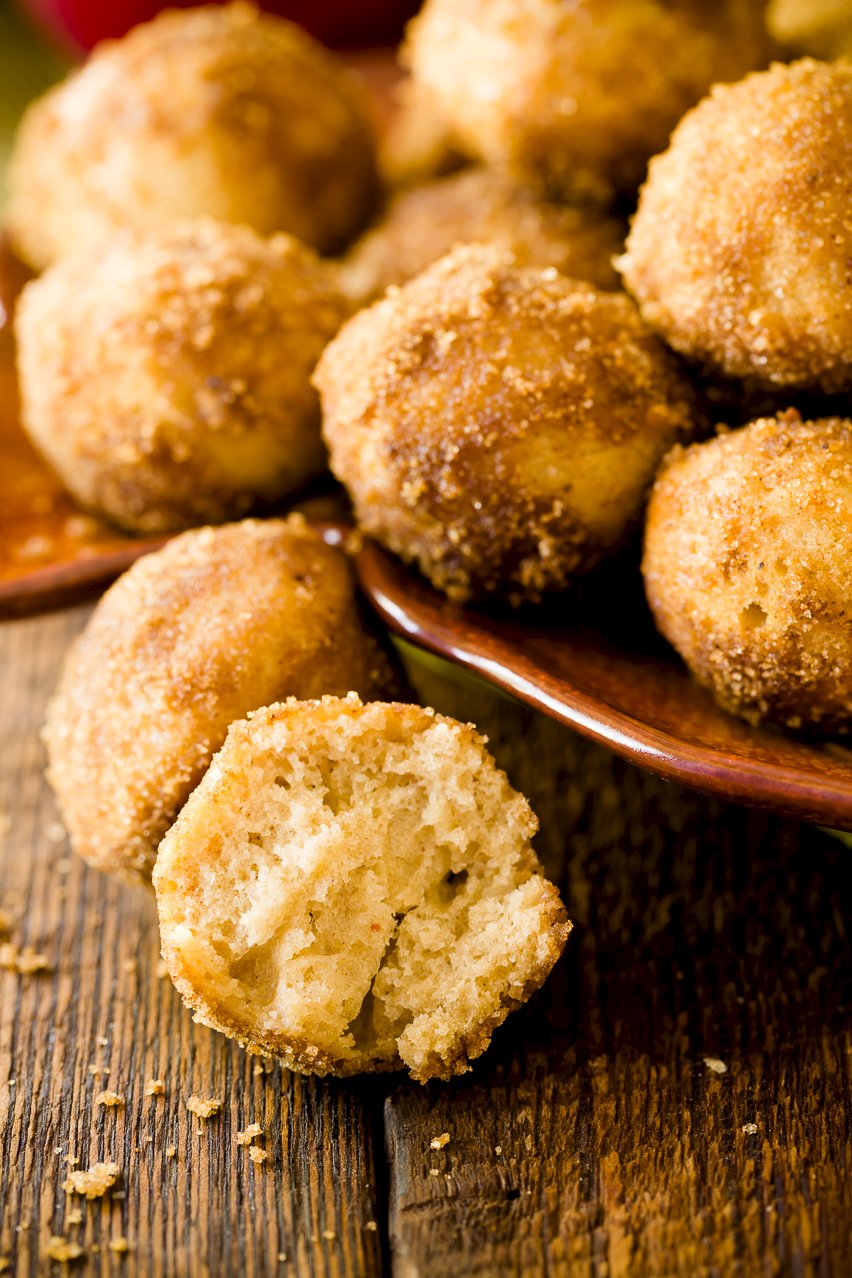 I cook the apple cider down on the stovetop until it’s reduced by half. This makes it more of a concentrate and gives it a stronger apple flavor.

Not only do the donuts have apple cider in the recipe, but they are loaded with fall spices: 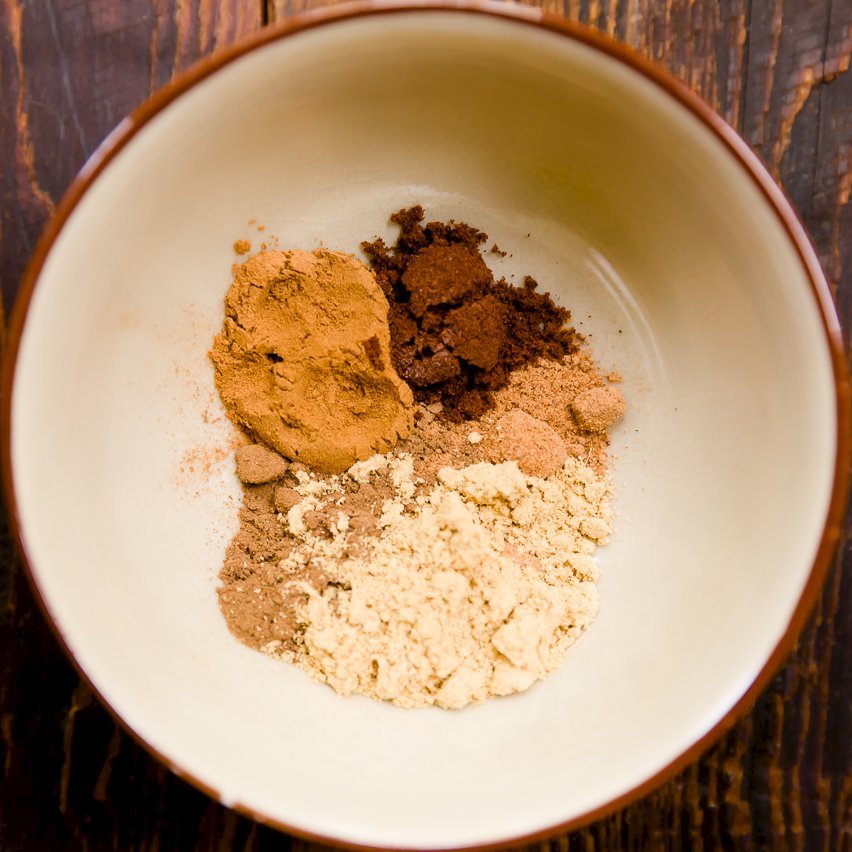 I use the spices in two ways in this recipe: 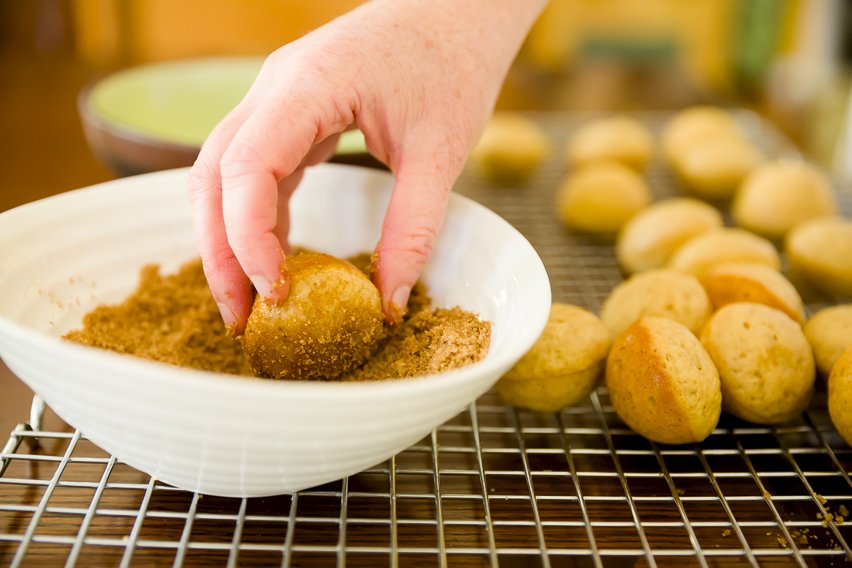 What Tools Do You Need to Make Baked Donuts?

Oven baked donuts never excited me in the past. “A donut isn’t a donut unless it is fried,” I thought.

Well, I’m officially a baked donut convert! Don’t get me wrong, I still love the fried version, but these taste just as good as the fried ones and you don’t need to mess with a deep fryer! 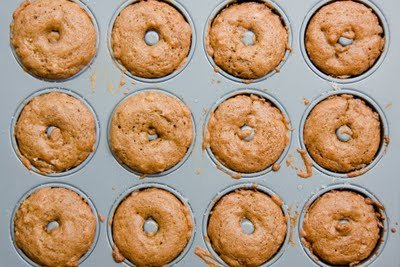 I love how both of these pans make really small treats! I’ve even used donuts made in the donut pan to top my coffee cupcakes. 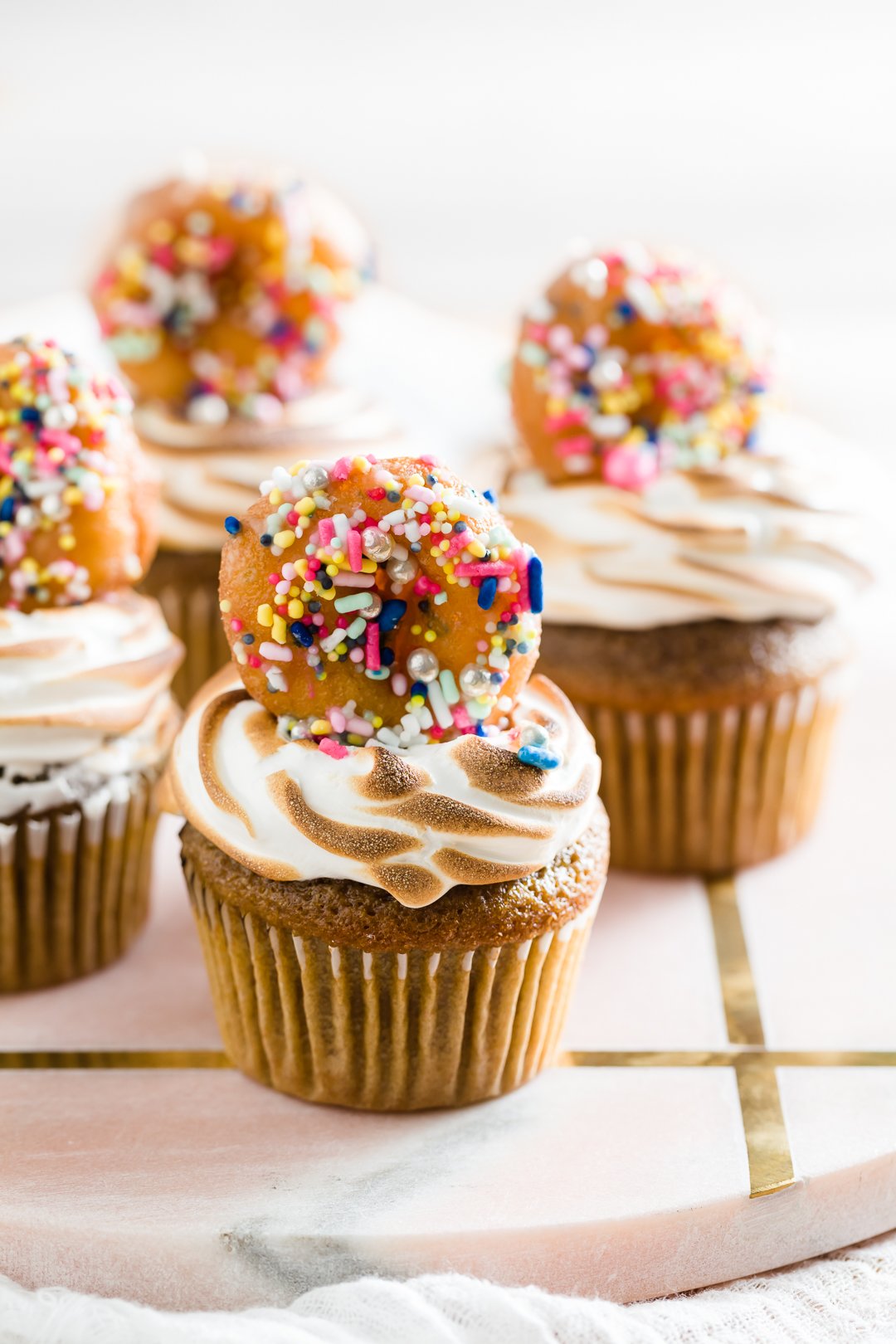 Wouldn’t these apple donuts be really cute on top of apple cupcakes?

Once you have these pans, they can come in handy for all kinds of donuts!

Like the pans you use for making madeleines, and specialty bundt cake pans, donut pans are not essential baking tools and you may not want to invest in them. You could use a mini muffin pan [paid link] in a pinch. Donuts made in a mini muffin pan are technically called apple cider donut muffins. They end up less round than they would in a donut hole pan when using a mini muffin pan – that’s the only difference.

Can You Use Apple Juice Instead of Apple Cider?

You may wonder if you can use apple juice in an apple cider donut. Apple cider is raw apple juice that has not undergone a filtration process to remove coarse particles of pulp or sediment. Because of this, it generally has a stronger apple taste than apple juice.

Raw unfiltered apple juice is a good substitution as it is essentially the same thing as cider.

You could also make these with frozen apple juice concentrate. Let the concentrate come to room temperature before using it, just use 1/2 cup, and skip the step of reducing it.

If you aren’t eating the donuts right away, loosely cover them and eat them within 24 hours.

Baked donuts freeze SO well! I pop a huge pile of them into my freezer in an airtight container and take them out whenever I want a taste of fall – just microwave them in 10 second bursts to heat them up!

These spiced apple cider donuts made with brown sugar have the same consistency as fried donuts and are jam-packed with fall's flavors - just like the ones sold at apple orchards. They are baked rather than fried and can be made as standard donuts, donut holes, or apple cider donut muffins!
Course Dessert
Cuisine American
Prep Time 5 minutes
Cook Time 15 minutes
Total Time 20 minutes
Servings 30 mini donuts
Calories 113kcal
Author Stefani

If you don't have a donut or donut hole pan, you can make these in a mini-muffin pan. They just won't be as round. If not eating right away, loosely cover and eat within 24 hours or freeze for months and microwave in 10 second bursts until warm.