These churro cupcakes are the closest you will get to eating a churro without actually eating one! They have loads of cinnamon in the batter, two cinnamon sugar layers, cinnamon buttercream frosting, and a dusting of even more cinnamon sugar on top!

Churro cupcakes are a fun option for Cinco de Mayo or anytime your want a special treat!

There aren’t any fancy ingredients in these cupcakes! Here are just a few things to note:

Tip: If you’re a beginner baker, stop here and first take a minute to read my post on how to make cupcakes. It covers some of the basics and offers up a lot of tips. I also recommend that you get yourself some essential baking tools.

Mix eggs, sour cream, and vanilla extract and add to the batter.

It’s very important to not over-mix the batter at this point. Mix until just combined. A cupcake with an over-mixed batter will end up squat and dense – something you definitely don’t want here. (See my post on over-mixing cake batter for more information.)

Top with more batter until the liner is halfway full. It is very important that you don’t overfill the liners.

Bake for 14 minutes or until done. You can check for doneness by inserting a toothpick into the center of a cupcake; it should come out dry.

Remove the cupcakes from the tins immediately and set on the counter or a cooling rack to cool.

Once cool, frost with cinnamon buttercream and sprinkle with extra cinnamon sugar!

Why did my cupcakes come out looking like they were overflowing from the liners?

These rise a lot during baking. Make sure to only fill the liners halfway.

How long do these cupcakes last?

I want to serve churros on top of the cupcakes – what’s the best way to do this?

I suggest making my churros or air fryer churros recipe, but make them extra small. You can then set them right on top of the frosting just before serving and they’ll look super cute! 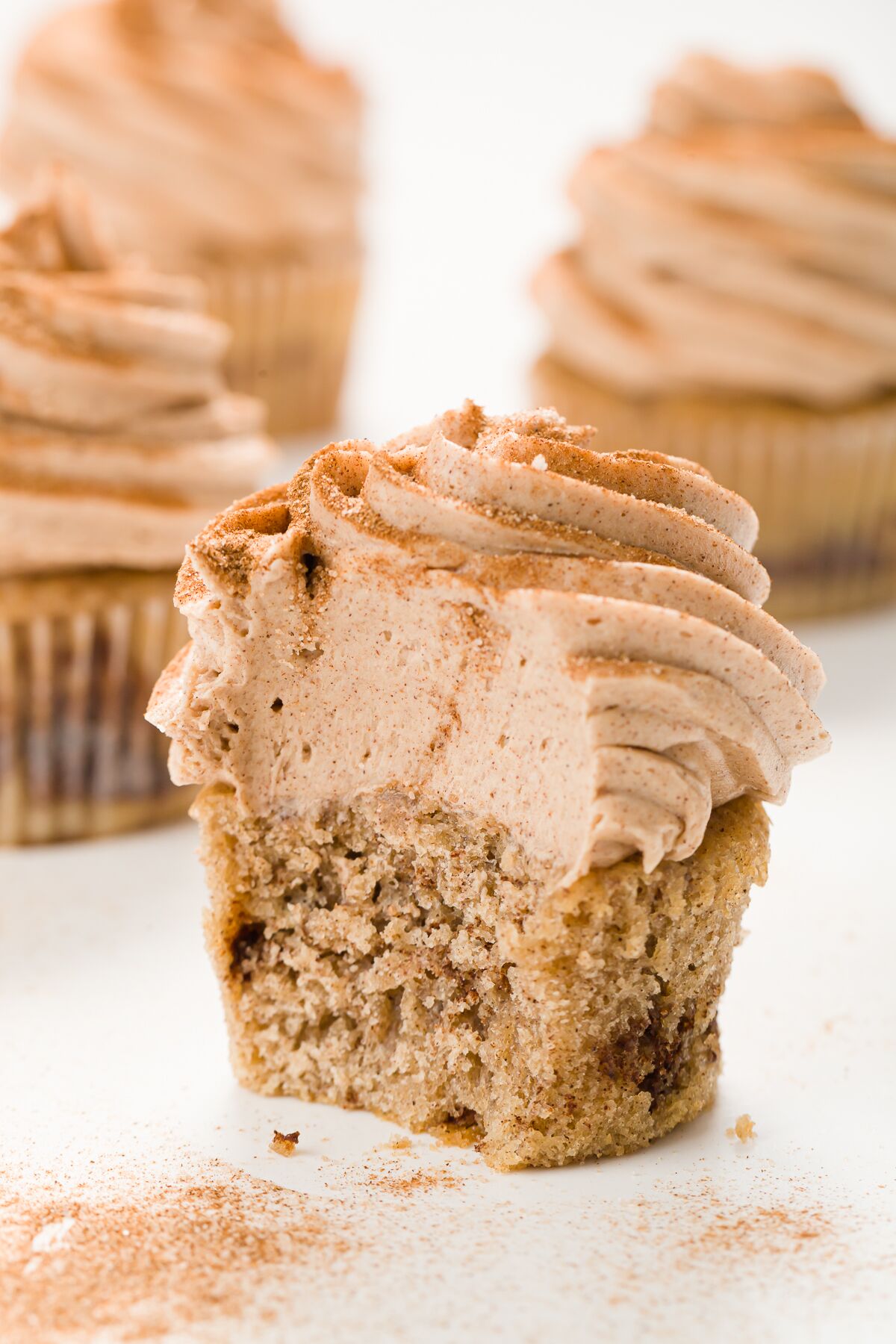 These churro cupcakes are the closest you will get to eating a churro without actually eating one! They have loads of cinnamon in the batter, a cinnamon sugar layer, cinnamon buttercream frosting, and a dusting of even more cinnamon sugar on top!
Course Dessert
Cuisine American
Prep Time 15 minutes
Cook Time 14 minutes
Total Time 29 minutes
Servings 14 cupcakes
Calories 431kcal
Author Stefani