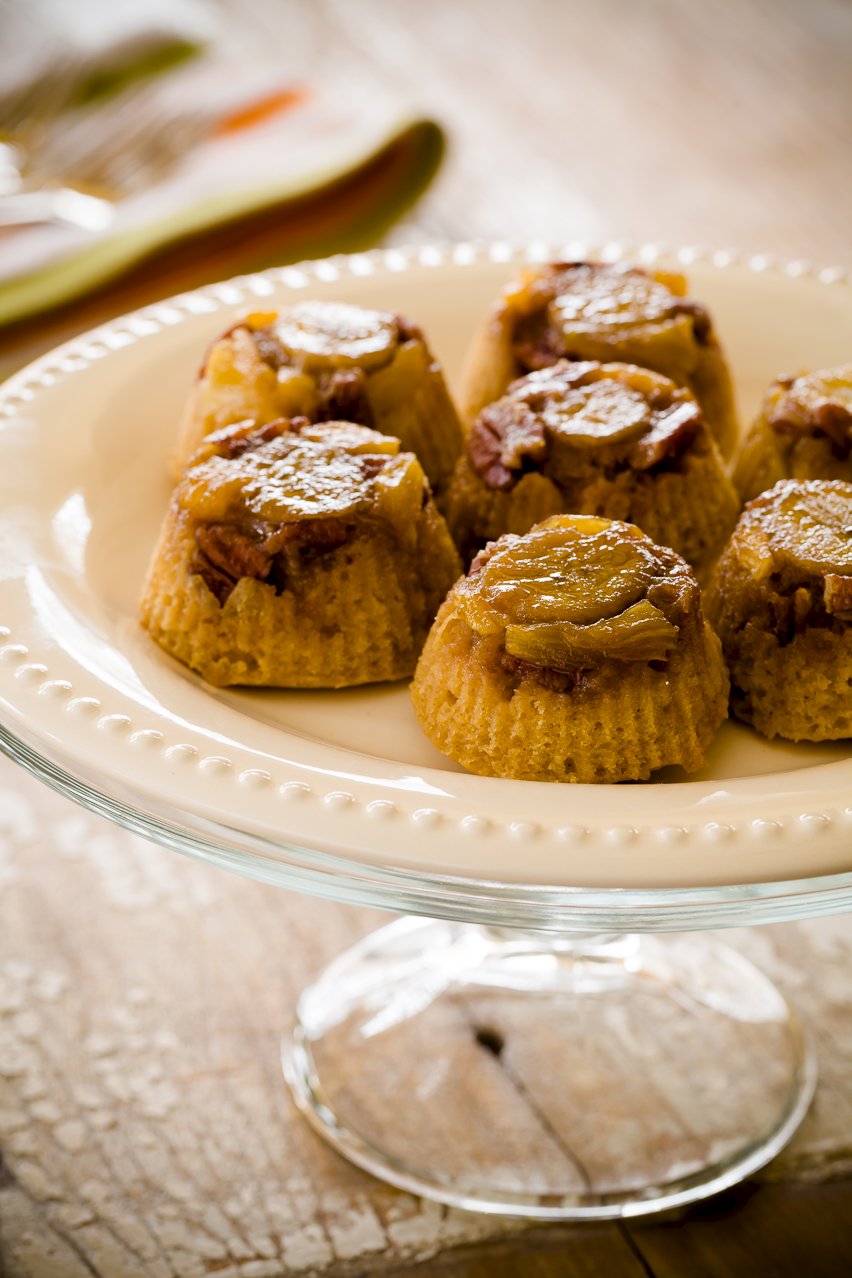 My hummingbird cupcakes with pineapple almond butter cream cheese frosting are among my  favorite cupcakes.  But, not everyone has almond flour, walnut oil, and golden syrup lying around (some of the key ingredients in that cupcake recipe).  This hummingbird upside-down cupcake recipe presents a simpler alternative with the same show-stopper flavor combination of pineapple, pecan, and banana.

This recipe must be prepared using silicone cupcake liners.