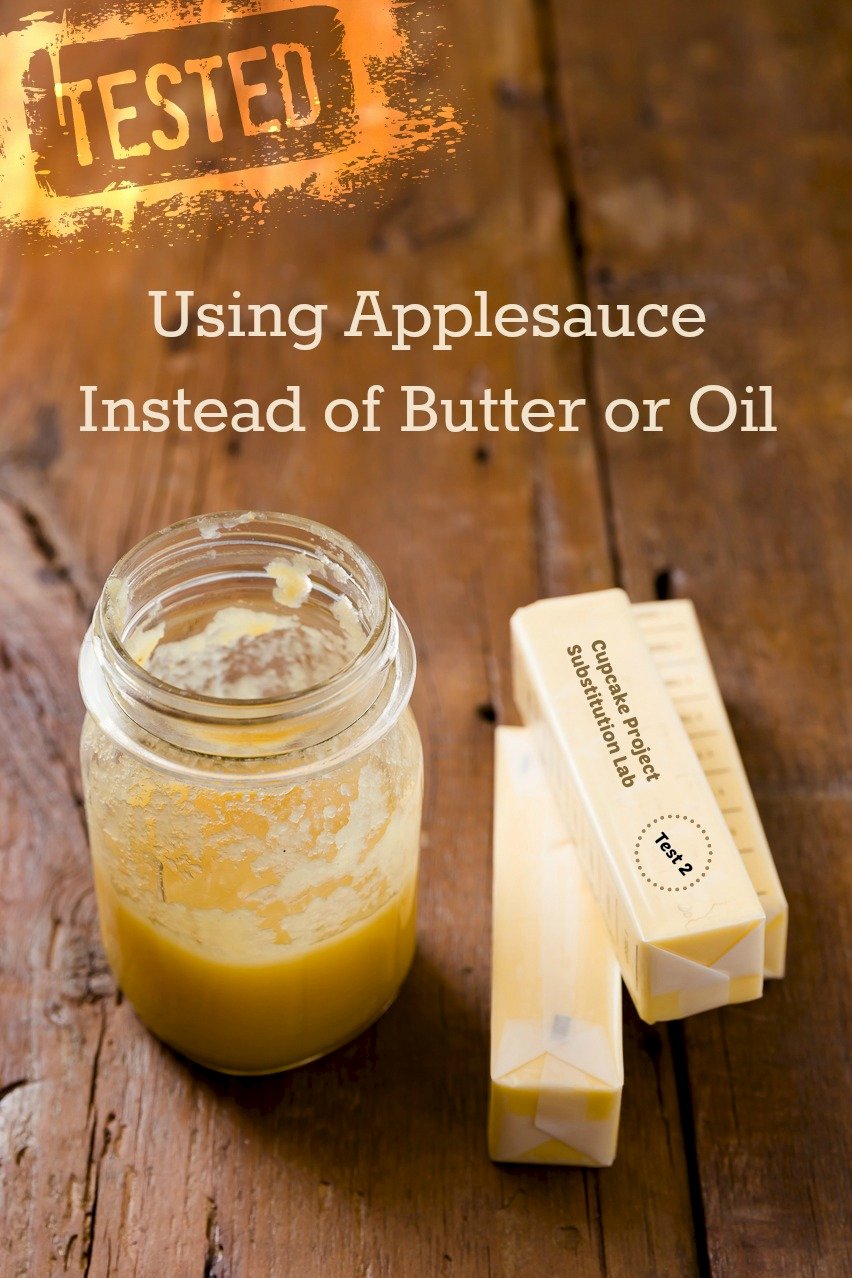 Test 2: Using Applesauce as a Butter or Oil Substitute

Many of you have asked me about using applesauce as a butter or oil substitute to cut back on fat. With holiday baking season upon us, it would be great to know if that really works. So, I decided to take it to the Cupcake Project Substitution Lab (a.k.a. my kitchen) and to run some tests. How would the substitution affect the consistency of the dessert? Is applesauce a viable alternative to butter and oil? My hypothesis was that the substitution would be successful, but the texture would be compromised and the applesauce might lend an apple taste to the desserts.

For my experiments, I used organic, unsweetened applesauce. (View on Amazon) [paid link] 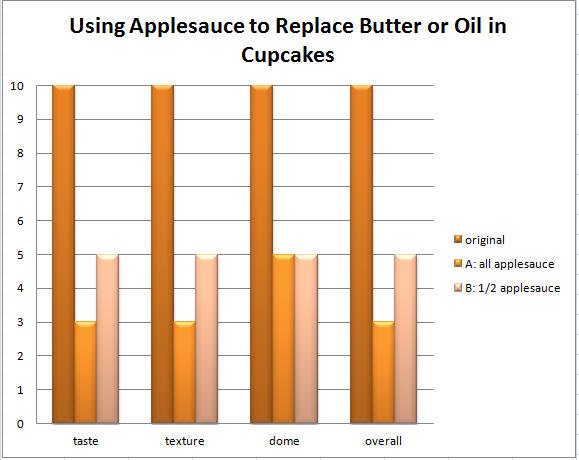 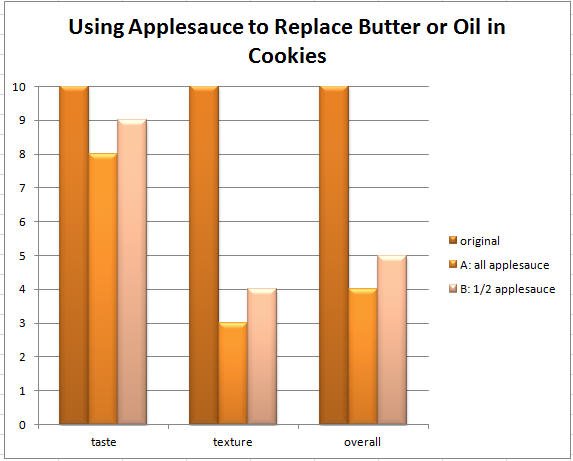 Cupcakes: The applesauce had a huge impact on Ultimate Vanilla Cupcakes. When I used all applesauce, the cupcakes didn’t dome, they were dense and rubbery, and they tasted like a sad apple muffin. I was generous when I gave the taste a 3. When I used only half applesauce, the taste and texture were passable; there was no discernible apple taste. The cupcakes were a bit more dense and there was wasn’t as light of a crumb as the Ultimate Vanilla cupcake. With some frosting slathered on top, you could serve it to a crowd and surprise everyone when you mention that the cupcakes were made with half the fat.

Cookies: I gave the full applesauce version’s texture a 3 as compared to the texture of a typical Toll House cookie – there’s no crunch and there are no cookie crumbs. However, if you like chewy/cakey cookies, skip the fat in Toll House cookies and go 100% applesauce. The taste is almost as good as the original, the main difference being the soft texture. When I used half applesauce, the texture remained soft but the exterior of the cookies had little bit of crisp.

[Although not part of this study, I can say that it works really well as a substitute in breads like my applesauce zucchini bread.]

Did you enjoy Cupcake Project Substitution Lab? Let me know in the comments. I would love your input and suggestions for future tests.