These butterfly cakes – also called fairy cakes or butterfly buns – are cupcakes decked out to look like butterflies with a pile of sweet whipped cream and a dollop of jam. They are fun and easy dressed up vanilla cupcakes! 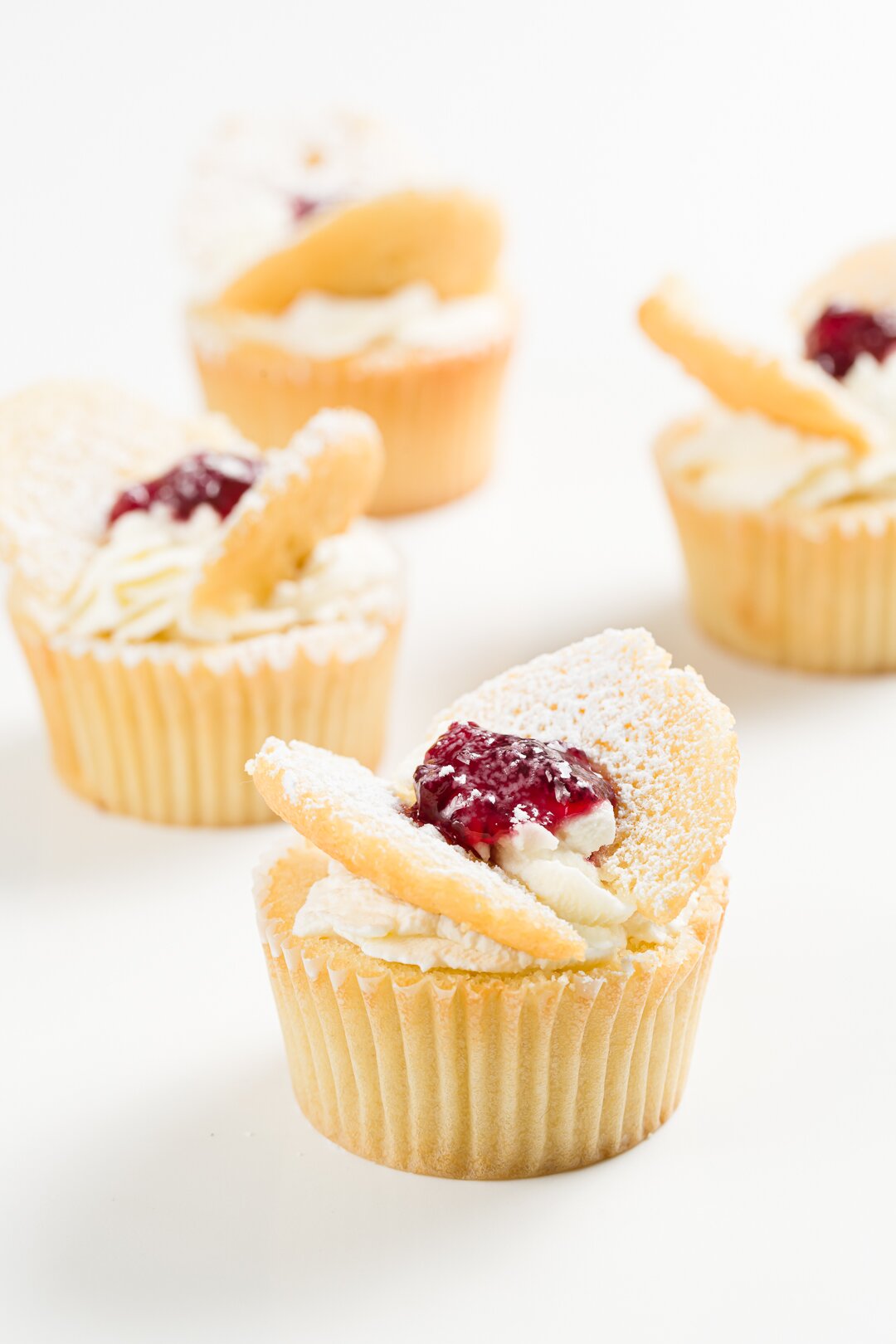 What Are Fairy Cakes?

What a fairy cake is completely depends on who you talk to.

In this post, I’m going to focus on the butterfly cakes! While it’s a classic cake design in England, it’s rarely made in the United States.

How to Make Butterfly Cakes

To make butterfly cakes, start with your favorite vanilla cupcakes. (If you’ve never made cupcakes before, you might find my guide to making cupcakes helpful.)

Carefully cut off the tops of the cupcakes. 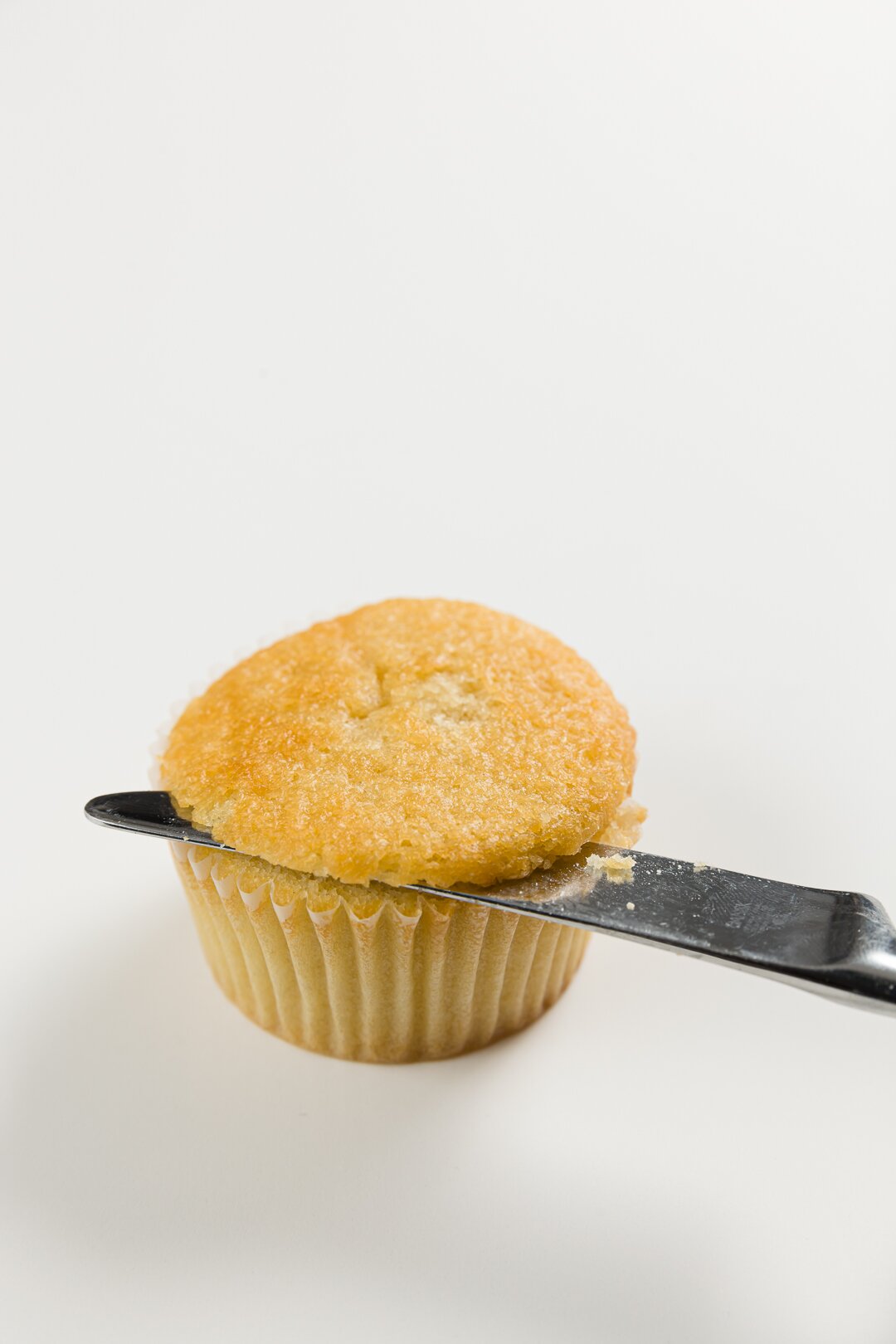 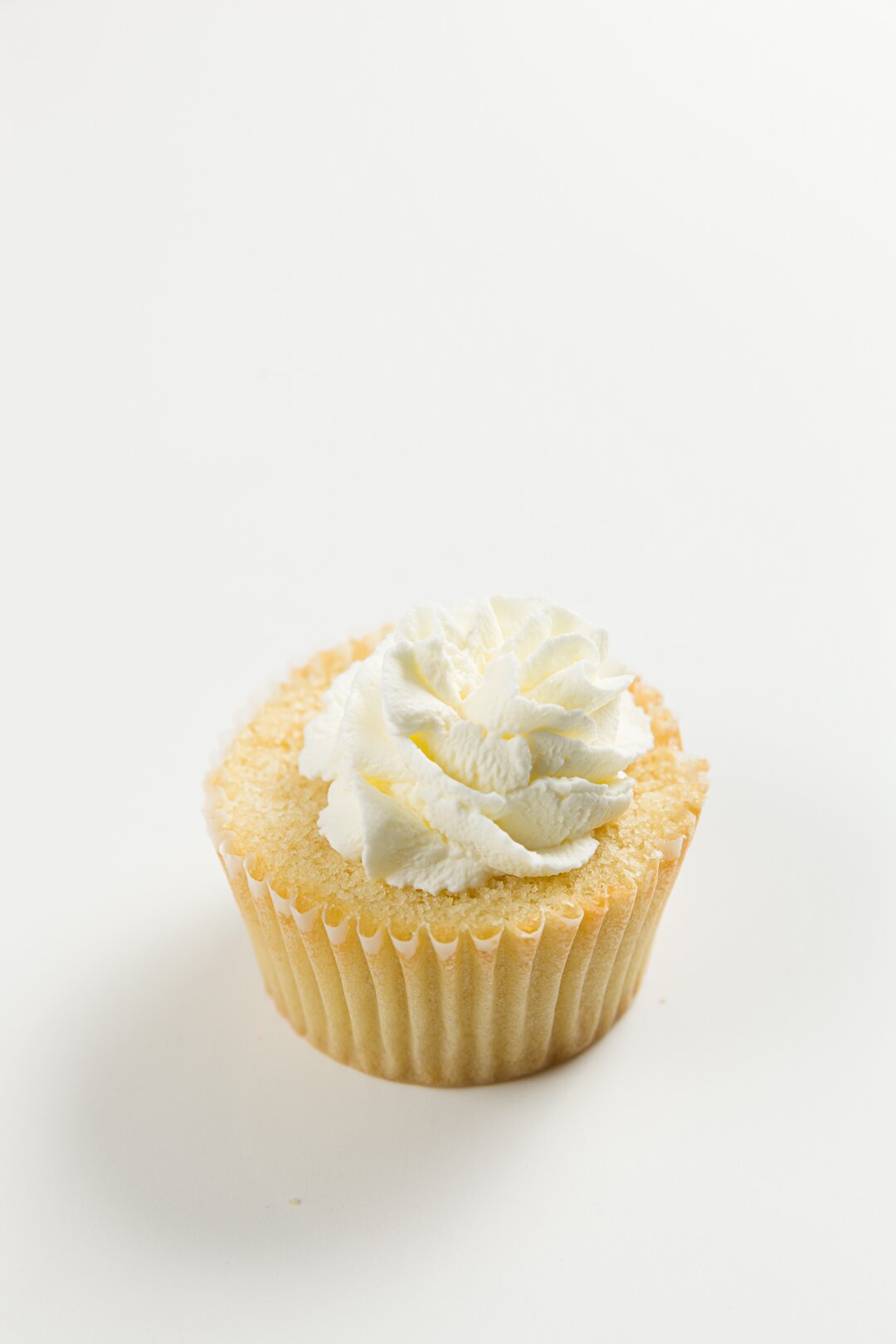 Cut the circles that you removed from the tops of the cupcakes in half. Place each half upright into the whipped cream on top of each cupcake so they look like wings. 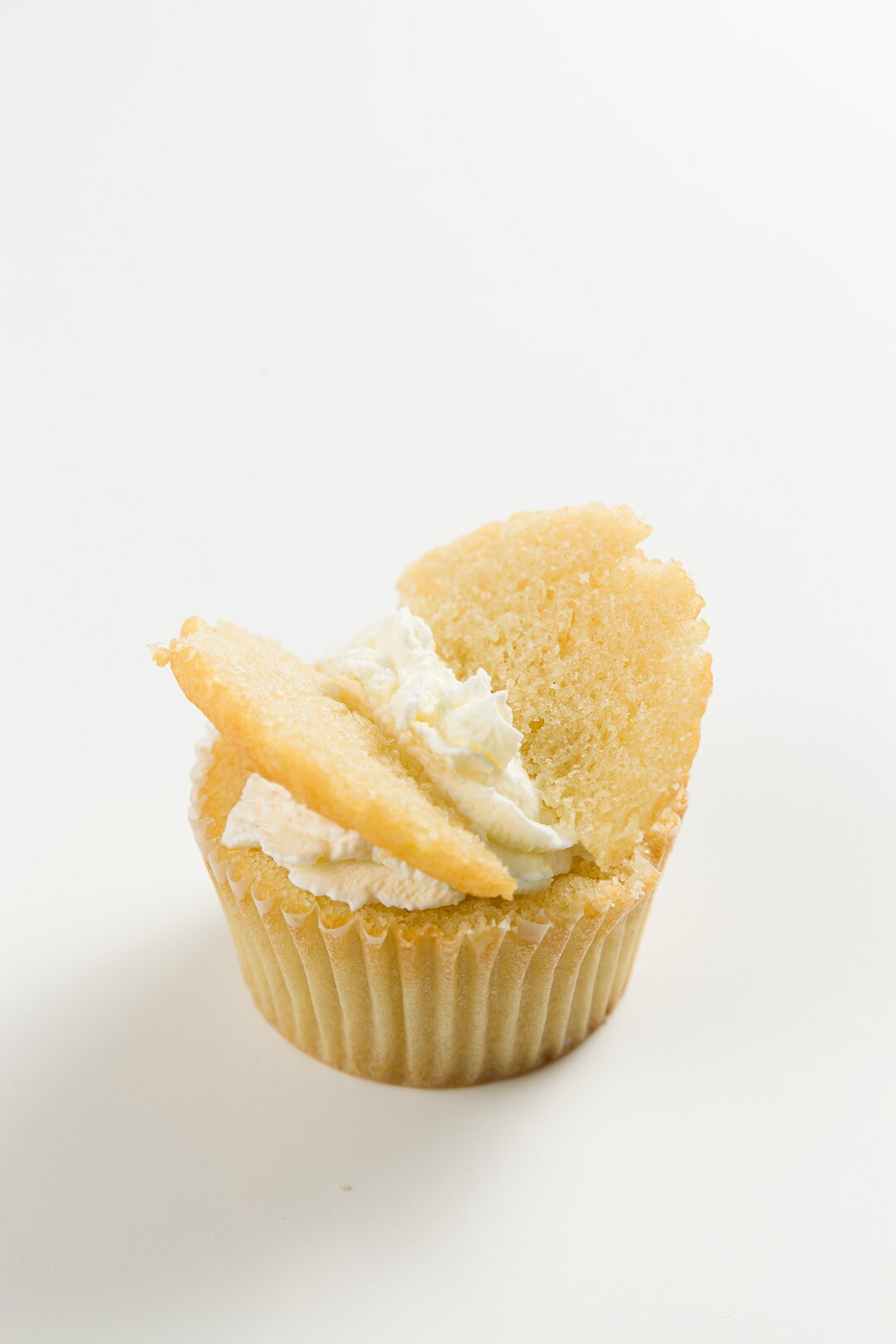 Pipe or dollop a small circle of jam into the center of each pair of wings. You can use any kind of jam that you like; strawberry jam works really nicely.

Dust every cupcake with powdered sugar. 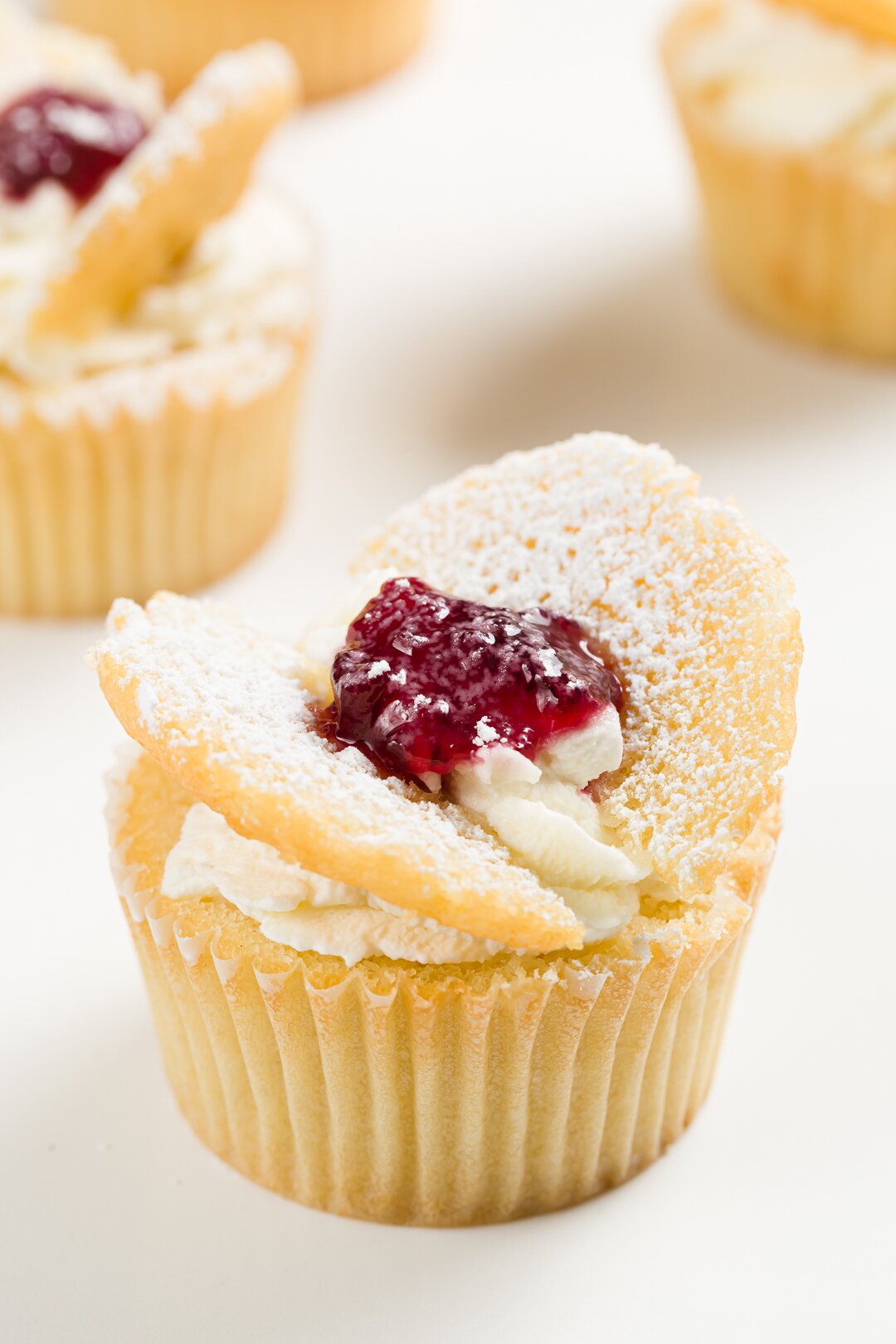 Instead of simply putting the jam between the wings, you can turn this into a filled cupcake first. Use a knife to core a hole in the cupcake after removing the top and fill the hole with the jam, and then decorate as you would a normal butterfly cake! The jam inside will be a fun surprise!

Try making a chocolate version of these cakes by using chocolate cupcakes and chocolate whipped cream.

For a variation, core a hole in each cupcake and fill with jam before before piping on the Chantilly cream. If you aren't eating within a few hours, store in the refrigerator and bring to room temperature before serving. Fairy cakes will last three to four days in the fridge.