I created chocolate potato chip PMS pie to satisfy all of your period cravings.  PMS pie has gobs of chocolate, two layers of potato chips (one layer is a potato chip crust), and a salted caramel topping for good measure!  It is intense in a wonderful way, unlike that monthly migraine.

I asked on Facebook about your period cravings and based this pie on what the results of that ask were. I’m here to help! 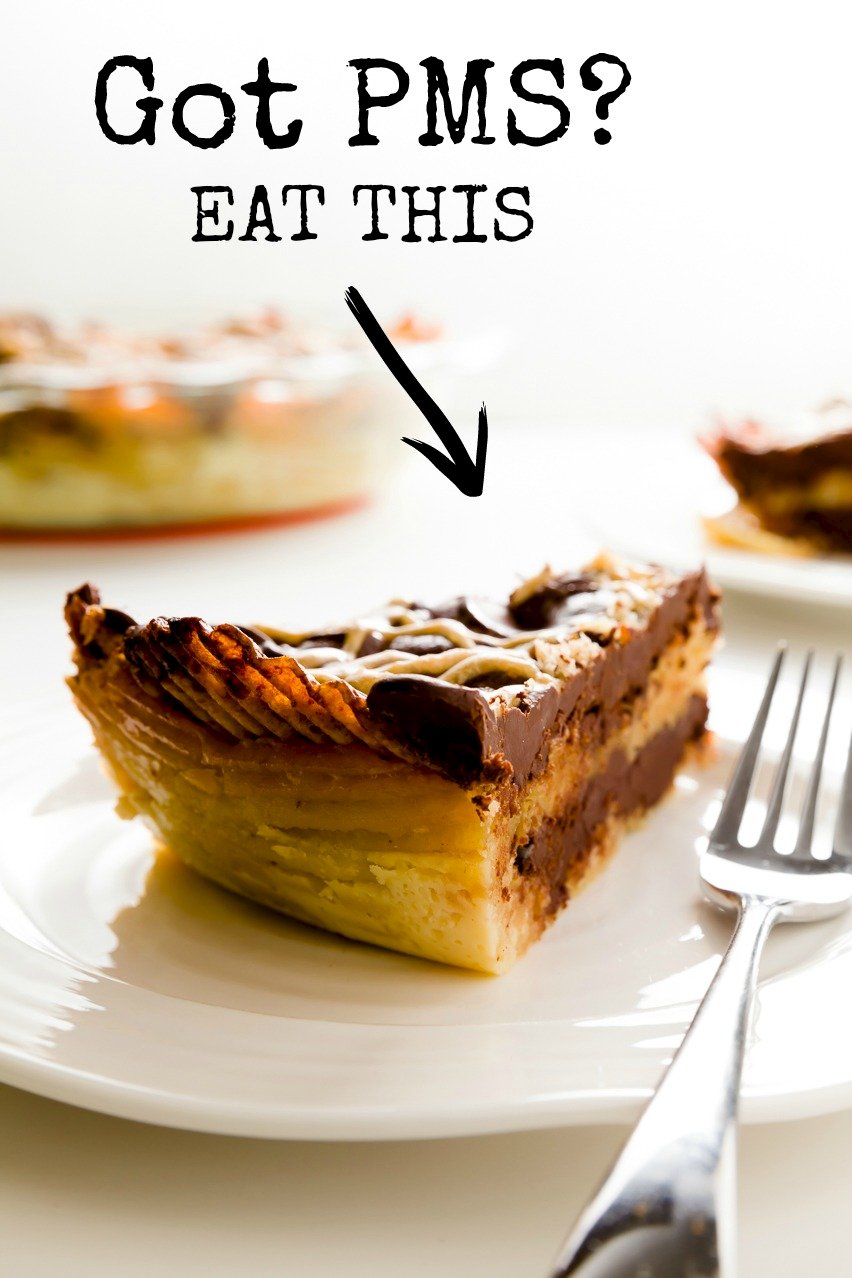 What I learned was the the most common period cravings include: 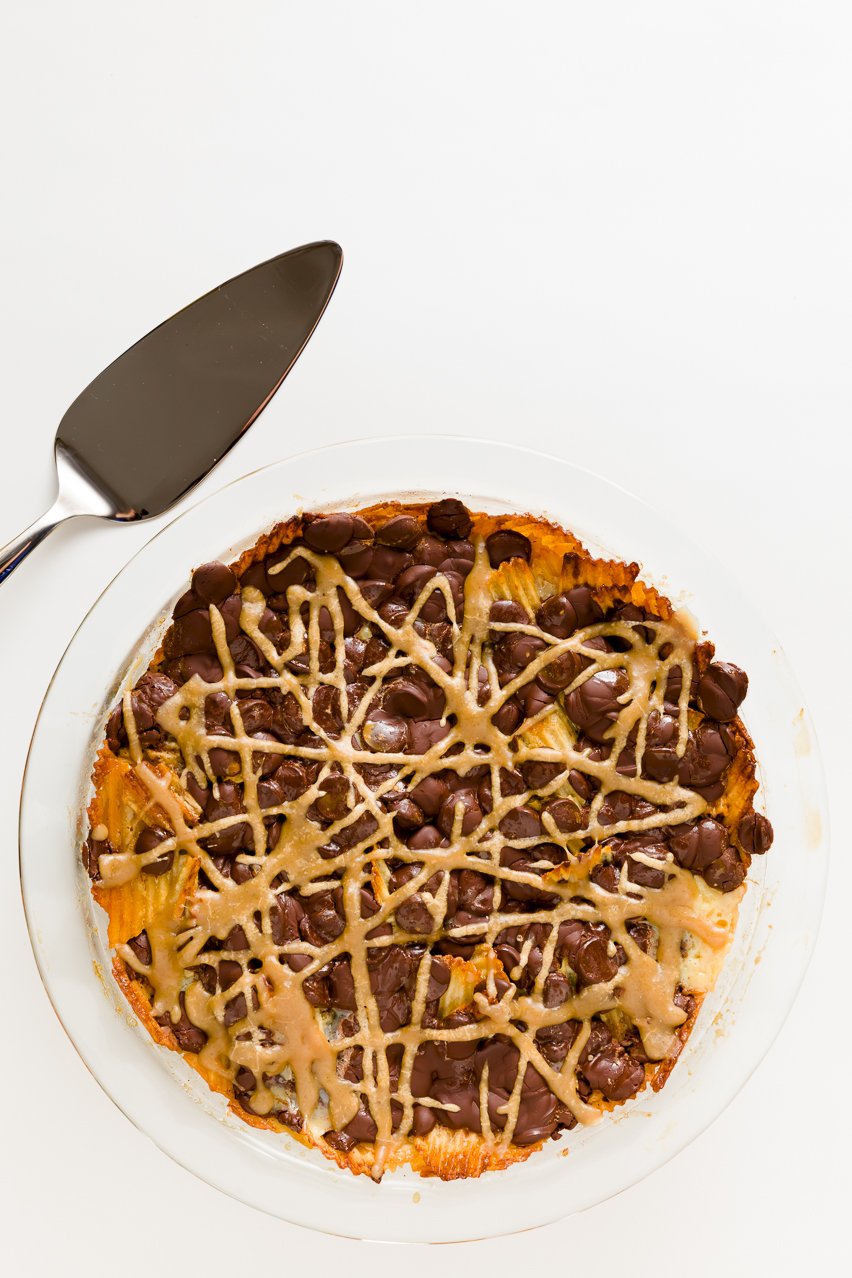 How to Adjust PMS Pie to Your Cravings

PMS pie already has chocolate and potato chips, but you can adjust the recipe to fit your personal cravings. 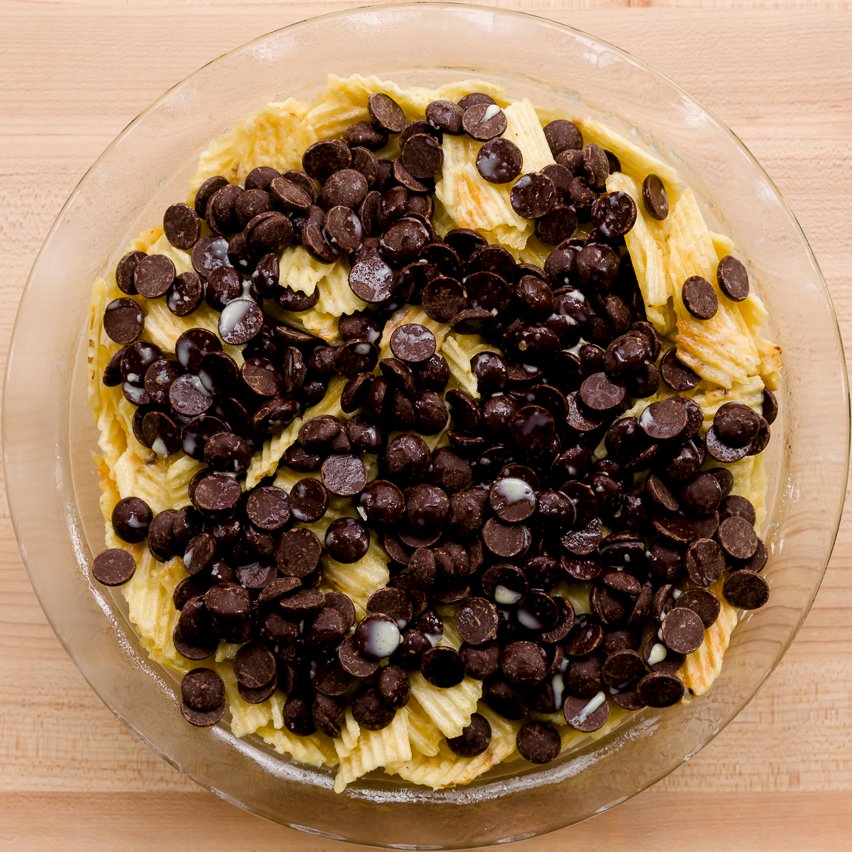 Did I miss your craving? Tell me in the comments! 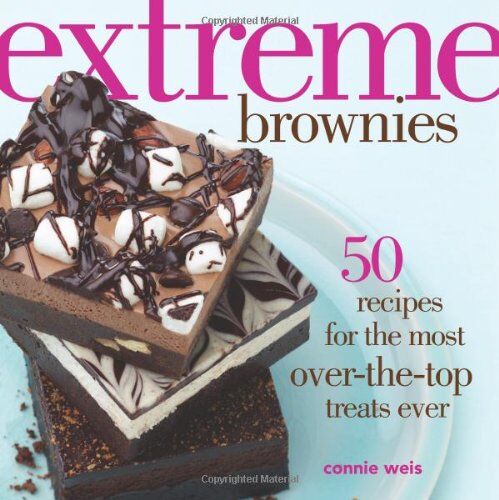