These German chocolate cupcakes are decadent and irresistible! They start with my best ever chocolate cupcakes made with milk chocolate. Those are filled with a coconut pecan filling and finally topped with chocolate buttercream, desiccated coconut, and chopped pecans.

These treats are perfect mini versions of the cake! Around here, we like them even better than the cake.

Some of the key ingredients you’ll need for this recipe are:

In the case of these cupcakes, the coconut pecan frosting is used as a filling.

Start by combining sugar, evaporated milk, butter, and egg in a small saucepan on medium heat.

Mix until it all starts to bubble.

Tip: It is very important to stir CONSTANTLY. If you don’t, you will end up with scrambled eggs in your filling!

Next, mix in chopped pecans and vanilla extract.

Cool in the refrigerator while you make the cupcakes. As it cools, it will thicken up and be easier to scoop.

The easiest way to fill the cupcakes is to use a knife to cut circles in the centers of the cupcakes going almost all of the way down to their bottoms. Pull the little cores out.

Use a spoon, scoop, or piping bag to fill the holes.

Frosting the cupcakes with a chocolate buttercream adds to their chocolaty goodness. The recipe is repeated at the bottom of this post, and the step-by-step instructions are available on my standalone post about the frosting.

Pipe the chocolate buttercream right over the filled holes. No one will ever know the filling is there until they bite into a cupcake!

Finally, top the cupcakes with extra coconut, chopped pecans, and some chocolate syrup.

These cupcakes should be stored in an airtight container and will stay good for three days at room temperature or five days in a refrigerator.

You can also freeze excess filling in an airtight container and it should last for several months.

Why did my cupcakes come out gummy?

It’s likely that you overmixed the batter. Overmixing can definitely make the cupcakes gummy.

Do I make the cupcakes or filling first?

If you’re making cupcakes from scratch instead of buying them for this recipe, make the filling first. This will allow it time to chill before you need it.

What should I do with all of the cupcake cores I removed?

Eating them is the baker’s reward! You can eat them plain or cover them with leftover filling and frosting.

Are German chocolate cakes and cupcakes from Germany?

According to Kitchen Project, “A recipe for German’s Chocolate Cake first appeared in a Dallas, Texas newspaper in 1957. That it was sent in by a Dallas homemaker is all we know. According to Patricia Riso, a spokeswomen for Kraft foods, it used a brand of chocolate bar called German’s which had been developed in 1852 by an Englishman named Sam German, for Baker’s Chocolate Company.” 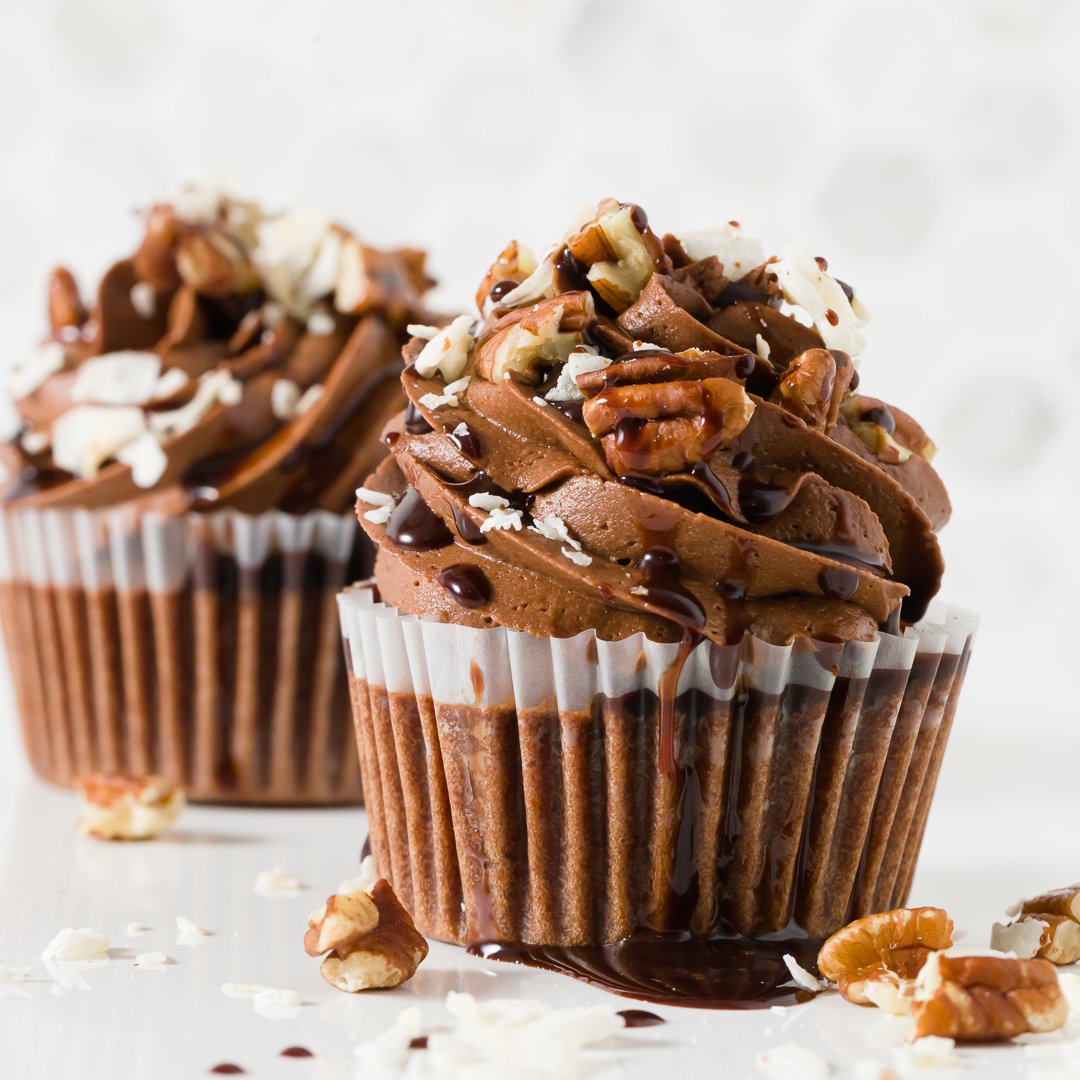 Always make the German chocolate frosting first. That way it has time to chill and thicken while the cupcakes are baking. You may have a little extra German chocolate frosting. If you do, it’s wonderful to spread on toast or mix into ice cream. These cupcakes should be stored in an airtight container and will stay good for three days at room temperature or five days in a refrigerator. 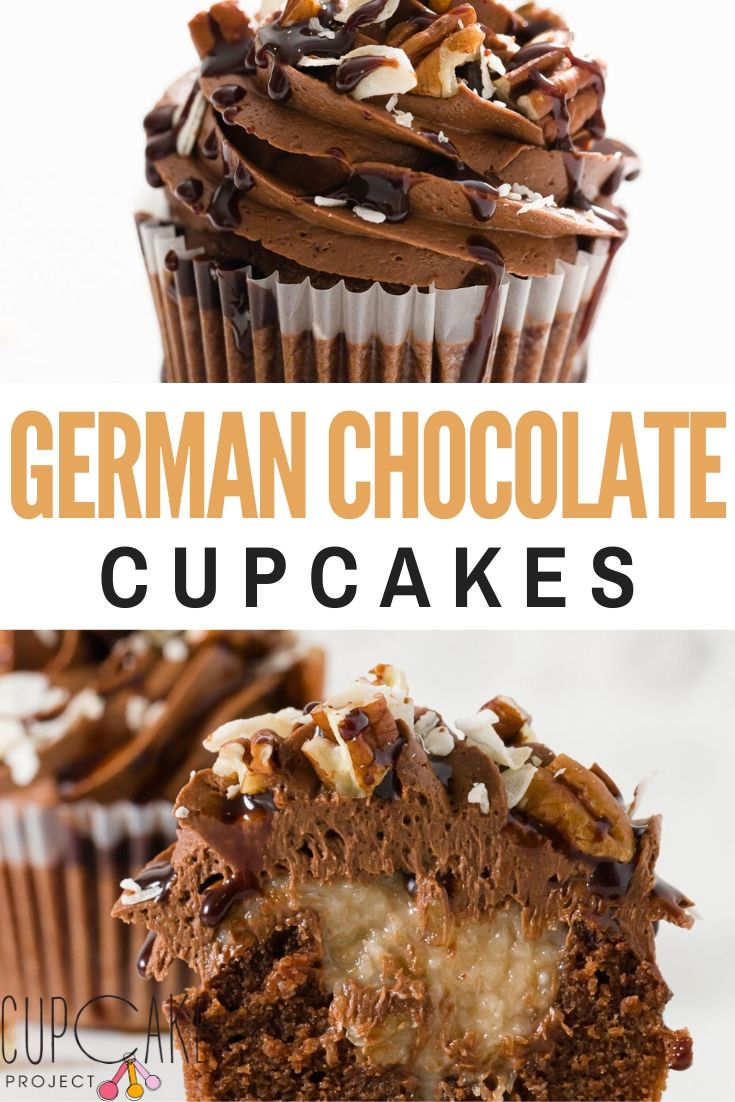