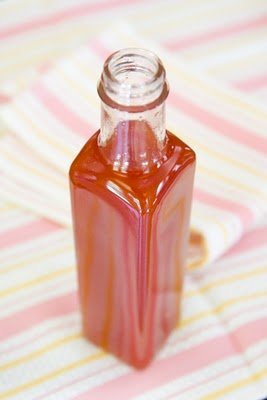 I wanted to make a true watermelon-flavored cupcake.

I found a small article by Kate Mullinson a webpage about recipes from the past that described the process for making watermelon syrup.  Kate had made the syrup and suggested that it might work well in a baked good.  I decided to give it a try.

Sadly, the watermelon syrup did not make my cupcakes taste like watermelon (more on that in a future post), but that doesn’t mean that the syrup wasn’t a success.  The watermelon syrup captured in a little red bottle the true essence of one of summer’s top fruits. It tasted just like real watermelon – which isn’t surprising, since watermelon is the only ingredient.

As Kate suggested, homemade watermelon syrup would make a great gift for a foodie friend. Use watermelon syrup on pancakes, in popsicles, in oatmeal, or anywhere you would use a sweetener. However, my favorite use is watermelon soda where I mix a splash of this syrup with carbonated water. 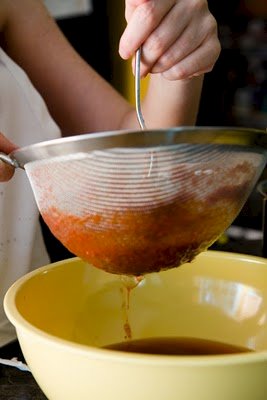 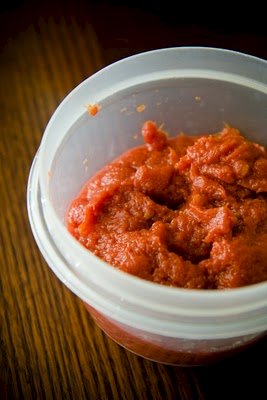 Use the watermelon pulp (I call it watermelon butter) as a spread on fresh bread – it’s summer’s apple butter.  You’ll completely surprise and impress your next summer party guests!