Round challah (airy, eggy, braided bread) is baked for Rosh Hashana, the Jewish new year. Learn to make this traditional bread from scratch!

Challah is a rich bread almost like a brioche, but more eggy and less buttery. It works just as well as brioche in my brioche French toast. In fact, challah is one of the best breads around for French toast.

During most of the year, challah is served as an oval loaf. But, on Rosh Hashana, round challah is always served. Rosh Hashana is the Jewish new year and the round shape represents the cycle of life.

How to Braid Round Challah

The step-by-step guide below shows the braiding process for a medium or large round challah.

An egg wash won’t affect the taste of your challah, but it will affect the appearance. Brushing an egg over your challah just before it bakes will give it a shine. If you use just the egg yolk, it will look more yellow and dark. The images in this post use the whole egg. However, I actually prefer the look of the egg yolk only.

This bread doesn’t typically have a glaze, but there are tons of fancy variations on challah such as my spiced apple challah.

For mini challah rolls, use the same braiding technique as shown above. However, everything is so much smaller so it’s a little harder to work with. You’ll only be able to get two cross-overs done before you run out of dough to work with.

The braiding effect wasn’t as pronounced on the cupcakes as it was on the large round challah. However (especially if kids are involved), braiding is half of the fun! If you want to skip it, though, the challah cupcakes will still be beautiful and tasty! 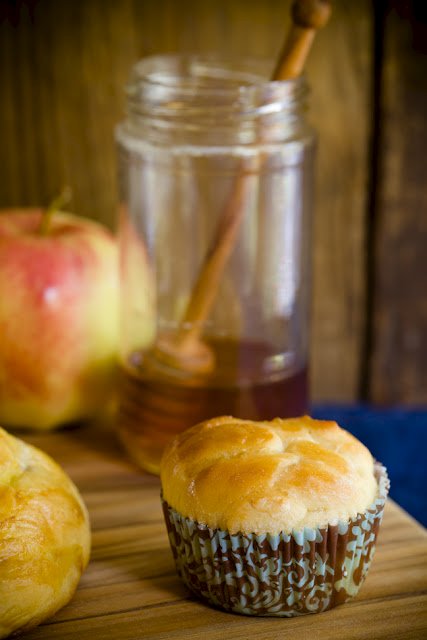 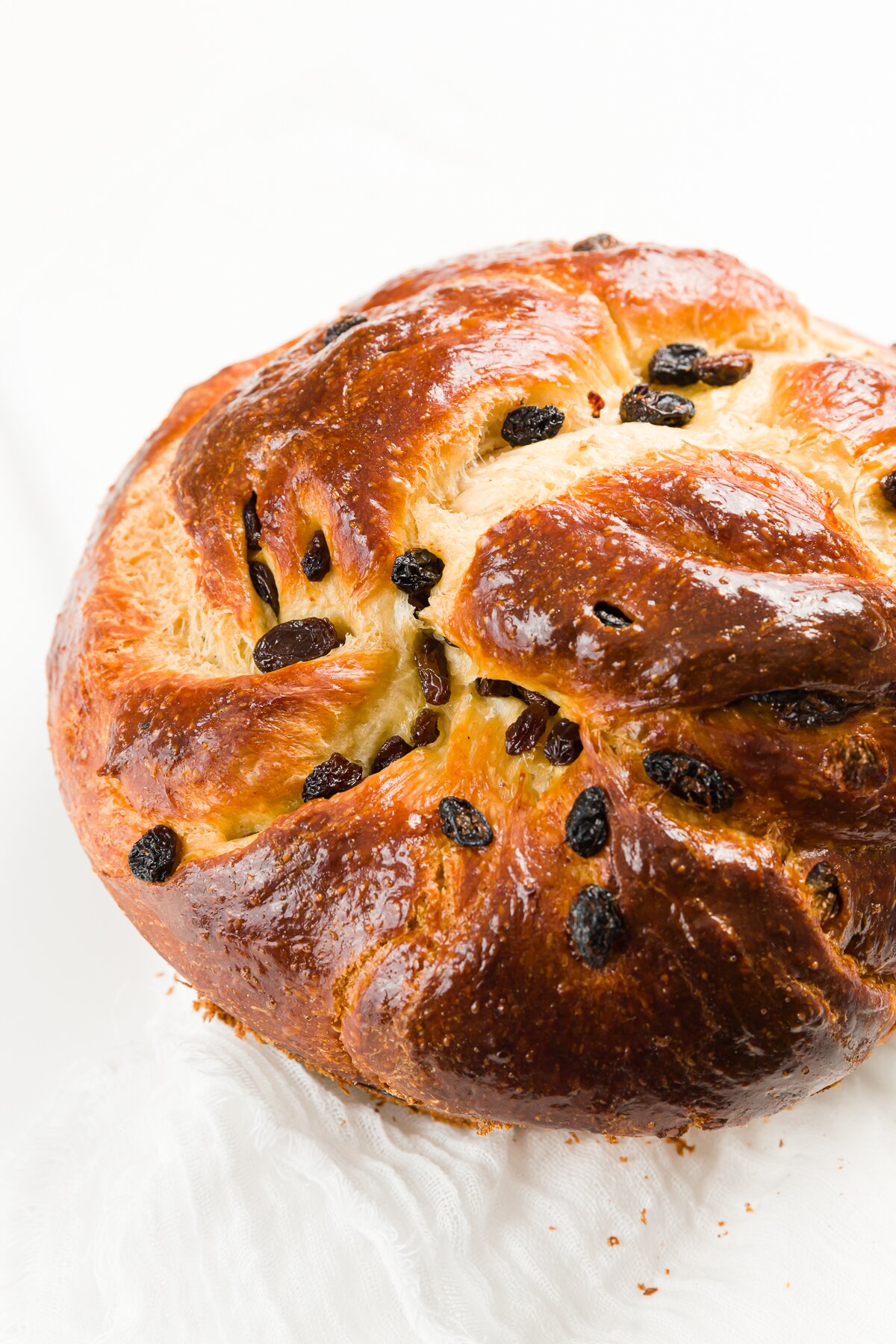 Round Challah for Rosh Hashana