Nougat With Chocolate Malt – Like in Milky Way Bars 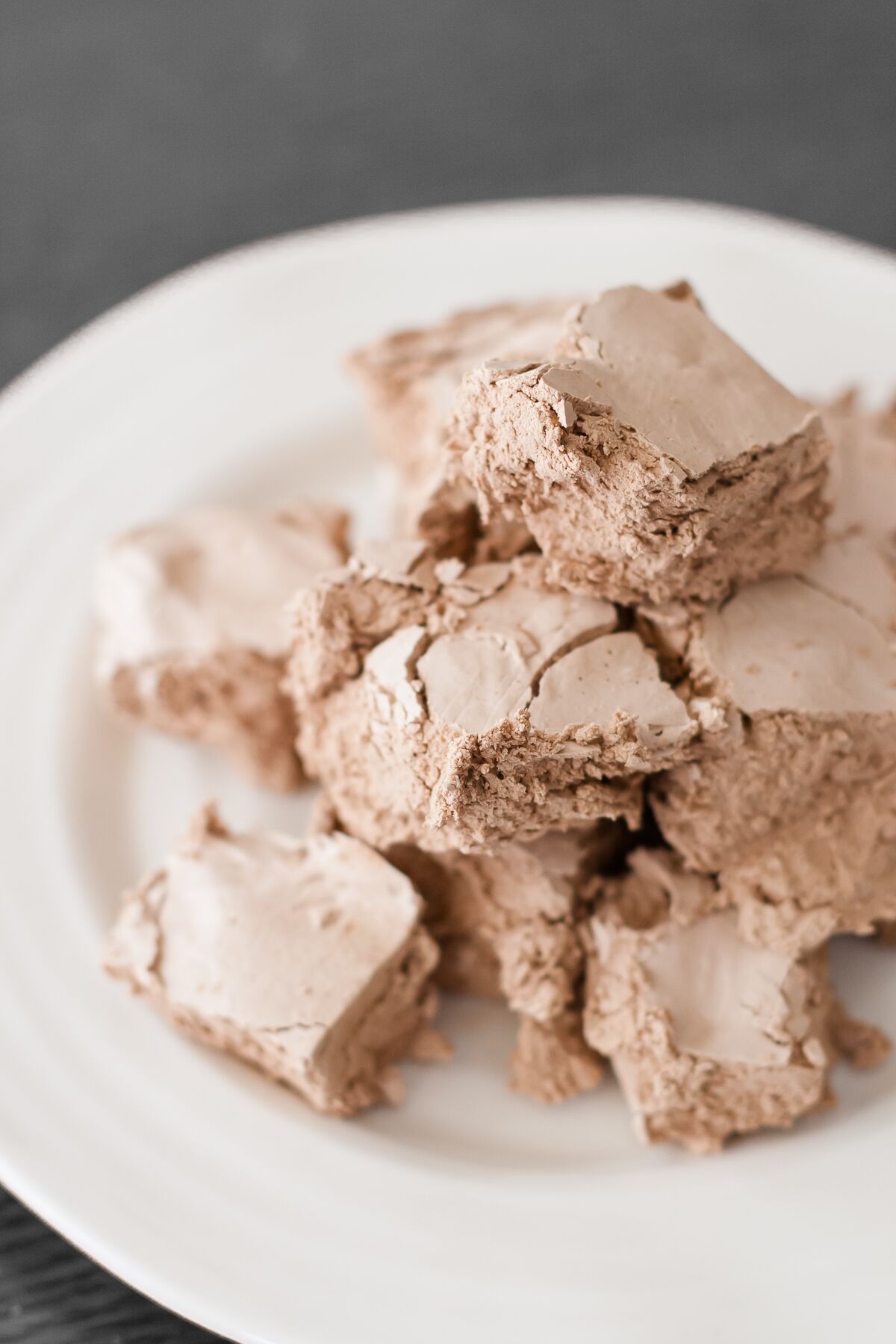 Until making homemade nougat, nougat was a mystery to me.  Nougat was the alien chewy substance found in my least favorite candy bars.  A request to make Milky Way cupcakes (more on that in a future post) prompted me to research nougat and ultimately to make some myself.

I learned that while nougat traditionally is a candy prepared with nuts (per Wikipedia: “The word nougat comes from Occitan pan nogat (Occitan pronunciation: [panuˈɣat]), which means nutbread.”), the nougat in Milky Way

contains no nuts – it’s a chocolate malt nougat.  It’s made with egg whites (like a meringue), but with the addition of sugar, corn syrup, malted milk powder, and chocolate.

Despite my distaste for Milky Way bars (even before I became a chocolate snob, I didn’t like ultra-sweet candy bars), I bought one for research purposes.  Like a teen buying condoms, I hoped that I wasn’t spotted by anyone who knew me.  Very often, foods that I don’t like become magically delicious when I make them myself.  This was not the case with nougat.  My homemade nougat was a spot-on match for Milky Way’s nougat – sticky and sickeningly sweet.  Do you like Milky Way bars?  You’ll love this stuff!

Does this mean that I didn’t like the Milky Way cupcakes?  Nope.  When I mixed the nougat into chocolate malt cupcake batter, the candy’s sweetness harmoniously balanced the not-so-sweet batter. I was thrilled with the results.  Give me nougat in a cupcake over nougat on its own any day!

I got the malted milk nougat recipe from Elizabeth LaBau at About.com.  I am reprinting it below with a few minor changes and my notes.

Nougat With Chocolate Malt – Like in Milky Way Bars

I wasn't ever a fan of nougat in candy bars, but then I looked into how to make it and was pleasantly surprised.
Course Dessert
Cuisine American
Keyword chocolate malt nougat recipe, how to make nougat, malted nouget
Prep Time 10 minutes
Cook Time 10 minutes
Total Time 20 minutes
Servings 24 servings
Calories 111kcal
Author Stef