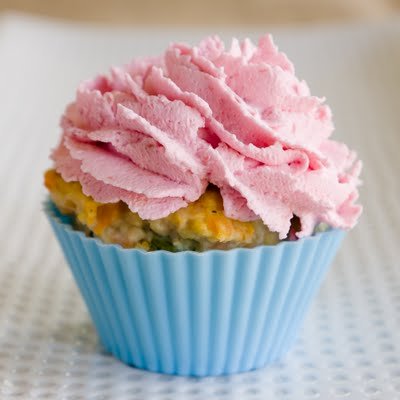 You won’t have to warn people that these gefilte fish cupcakes with horseradish whipped cream are not typical sweet cupcakes.  The smell of fish and onions will do all of the talking for you.  An adorable cupcake shape, however, might be just the hook that gefilte “fish” needs to be the catch of your Seder.

There are two options for making gefilte fish cupcakes.