If I hadn’t made this vegan pie crust myself, I wouldn’t have believed it if you told me its secret ingredient. It is tender and flaky. And, although there’s no butter, it has a rich, come-back-for-more taste.

Believe it or not, the secret ingredient in this pie crust is vegan mayonnaise. 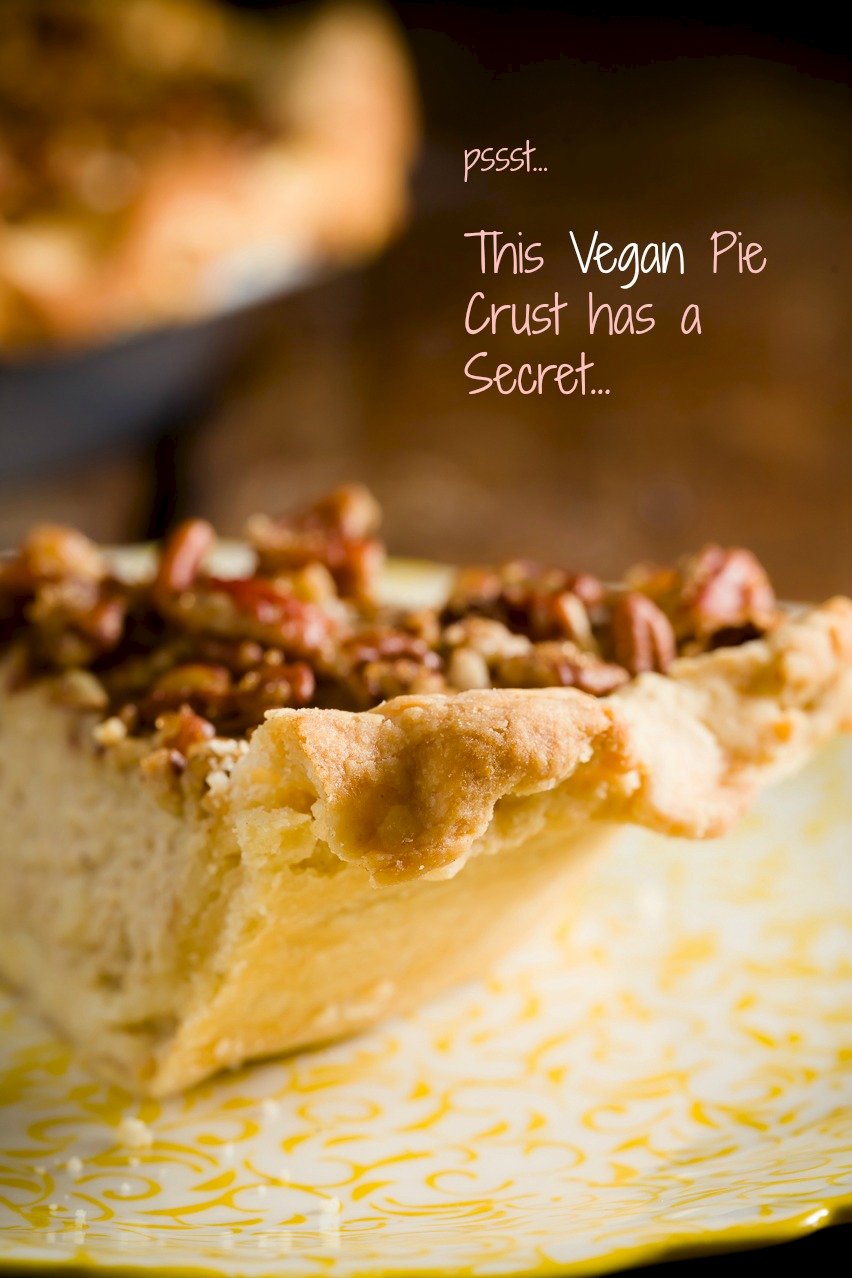 Despite the mayonnaise, there’s no weird aftertaste (as you might fear) and the pie crust is not oily. If anything, this crust is more crisp than most non-vegan crusts that I have made.

Plus, this pie crust is so easy to make; you don’t even have to wait for the dough to chill before rolling it out! This crust may become a new staple around our house – right up there with my typical all-butter crust.

It’s great to use for non-vegan sweet pies like pecan pie and even savory ones like a galette.

I found a recipe for pie crust made with mayonnaise in a write-in column called “Dear Melba” in a 1988 article of NewsOK. Jackie Craig, the recipe’s provider, boasted that the crust held cream fillings well without getting soggy. I thought I would put this recipe to the test as a vegan version using vegan mayonnaise.

When I used vegan mayonnaise in my pie crust for a vegan zucchini pie, the crust held up just as Jackie had promised it would. Hooray!

I’m reprinting her recipe below in my own words and with my switch to using vegan mayonnaise.

You can use any full-fat mayonnaise if you don't care about the crust being vegan.