The Invention of Frosting 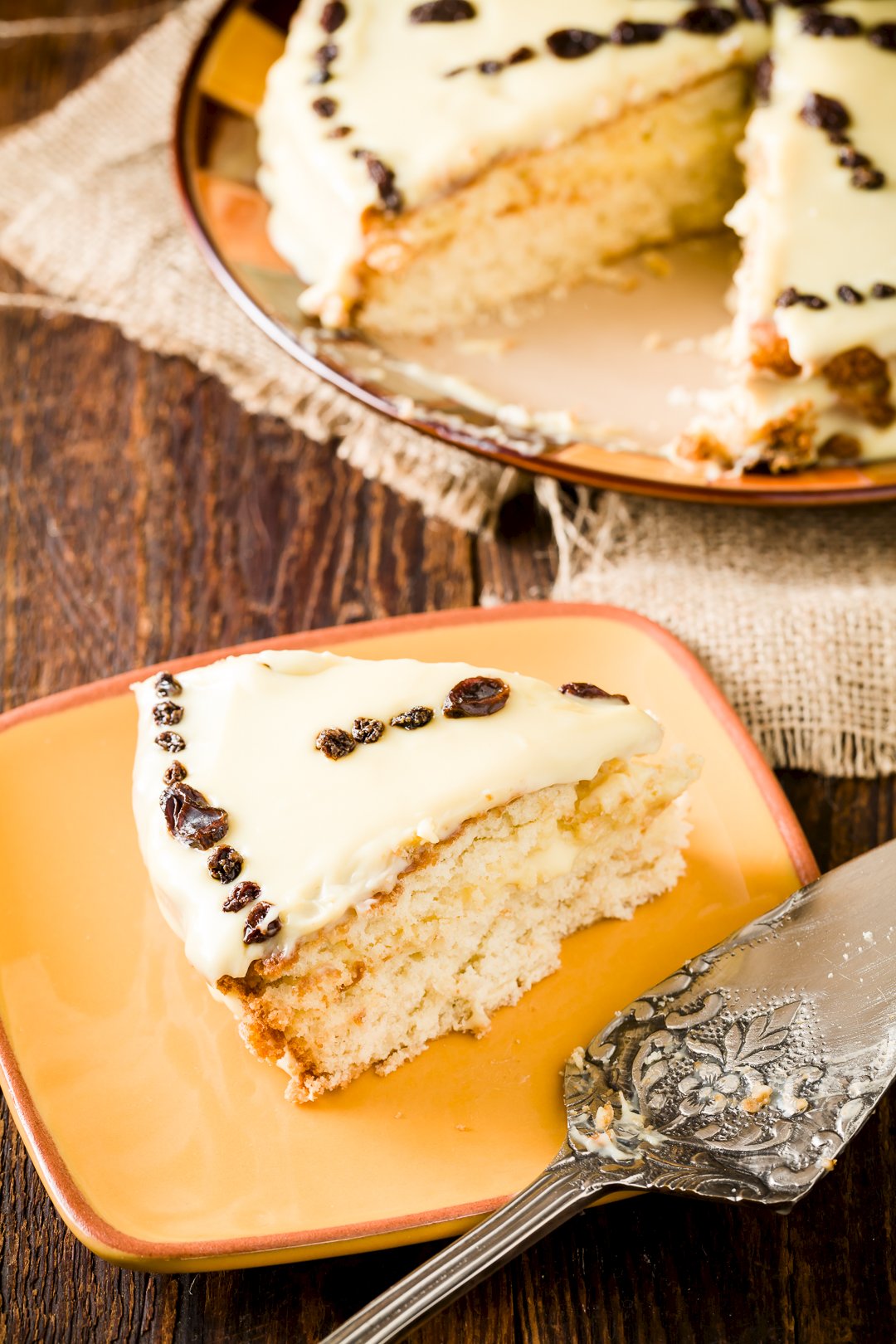 In Jess Touchette’s second contributor post, she shares the fascinating history of frosting and layer cakes. Read on…

In a recent post about 17th-century “biscuit bread,” I traced the centuries-long evolution of “cake” from sweetened, enriched bread to the light and airy confection that we know and love today. There, I noted that the increased availability (and affordability) of refined flour, refined sugar, and commercial leaveners like baking powder enabled 19th-century bakers to produce true, modern cake for the first time. Yet our story doesn’t end there, for two more mile-markers on the road to cake as we now know it remained.

First, there was the introduction of icing. Before the 19th-century, cakes were served fully naked, with not even the hint of artfully scraped icing that typifies today’s trendiest wedding cakes. For frosting fiends like myself, these bare cakes represented a major omission. (After all, a cupcake without icing is just a glorified muffin.) Nineteenth-century bakers must have agreed that their cakes were lacking, for they began to clothe them in icings made from egg white, sugar, and flavoring. These simple glazes were poured over cakes that were nearly done baking, then cooked on to create a hard, glossy, all-over layer. 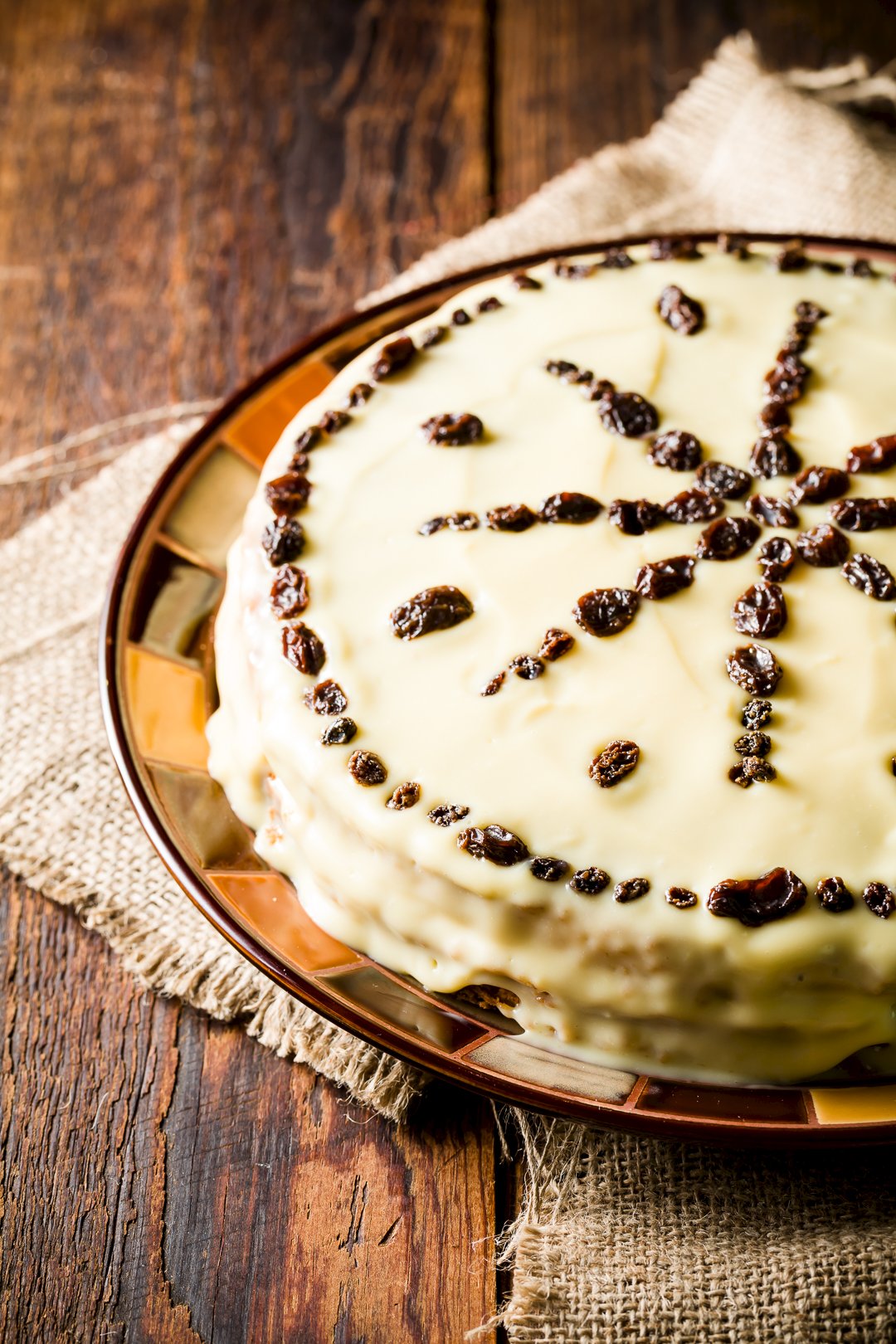 Iced cakes soon paved the way for layered cakes, which allowed bakers to increase the ratio of moist component to dry in each forkful and to introduce more complex flavor combinations into their cakes than ever before. The development of a full range of toppings, from curds and jams to whipped toppings and buttercreams, would (and does) continue, but with the introduction of layers, the form of the modern cake – finally and definitively distinct from bread – was born.

The earliest recipe that I have found for distinctly modern cake – cake that has been chemically leavened, iced, and layered – is that for “Layer Cake, American” in the 1894 Cassell’s New Universal Cookery Book. (If you’d like to check it out for yourself and don’t care about having a physical book, a digitized version of the 1901 edition is freely available through Internet Archive, where layer cake makes its big debut on page 1031.) (View on Amazon) [paid link]

This recipe is fairly straightforward: it contains only ingredients still common today, and provides bakers with exact measurements and instructions (with the exception of the charmingly vague “teacupful of milk”).

The only aspect of this cake that might seem foreign to 21st-century bakers is its icing, for which we are given three choices: a fruit-pulp-based topping, figs drowned in syrup, or a simple custard. In adapting the recipe for use in a modern kitchen, I chose the custard (see the full recipe on page 917 of Cassell’s) solely because it was singled out as “a favorite” by the author.

I found this recipe to produce a sweet, moist cake very much akin to a 21st-century recipe. It’s a bit too sweet for my taste, but I appreciate the built-in options for flavor and topping customization. Overall, this cake was a big hit with my whole family – especially my four-year-old nephew, who, at odds with his characteristic generosity, didn’t want to share.