This carrot cake is just as good as any carrot cake you’ve had, but it’s gluten-free, dairy-free, and paleo!

It’s made with almond flour, sweetened with maple syrup and dates, and frosted with whipped coconut cream – all of that makes it a healthy alternative to regular carrot cake. 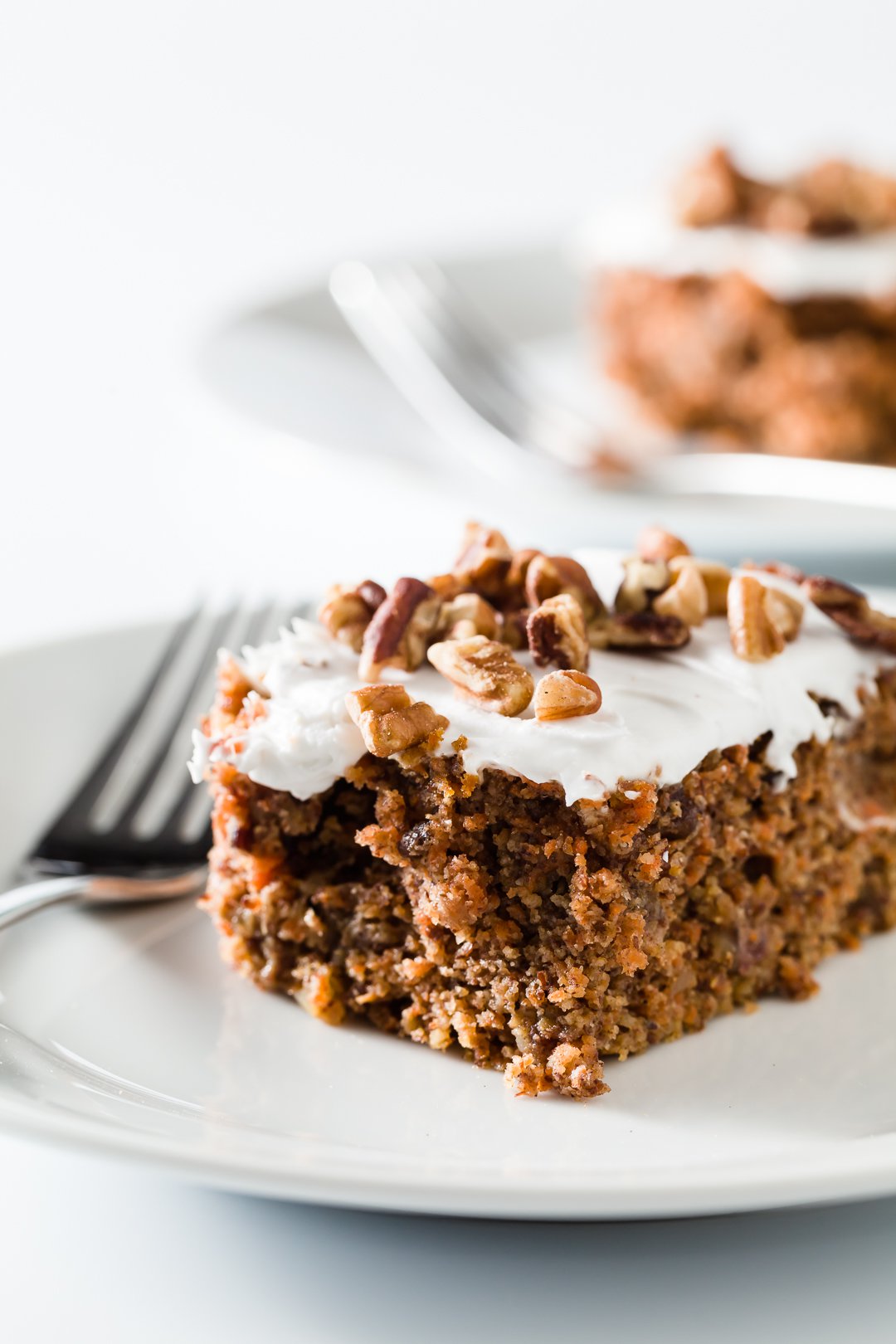 This carrot cake doesn’t taste like “diet” cake. All of my tasters have loved it – even those who don’t like traditional carrot cakes (like my carrot cake with pineapple). The combination of moist carrots, sweet and chewy dates, and the crunch of pecans makes for a cake that’s more of a sensory experience that your typical light and fluffy cake.

It tastes like a spice cake that gets a bunch of sweetness from carrots instead of sugar. In fact, carrot cake evolved from medieval carrot pudding. During medieval times, sugar was expensive and hard to get; carrots were a cheaper alternative to using sugar.

Expect a nutty flavor from the almond flour and pecans yet with the spice profile of a traditional carrot cake.

While you can make this recipe without a food processor if you have great knife skills, I strongly recommend using a food processor. You’ll need it to food process the carrots and the dates, and combine all of the ingredients together.

This recipe works best if you food process the carrots on their own. That way, you can get them the right size and then measure them out.

You want the carrot pieces to be about the size of cooked quinoa. 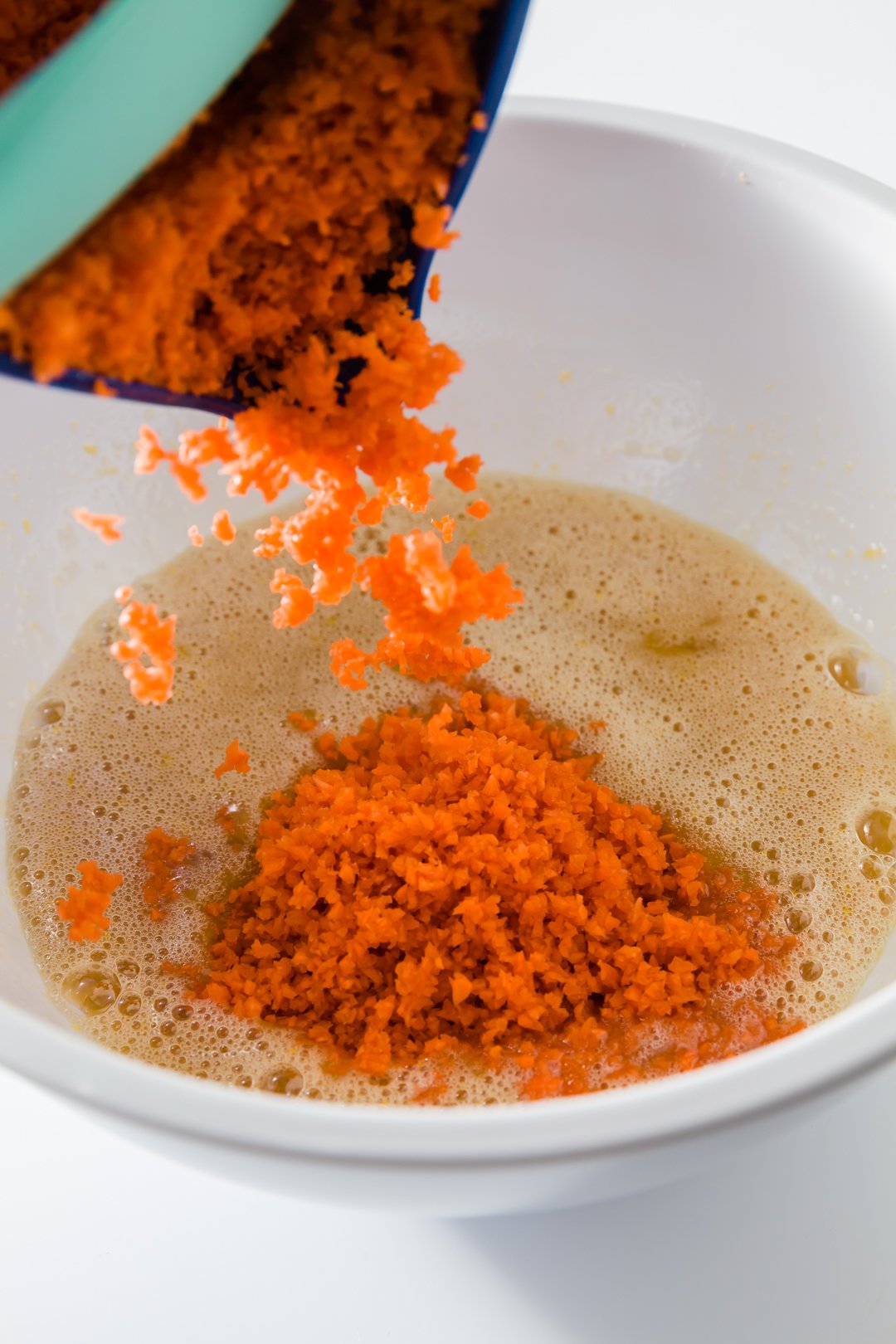 The same goes for the dates. You’ll need to food process them on their own so that they can be measured. I always buy pitted dates for baking, but if yours aren’t pitted, be sure to pit them before processing them.

The goal is for the dates to become a big sticky mass. 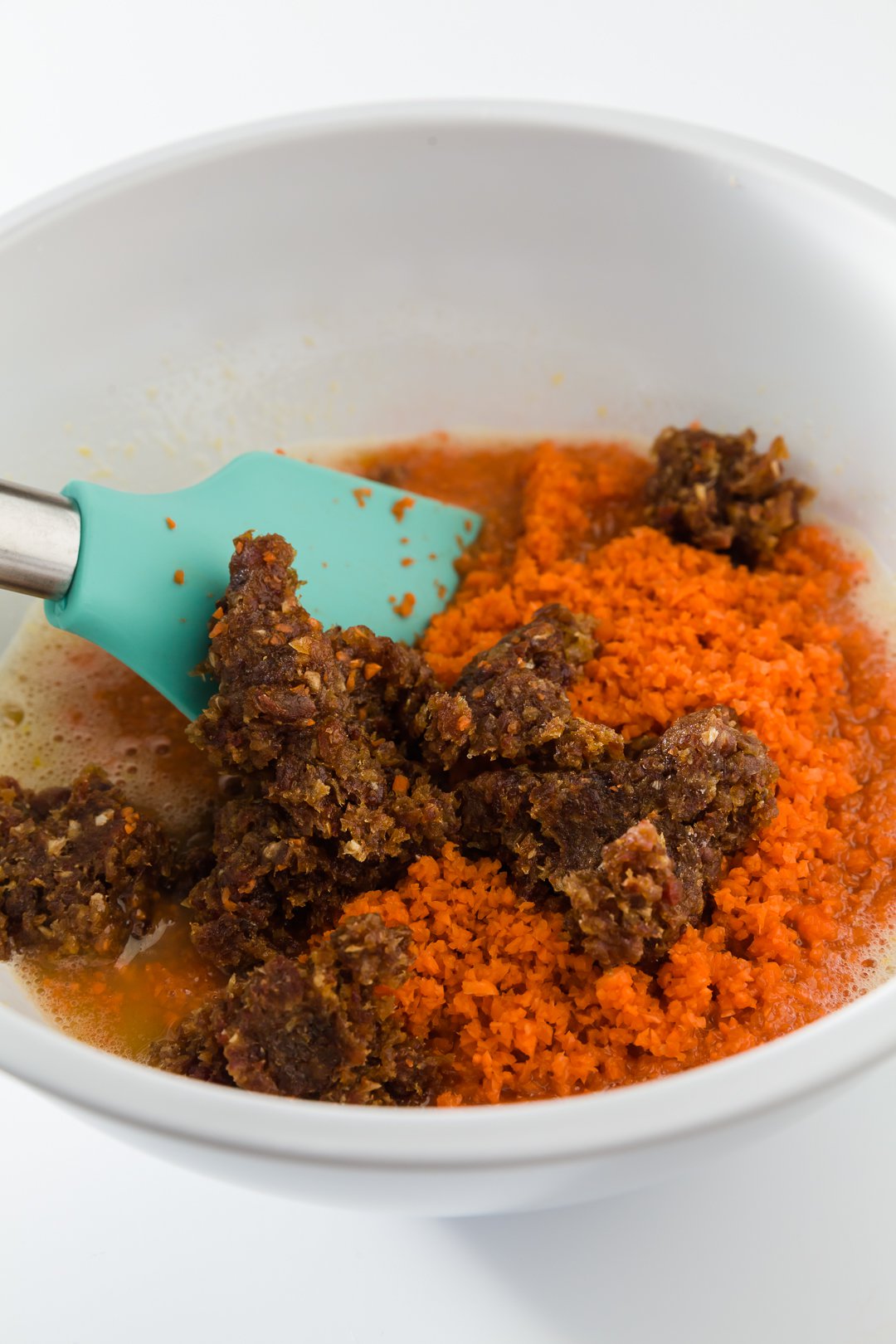 Because the dates are so thick and sticky, they don’t integrate well with the other ingredients. This is, again, where the food processor can come in handy. You’ll need to food process everything (except the dry ingredients) until the mixture is smooth. 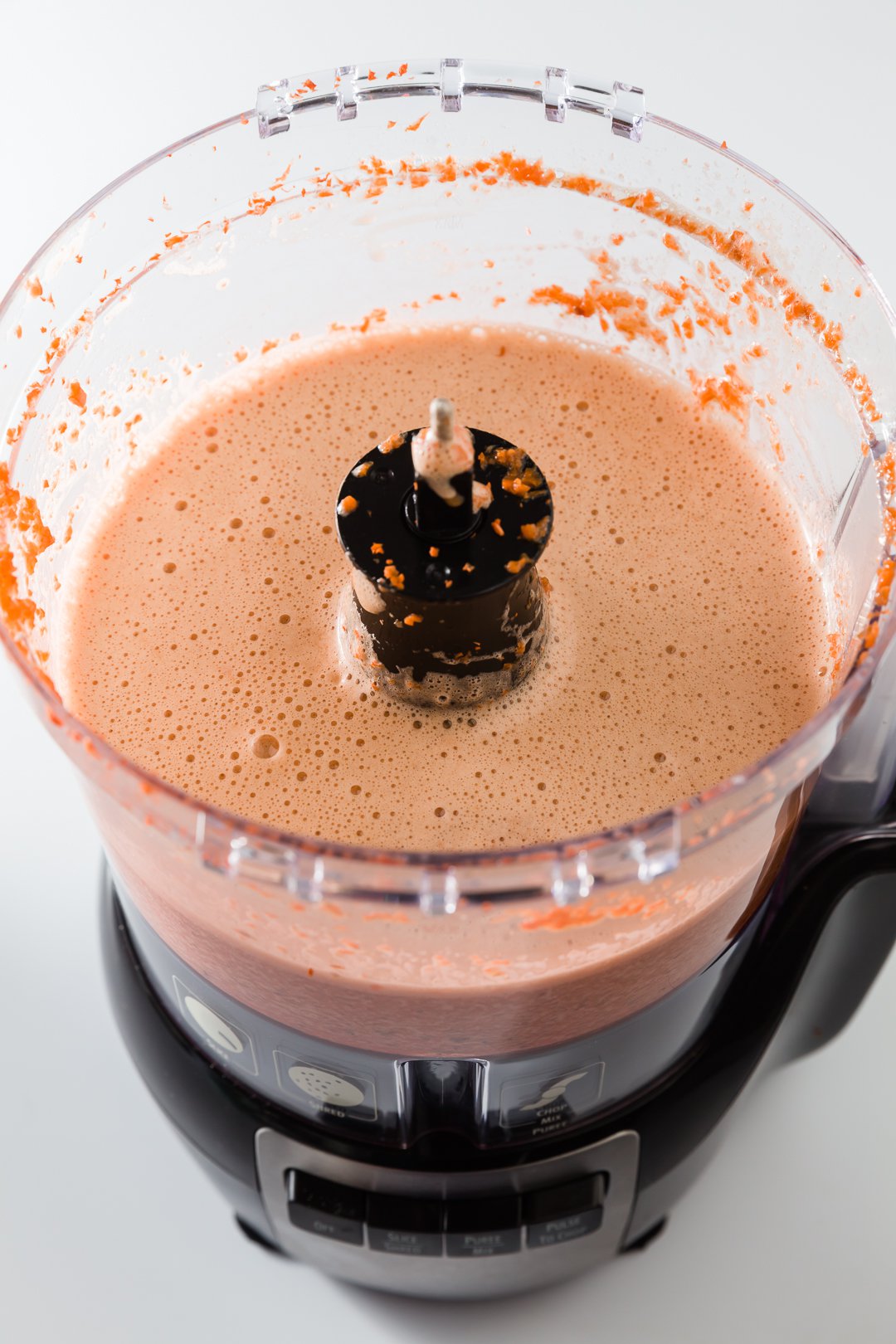 I usually buy chopped pecans. If you buy whole ones, my final tip is to use the food processor yet again to chop up the pecans. 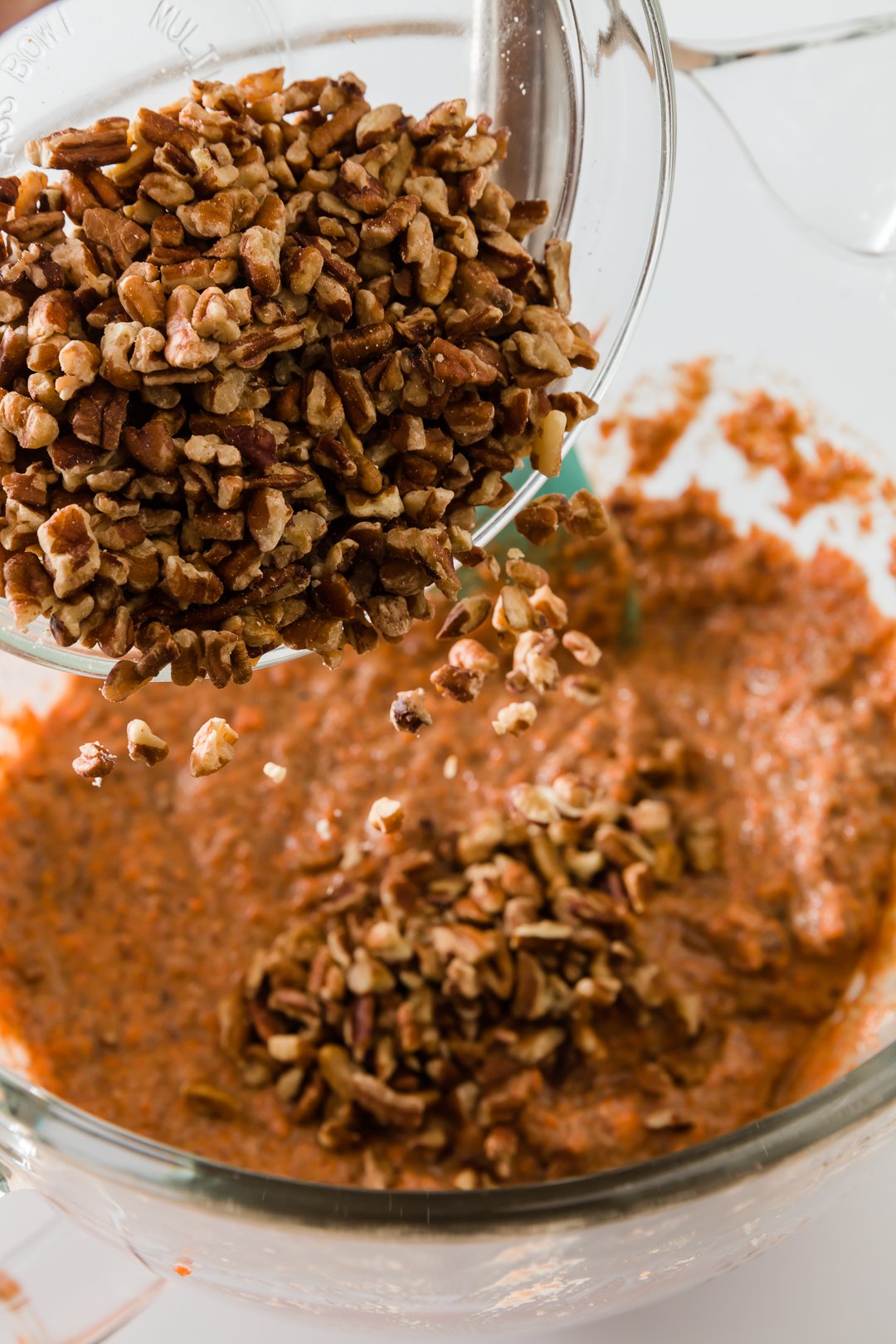 You don’t need to worry about cleaning the food processor out between each step. It won’t matter at all! 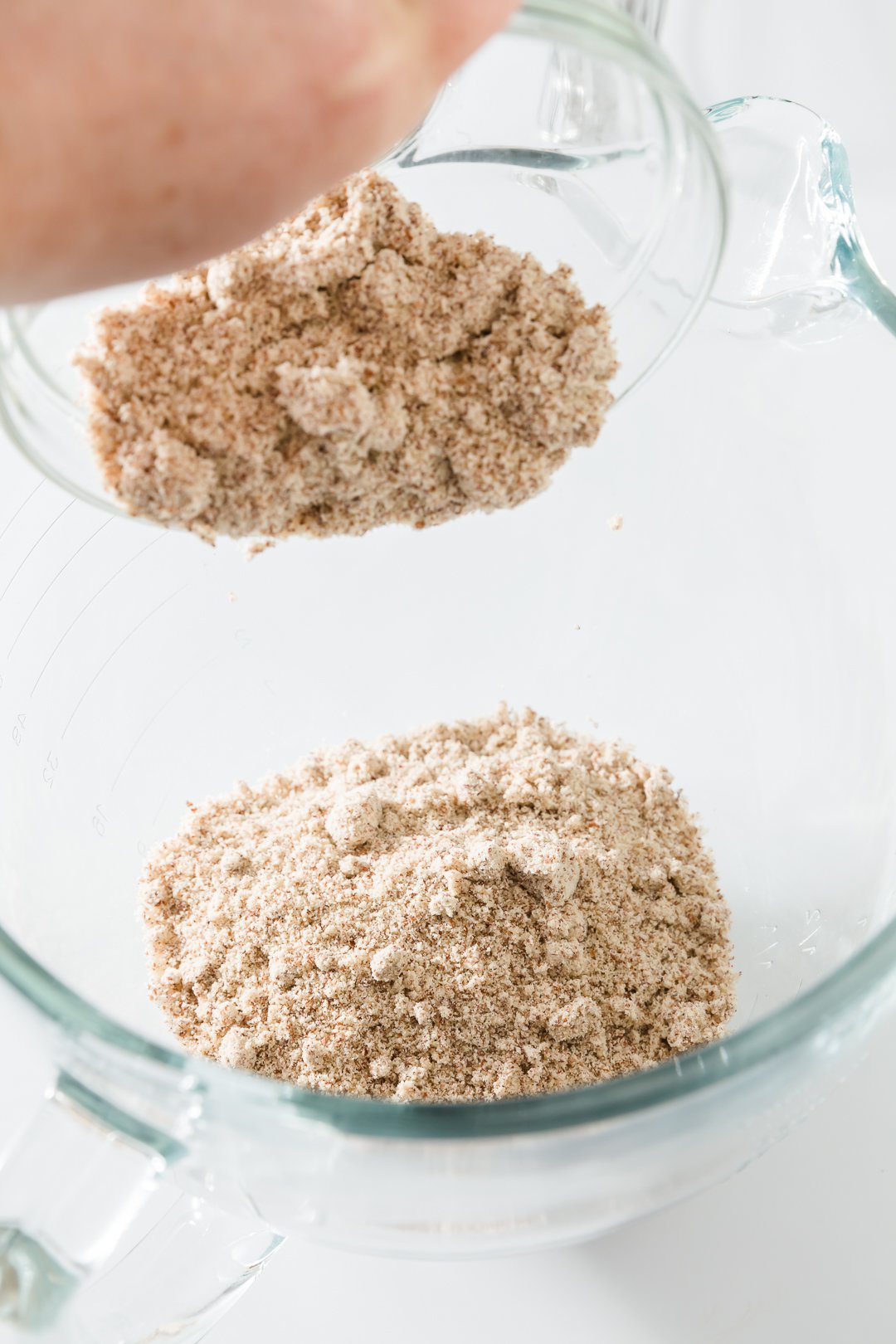 While I used almond flour in this recipe, you can use less finely ground almond meal and it will work just fine.

How to Make Whipped Coconut Cream 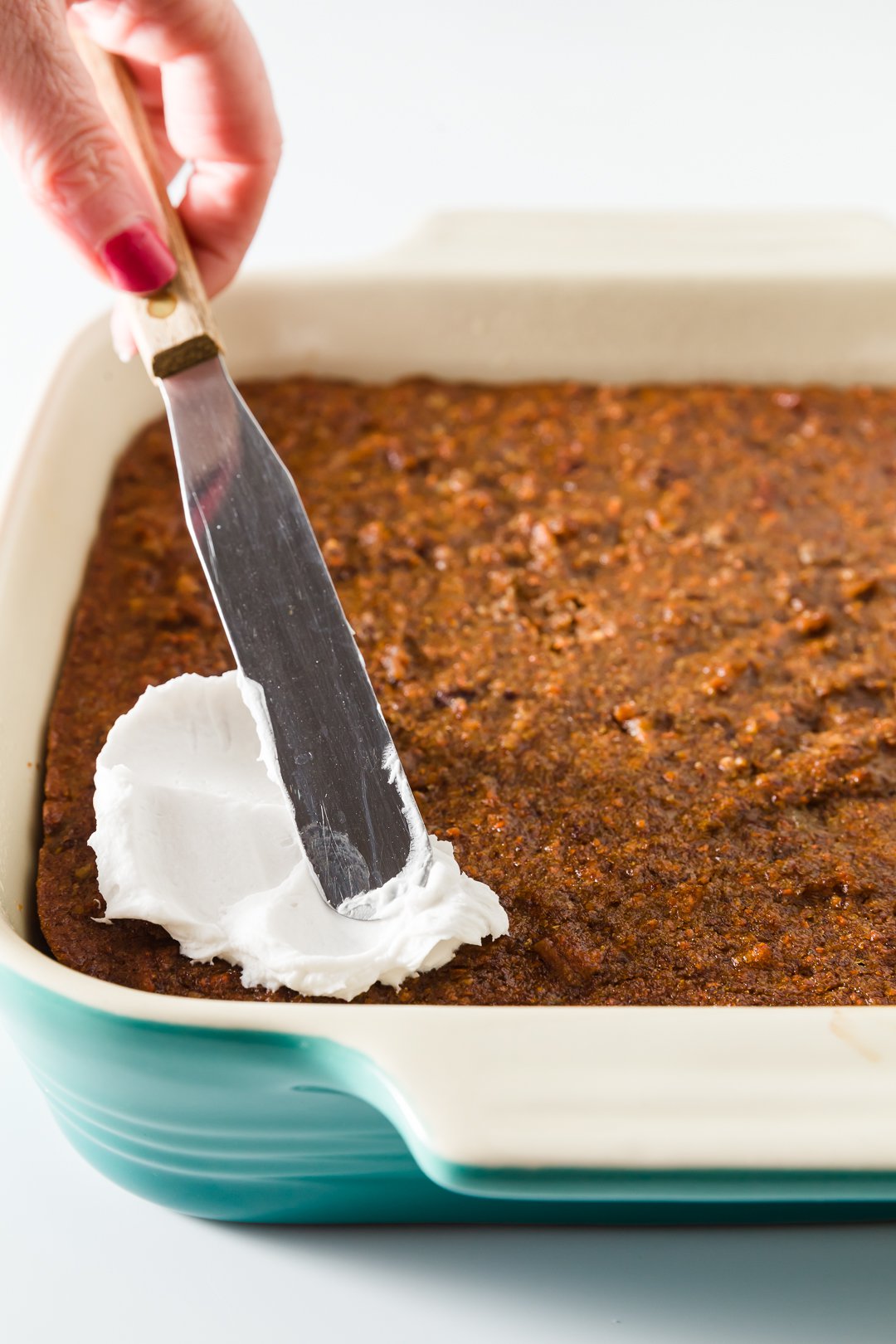 If you aren’t dairy-free and want to splurge a little, go ahead and frost this cake with cream cheese frosting.

Whipped coconut cream is a wonderful alternative, though. It has a light coconut flavor and couldn’t be any easier to make.

Start with a can of full-fat coconut milk. This is not coconut water; it’s the coconut milk that comes in cans – usually in the Asian aisle of grocery stores.

Do not shake the can. You want to make sure that the cream is sitting on top when you open it.

Open the can and carefully scrape the cream into a bowl. Save the liquid for smoothies or cookies. 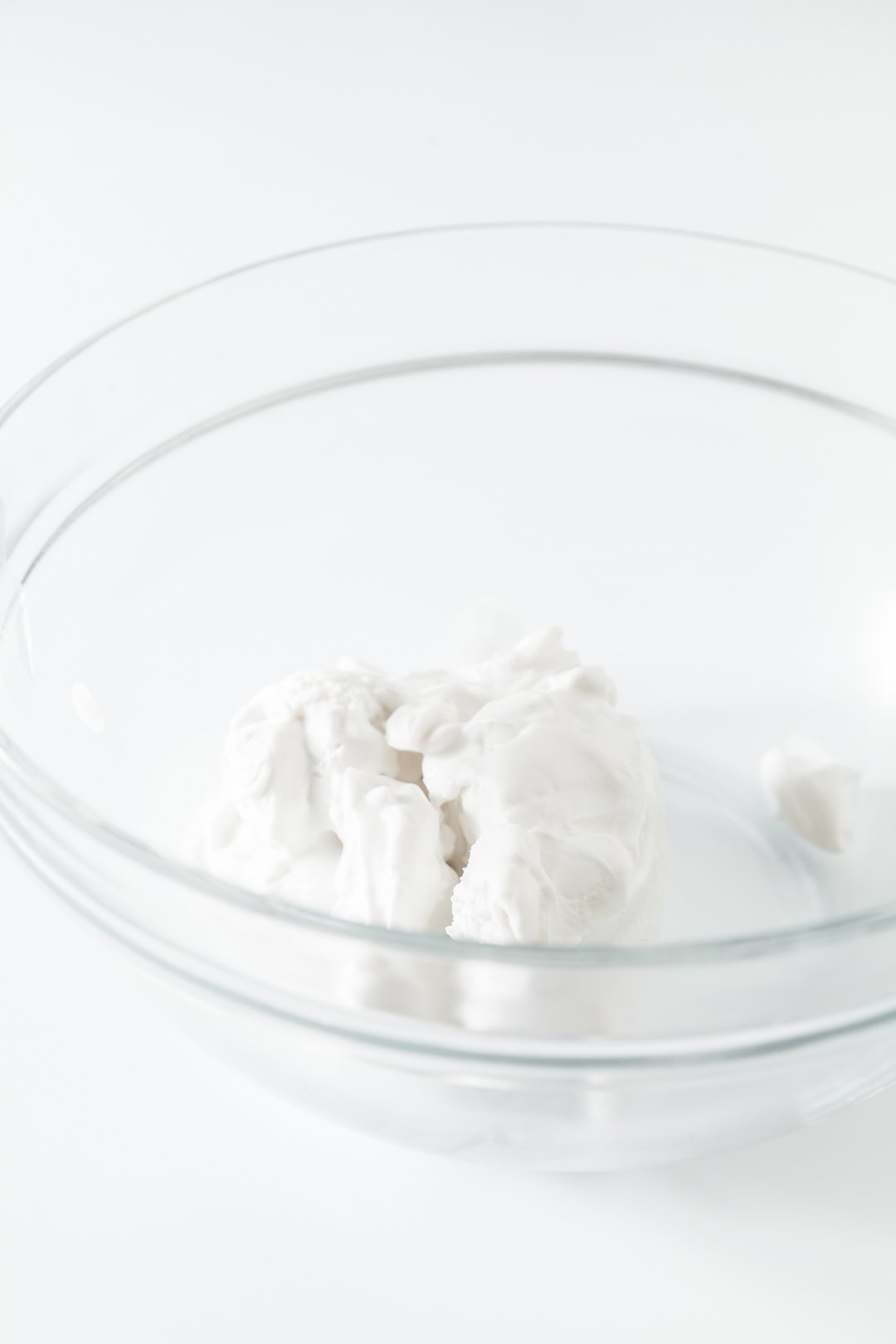 Use a whisk or a hand mixer to whip the coconut cream until it’s light and fluffy. 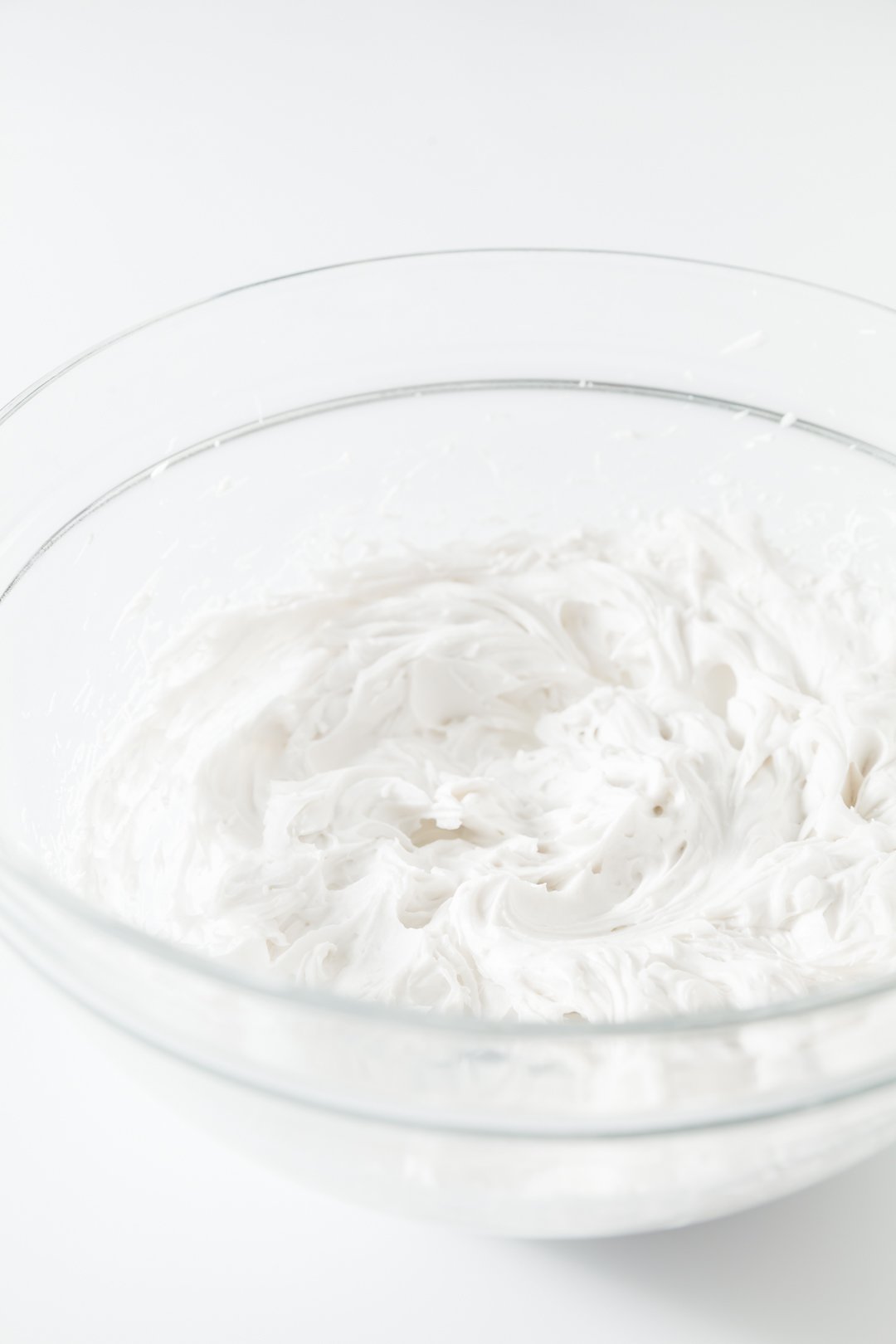 Spread the coconut cream on the cake! See? I told you it was easy! And, coconut cream tastes wonderful with no need for any sugar!

It’s easy to turn this recipe into carrot cupcakes. I originally created it back in 2012 as a paleo cupcakes. You can see that photo below. I used a coconut oil frosting on the cupcakes, but I now prefer the coconut cream I described above. 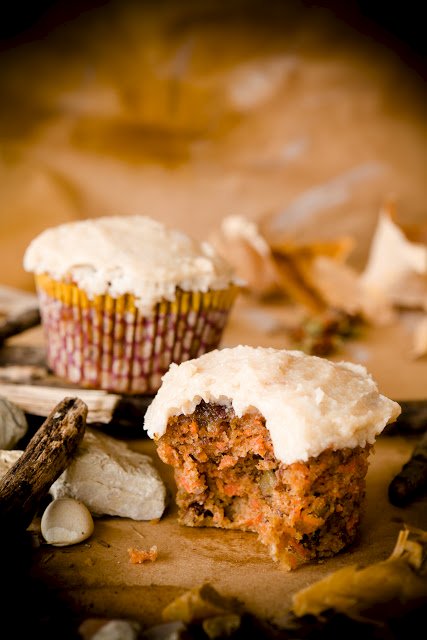 Almond flour and almond meal are the same thing only almond flour is more finely ground. You can use either in this recipe. If you aren't dairy-free and want to splurge a little, you can frost this cake with cream cheese frosting. If you make this recipe as cupcakes, adjust baking time to 20 minutes.