Can You Use Yogurt Instead of Sour Cream?

In a pinch, I’ve always substituted yogurt for sour cream and never really noticed any difference in the end result. I also know that many of you substitute yogurt for sour cream for health reasons. Having never actually tasted the sour cream version and the yogurt version of my baked goods side-by-side, it was hard to know if if there was some subtle flavor or texture element that I lost in the switch. I worked with Cupcake Project contributor Kaitlin Marks to run some true tests on substituting yogurt for sour cream to see what we would learn. 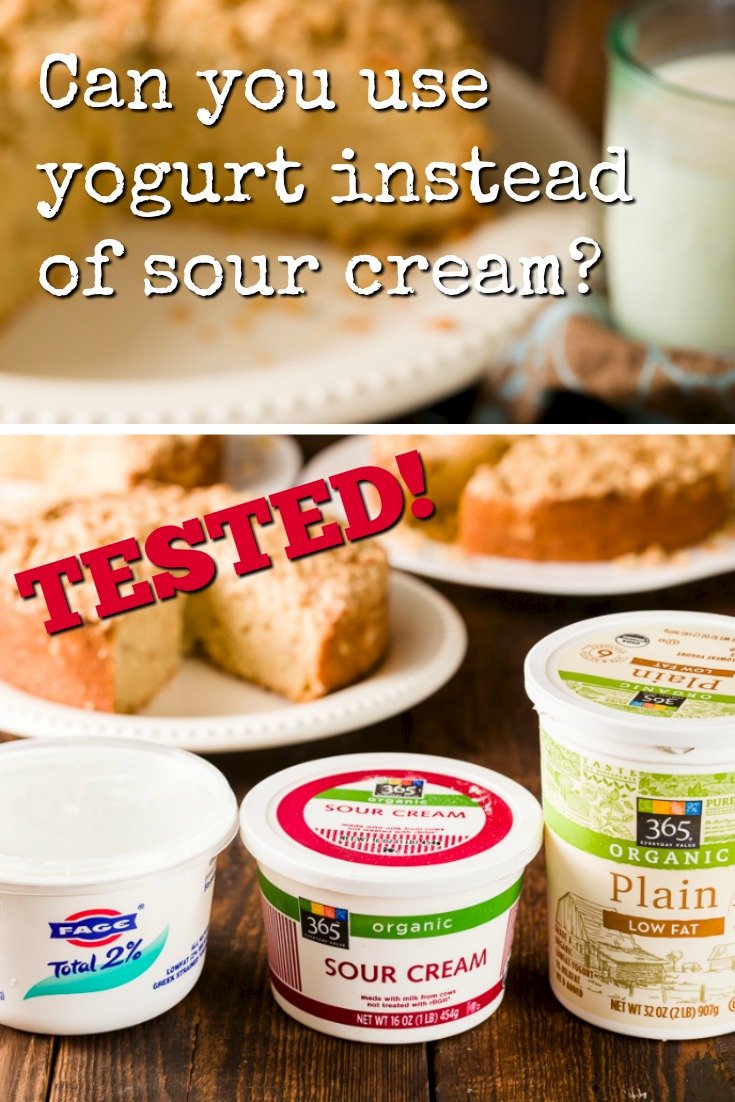 Many of the recipes in the baking community feature sour cream as a “secret ingredient” of sorts. Could plain yogurt or even Greek yogurt work as a substitution? Or, could these even work better than sour cream? These results could be helpful to people trying to cut calories or in cases when only one of the three ingredients is handy.

Yogurt and Greek yogurt would substitute for sour cream in baked goods without a substantial change in texture or flavor.

Kaitlin baked my tried and true vanilla cupcake recipe three times – once with sour cream, once with yogurt, and once with Greek yogurt. I did the same with my sour cream crumb cake. We substituted the ingredients equally and measured by volume. We then completed testing with friends and family and recorded comments and scores on taste, texture, and overall enjoyment. 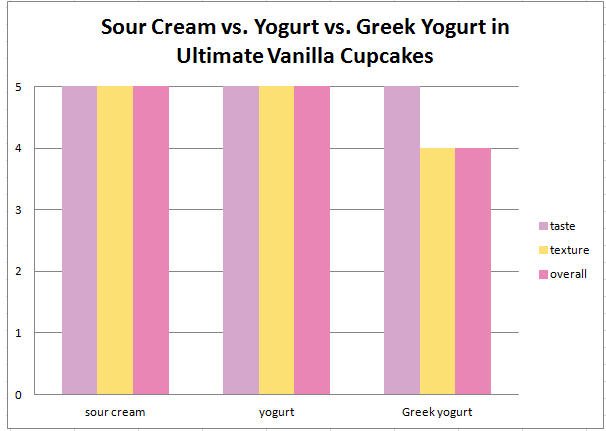 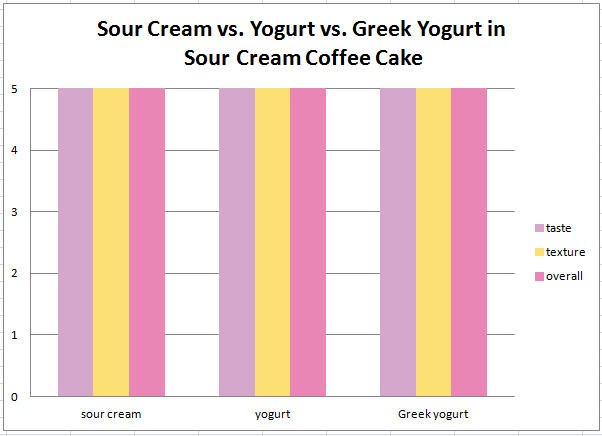 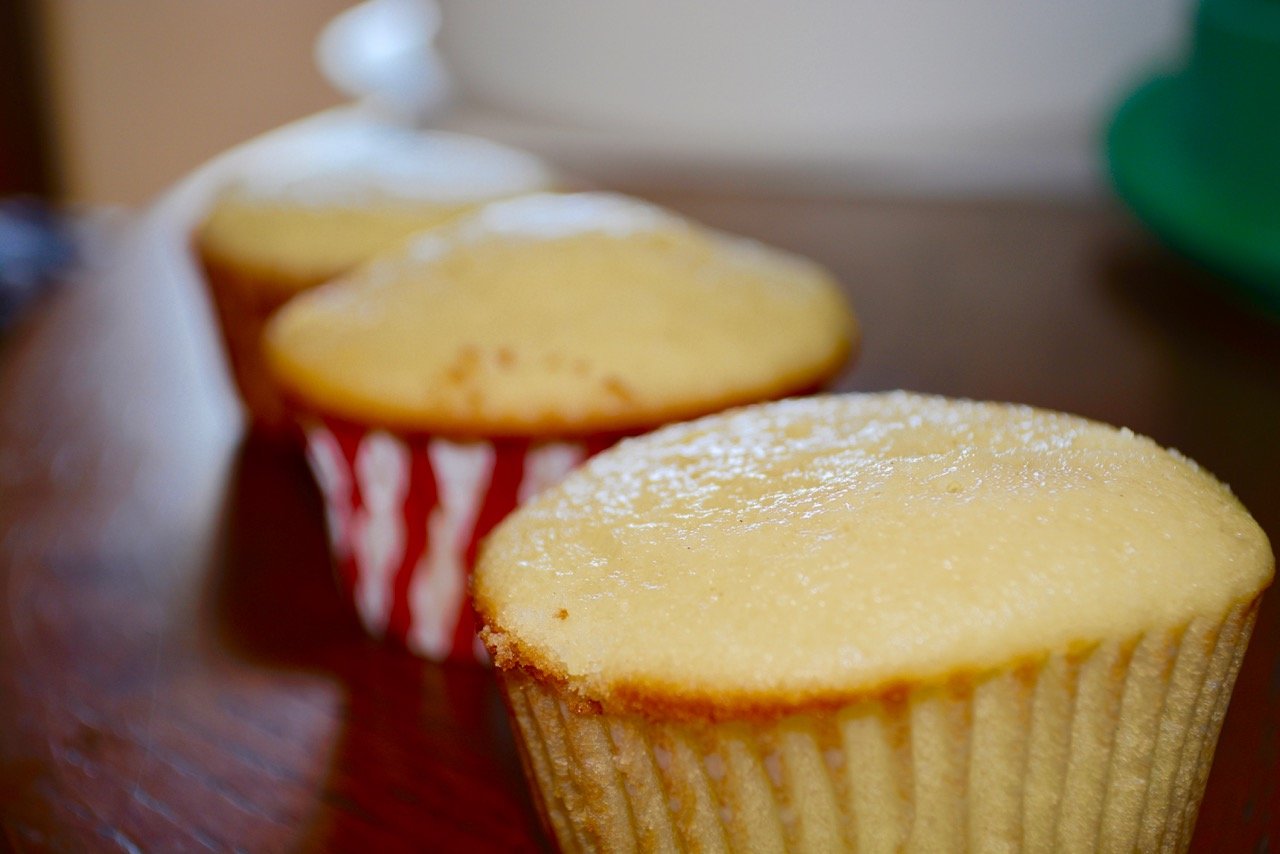 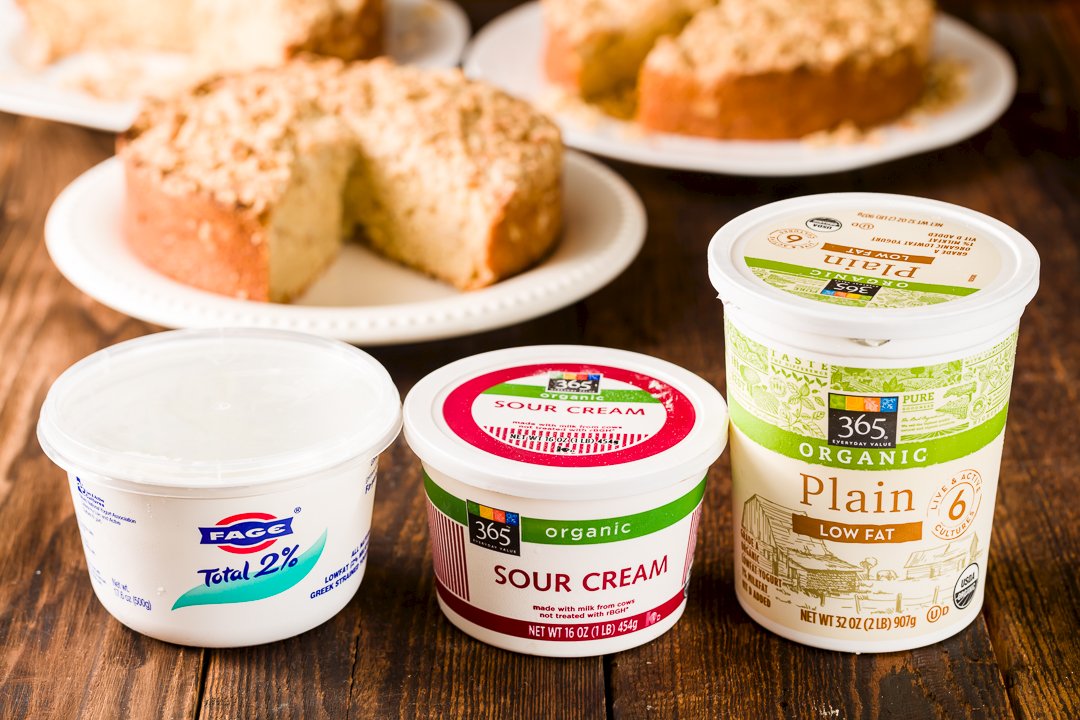 From me: Jonathan and I did blind taste tests of all three coffee cakes, giving each other bites and forcing each other to guess which cake was which. In the end, we couldn’t tell a difference at all. They looked the same, tasted the same, and had the exact same texture. I even had to keep signs on the cakes in order to tell them apart at all. However, like the cupcake data from Kaitlin, I did find that the yogurt coffee cake required a few more minutes of baking time.

Based on the results of this study, Kaitlin and I would definitely recommend using equal amounts of plain or Greek yogurt in place of sour cream in baked goods. The end results will not be at all compromised. We would also suggest adding a few more minutes to the bake time when substituting yogurt.

Test 1: Using Mayo as an Egg Substitute
Test 2: Using Applesauce as a Butter or Oil Substitute 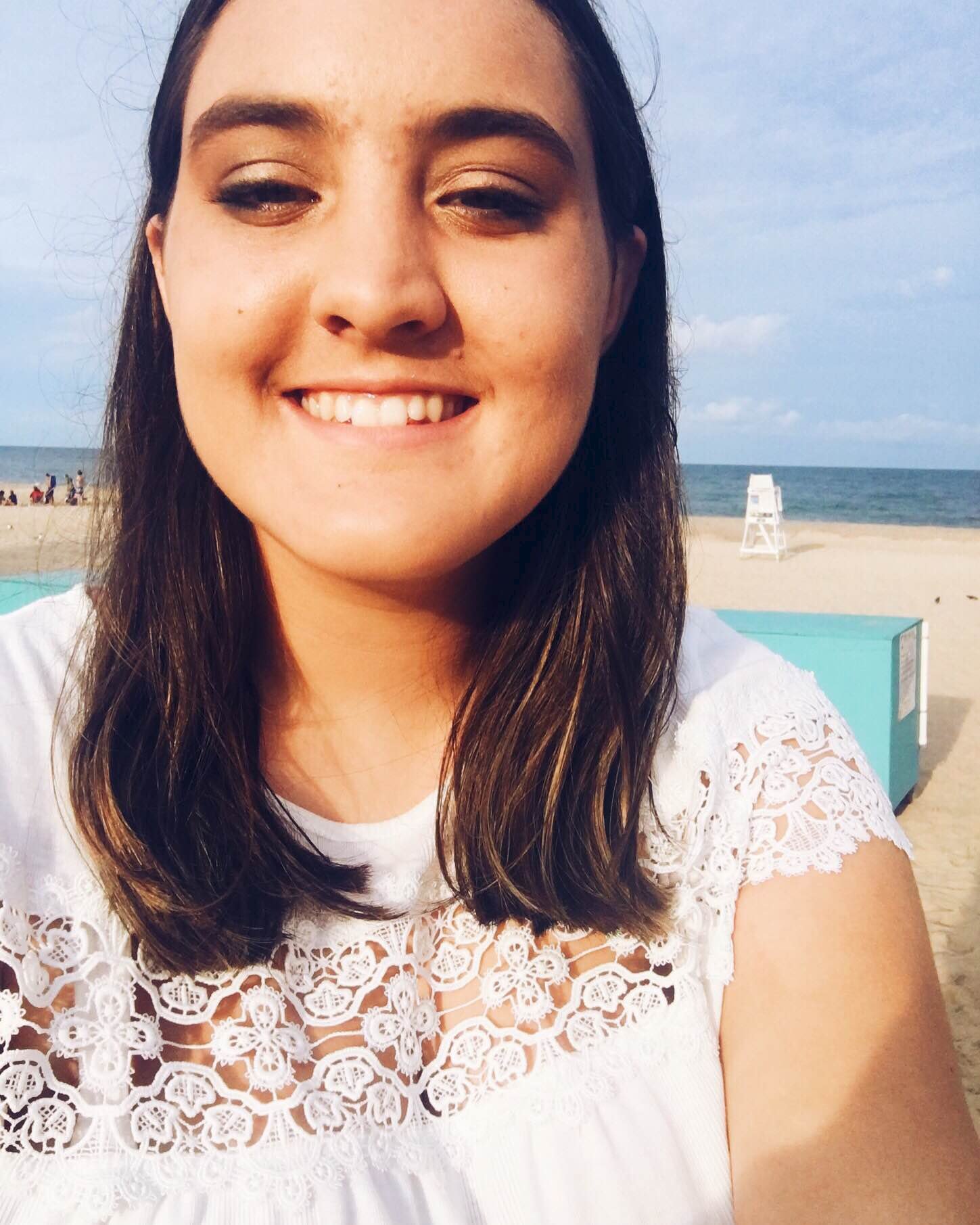 Kaitlin Marks is a 17 year old with a passion for kids, writing, color and baking. She wants to be a teacher when she gets older, to have lots of dogs, and to live a life filled with chocolate and sprinkles. At any free moment, you're likely to find her curled up with a good book or film and a cup of tea, writing an article or story, or whipping up some treats in the kitchen. She enjoys spending time with family, and her happy place is the beach. Entering her senior year of high school, Kaitlin is excited to be contributing to Cupcake Project. She can also be found contributing articles to the website Career Girl Daily, obsessing over Instagram, hanging on Tumblr, or trying to develop her own blog (coming soon!) Her favorite dessert is any cake with phenomenal frosting, but she'll eat ice cream anytime. She's a dreamer, a writer, a baker, a reader, a volunteer and a believer in how wonderful things can be.