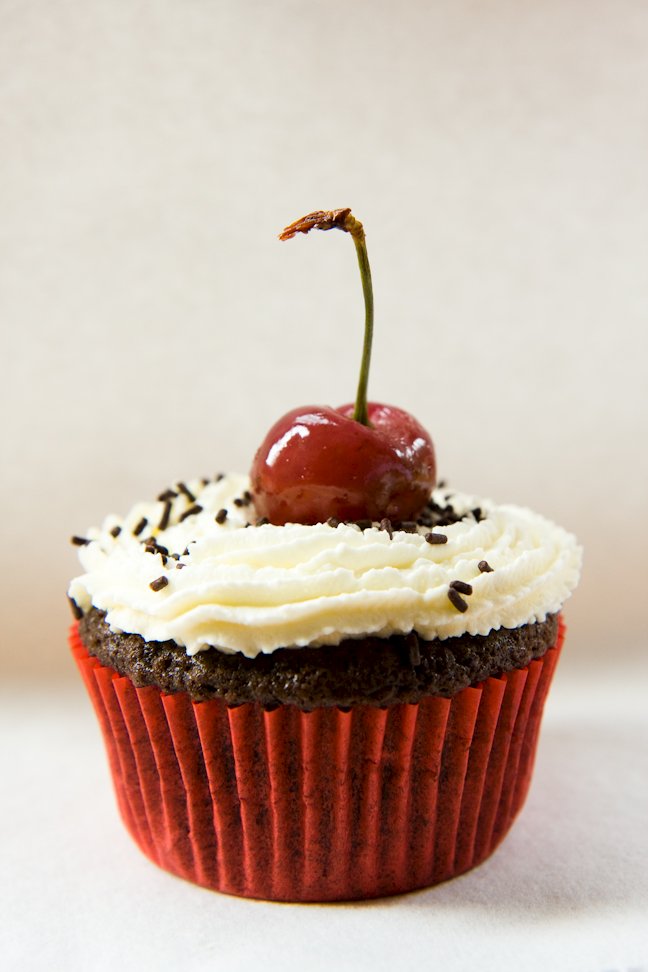 These black forest cupcakes were light, fluffy, and incredibly moist. Because of the cherry filling and liqueur, they were almost too moist to eat without a fork. This didn’t seem to bother anyone! 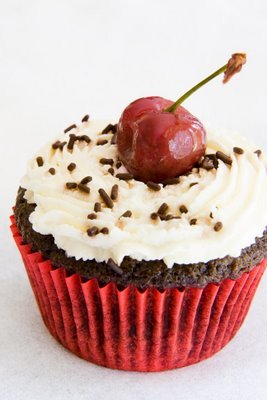 UPDATE 11/19/13:  I now use my Ultimate Chocolate Cupcake Recipe as my go-to chocolate cake.  I’d suggest using that recipe and then following the cherry filling, soaking, and whipped cream instructions below.

Cherry Filling Recipe and How to Fill The Cupcake 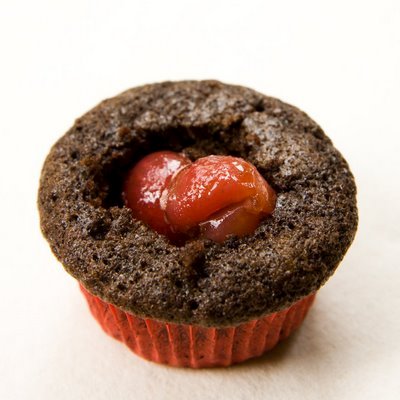 Many black forest cake recipes call for using a store-bought cherry pie filling. If you can get your hands on some fresh cherries, there is no excuse to not make the filling yourself. Making your own filling is easy. It’s just three ingredients. The recipe below makes more filling that you will need. You can reduce the recipe or use the leftovers to top ice cream or to mix in with yogurt.

To fill the cupcakes, use a paring knife to cut a hole out of the top of each cupcake and place two cherries and a few teaspoons of the juice into each hole. Then, replace the tops. 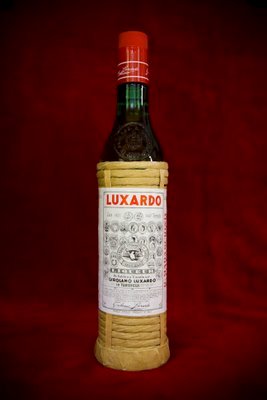 Your cupcake will be pretty moist after filling it with the cherries and juice. However, for even more oomph, you can pour some liqueur (maraschino liqueur or Kirschwasser) over the cupcakes. Poke some holes in the cupcake to help it go down if you need to, but the cupcakes are airy enough that you probably won’t have to.

The frosting on black forest cupcakes is not very sweet. It’s basically a simple whipped cream with a touch of flavor.

The Cherry on Top

I highly recommend topping these black forest cupcakes with homemade maraschino cherries! I also used chocolate sprinkles, but you could use chocolate shavings. 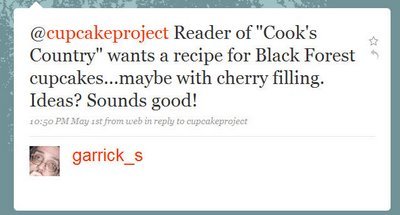 Special thanks to my twitter pal garrick_s for giving me the idea to make black forest cupcakes.