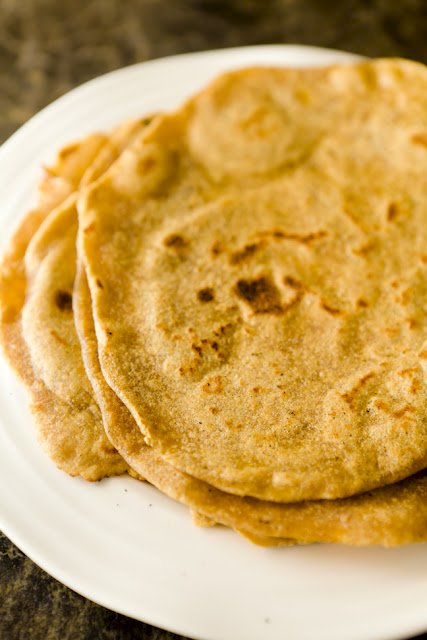 Mesquite flour is made from the dried and ground pods of the mesquite plant (not the bark) and tastes a bit like walnuts and caramelized sugar. Mesquite is a unique, vibrant flavor worth adding to your arsenal for bread making, pancake making, tortilla making (like I’ll show in this post) and general baking. 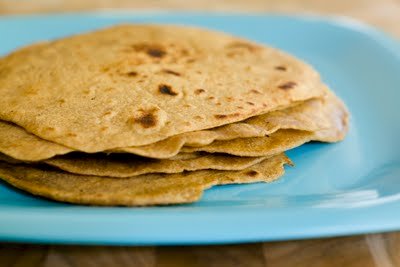 Regardless of whether you make these mesquite flour tortillas or not, I encourage you to try your hand at homemade tortilla making. Your hot-off-the-grill tortillas will be leagues better than the mostly tasteless bagged tortillas at your local supermarket. 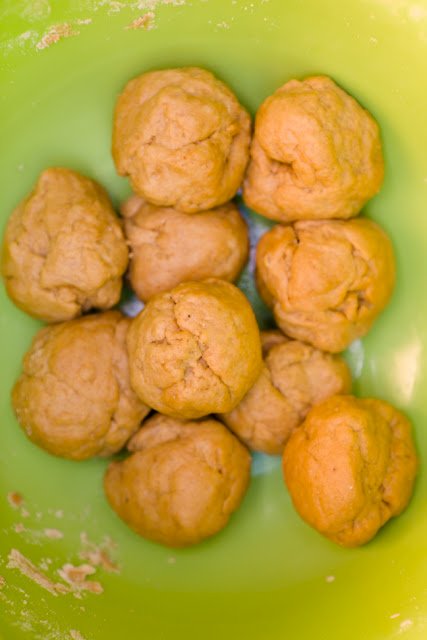 I got the recipe for the mesquite flour tortillas from Tucsonivores. The only major change that I made was to leave out the chiles. Here is the recipe in my own words: 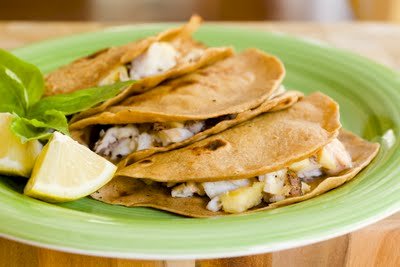 I had to show you the fish tacos Jonathan made with these tortillas. If I get these tacos every time that I make tortillas, I may have to make them more often!