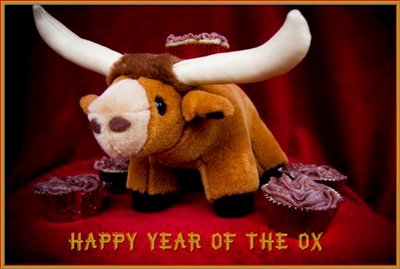 Sure, Chinese New Year Cupcakes are not the traditional dessert to celebrate the Chinese New Year, but the cake that I turned into cupcakes, nian gao, is. It’s a sticky, glutinous cake that is filled with red bean paste. To make it more cupcake-like, I frosted the cupcakes with a red bean buttercream frosting.

You have to be a fan of Chinese cakes to like these Chinese New Year Cupcakes. Jonathan felt that these cupcakes tasted just like the sticky buns filled with red bean paste that you can get at dim sum. Since he loves those, he loved these cupcakes. If you are expecting anything with any kind of a crumb, this is not the cake for you.

Because the Chinese New Year cupcakes are so sticky, I would make one change if I were to make them again. Although I don’t typically bake in silicone cupcake wrappers, I think I would opt for silicone for these cupcakes – way too much of the cupcake stuck to the wrapper. If you don’t have silicone wrappers, you might also try spraying the inside of paper wrappers with a non-stick spray before pouring the batter in.

I got the recipe for the Nian Gao from the now-defunct Asian Eats blog. The traditional recipe is steamed, but the recipe on Asian Eats has been modified to a baked version. Below is that recipe modified to cupcake form. After the recipe text, I have some step-by-step photos. 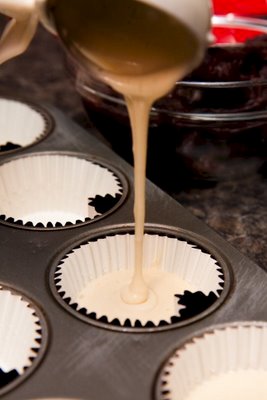 Here I am filling the cupcake liners.
Note that the batter is much runnier than typical American cake batter. 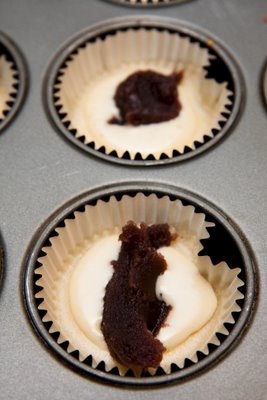 Here, I have globbed on the red bean paste.
You can see that I made no effort to make it look like anything other than a paste turd. 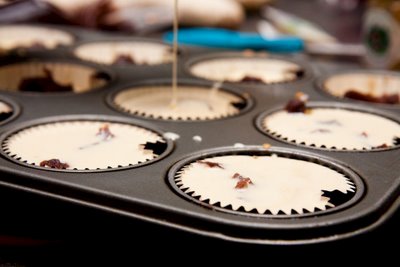 When I said to fill the batter to the very top, I meant it. 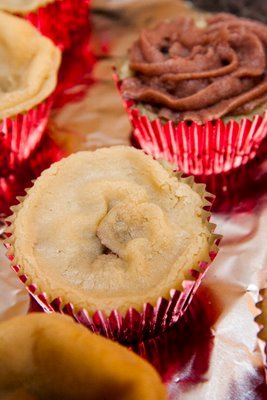 The red bean buttercream frosting is a Cupcake Project original recipe. I wanted something that used the flavor of the red beans, but also had a buttercream feel to it. This did the trick!

Astute readers, such as my Seattle friend who was there when the stuffed animal was purchased, may recognize that the “ox” in the photo at the top of the post is actually a Texas longhorn bull.

As it turns out, oxen are simply castrated bulls so I figured that the stuffed animal would do the trick. I think that my stuffed Longhorn is, in fact, an ox because I could find no male body parts whatsoever on it.

But, for the purists out there, I leave you with some real oxen to bring in the new year. 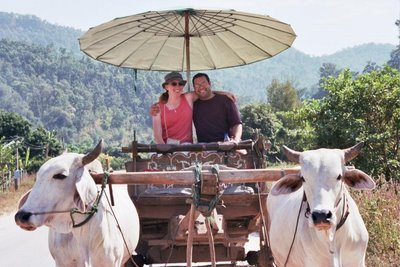