Why You Should Throw Out Every Baking Rule 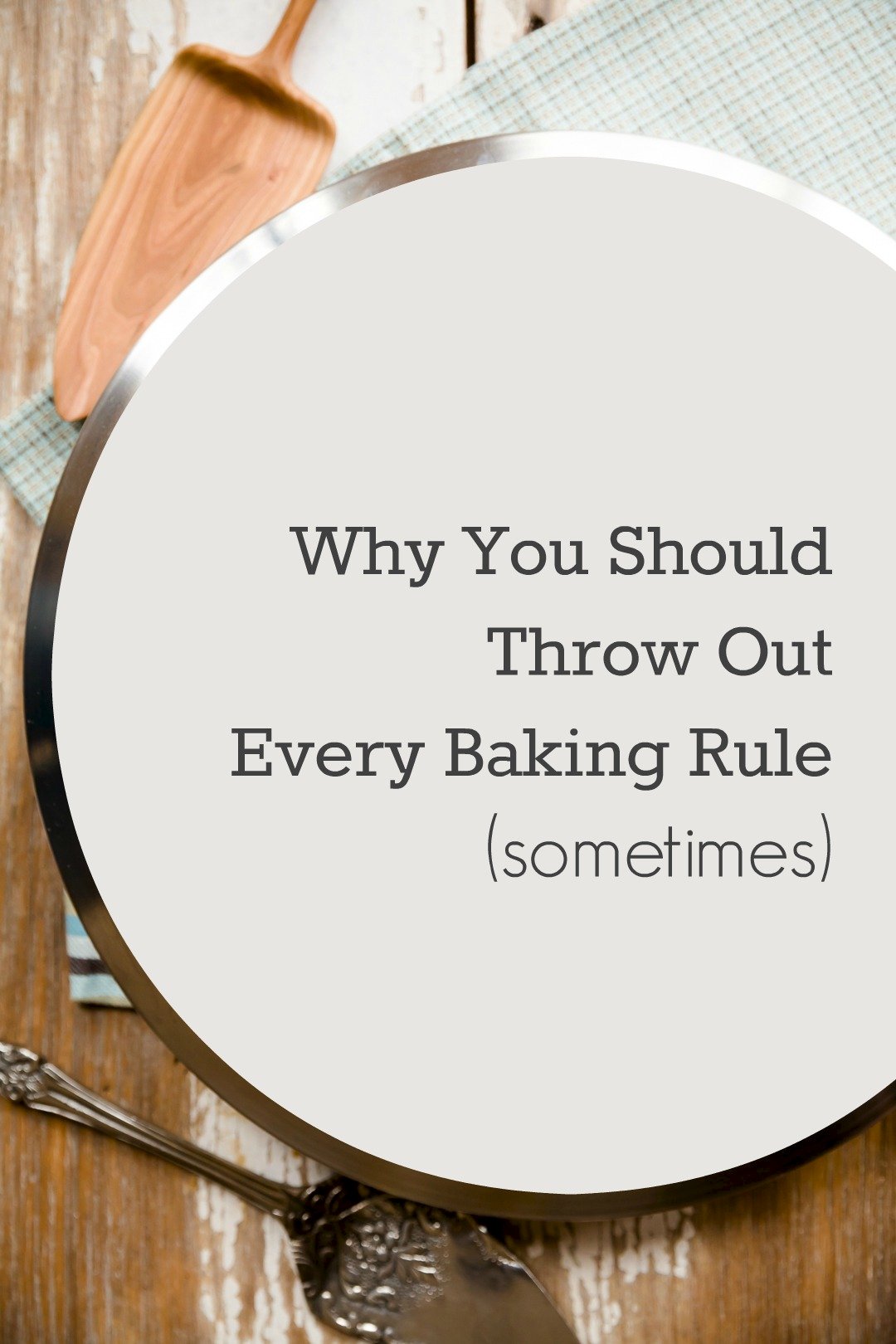 As bakers, we hold exact measuring, ingredient ratios, and established flavor profiles as gospel.  We pride ourselves on being kitchen rule followers.  We never go loose and wild with ingredients like cooks do – adding a bit of this and a bit of that to their saucepans and tasting along the way.  Some people fear the precision of baking so much that they never stray from a cake mix.  “I can’t bake,” they sadly proclaim.

Our lives are filled with far too much stress to let baking sweet treats cause us angst.  Would your family really care if you made them a cake that was too dense or too light (by traditional standards) or had a few unexpected flavors thrown into the mix?  What would happen if you threw out every single baking rule you knew?  To test this out, I let my 6 year old son, Myles, write a pie recipe. 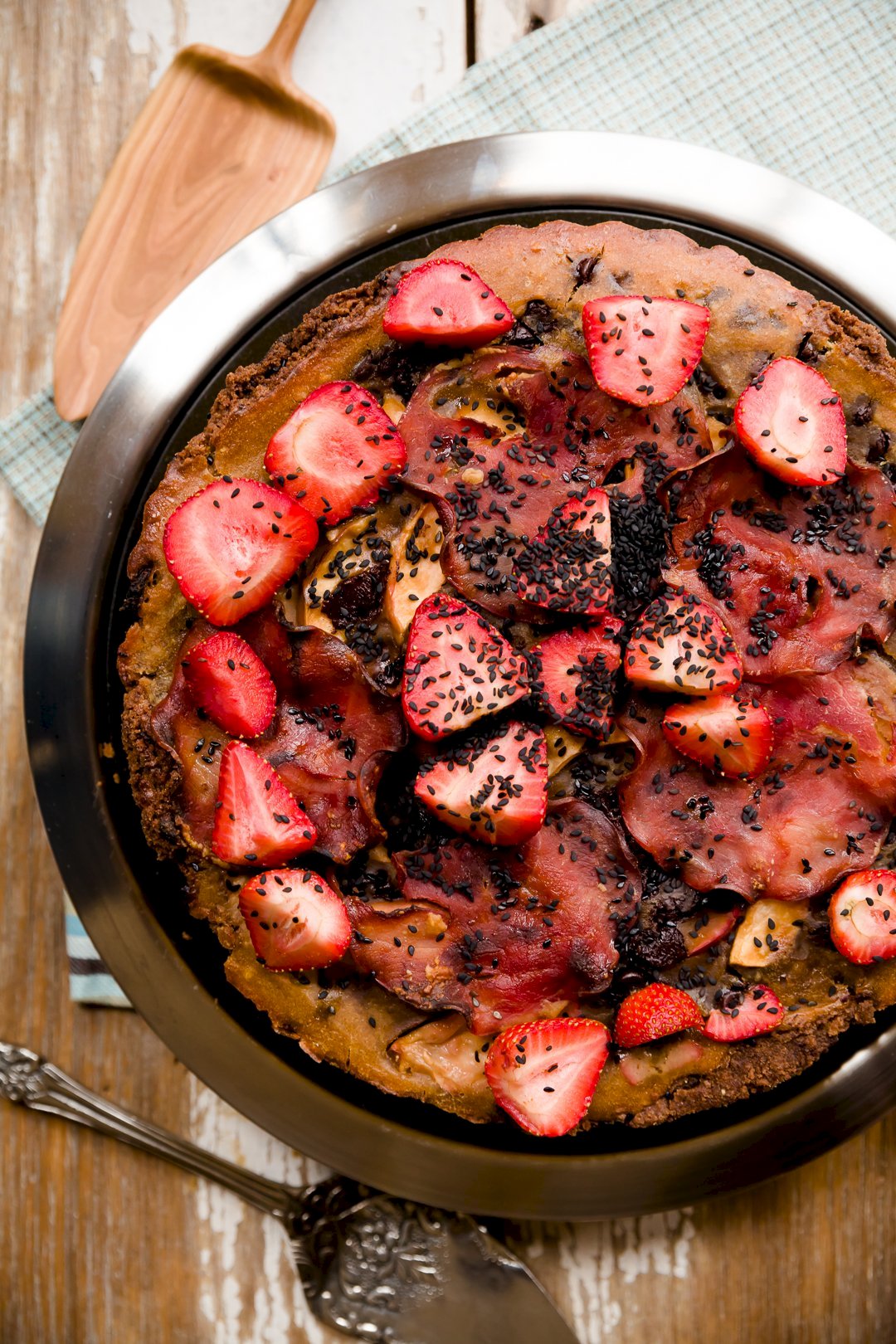 I should also mention that I let Myles style the photo. He chose to display the pie on a cheese plate and wanted two pie servers in the photo.

Myles wanted to make a chocolate pie.  I only interfered twice in the whole process.  I told him that a cup of baking powder was too much and I encouraged him to add a little flour to the pie filling so that it wasn’t just soup.  Other than that, he was on his own. 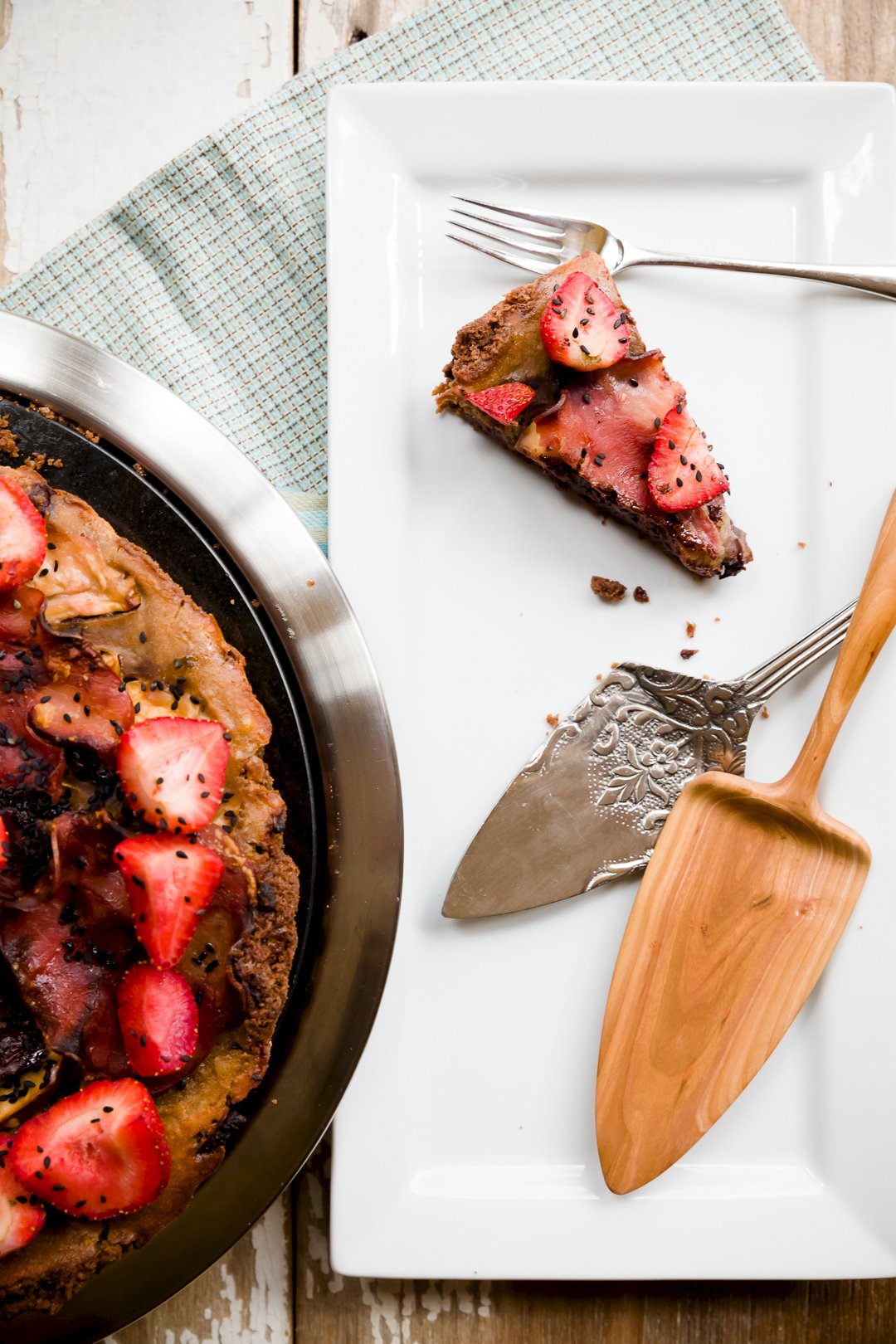 His pie had some unique ingredients (chicken broth, ham, and black sesame seeds come to mind).  I just let him run with it!  Here’s what happened when people tried the pie:

You might think that everyone was just being nice because a kid made it.  But, I can tell you that I have been sneaking bites of this pie all week long.  It’s a little chewy, but really not bad at all.  Sometimes you want something sweet, and most of us are just not as picky as food competition judges would have us think.  The second little boy in the video who said that the pie tasted “good” sat at the table for a full 10 minutes finishing every last crumb of his pie slice.  In fact, no one tossed their whole slice in the trash.

Here’s Why You Should Throw Out Every Baking Rule (sometimes)

Shouldn’t we teach kids the “right” way to do things?  Shouldn’t we, as adults, strive to make the most conventionally delicious baked goods that we can by learning and following baking rules?  Yes, most of the time.  However, sometimes we need to break free, to combine our favorite flavors and see what happens, if for no other reason than experimentation is FUN.

Why don’t we do more things in life simply because they are FUN?

Your original dessert recipe might taste terrible. Do you know what you should do if it does?  Laugh!  Laughing is much healthier than dessert, so I don’t see that as a loss at all. :)

Your dessert might taste amazing and then you can smile hugely and be proud of your unique creation.

The most likely outcome is that your dessert will be like Myles’s: not great, but still satisfying.  You’ll have a story to tell and, with a few tweaks, you could have the beginning of something spectacular! 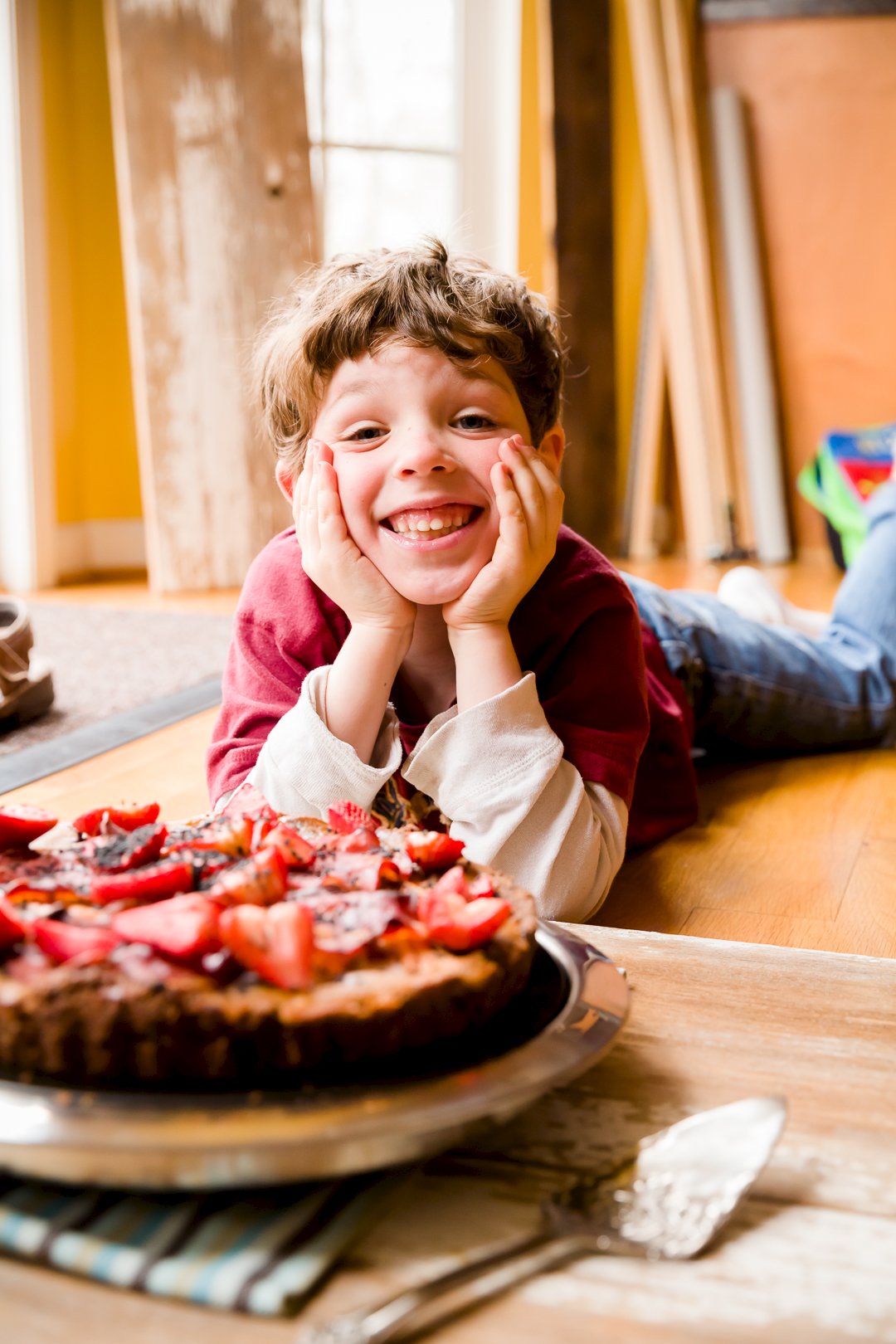 I don’t suggest that you bake this as written, but I hope you use it as inspiration to get creative in the kitchen!

Myles wanted to make a chocolate pie.  I only interfered twice in the whole process.  I told him that a cup of baking powder was too much and I encouraged him to add a little flour to the pie filling so that it wasn't just soup.  Other than that, he was on his own.
Course Dessert
Cuisine American
Keyword chocolate pie, easy dessert recipes
Prep Time 5 minutes
Cook Time 1 hour
Total Time 1 hour 5 minutes
Servings 8 servings
Calories 1029kcal
Author Stef

Here’s one last picture because you really need an up close and personal view of how ham looks on a chocolate pie before it goes in the oven: 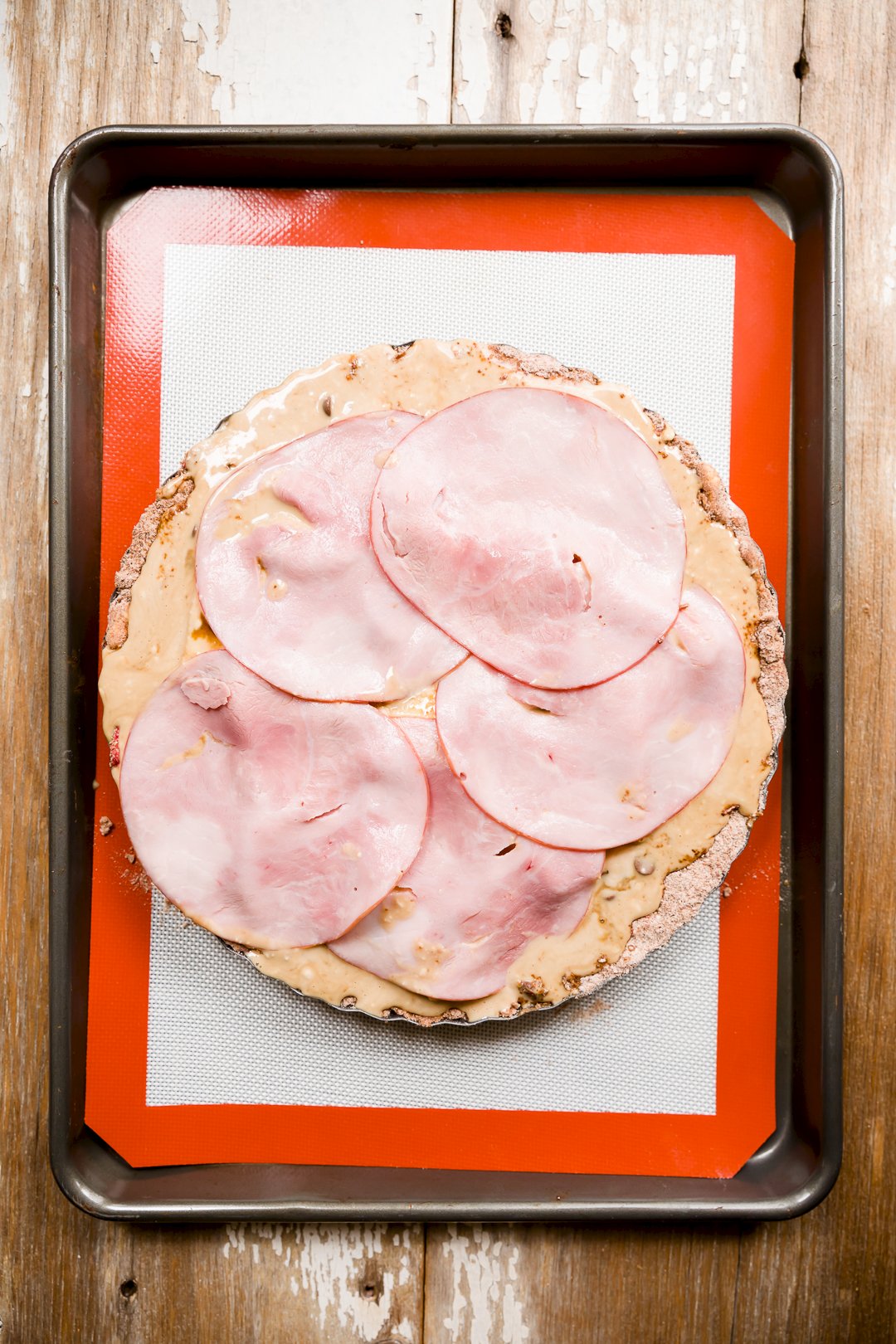