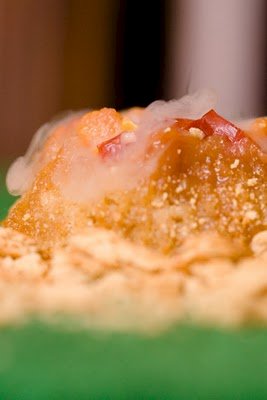 My quest to take volcano cake and turn it into volcano cupcakes began when my Twitter (and real life) friend Linda from Free Range Cookies (home of some of the best gluten-free baked goods in St. Louis) asked the following: 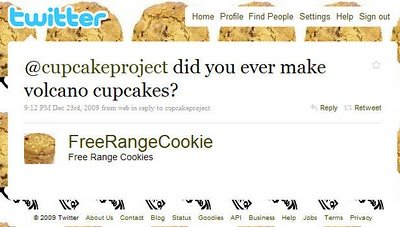 Truth be told, I had never heard of volcano cake or volcano cupcakes. But, I got excited about the idea!

I found the video below about volcano cake on YouTube and thought that volcano cupcakes would make the most awesome party cupcakes ever!!

But, being me, I decided to do things a bit differently. I saw a recipe for plum upside down cake on Simply Recipes and it occurred to me that the plums strongly resembled molten lava (if you use your imagination). So, instead of a plain white cake with chocolate frosting, I decided that I would use plum upside down cupcakes as my volcano cupcakes. I was happy with this choice. Not only did the upside down cupcakes look like little volcanoes, but they also tasted better than your average volcano. 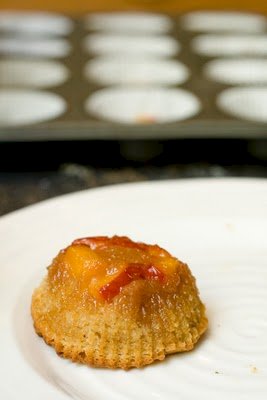 Unfortunately, I was not thrilled with the eruption part of my volcano cupcakes. There were two problems that I faced:

Please share in the comments any suggestions that you have for how to solve these quandaries. I’d love to hear your thoughts and successes.

In the meantime, I will share with you the method that worked best for me. Even though I wasn’t thrilled with the results, I still think it could be fun for a party. But, really, I think anything involving dry ice is fun (except for touching it!).

How to Make Volcano Cupcakes

1. Make the upside down cupcakes: 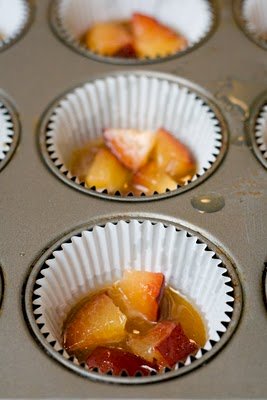 As I mentioned above, I used Simply Recipe’s plum upside down cake recipe for the cupcakes. I have reprinted the recipe below (I modified it slightly to turn it into cupcakes). 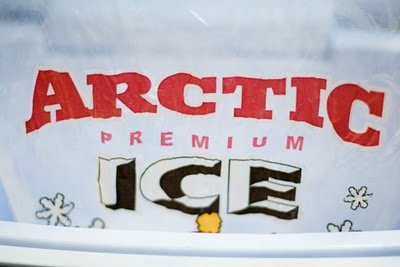 The difficult part about this step is finding dry ice. Some ice cream shops keep dry ice on hand and may be willing to sell it to you with or without the purchase of ice cream. I was able to find (after my husband made a bunch of phone calls) a local dry ice supplier, Arctic Ice. They were super nice and even chopped the ice for me so I wouldn’t need a hammer (like the folks in the video).

Store your dry ice in a cooler, not in the freezer (the guy at Arctic Ice said the freezer is the worst place for dry ice) and use it within 24 hours.

I chose to put my cupcakes on that cheesy fake grass stuff that you find on patios. You can buy a few feet of it really cheaply at Home Depot or Lowes. If you are having a party, you might consider using the fake grass as your tablecloth!

Make a hole in the middle of each cupcake that goes almost all the way to the bottom.

Line the holes with something that will keep the liquid from getting into the cake. As I mentioned above, I tried foil and plastic wrap and neither worked very well; maybe you have a better idea. 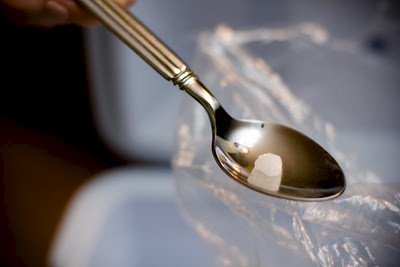 Drop a small piece of dry ice into each of the holes. Make sure that you press it down to the bottom of the hole. Be careful not to touch the dry ice! 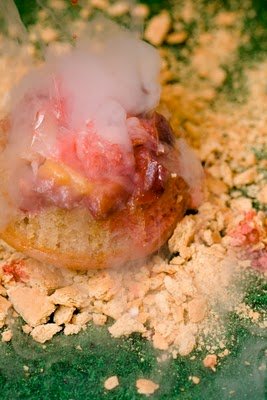 Mix a little bit of red food coloring in with some boiling water and drop a few spoonfuls of the mixture onto the dry ice. Poof – eruption! Again, I warn you, it’s not the most dramatic Hollywood effect. But, you guys are smart. I bet you can play with it and make these the most awesome party cupcakes ever!

I leave you with a photo of Jonathan and me in front of the only active volcano I’ve ever seen, Tungurahua. It’s one of my favorite photos from our honeymoon in Ecuador. 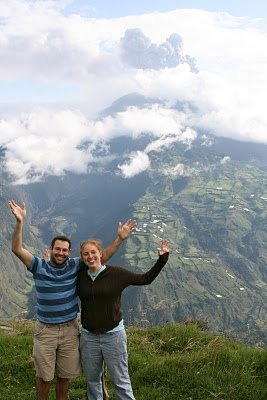