Spice Cupcakes with a Candy Center: Meet the Barrister 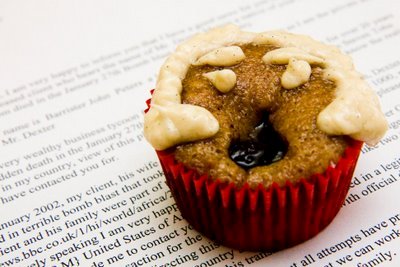 These spice cupcakes were inspired by Chris Reed (no, this cupcake is not designed to look like him). I interviewed Chris about his Reed’s natural sodas and he mentioned that one of his favorite party drinks was a float with his Spiced Apple Brew and some vanilla ice cream (he’s clearly a party animal).

I decided to make spiced cupcakes that contain Reed’s Spiced Apple Brew and to perch some vanilla bean buttercream frosting on top (I got the word “perch” from a comment left here by [Eating Club] Vancouver – I think it sounds so cute!).

I was originally planning on using my sticky candy as a topper for the spice cupcakes. However, the cupcakes were a wee bit on the dry side and using the candy as a filling instead of a topper completely solved that problem. 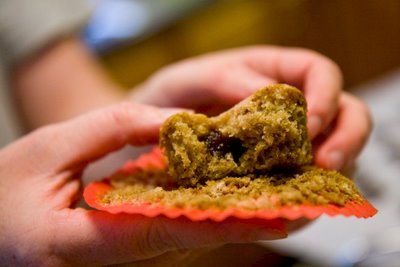 The cupcake itself was not exceptional. However, everyone loved the filling. As taster Ran (my single friend who I have dubbed Groom 2.5) noted, “It was definitely a happy ending when you reached that surprise in the center.” 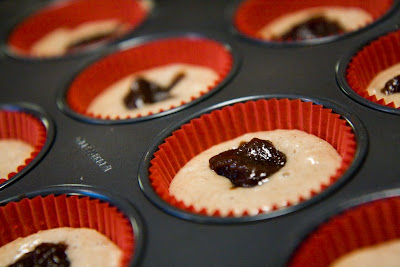 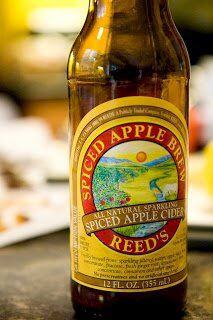 Spice Cupcakes with a Candy Center 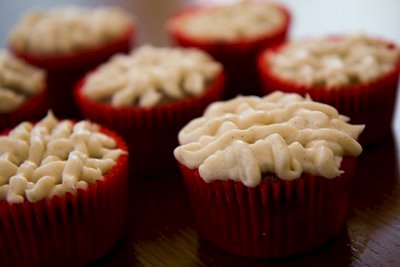 I frosted the spice cupcakes with vanilla bean buttercream frosting. This frosting tastes just like vanilla ice cream. I love it!

I frosted some spice cupcakes completely like you see above. However, I chose to frost other cupcakes (where I had used bigger pieces of sticky candy) like barristers (as you see at the very top of this post). I’m not going to explain what the barrister cupcake is sitting on. See if you can figure it out.

Where Have I Been?

I just returned from a wedding in Jackson Hole. Guess what? There were cupcakes! I didn’t make them, but I definitely ate some!