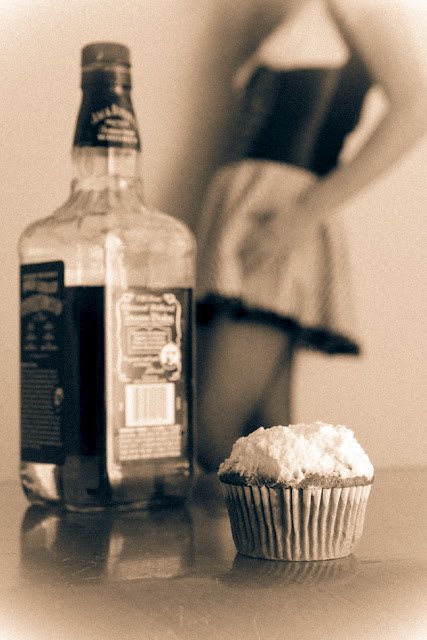 To bring Wild West week to a close (so far I’ve made wagon wheel pasta and wagon wheel cookies), I bring you Wild West cupcakes.  These aren’t poser cupcakes. No, no.  The recipe for these sorghum cupcakes comes from a newspaper in the 1800’s (it was for cake, not cupcakes, but close enough).  I found the cake recipe (I invented the frosting recipe) on Chronicle of the Old West where they report that, “This was a dessert made either at the ranch or restaurants in town.  It couldn’t be made on the cattle drive because of the need for butter and eggs, two items that would not remain fresh during a two to three month cattle drive.”

For the Sorghum Virgins 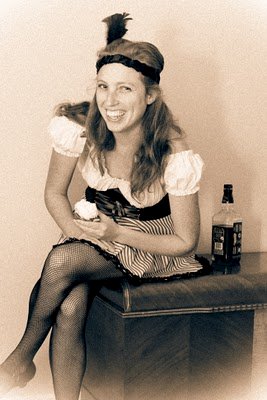 Not a sorghum virgin

Sorghum is very similar in texture to molasses (in fact, it’s sometimes called sorghum molasses), but it is made from sorghum cane rather than sugar cane.  You can read all about the history and the making of sorghum on a wonderful website devoted to sorghum.

You could use another type of molasses for these cupcakes, but the flavor wouldn’t be quite the same.  Sorghum is a bit sweeter and unlike other types of molasses, it doesn’t leave you with that a strong aftertaste.

I had sorghum for the first time at Lambert’s – The Only Home of Throwed Rolls (yes, they actually throw rolls at you).  They serve their rolls with sweet, delicious sorghum.  If you are ever within a few hour drive of a Lambert’s, it’s worth the trip.

Again, this recipe came from a newspaper in the 1800’s  (I found it on Chronicle of the Old West).  I am reprinting it with my adaptation to cupcakes below: 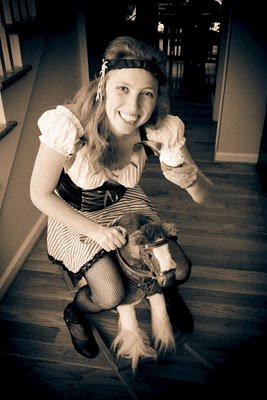 In case anyone is on the market for a Halloween costume and wants this one, you should know that my costume is actually a pirate wench costume.  I figured that it was close enough to the Wild West to do the trick.  My flapper headband was also a huge anachronism. 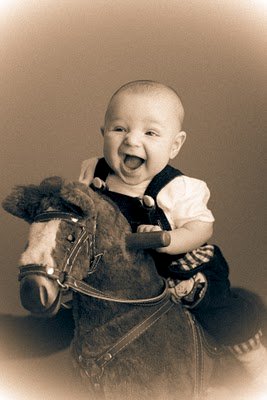 I had to end the week with a photo of our little cowboy.  This photo was taken when we he was three months old.  He’s now 13 months and he looks so different!