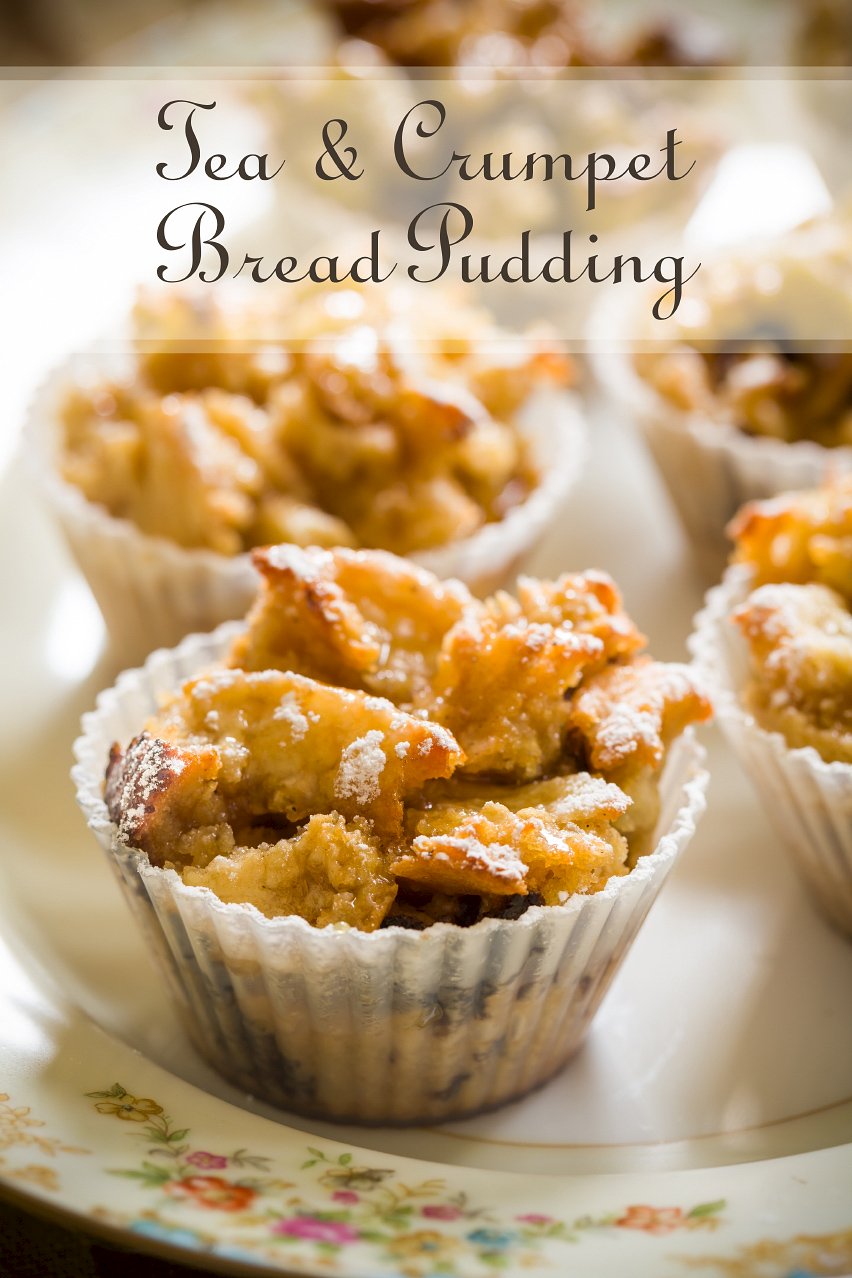 I’m kind of a carb-o’-holic.  Who’s with me?  I enjoy my bread in any form, and bread pudding is one of my favorite desserts.  When I had some leftover homemade crumpets, bread pudding immediately came to mind.  I found a recipe on Fisher and Paykel’s site for an Earl Grey bread and butter pudding made with croissants.  After gawking over the recipe, I decided to do my own take on their recipe using crumpets and, of course, cupcake liners.  The result was a simple, mildly sweet bread pudding with a distinct tea flavor.  If you are looking for a rich, over-the-top dessert, this isn’t it.  It’s more sophisticated and proper – just like eating tea and crumpets on fine china.