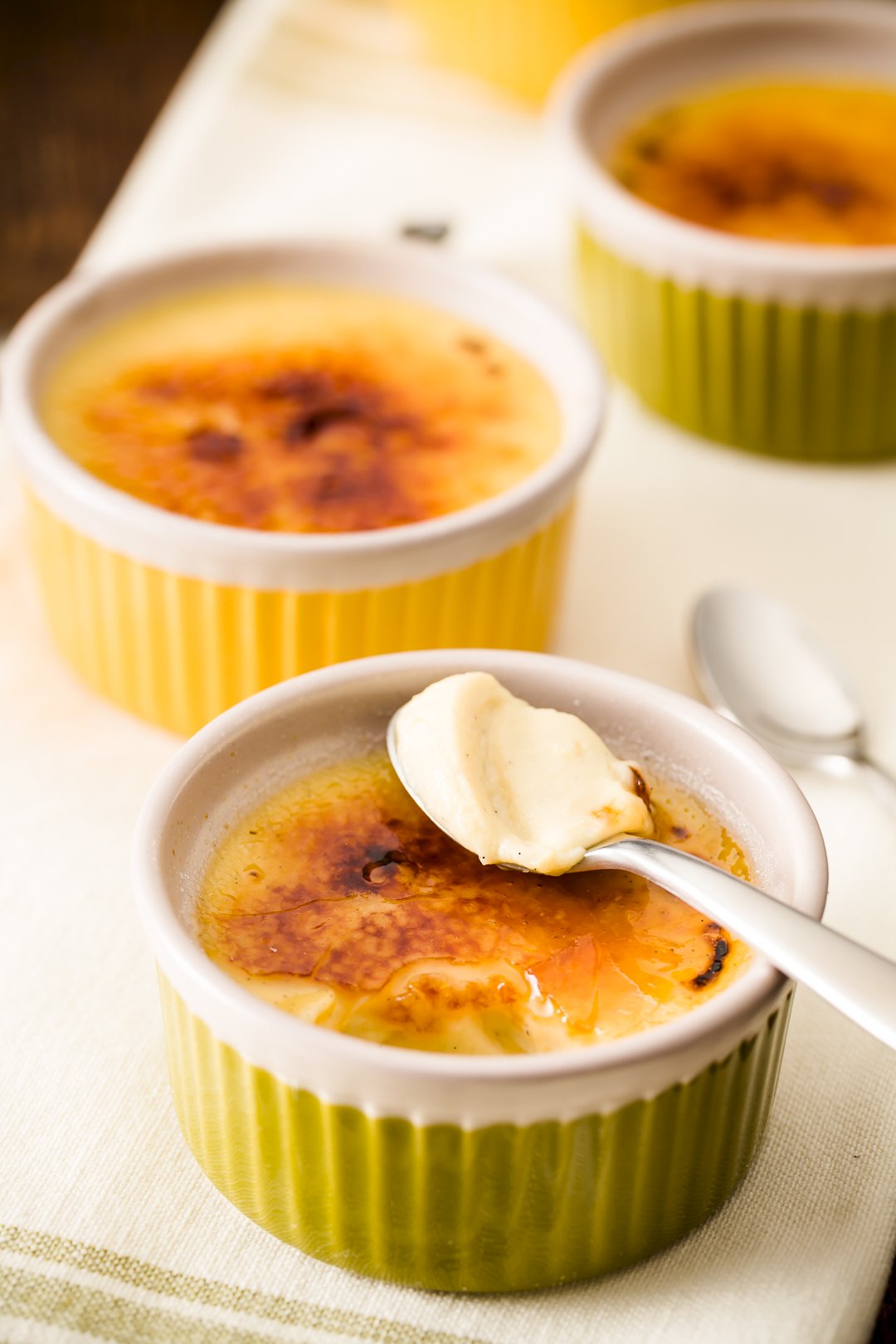 Crème brûlée may seem like a super fancy dessert, but it is actually one of the easiest desserts to make – especially when you make it in a slow cooker. It hardly uses any ingredients and it can even be made in a single bowl!

I developed this slow cooker vanilla bean crème brûlée recipe for the February/March 2017 issue of allrecipes Magazine! It’s part of a whole story I wrote on slow cooker desserts. Be sure to grab a copy off of a newsstand while it is still there.

One thing that I love about writing for magazines is that they do vigorous recipe testing before sharing the recipes. The version of the recipe that I’m sharing below is not my original version, but the one we ended up with after their tester added lots of little details to make sure that it was flawless. For example, in my original recipe, I didn’t strain the liquid before putting it into the ramekins (you can also skip this step, but the end result might not be quite as smooth). Likewise, their tester put a towel at the bottom of the slow cooker to keep the ramekins from sliding, which is a nice idea that I hadn’t thought of.

Join the free mailing list to receive the latest recipes, tips, and tricks by email!
Print Pin
5 from 5 votes