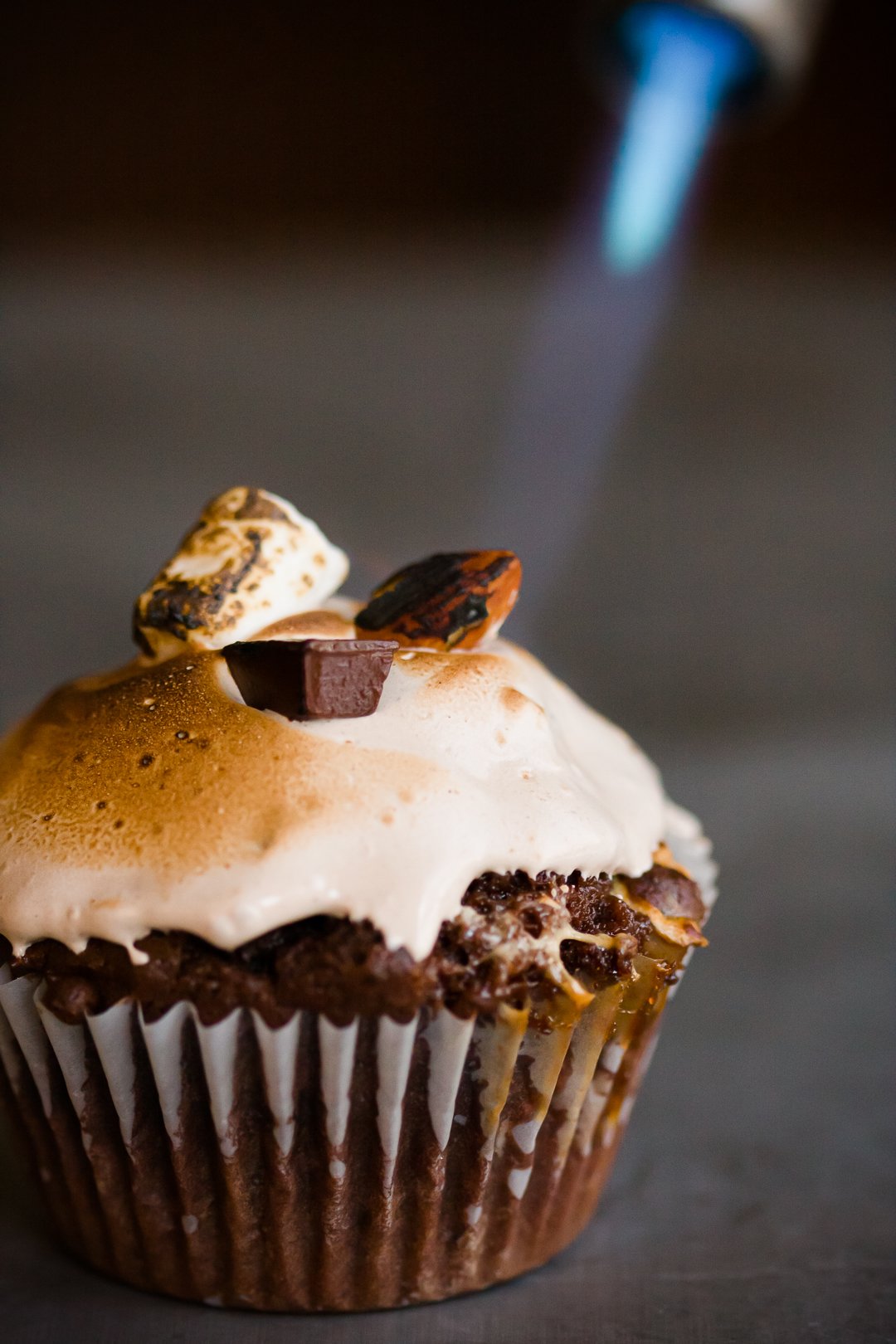 These Rocky Road cupcakes are the Rocky Road ice cream recipe in cupcake form. The frosting is similar to – but not quite as fluffy as – my marshmallow frosting; it has the addition of cocoa powder for an extra chocolate boost. 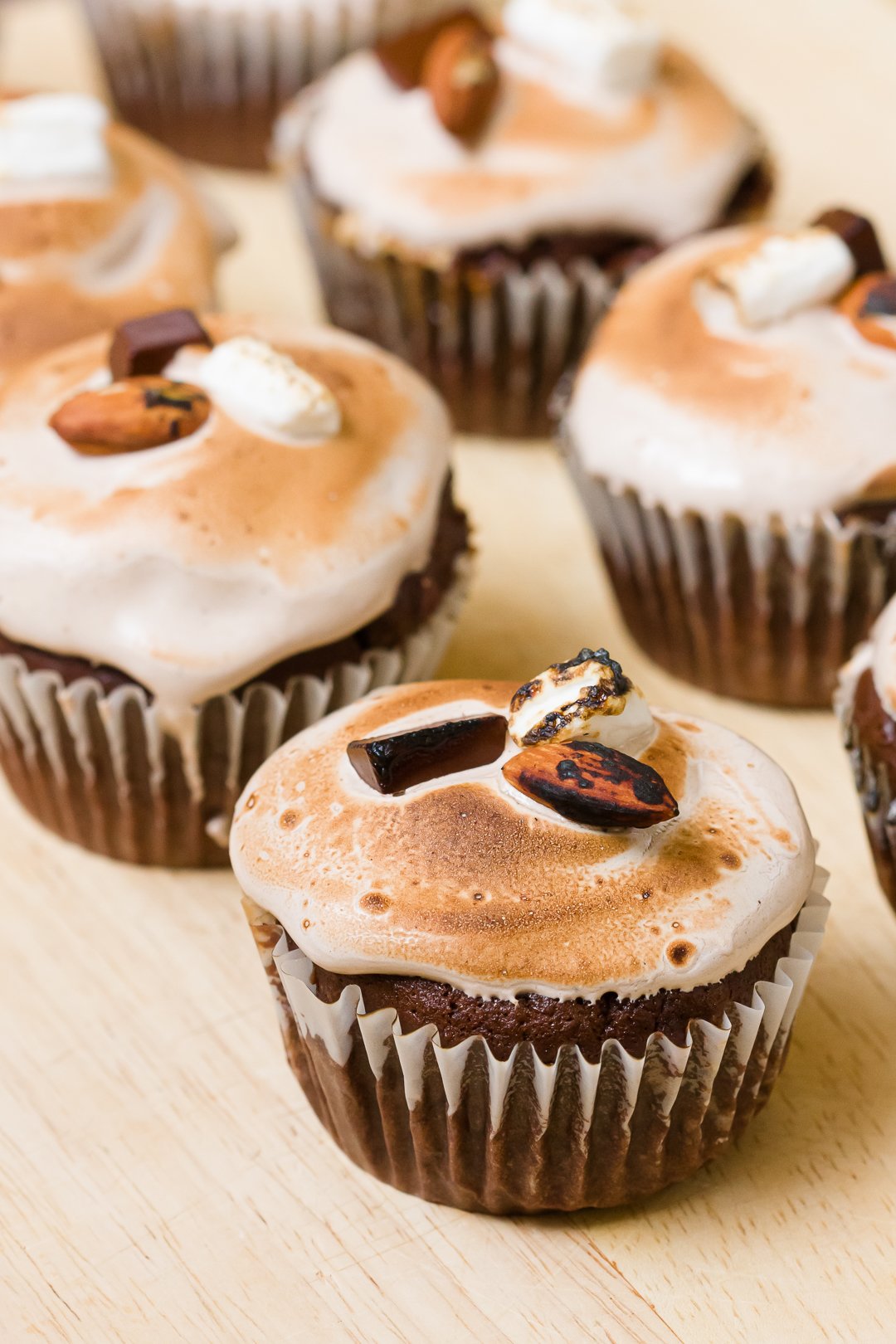 What Will You Need to Make These Cupcakes?

I recommend a stand mixer or electric hand mixer in addition to the usual baking tools. Your arms will thank you; you have to spend about 20 minutes whisking egg whites to make the meringue frosting for this recipe.

While not essential, a culinary torch will let you precisely control how much you toast the chocolate meringue frosting.

You will need a candy thermometer to make this recipe.

Mix-ins are essential to make this recipe. You will have to buy mini chocolate chips, mini marshmallows, almonds, and chocolate chunks (for decorating). 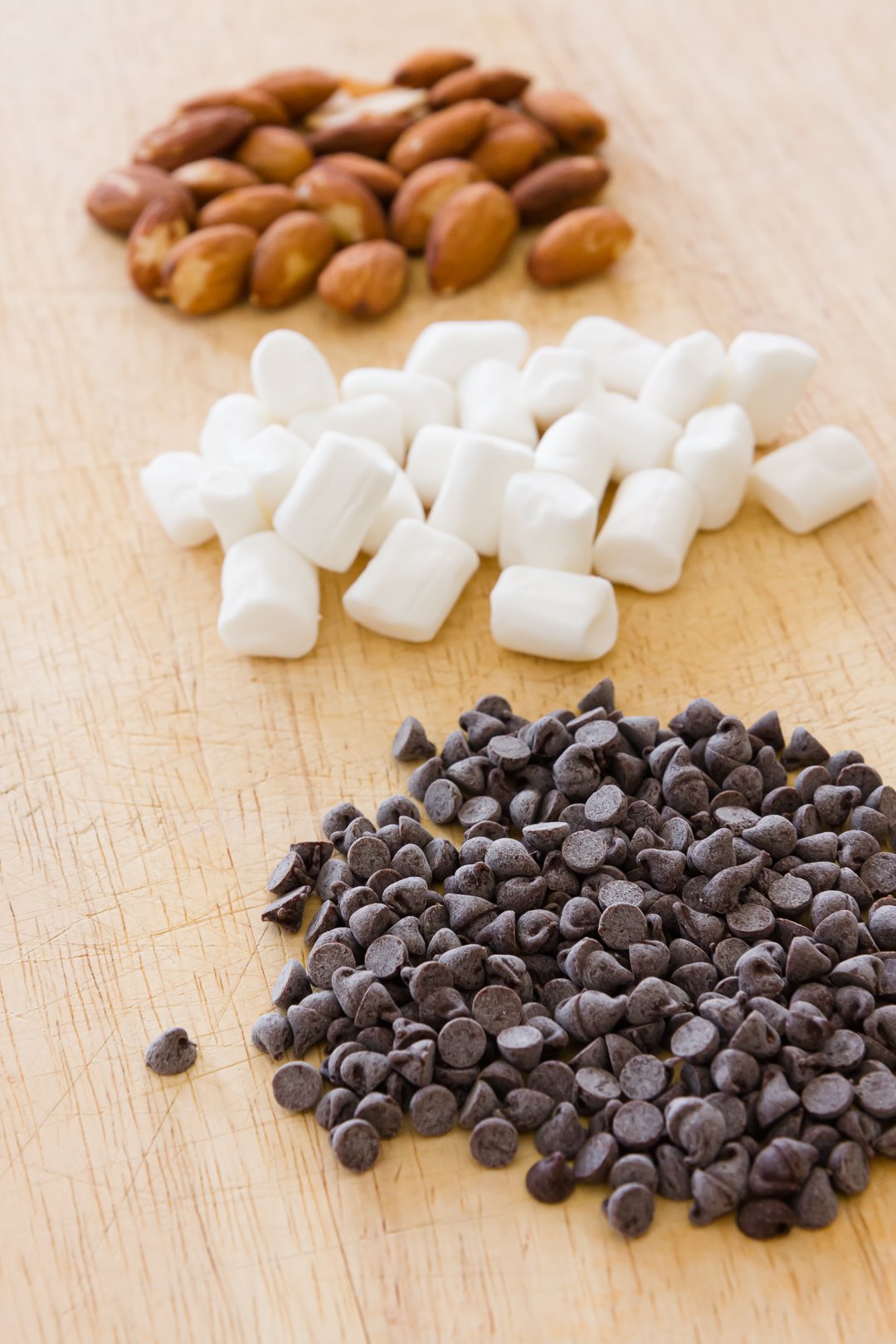 How to Make Rocky Road Cupcakes 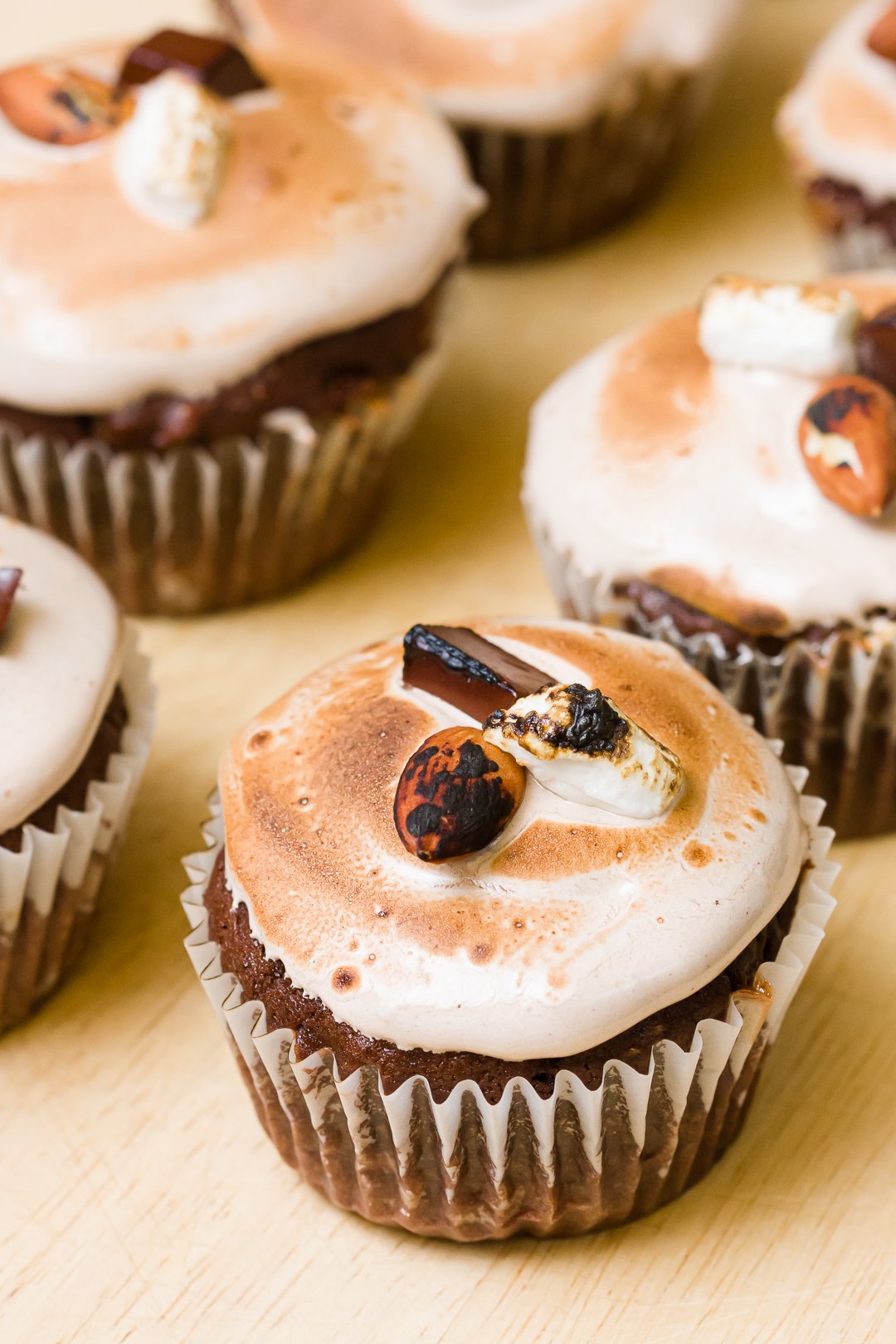 Start by preheating your oven to 350 F and filling cupcake tins with liners.

Cream butter and sugar until light and fluffy. (Terminology like this is covered in my post on how to make cupcakes, so read that as a primer if this step is confusing.)

Add and fold in mix-ins of mini marshmallows, chocolate chips, and chopped almonds. 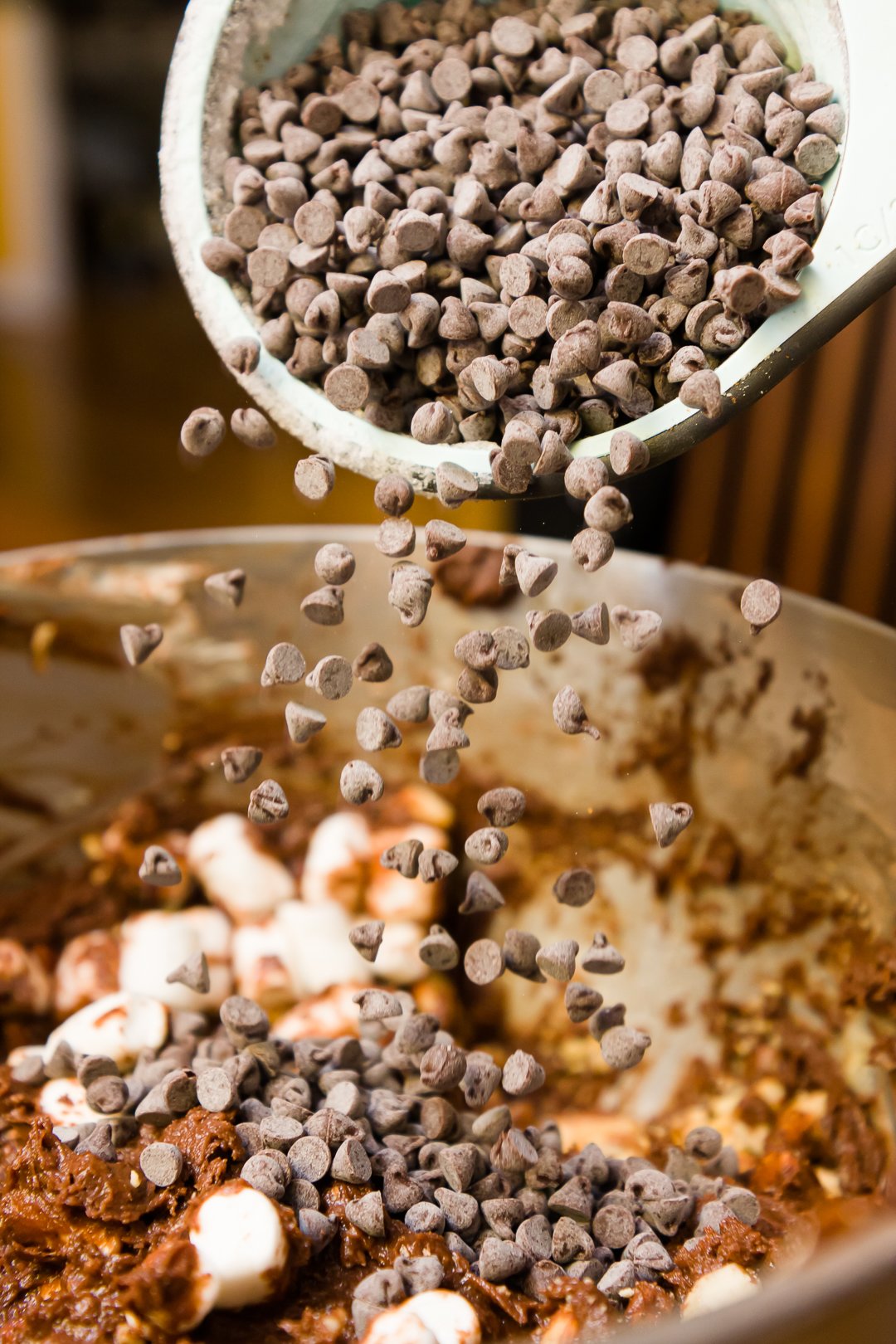 Fill cupcake liners and bake until a toothpick comes out dry.

Remove cupcakes from the cupcake tin and cool on a cooling rack or on your counter if you don’t have one. 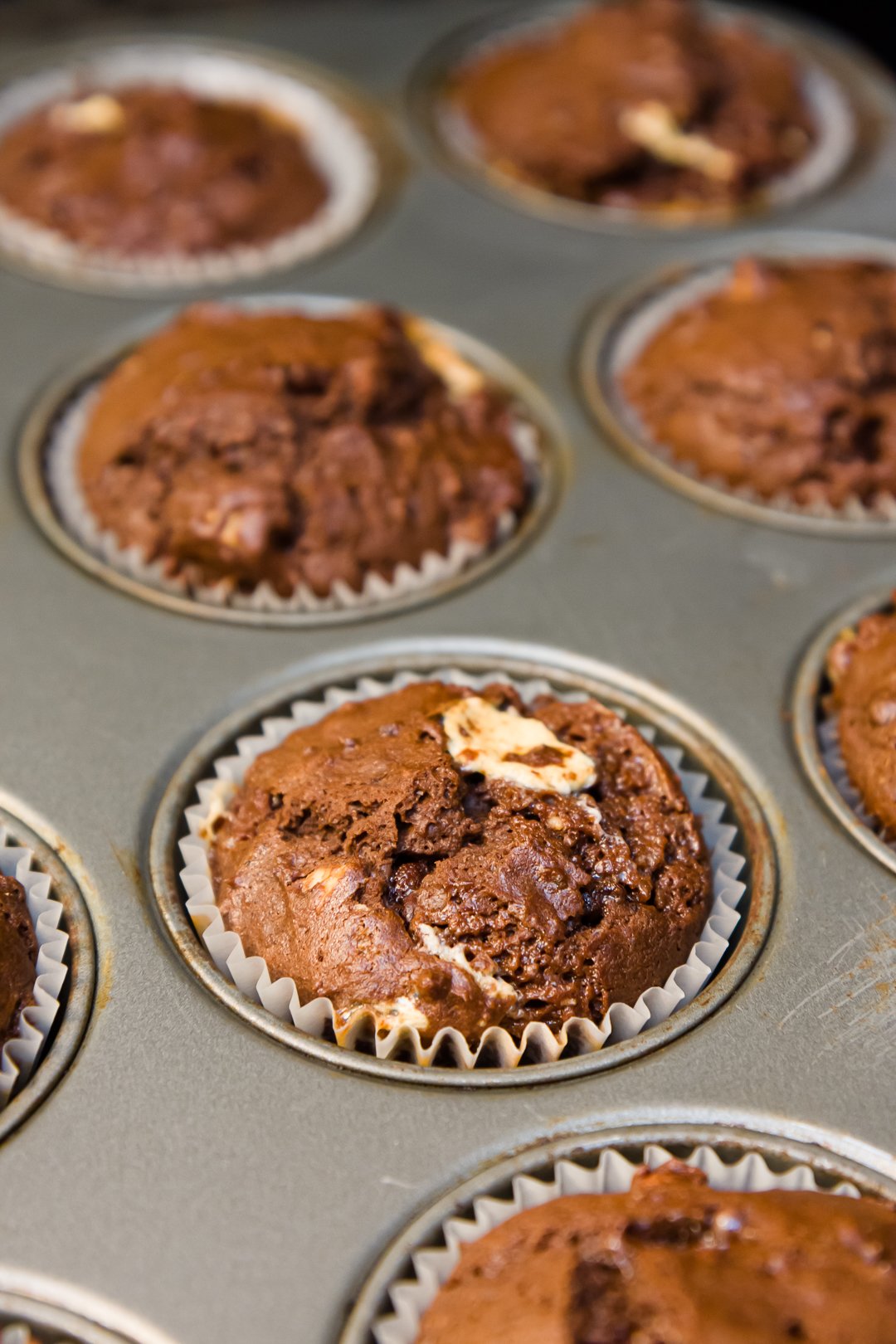 Begin by combining egg whites and sugar in a heat-proof bowl. (I use the metal bowl of my stand mixer, and these instructions are written for a stand mixer or electric hand mixer.)

Place the mixing bowl over a pot of boiling water and whisk until the mixture reaches 110 F on a candy thermometer.

Remove bowl and whisk for 10 minutes on medium speed.

Whisk for an additional 5 minutes on high speed until stiff peaks form. 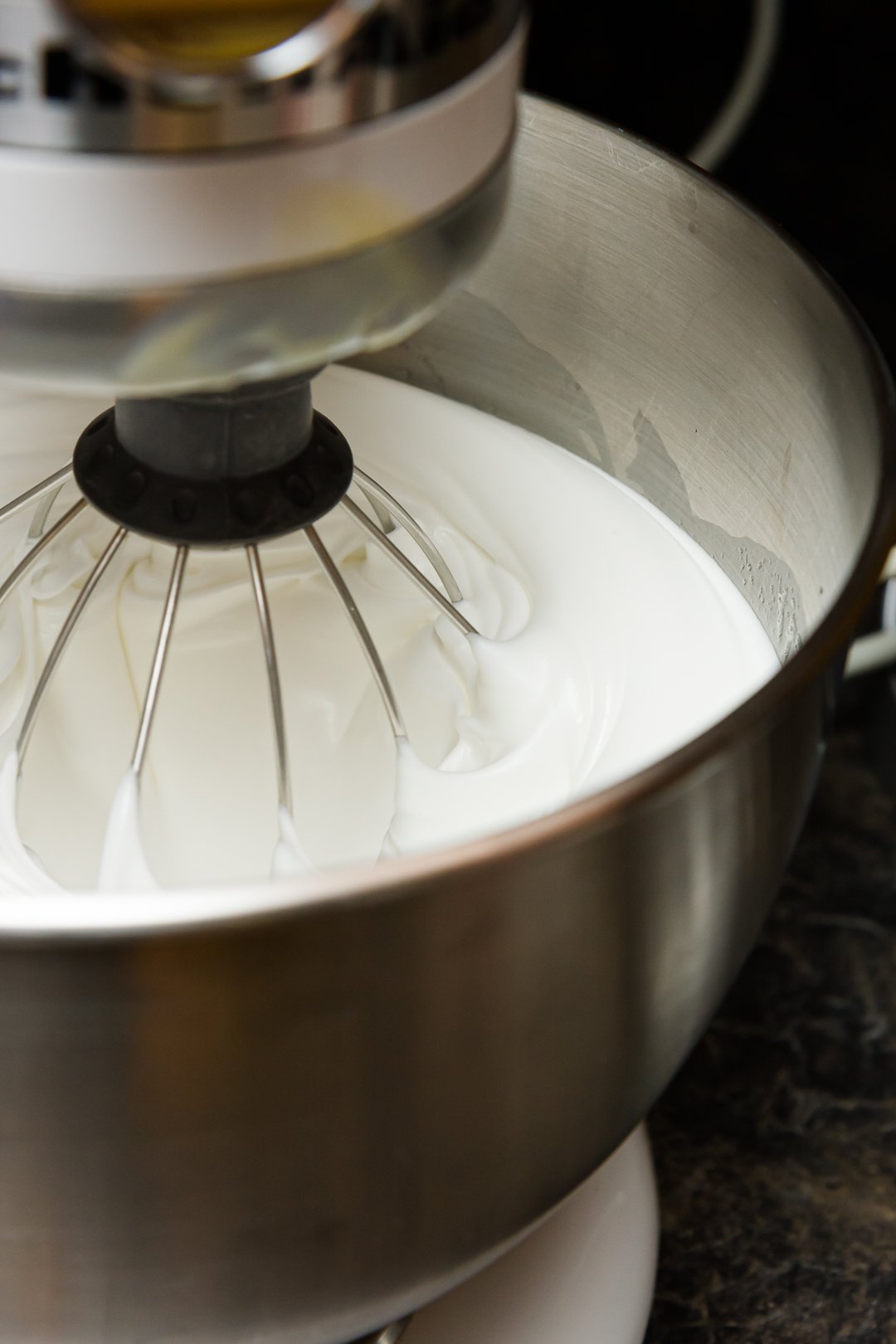 Whisk in cocoa powder until incorporated.

Top each cupcake with an almond, a mini marshmallow, and a tiny piece of chocolate.

Use a culinary torch (or a broiler) to toast the marshmallow frosting. 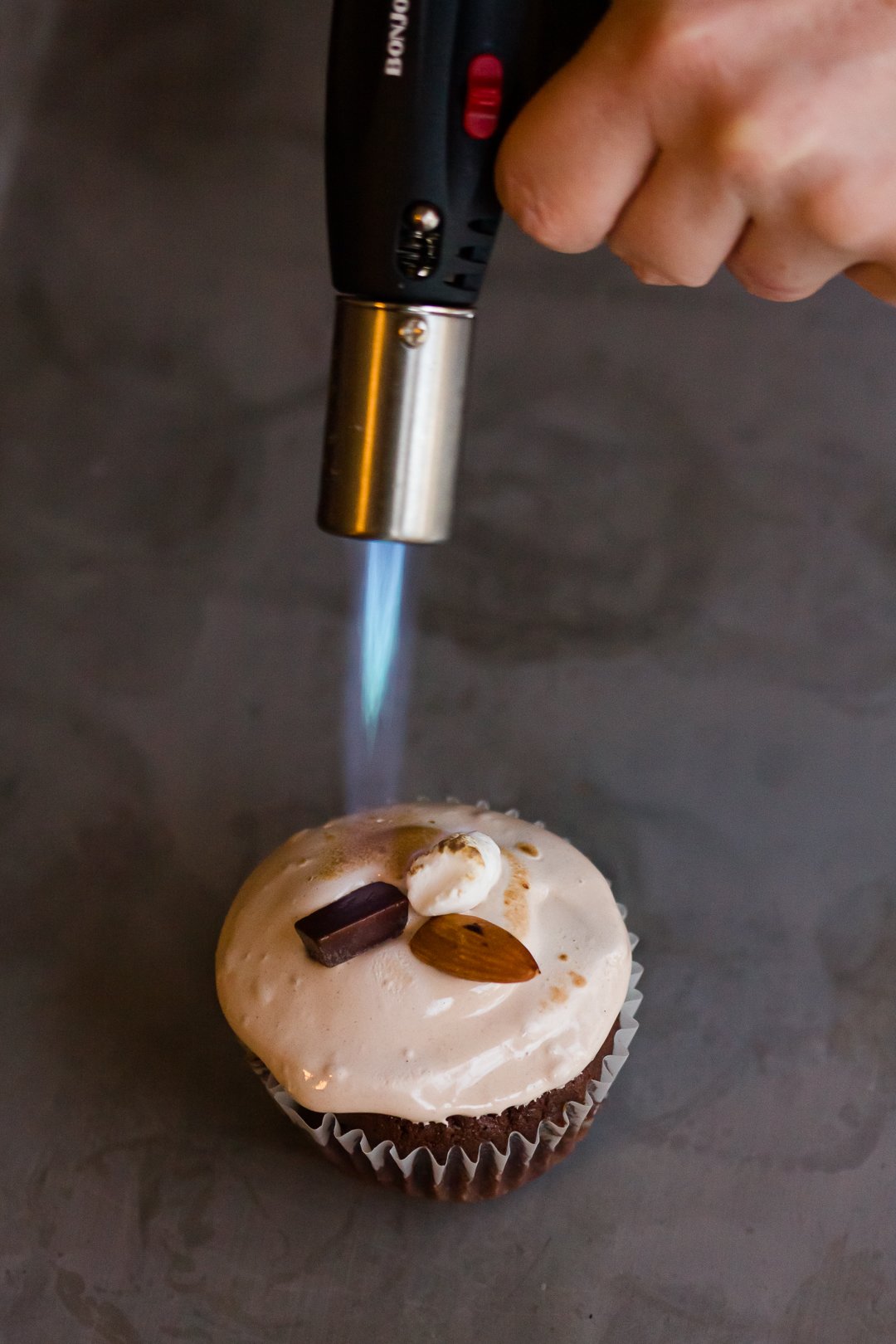 The marshmallows in the cupcakes can stick to the cupcake liners as they bake. To avoid this, you can use silicone liners.