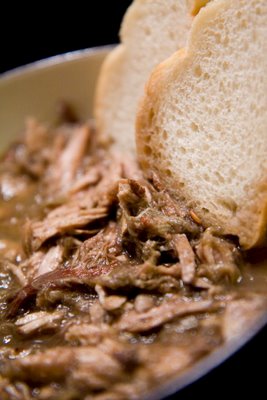 Rhubarb pulled pork is my latest cupcake inspiration. Yes, people, rhubarb cupcakes are coming soon. For now, though, it’s time to talk about the rhubarb pork.

Rhubarb and pork are words that I had never put together until I saw them on the site of this month’s Taste & Create partner, Culinary Disasters. I must admit that with a blog name of Culinary Disasters, I was a bit concerned about finding something good to make there. My fears, however, were unfounded.

The rhubarb pork was a smashing success. It was moist and flavorful. I just have a few things that you might want to consider before making it: 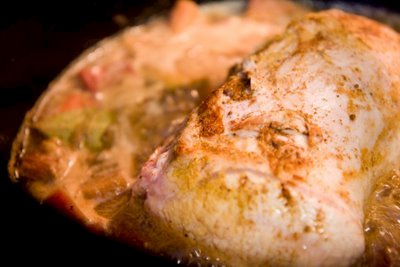 Here is the recipe for rhubarb pulled pork from Culinary Disasters. I made a few notable changes from the original. Whole Foods didn’t have a pork shoulder, so I went with a pork loin. I used agave nectar instead of honey – just because I had some on hand. Lastly, I used chipotle peppers instead of jalapenos because I like them better, and I skipped out on the shallots because we didn’t have any.

A Photo-Only Side Dish

No recipe for this one, but here is a photo of the side dish that we enjoyed with the pork. Both the photo and cooking are compliments of Jonathan. 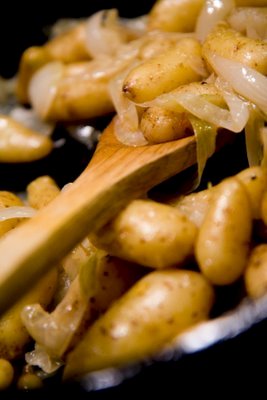