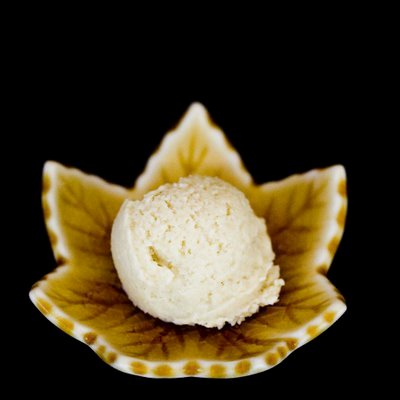 But, of course, my maple ice cream didn’t top waffles – it went in an ice cream cupcake.

Maple happens to be one of my favorite flavors – it’s right up there with honey. I must admit that I have even been known to put maple syrup on pasta. It’s really good on just about anything. The same applies to the maple ice cream. It could enhance just about any meal. Picture pork chops with maple ice cream on top. Yum! OK – maybe it’s just me.

I found the recipe for maple ice cream on Serious Eats. I am reprinting it below with my notes. The recipe requires an ice cream maker. I have a really cheap model that I borrowed and never returned from Groom 2.0 (it’s similar to this ice cream maker). It works quite well.