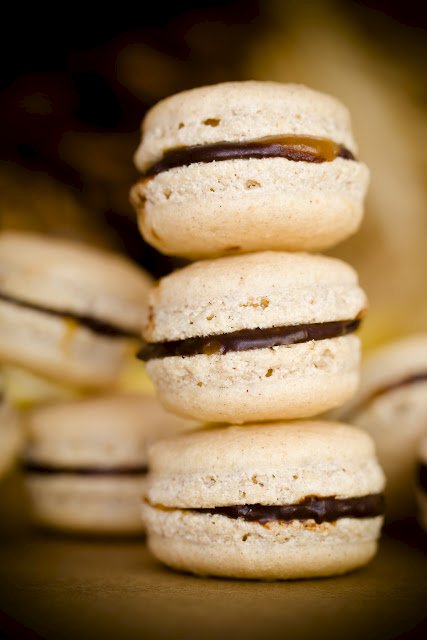 Last week, however, things changed.  I was invited to learn the art of macaron making from fellow St. Louis food blogger and self-taught macaron expert Amrita of The Sweet Art.  Amrita made macaron recipes seem so easy – because they are.  Sure, there are a lot of steps and you’ve got to read the tips and tricks carefully, but if you can follow a cupcake recipe and make cupcakes, you can make macarons.  In fact, I’m going to go one step further and say that it is actually easier to make adorable macarons than cupcakes because you don’t need to be an expert at making pretty swirls of frosting to make your macarons look like they were made by a professional pastry chef.

If you aren’t an avid reader of food magazines and baking blogs or don’t live in a city where French macarons have become mainstream, you might make the mistake I did at first and confuse macarons with macaroons.  Macar-oo-ns are coconut cookies that are commonly served during Passover in the United States. Macar-o-ns are Parisian meringue and almond flour cookies that have a thin outer crust and are chewy on the inside.  Today, most macaron recipes call for sandwiching two cookies together with any number of fillings (although it’s not the traditional way of preparing them). 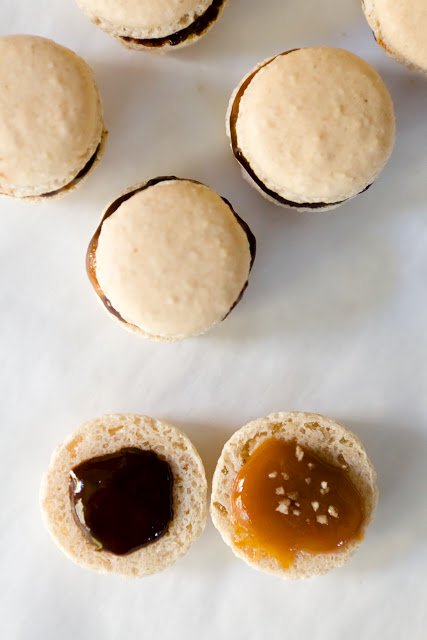 I had to write out the title of my first macarons one more time – even just hearing the name of it makes me want to run down to my kitchen and eat another one.  Eating a bite of this macaron, you can taste each flavor: the Fall flavors of cinnamon, nutmeg, clove, and allspice, the decadent chocolate ganache, the sweet, creamy caramel, and the smoky finish of the smoked sea salt.  Plus, there’s the textural perfection of a macaron.  Few desserts give you a crunchy and a cloud-like texture all in the same bite.

These macarons are not a dessert to leave out and let your teen and his friends gobble up (Charity Schmidt just shared a story on Facebook of how that happened when she made my homemade goldfish recipe).  Rather, these should be given out one or two at a time as a special gift to be savored.

I got the macaron recipe from Amrita at The Sweet Art.  She adapted it slightly from David Lebovitz’s macaron recipe.  The only changes that I made were to add pumpkin pie spice and my combination of fillings.  The recipe below is theirs, but with my notes and tips.

Some quick notes before getting started:

1.  I get lazy with cupcake recipes (sometimes I don’t even level my cups of sugar and flour – for shame), but macarons are a different animal.  Macaron measurements must be perfect!  Don’t worry – it really is easy as long as you have a scale.  I recommend a digital scale like the one from EatSmart.

2.  Bake this recipe the day before you plan to eat the macarons.  Macarons need to “mature” overnight in the refrigerator. 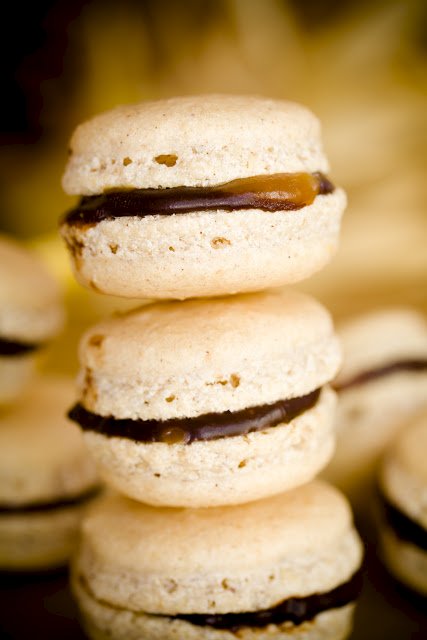 Special thanks go out to…