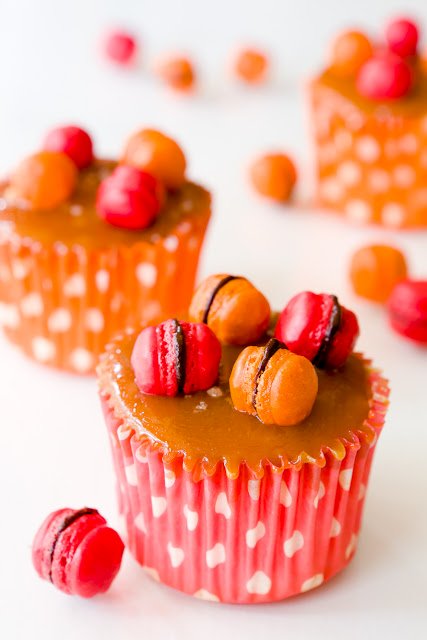 After taking a macaron-making class with Amrita of The Sweet Art, I knew that macaron cupcakes were in my future.

Macarons are cute to begin with, but mini macarons are baby panda cute.  (I initially wrote this with the statement that baby pandas are the ultimate level of cute.  But, my editor wisely pointed out that while baby pandas themselves are high on the cute scale, baby pandas wearing mini macaron hats would be the pinnacle of cuteness.)  I decided that for my interpretation of macaron cupcakes, I would top cupcakes with mini macarons.

But, which cupcake flavor should I make?

How to Make Macaron Cupcakes 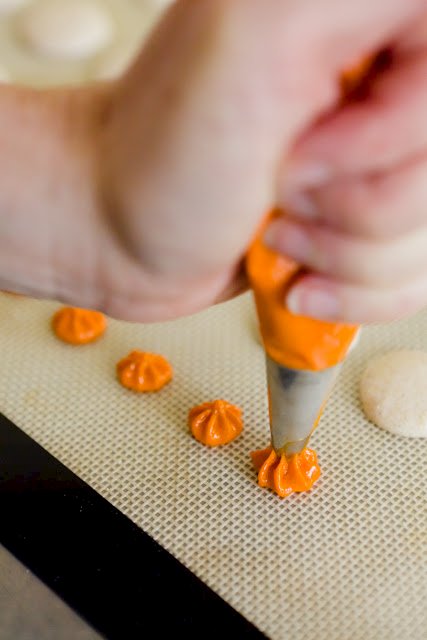 To make macaron cupcakes, first you’ll need to make mini macarons.  I describe the process for macaron making in detail in my post on pumpkin pie spice macarons.  Follow those directions, but make the macarons smaller.  You can see the size difference in the photos above and below. 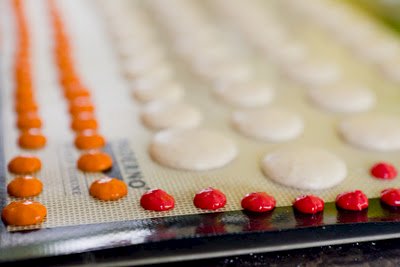 Right before piping, divide the macaron batter into separate bowls and add gel food coloring (not liquid colors, as they can mess with the recipe’s wet/dry balance) to each bowl a little bit at a time until you create your desired colors. As you can see, I baked red and orange macarons, but you can have as many different colors as you’d like.

Bake the mini macarons for the same amount of time that you would bake the normal-sized ones.  You’ll find that they are extra crispy when they are fresh out of the oven.  However, after you add the filling and set them on top of your frosting, they moisten up considerably.  If the mini macarons started at the perfect macaron texture, they would be soggy by the time you ate them. 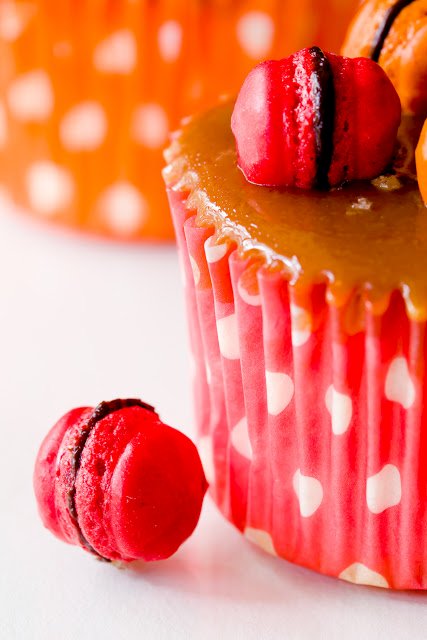 For my macaron cupcakes, I wanted to use the same fillings that I used in my pumpkin pie spice macarons (caramel and chocolate ganache).  I frosted the cupcakes with the caramel icing and some sprinkled smoked sea salt and filled the macarons with the ganache. Follow my lead, or come up with whatever combination suits your taste!