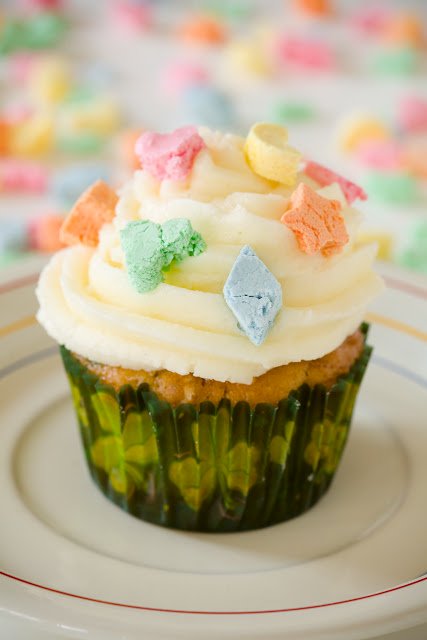 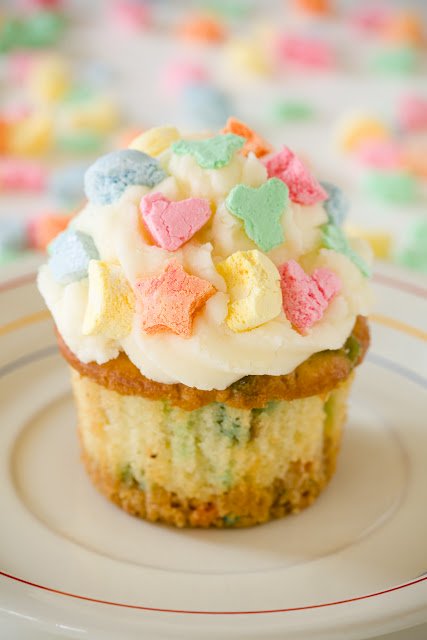 The pure sugar of the Lucky Charms cereal balances with a not-so-sweet cupcake to create a combination that is magically delicious and enjoyable for kids, adults, and leprechauns alike.

About the Lucky Charms Cupcakes’ Ingredients

About the Lucky Charms:

About the Corn Syrup:

Both the cake and the frosting are made using homemade corn syrup. Homemade corn syrup is NOT the same thing as store-bought corn syrup.  Instead, it is a sugar syrup that has been flavored with corn.  The corn flavor imparts a cereal taste to the cupcake and gives the frosting the aftertaste of sweetened cereal bits that have been left over at the bottom of a bowl of milk. 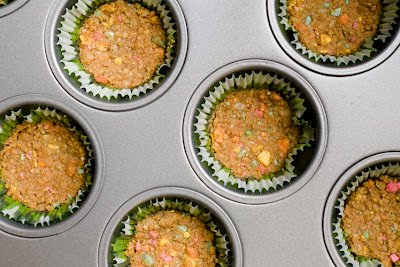 For the corn syrup buttercream frosting (double all frosting ingredients if you like really big frosting swirls): 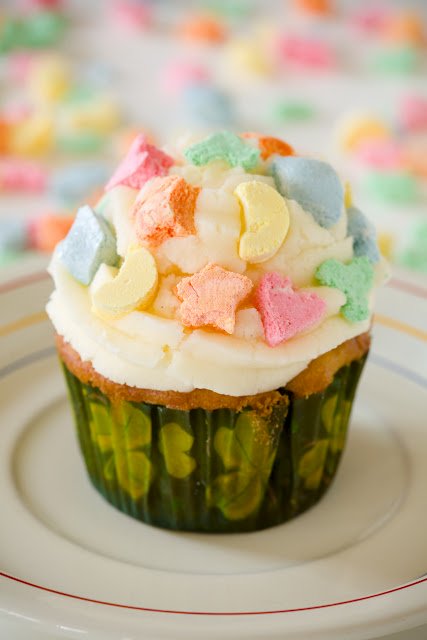 I thought that these cupcakes looked like little toadstools for leprechauns.  However, there has been an important debate taking place on the Cupcake Project Facebook page about whether or not leprechauns are small enough to sit on toadstools.  Head over to the Facebook page to weigh in.