How to Make Cupcake Croutons 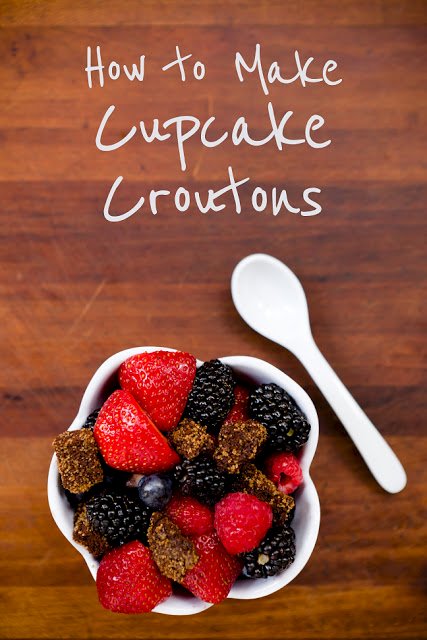 I hate throwing out cupcakes.  I can almost hear them screaming, “What did I do to deserve this?” as I dump them into the trash bag.  Thankfully, my cupcakes rarely get tossed.  I’ve got friends and family who are always willing eaters.  Yet, sometimes a few cupcakes are too far past their prime to serve.  There are also times when a batch of cupcakes isn’t as appetizing as I’d hoped and I’d rather serve tasters a better version.

You can turn old or unwanted cupcakes (even though I’ve just done it, I’m not sure the words “unwanted” and “cupcakes” should ever be used together) into cupcake croutons!  Cupcake croutons have the texture of biscotti but they can be made with any cupcake flavors.

I made my cupcake croutons with chocolate cupcakes (to be specific – trial 39 in the Quest for the Ultimate Chocolate Cupcake) dusted with brown sugar and cinnamon.  The little crunchy cupcake croutons didn’t taste like leftover cupcakes.  They were a special dessert all unto themselves – and with so many uses (see below), you may want to bake cupcakes just to turn them into croutons!

How to Use Cupcake Croutons 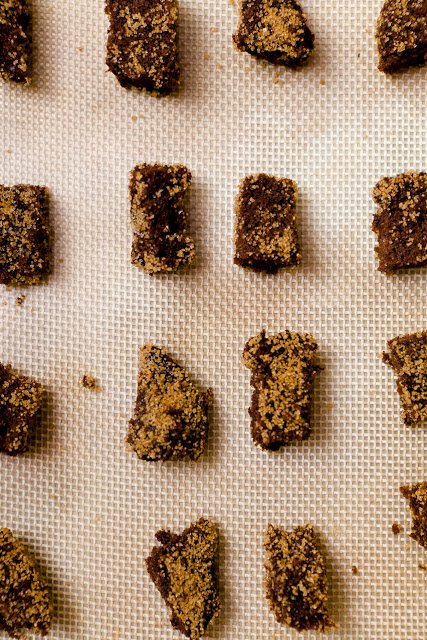 “OK,” you wonder, “Now that I have all of these cupcake croutons, how should I use them?”

How to Make Cupcake Croutons 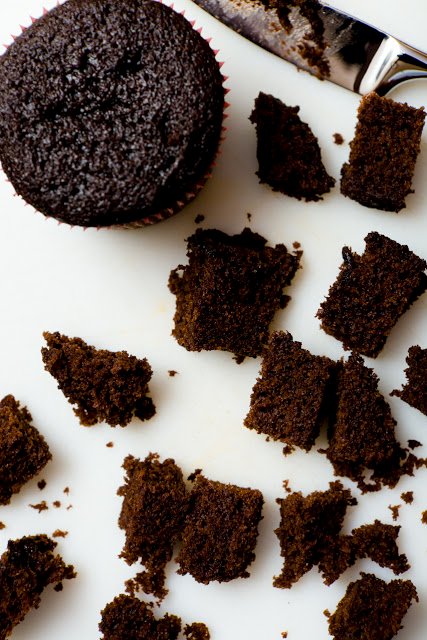 I received the Excalibur Dehydrator shown in the photo above compliments of Excalibur.  It’s living in the basement right now because its footprint is way too huge to fit in my kitchen, but it will be making frequent trips upstairs – not only to make more cupcake croutons, but also to make dried fruit, fruit leather, dried veggie snacks, and much more.  If you have a dehydrator, I’d love it if you shared some of your favorite dehydrator recipes in the comments!