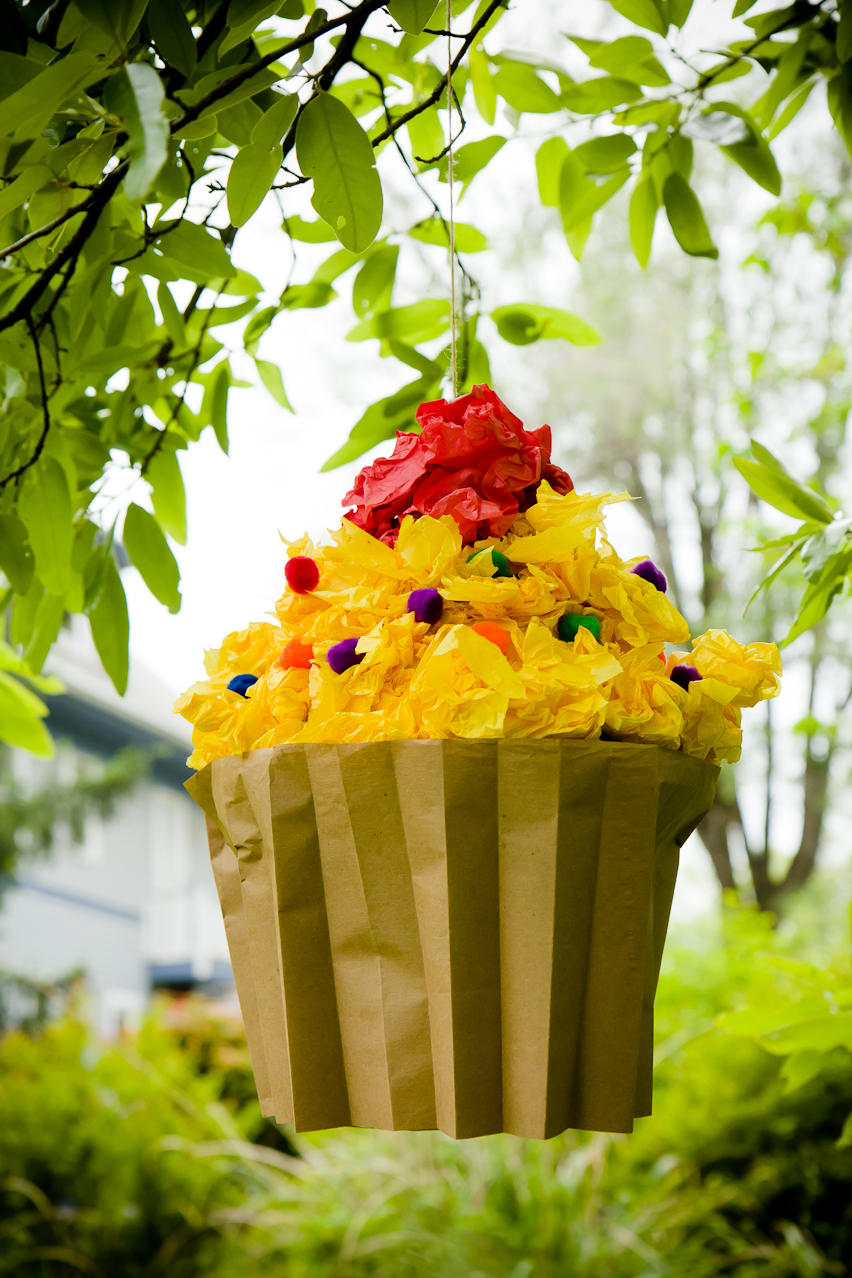 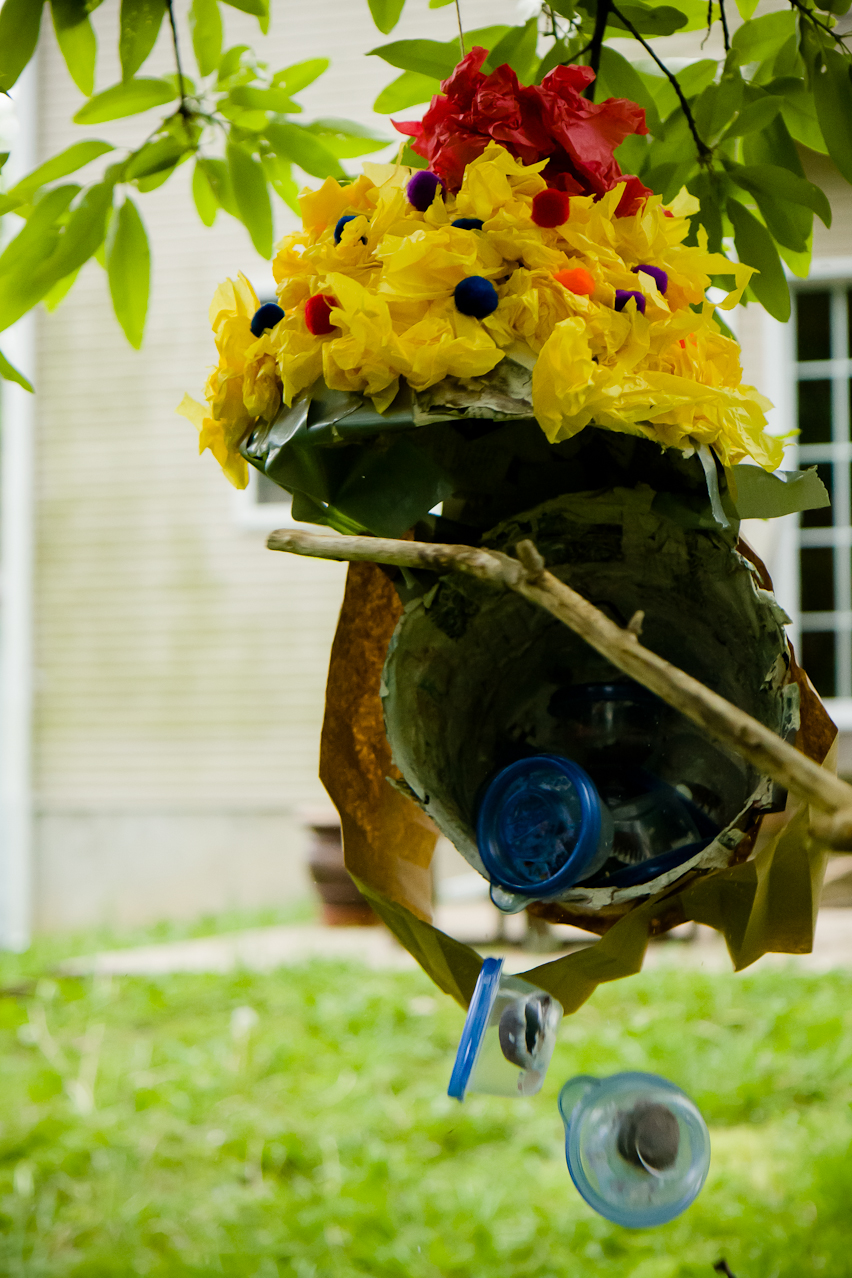 …are met with cupcakes raining down (protected in plastic containers)!

What About the Smashed Frosting?

I suggest leaving the frosting off of the cupcakes in the piñata.  Set up a frosting station as part of your party and let kids (or adults) frost their own cupcakes after the cupcake piñata is broken. If you prefer to frost ahead of time, opt for a hard frosting or a glaze rather than a swirl – that way the frosting is less likely to get damaged. 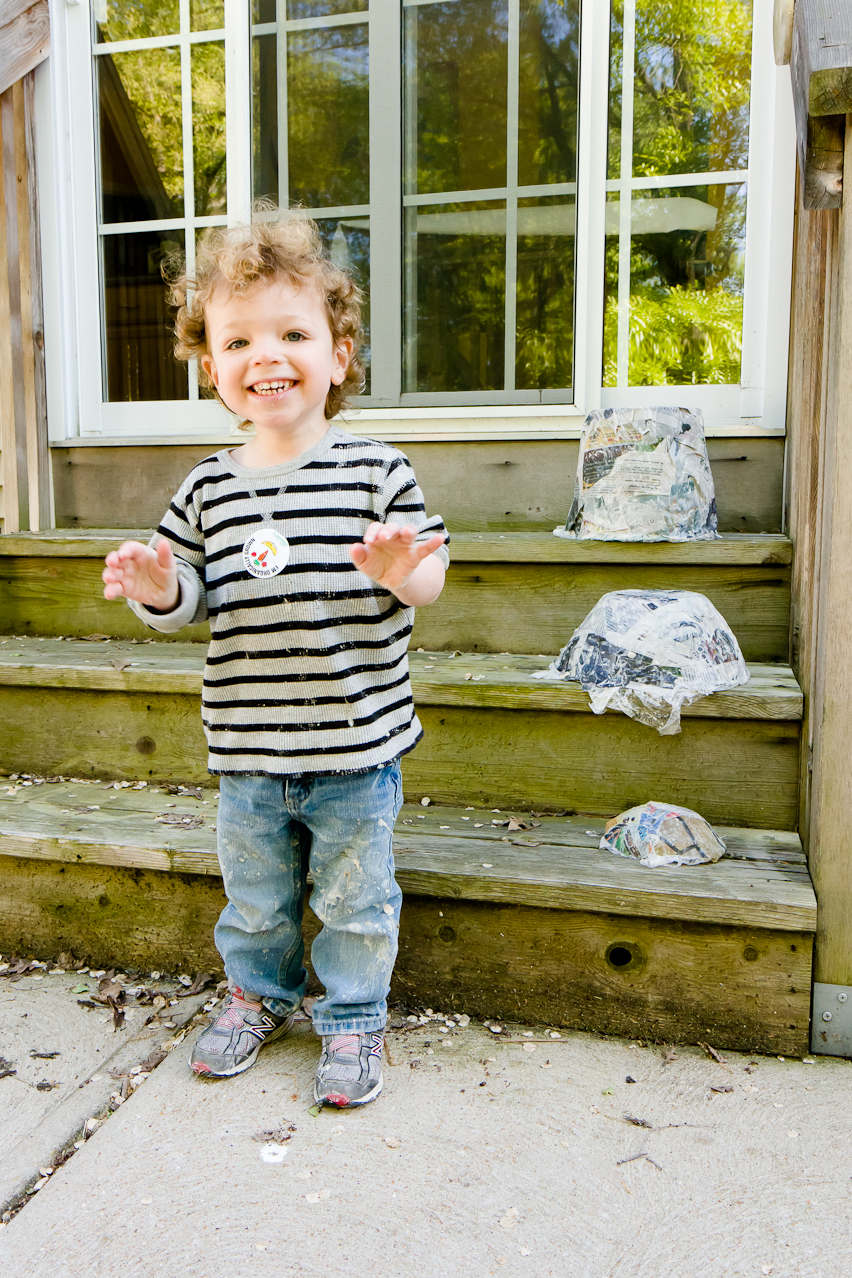 You can certainly buy a cupcake piñata (check out this one on Amazon – so cute!).  However, doing this craft with my son was what made the whole thing special.  As if playing together weren’t reward enough, Tinker Lab, one of my favorite parenting blogs, recently shared a post about how sensory activities – like playing with paper – play a central role in infant and child brain activity.

Is a Homemade Cupcake Piñata Expensive? 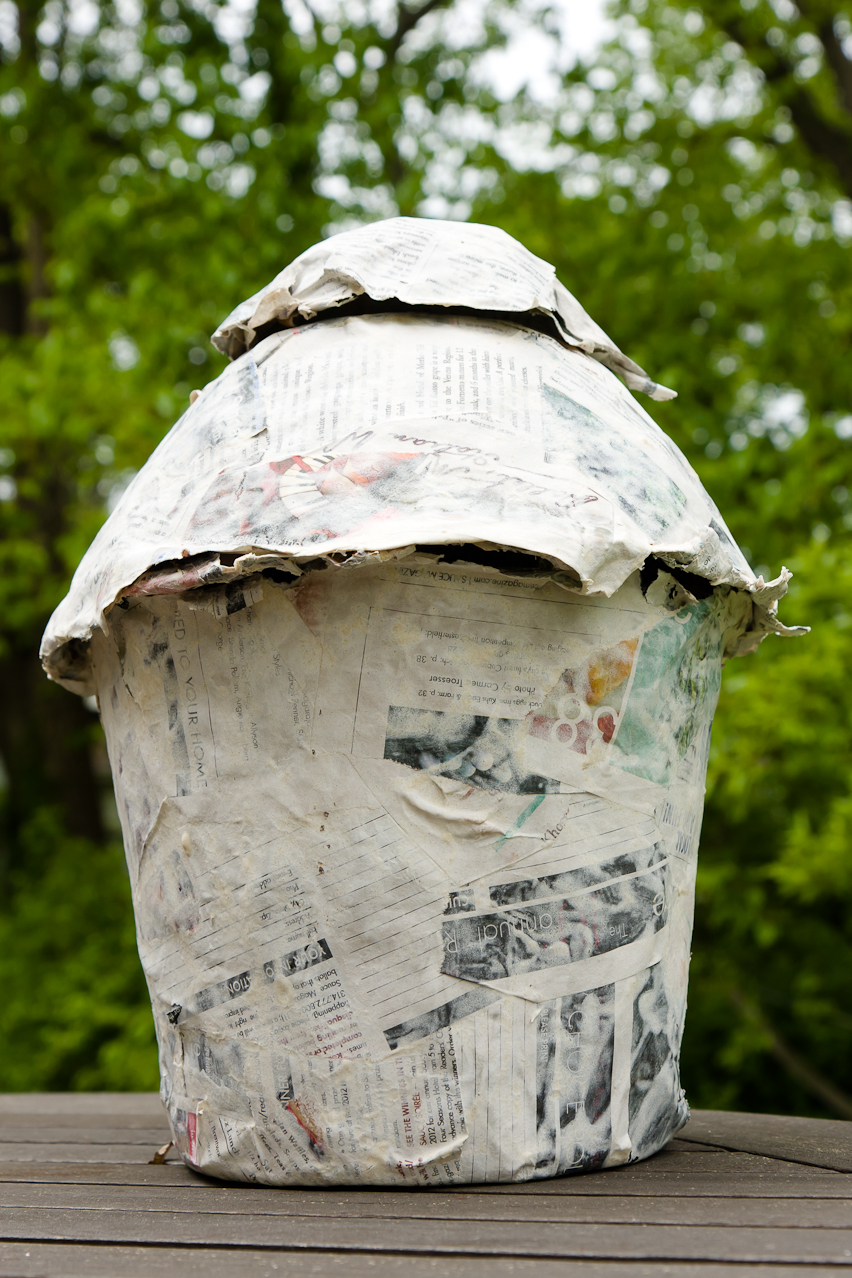 The homemade cupcake piñata is made of paper mache – a craft where paper is shredded, dipped in glue (in my case flour and water), and molded to create a shape.  The molds are removed and you are left with a hard form made only of layers of paper. 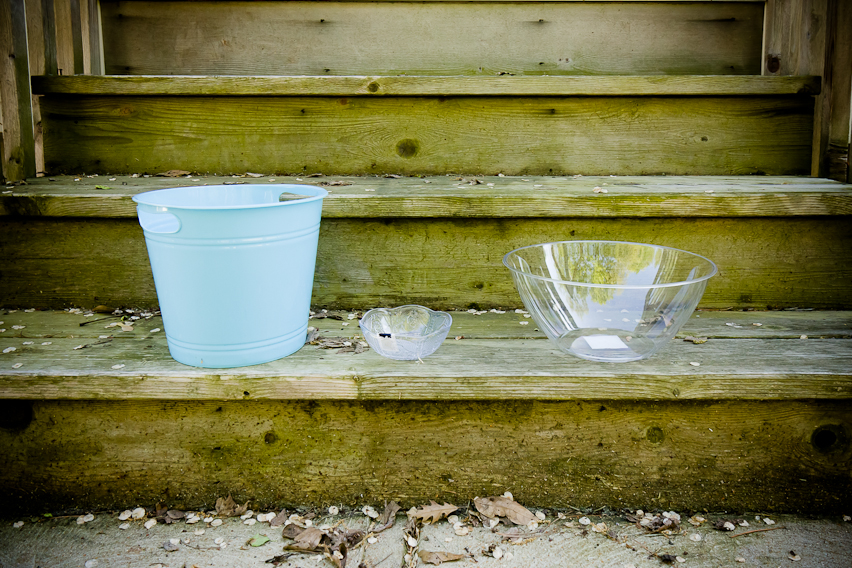 I bought almost all of the tools for making the homemade cupcake piñata at a dollar store: a bucket, two bowls, tissue paper, and pom poms.  I happened to have a large roll of brown craft paper that I used for the wrapper – but you could make the wrapper using paper bags.  I don’t subscribe to a newspaper, so I picked up a bunch of free periodicals at the grocery store (thank you, Sauce Magazine).

How To Make a Homemade Cupcake Piñata 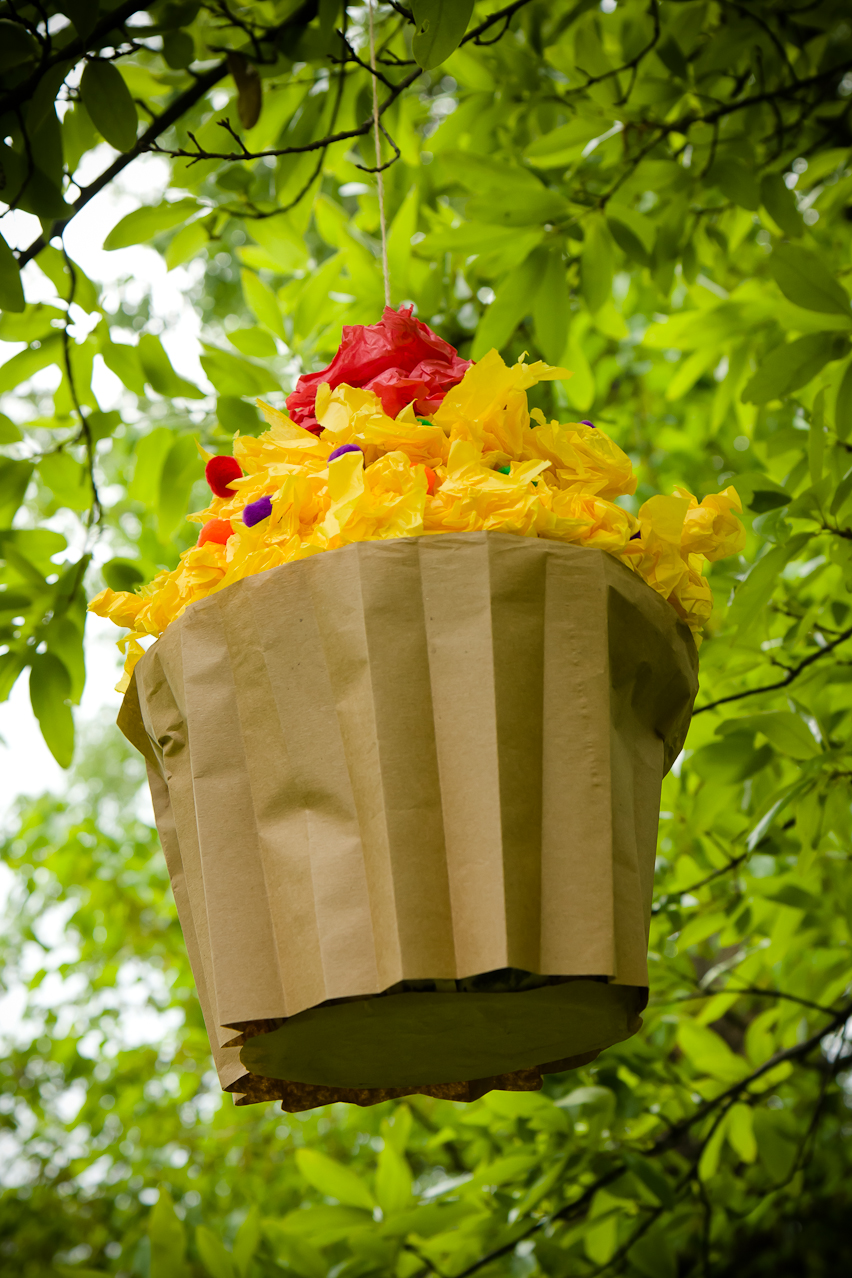 Time:  Start this project four days before you’ll need your piñata.  Don’t worry, there is just a little bit of work to do each day. 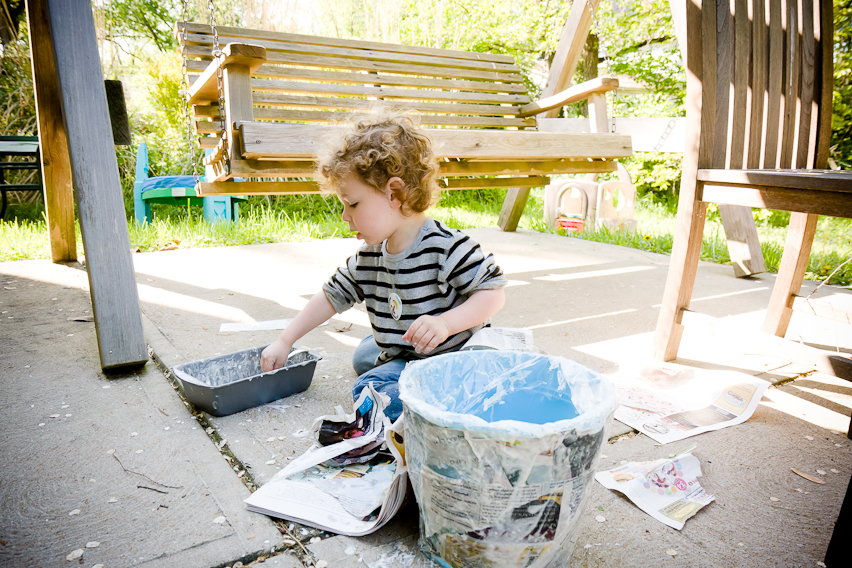 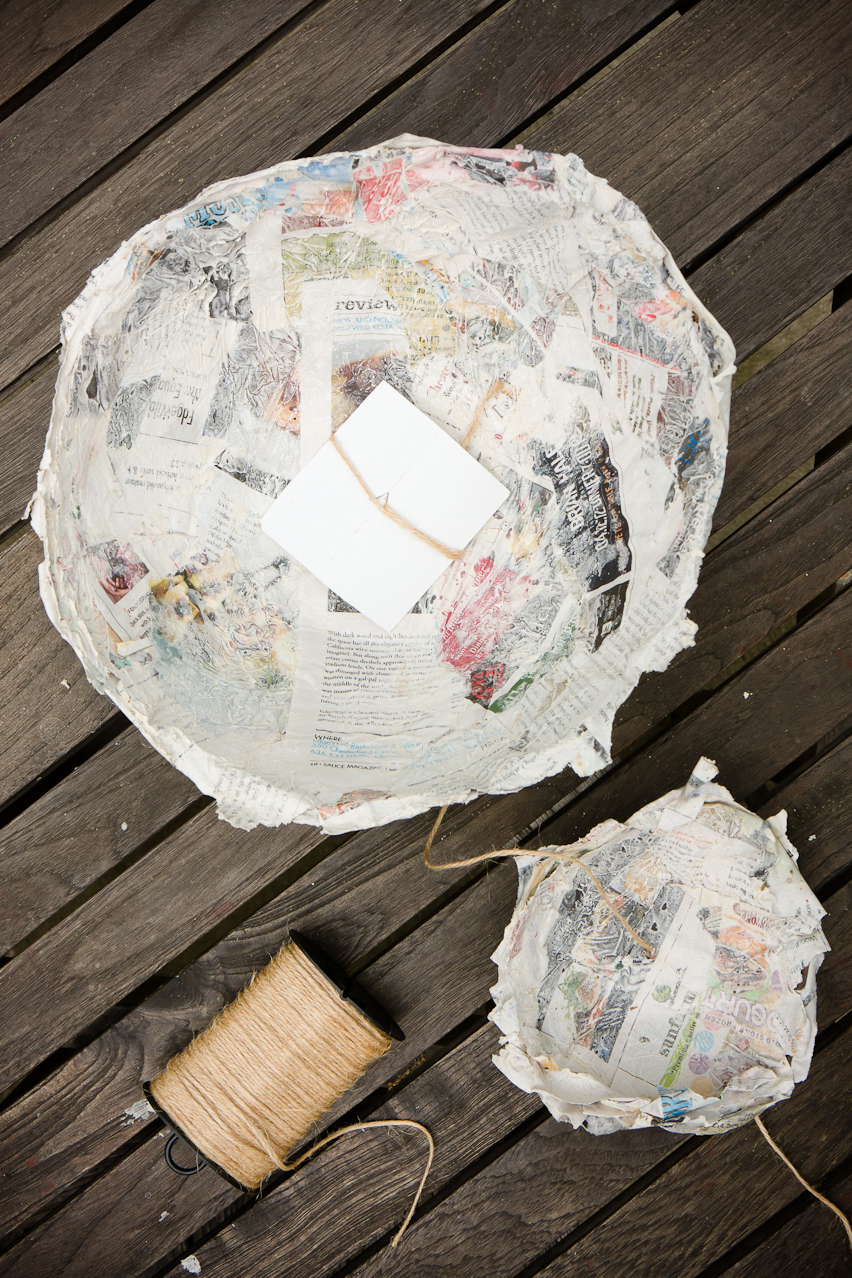 You’ll notice in my decorating photos below that my parts were not yet duct taped together.  This was a big mistake and made things much harder for me. Use the photos for decorating guidance, but definitely be sure to duct tape first. 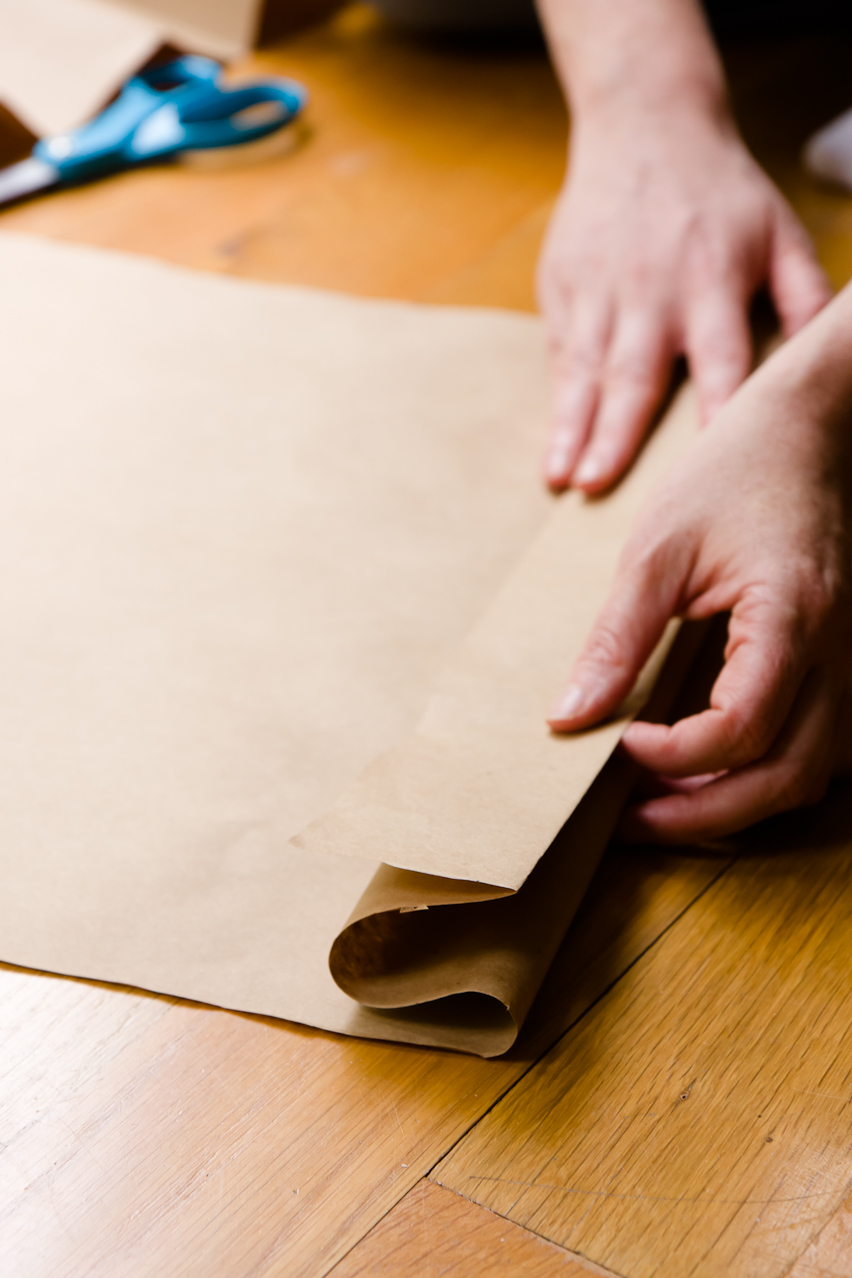 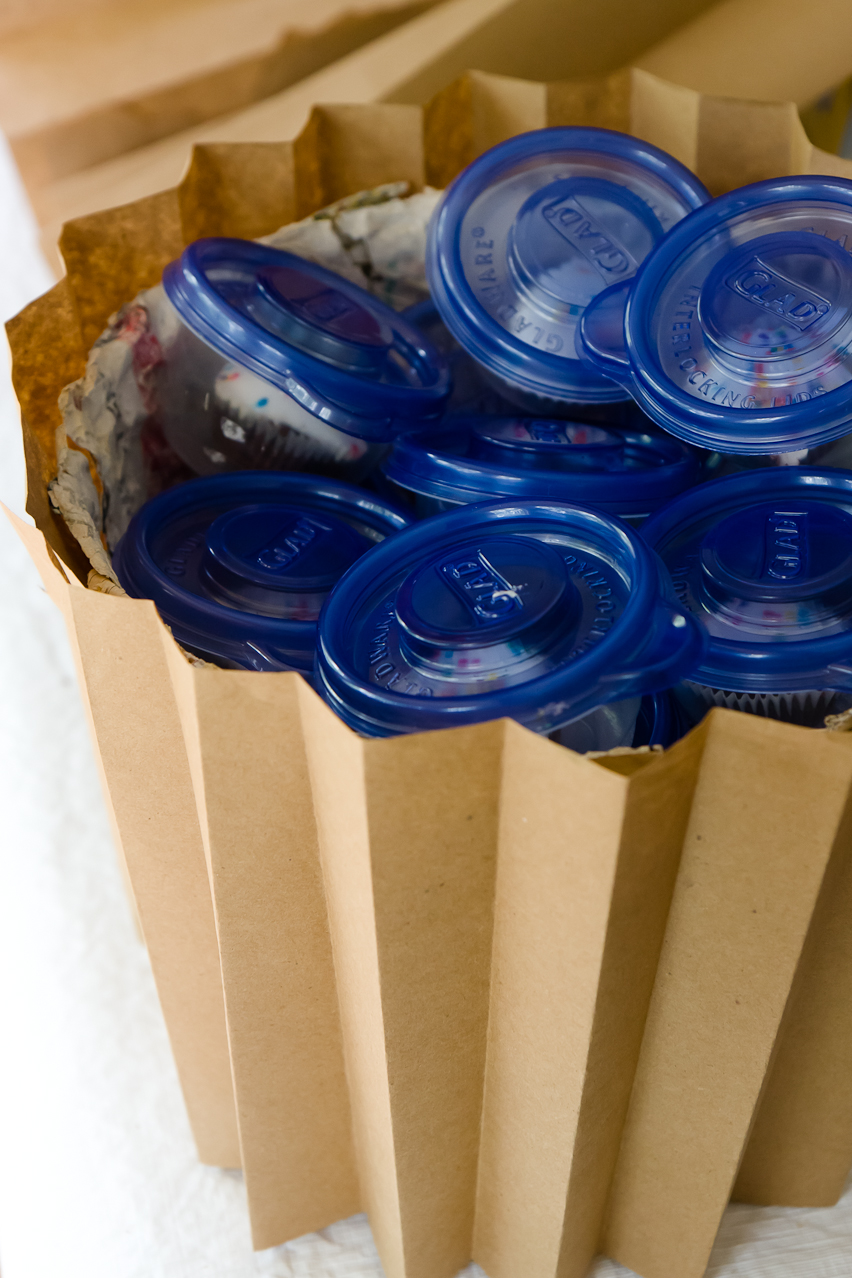 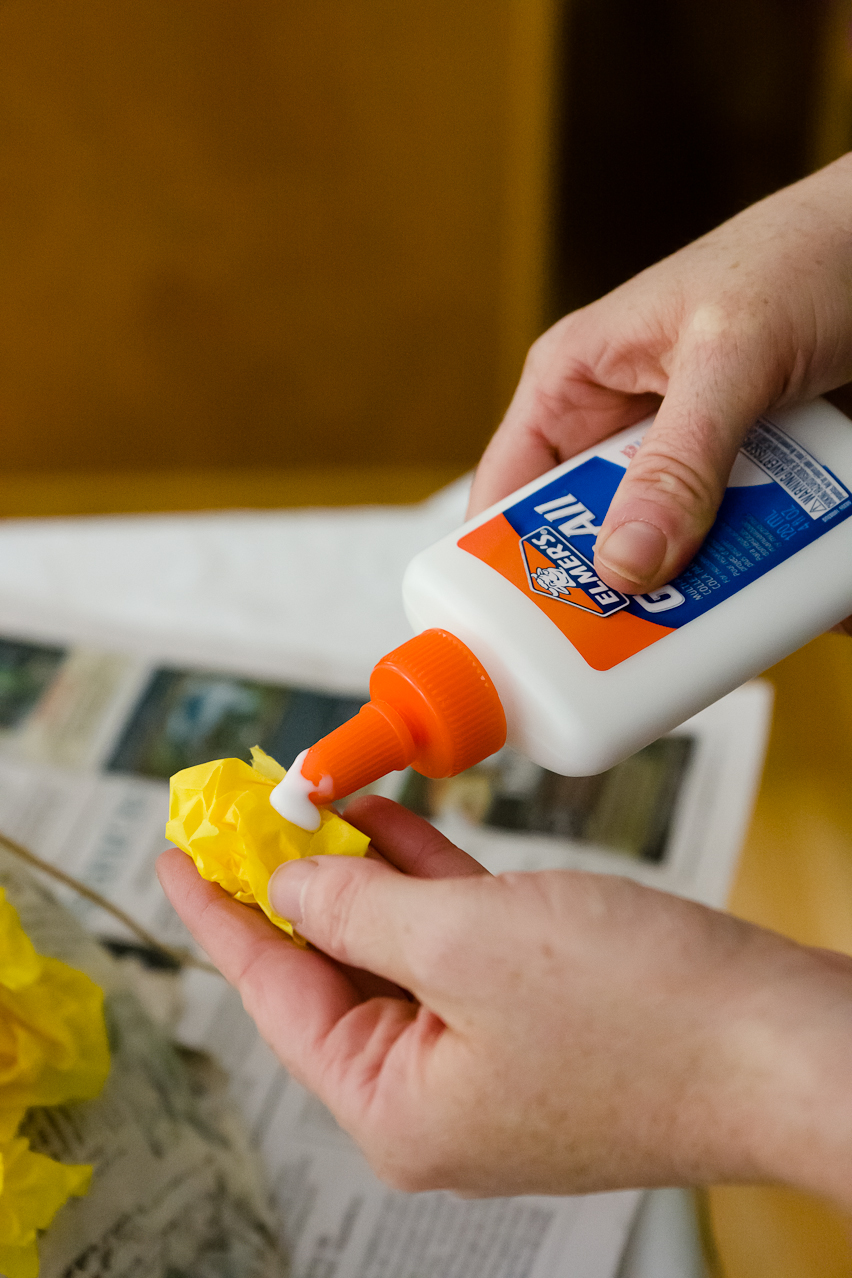 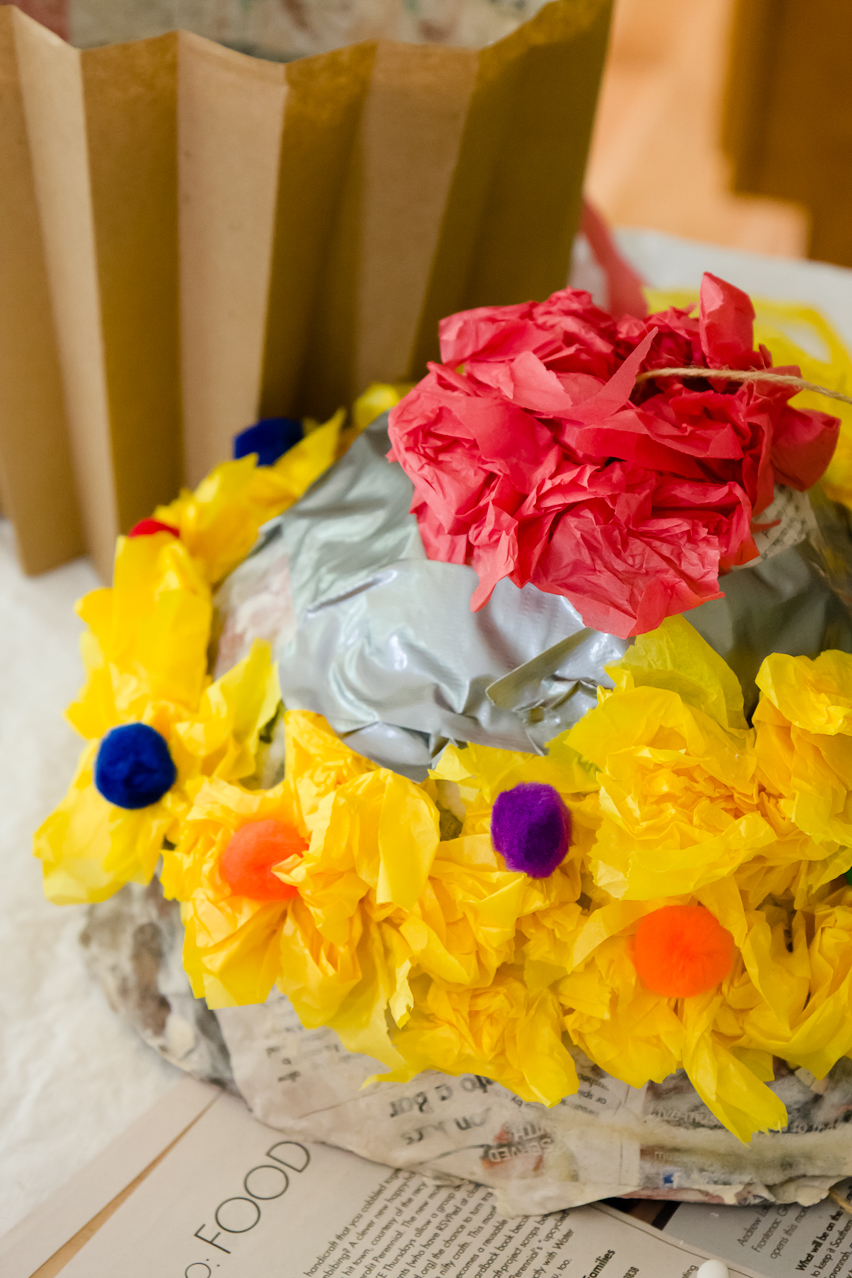 Hanging and Breaking the Piñata:

Tie the piñata to a branch and you are ready to go! 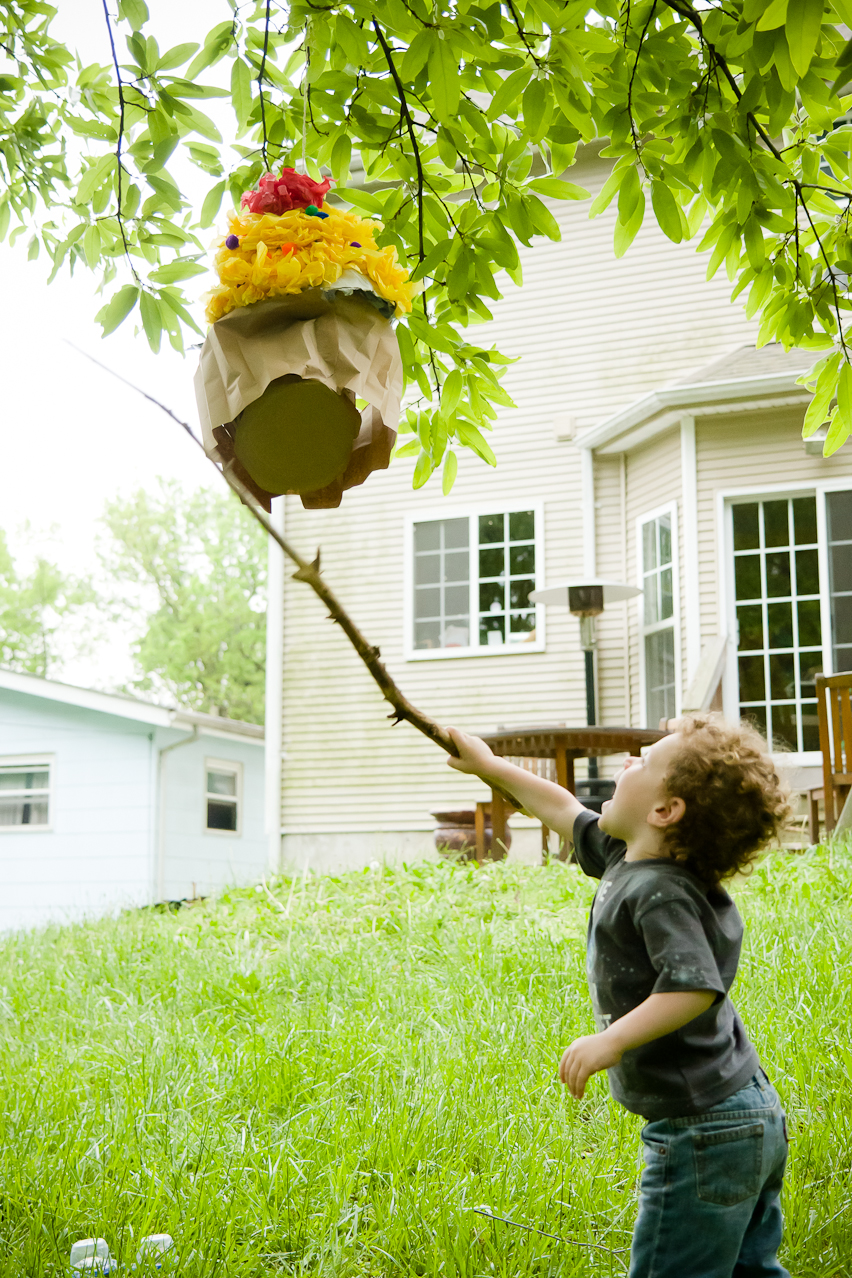 If you’ve got big kids, you’ll probably want to blindfold them before letting them smack the cupcake.  I allowed my little one to try his best with full vision.  He had a blast, but he ended up needing a little bit of help. 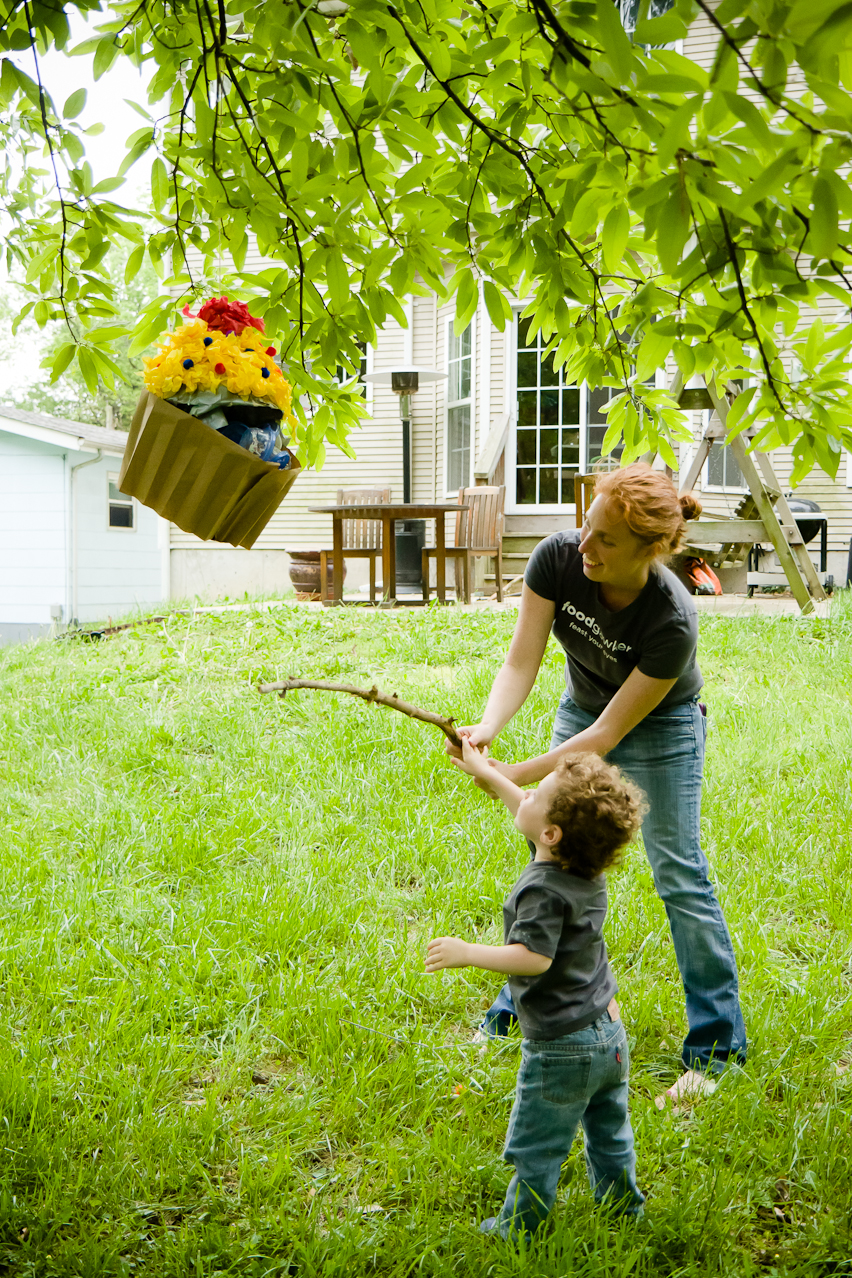 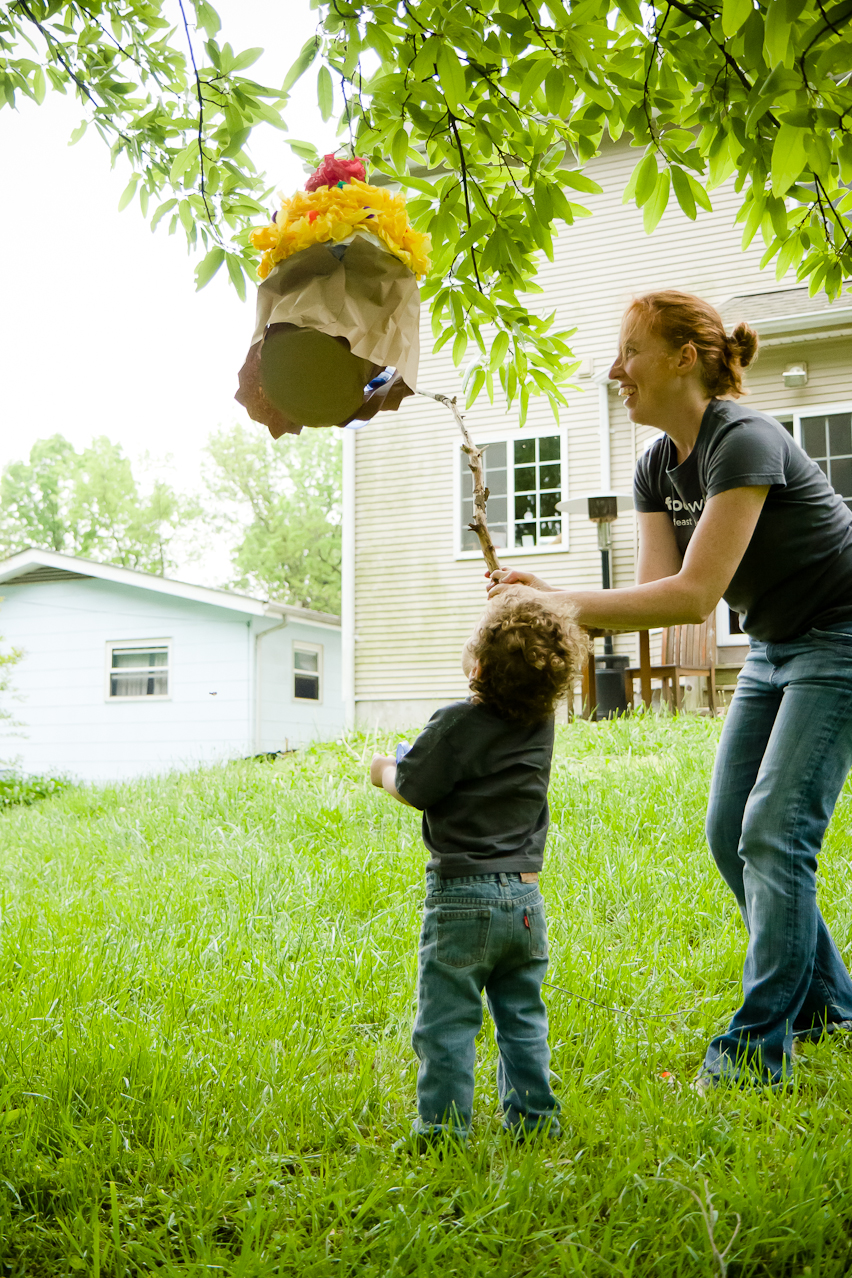 If you make a cupcake piñata, I’d love to see pictures and hear stories!  Enjoy!