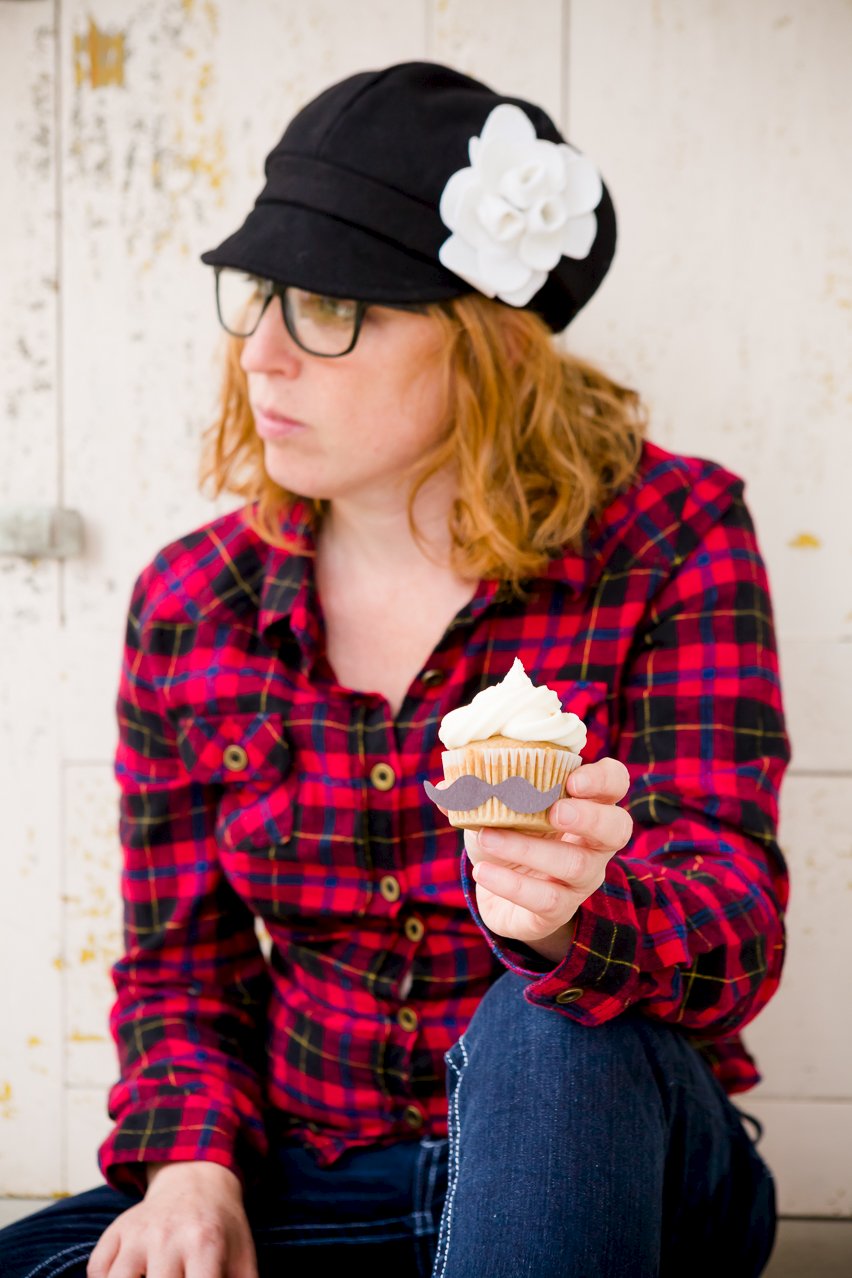 I’m someone who always smiles for photos, rarely wears skinny jeans, and has never worn glasses just for style.  I’m so not a hipster that I had to ask the staff at Plato’s Closet to tell me what to wear for this shoot.  I felt like someone else as I posed by this beat up door (compliments of Clover Hill Interiors) for my hipster cupcake shoot.  But, playing dress up was fun (those of you who have seen my Wild West cupcakes and my absinthe cupcakes know that I don’t shy away from costumes).  Many of us dress up for Halloween, but I encourage you to play with new looks throughout the year – you might just discover one that fits more than you expect it to.  I’m going to wear the hat again – for real, not as a costume – and I’ve already worn the jeans quite a few times.

Dressing up is extra fun if you can get the kids into the act. 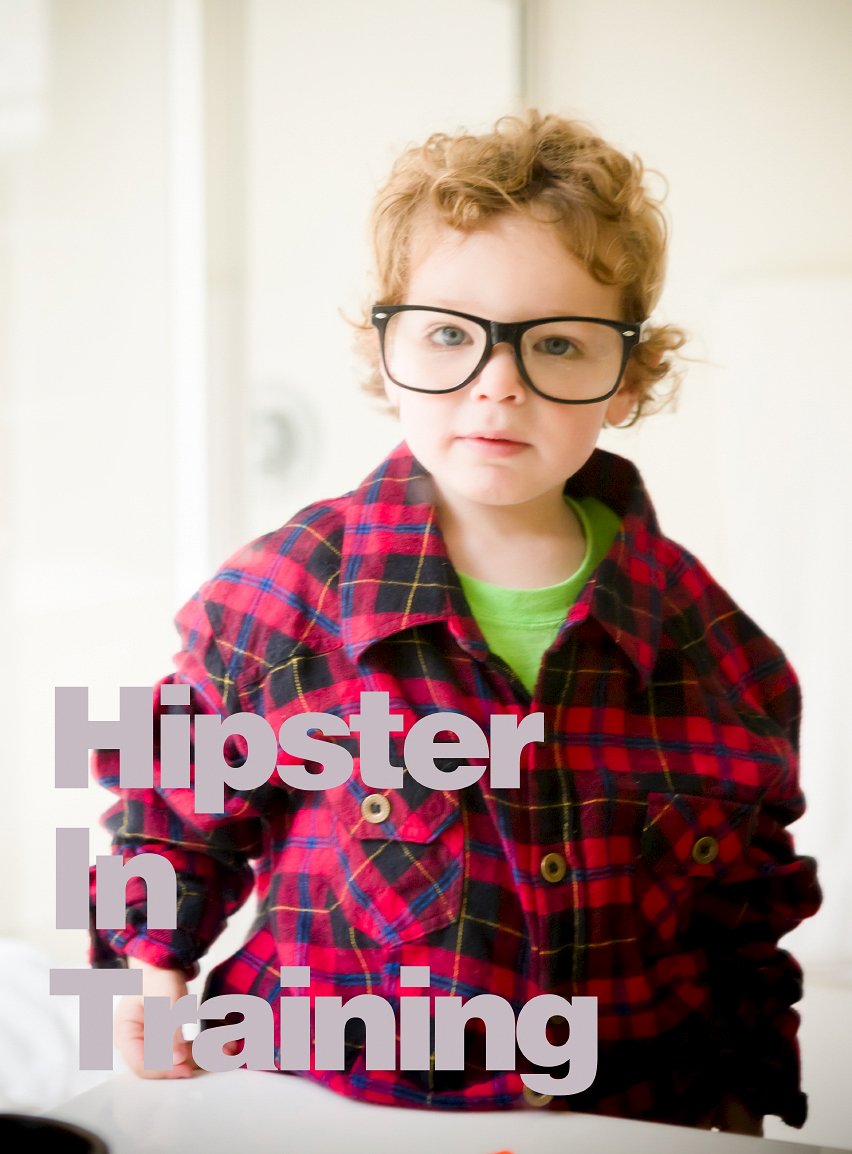 What About the Hipster Cupcakes?

The hipster cupcakes are vegan Pabst Blue Ribbon (PBR) cupcakes made with my vegan buttercream.  (See the article on Quora to learn how PBR became known as the hipster drink of choice.)  The PBR flavor comes through in the cupcakes just enough for you to know it is there, but not quite enough to make you feel like you are eating beer.  It’s tempered by brown sugar, and once frosted, the PBR cupcakes end up being something you’ll sit on your front stoop snacking on while chatting about the latest indie music.

The PBR flavor comes through in the cupcakes just enough for you to know it is there, but not quite enough to make you feel like you are eating beer.
Course Dessert
Cuisine American
Keyword beer cupcake recipe, PBR cupcakes, vegan buttercream
Prep Time 10 minutes
Cook Time 20 minutes
Total Time 30 minutes
Servings 10 cupcakes
Calories 199kcal
Author Stef

For more hipster fun, head over to Best Friends for Frosting to see a guest post from my friend Brooke (of Sucre Shop fame).  She’s prepared just the thing to serve with these cupcakes!