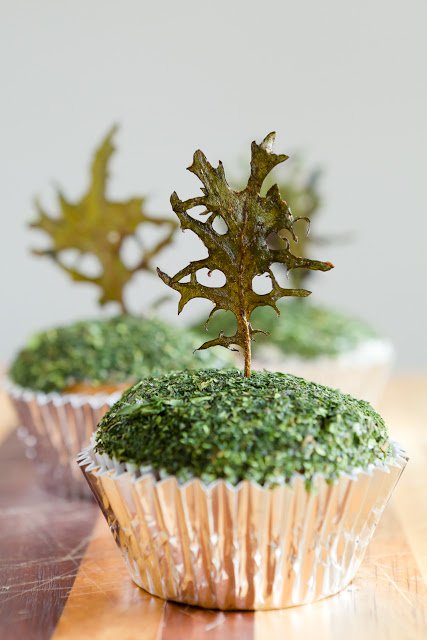 A new bill would allow any cupcake, regardless of fat content, to be counted as a vegetable, as long as it has a small sprinkling of dried greens on top of the frosting. USDA had wanted to prevent that.

Bakeries around the country, the sugar industry, and kids everywhere requested the change, and some conservatives in Congress say the federal government shouldn’t be telling children what to eat.

Nutrition advocate Frannie Bean of the Healthy Persons Organization said Congress’s proposed changes will keep schools from serving a wider array of vegetables. “Are you kidding me?  If cupcakes are the vegetable, what will kids eat for dessert, deep fried butter?” she says.  Ms. Bean also questioned whether children would be willing to eat cupcakes with greens on top of them.  In an informal study, the Healthy Persons Organization found that 3 out of 4 school-aged children would be more willing to eat a piece of broccoli than a cupcake topped with greens.

A group of retired generals advocating for healthier school lunches also criticized the spending bill. They have called poor nutrition in school lunches a national security issue because obesity is the leading medical disqualifier for military service. The retired generals are also advocating for airport TSA screenings to check for cupcake eaters in order to add them to no-fly lists.  They see cupcake eaters as huge risks to our national safety.

Bakeries who have fought the USDA standards say the standards were too strict and neglected the nutrients that cupcakes and other baked goods do offer.  “Some kids,” they say, “don’t eat lunch at all.  Having cupcakes on the lunch line will encourage children to take the in the calories they need to get them through the day.”  They also point out that by providing cupcakes in the school cafeteria, they can lessen the heavy risk of homemade cupcakes being brought to the school.  Cafeteria food, they point out, is always safer than food baked in a home kitchen.

Note: If it’s not entirely obvious, the content of this post is meant as a satirical news story poking fun of the recent congressional decision to continue to count pizza as a vegetable in school lunches due to its tomato paste content.

During my recent stay at a HomeAway condo in Washington, D.C., I wanted to create a Washington, D.C. inspired cupcake.  I asked every local I encountered about what food, drink, or dessert was unique to D.C. and no one had an answer.  I even put out a call on Cupcake Project’s Facebook page seeking ideas; check them out and you’ll see that most people suggested patriotic or red, white, and blue cupcakes – not cupcakes using specific local flavors.

After much thought, a visit to the Dupont Circle farmers’ market (an easy walk from our condo), and an inspired idea by Elizabeth (the girlfriend of one of my husband’s oldest friends), I decided to go with a cupcake that provided some snarky political commentary.  Mixing politics and cupcakes can be dangerous, but I hope you enjoyed the choice I made.

Although I bake and eat a lot of cupcakes, I strongly believe that our schools should be teaching children about healthy eating and real food.

If you haven’t already seen it, Jamie Oliver’s TED talk about our ignorance regarding food is a must watch. To see what our kids are actually eating, I’d also recommend the The School Lunch Project where a blogger and now author of Fed Up With Lunch went undercover eating and blogging about school lunches.

The cupcakes shown in the photos are honey cupcakes made with both honey and honey-flavored Greek yogurt.  They were the best honey cupcakes I have made to date.  I rolled them crushed kale chips (I used Russian red kale, which is smaller than most supermarket kale varieties) as a joke.  However, they actually ended up tasting quite good.  If you try them, serve within a couple of hours or the kale chips will get too soggy and affect the flavor of the frosting. 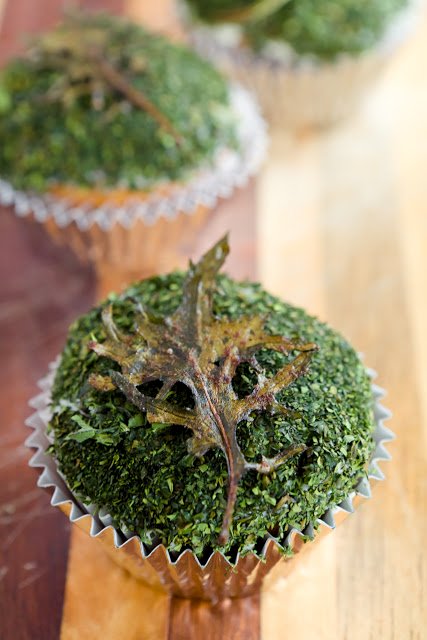 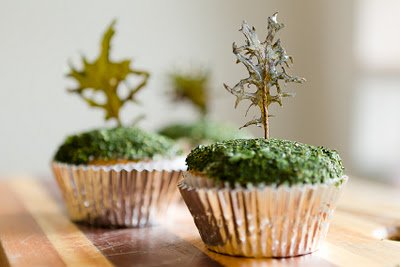