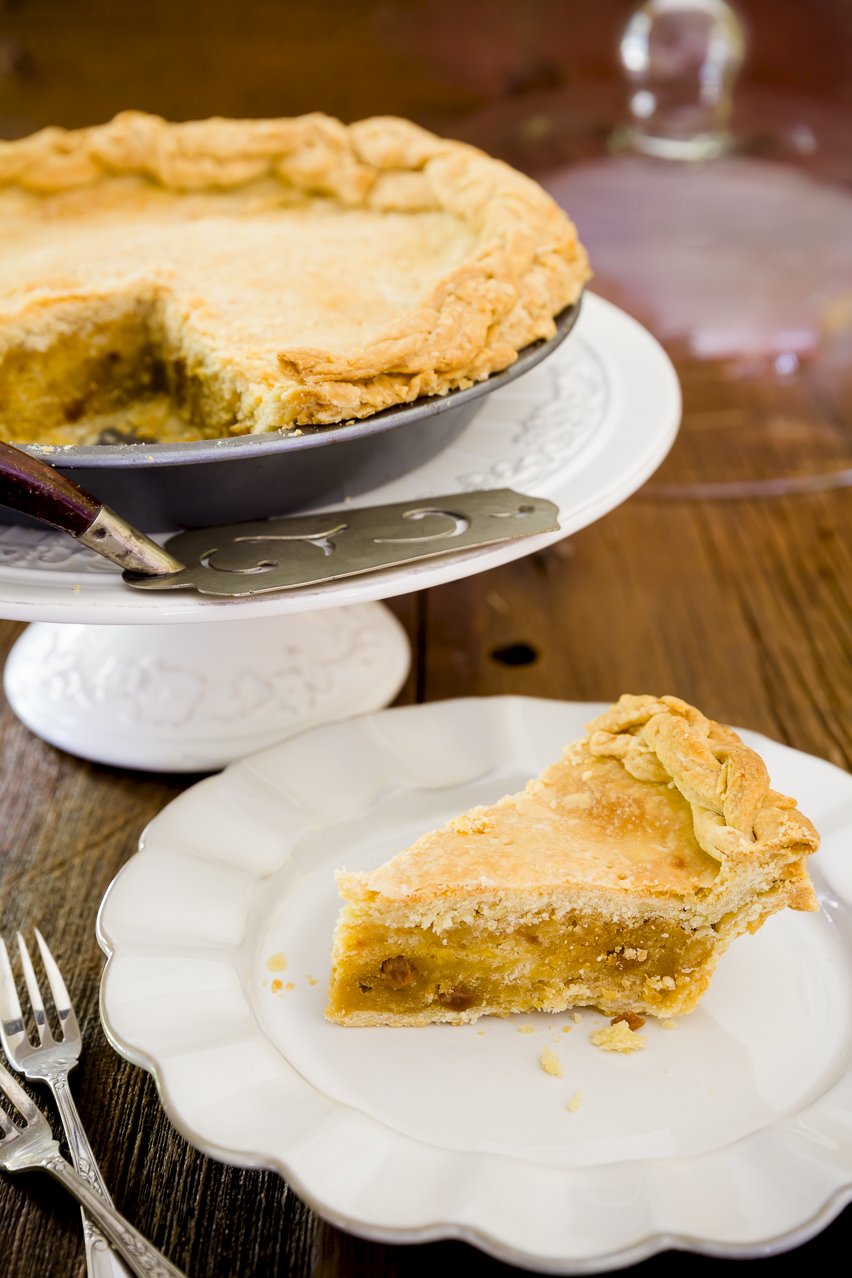 As I sat down to write about this pie, I couldn’t get this childhood nursery rhyme out of my head:

Georgie Porgie, Puddin’ and Pie,
Kissed the girls and made them cry,
When the boys came out to play
Georgie Porgie ran away.

I then re-wrote it to be more relevant:

Stefani Pollack put puddin’ in pie.
Her family ate it and said, “Oh My!”
When the neighbors all came over to play,
Stefani hid the pie away!

Please excuse the creative liberty I took here.  In truth, I really am a sharer.  Seriously, call me almost any day, and I will give you baked goods – my house is loaded with them.

I heard about Wet Nelly from reader Debbie Cahill who said, “Tis rather awesome stuff, it’s an old scouse (ie Liverpool – where I’m from) recipe that goes back to Victorian times I think when people didn’t have a lot of money (otherwise known as being skint). It’s dead cheap to make, dead easy to do, plus it’s vegan as well…My mum in law taught me this as she used to work in a bakery and people used to queue round the block for it.”  Debbie was kind enough to share her non-pie Wet Nelly recipe and I’ll post that after my recipe at the end of this post. 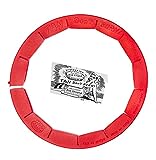 I’ve long struggled with covering the edges of my pies with foil so that the crust doesn’t burn.  The foil has a nasty habit of falling off.  This pie guard works quite well and it adjusts to all different sizes to work on all of my pie pans.  Love it!

Please use my bread pudding pie recipe as a loose guide.  If you have a favorite bread pudding recipe, you can experiment with baking it inside of your favorite pie crust.  The recipe below is ever so slightly altered from BBC’s Wet Nelly.

And that’s all you need! To make it…